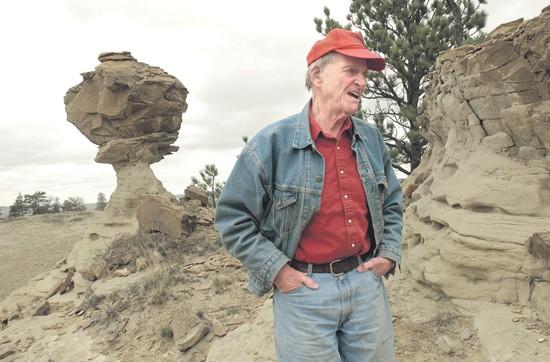 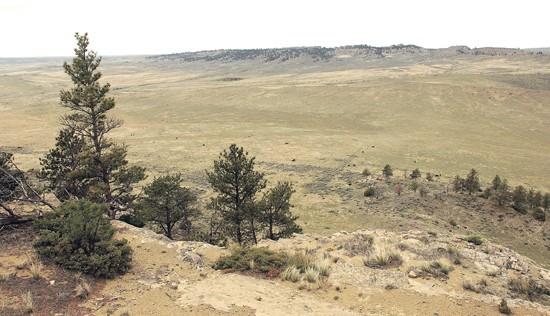 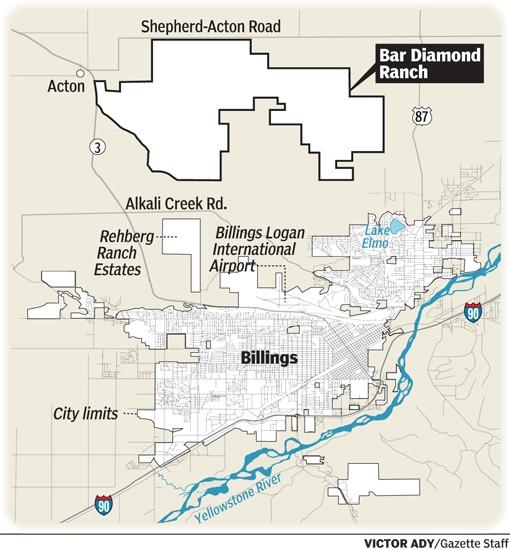 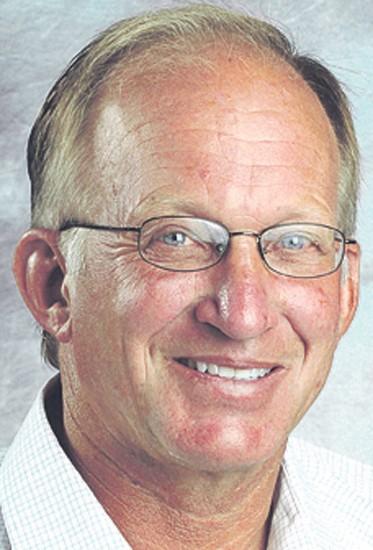 Moving off the ranch where he'd lived for just less than 40 years, Larry Carpenter made numerous trips over a six-week period, hauling out tools, equipment and other belongings. The last thing he picked up was a tractor, which he drove slowly off the ranch.

"It was pretty emotional," he said. "It was really strange driving past my house. It wasn't mine anymore."

The new owner of the Bar Diamond Ranch, a 15,800-acre spread that stretches from Highway 3 just south of Acton nearly to Highway 87, and from the Shepherd-Acton Road on the north nearly to Alkali Creek Road, is Richard "Dick" Brown, a former president and CEO of H&R Block.

With input from two of Vince's children and two of Jack's, who served on the board of directors that ran the ranch, the two patriarchs decided in 2006 to sell the Bar Diamond. Various members of both families worked on the ranch over the years, but the main caretakers were Larry Carpenter and his family, who moved out there full time in 1969.

It is one of the larger private land holdings in Yellowstone County, and part of what made it unusual was its proximity to a large airport and access from multiple public roads.

David Dietrich, Jack's son and an attorney in Billings, said the families were also fortunate in their timing.

"We think we were really lucky when we sold it because the market really went flat after April and May," he said.

Family members declined to say how much the ranch ultimately sold for, but when it was listed by Jake Korell of Landmark of Billings, the asking price was just over $19 million. The sale was handled by Cory Clark of Lusk, Wyo., the owner of Clark and Associates.

Clark, saying Brown preferred to keep a low profile, declined to say anything about his client or plans for the ranch. One of Clark's associates, Denver Gilbert, is managing the ranch for Brown, who also used to be CEO of Electronic Data Systems, a company founded by billionaire and presidential candidate Ross Perot.

Vince Carpenter said he and his wife had "a delightful meal" with Brown and his wife at Jake's restaurant in Billings a few weeks before the ranch sold, and he was impressed with the Bar Diamond's new owners.

"I was gratified that the buyers were the kind of people they were - down to earth, friendly, accessible," Carpenter said.

Brown wanted to preserve as much of the ranch's authenticity as possible and asked to keep branding irons, a sheep wagon and other historical artifacts associated with the ranch, as well as rights to the Bar Diamond name, all of which were granted, Carpenter said. Brown intends to continue the Bar Diamond as a working cattle ranch, he said.

David Dietrich said Brown has substantial land holdings in Florida and Maine, and this apparently is his first foray into the Western land market. Dietrich said he heard that Brown's investment strategy involved buying land and holding onto it for the long term.

One issue the families had to deal with was whether to break the ranch up into smaller parcels or to try selling it intact. David Dietrich said he was the first member of the board to suggest breaking the ranch up, but was "corrected" by other family members, whose wisdom he now recognizes.

One 640-acre section of the ranch was withheld from the sale because it was west of Highway 3, and Brown thought it would be better not to have such a barrier through his property. Larry Carpenter and his wife, Kris, bought 214 acres of that section. Larry said he wants to get another horse one of these days, and he'll soon be moving a "pet cow" out to his land. The cow, which is 14 or 15 years old, was raised by his son and is out at a "horse place" in the Heights for now.

"That'll be the only livestock," Larry said. "She'll be there by herself."

The owner of the Feedlot Steakhouse in Shepherd admitted he received about $75,000 in COVID-19 relief loans from the Small Business Administra…

NorthWestern Energy’s plans to build a gas-fired power plant have stalled in Laurel, where neighbors say the generator will ruin their quality…

Billings city manager gets high marks and a raise

Most of the Billings City Council is delighted with the performance of its city administrator.

Adult and Teen Challenge opened two months after the initial COVID lockdown, and demand for addiction treatment was apparent as applications kept rolling in for the men’s campus.