The Mental Health Center's HUB at 515 North 27th Street is slated to close. 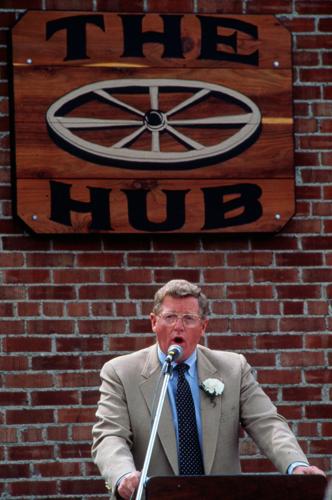 Sen. Conrad Burns was present at the grand opening of the HUB, a drop-in mental health treatment and social activities center, in May of 1992. 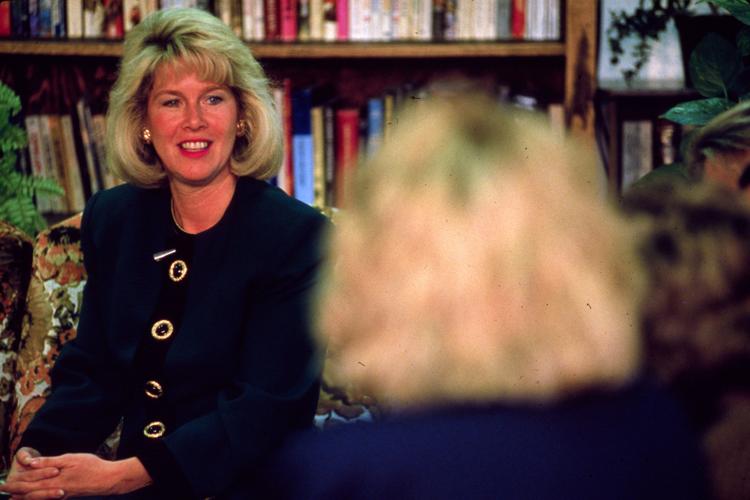 The Mental Health Center, a 13-county organization that provides public mental health and homeless services to the region, announced last week the HUB would close permanently on Oct. 1 due to a gap in its funding.

Funding for the HUB comes from the Mental Health Center, which in turn receives its funding from the 13 counties using its services. Representatives from each county sit on the MHC board.

HUB will close in October, services moving to other locations in downtown Billings

In budgeting for the upcoming year, Yellowstone County did not provide the funding it has traditionally directed to the Mental Health Center for the HUB. Instead, the county allocated a portion to Alternatives, Inc., a pre-release program that helps at-risk offenders learn life skills, deal with addiction and stay out of jail.

The county funding redirected to Alternatives comes from the state and is generated from alcohol sales and distributed to individual counties to be used for alcohol prevention programs.

Each year, Yellowstone County receives roughly $250,000 to $300,000 in state alcohol money; 83% goes to the Rimrock Foundation, which treats addiction, and 17% in the past has gone to the MHC. But this year, the 17% was redirected to Alternatives.

The biggest chunk of Yellowstone County funding to go to the MHC comes from a mill levy worth $1.3 million passed by county voters in 2010. The language in the levy stipulates the money must be used on mental health services that aid law enforcement.

In the past, roughly 85% of that money has gone to the Community Crisis Center and 15% went to the MHC, which in turn funded the HUB. The funding is typically doled out in November.

In this year's budget, the county eliminated the language and the allocation proportions specific to the MHC and the Community Crisis Center. In its place, Yellowstone County inserted language that would be determined at a later date where the funding would go.

This fall, Yellowstone County plans to put the mill levy funding up for bid to area mental health and homeless services that want to apply for it. Commissioners will then award the bid to the organization that best fits the county's request for service.

"Let's find efficient ways to do things," said Denis Pitman, chairman of the board of Yellowstone County Commissioners.

Pitman expects services like the Mental Health Center, the Community Crisis Center and Rimrock all apply for the funding. By going through that process the organizations will then have to be accountable to county commissioners for the services they offer.

"One of the big differences is (it requires) a report back on how you're utilizing the funds," Pitman said.

In the meantime it's created uncertainty for the MHC Board around the funding it typically receives for the HUB. In the absence of secure funding, the board last month voted to close the HUB.

"It's Yellowstone County's money," said Carl Seilstad, chairman of the MHC board and a Fergus County commissioner. "They made the decision to redirect the money and we have to live with the decision."

"I'm a commissioner and we have to make those decisions all the time," he said.

Pitman and fellow commissioner Don Jones have long bristled at the way funding from this mill levy has been spent by the county. They've questioned the services provided by the HUB and argued that it duplicates services offered by other organizations in Billings.

It eventually became a point of conflict. Community leaders from various organizations, including the HUB, argued last summer that both Pitman and Jones seem to have little understanding of what services are offered by the various organizations in town and how they're administered.

Last summer, the commissioners looked for ways to move the HUB from its current location near the corner of 6th Avenue North and North 27th Street to the South Side, to the old Granny's Attic building owned by the Montana Rescue Mission on Minnesota Avenue.

The idea was met with significant pushback from community mental health leaders and it all culminated last fall when Pitman suddenly announced his resignation from the MHC board, citing his differing vision for mental health services from the rest of the MHC.

At that point, the commissioners decided the best option was to put the mill levy dollars up for bid. It had planned to put out a request for services earlier this spring and have all the mental health and homeless organizations in town bid for the mill levy funding.

The COVID-19 outbreak in March sidelined the process and now the county plans to put out its request for bids this fall.

Like the HUB, this move also creates uncertainty over the Community Crisis Center.

The Community Crisis Center is located two blocks from St. Vincent Healthcare and three blocks from Billings Clinic. It was launched in the early 2000s as a joint venture between the two hospitals and other community partners in an effort to ease pressure on the emergency departments at the hospitals and to help keep chronically intoxicated and mentally ill patients out of the county jail.

It is open 24 hours a day year-round and is often the first stop for those who are having a mental health crisis or are too intoxicated to function. They can stay only for 24 hours, enough time to get them assessed by mental health and substance abuse professionals and to connect them with the services best suited to help them.

Many of the organizations that provide assistance and outreach to Billings' transient and homeless populations have worked to make sure they're doing what's possible to meet the needs of those they serve while taking steps to ensure they and their employees are safe.

The kitchen and cookware store, Zest, had a soft opening on Friday, located at 110 N. 29th St., where Wise Wonders Children’s Museum was previously located.

Those who need it can still get a bed for the night at the Montana Rescue Mission in downtown Billings, and they may even get a little more sp…

HUB property in Billings goes up for sale

The HUB property in downtown Billings has officially gone up for sale.

The Community Crisis Center's mission has never been an easy one and the challenges it's facing now have made that mission feel especially difficult.

Gunman kills 10 in ‘racially motivated’ shooting in Buffalo, US

The Mental Health Center's HUB at 515 North 27th Street is slated to close.

Sen. Conrad Burns was present at the grand opening of the HUB, a drop-in mental health treatment and social activities center, in May of 1992.