“She told me to always stay in school,” the Senior High senior said.

That hasn’t been always been easy. Amid family challenges, Bear Crane struggled earlier in high school.

“It was like a cycle that I’d been going through for the last two years, and I was just done with it,” she said. “I just felt stuck, like nothing was going to change.”

But Bear Crane persevered, and got on track academically and behaviorally at school. She’s on schedule to graduate this spring and hoping to attend college.

Brandon Covers Up saw that potential in her from the beginning. The Senior High teacher met her before Bear Crane began her freshman year at a high school transition program for American Indian students.

“She just had these characteristics of a strong, confident person,” Covers Up said.

But school didn't go well for Bear Crane during her freshman year, and she struggled with some family relationships outside of school. She often lived with an aunt or grandma.

But she hit a turning point during her junior year.

“Junior year was where I decided to do it for me,” Bear Crane said.

“It’s a tough thing to do, to make a comeback, when you’re struggling,” Covers Up said. He credited family relationships that were positive as an influence that “just kept her going.”

Bear Crane lost one of those relationships as her senior year approached; her grandma died.

“I didn’t even want to come back to school,” she said. “I just had all this hurt and I felt like I didn’t have anyone.”

But she leaned on her grandmother’s advice.

“I've got to get it done, even if I am hurting. It just makes you hurt more, I feel like,” Bear Crane said, if you don’t try to move on.

Bear Crane, a Crow tribal member, has also found community at Senior, where she’s been involved with the school’s Native American Club.

But she has been involved in tribal-related advocacy for years.

Bear Crane’s father, Steven Bearcrane, was shot dead when she was two years old. His parents, Cletus and Earline Cole, filed a discrimination lawsuit against the FBI more than 10 years ago, arguing that investigators failed to do a thorough job and that the investigation was racially biased. Some claims were thrown out in 2010, but the family recently won a victory when a judge ordered that the case go to trial.

Precious recently attended a court hearing on the issue. It still bothers her, she said, that investigators appeared to treat the case “like it didn’t matter.”

“He needs justice,” she said.

She plans to continue to stay involved with the case, even as she makes post-high school plans.

Bear Crane hopes to attend college. She’s not sure what she wants to study, but she believes that the lessons she’s learned about the value of education will help her along.

The Above and Beyond series highlights Billings-area students whose stories might miss the limelight, but are nonetheless examples of grit, determination and inspiration.

Ruth Johnson used to scoff at the notion that her dyslexia ever could be a good thing.

The advice that Katie Bosch has for other students seems to fit with the bubbly personality one would expect from a homecoming queen: have fun.

BILLINGS — Trajan Hill has a lot to be proud of.

Alexa Reimer knows what it’s like to live with pain.

For a long time, Chamique Not Afraid’s grandmother raised her. And then when the health of her káale — the Crow word for grandmother — decline…

Terin Hennessy has learned to live with seizures, physically, socially and emotionally — and with the reactions of her peers.

Billings high-schooler finding her way through showing animals in 4-H, gymnastics, and volunteering

Dallas Roe still remembers the first time she showed a cow in 4-H. The heifer was particularly ornery, not wanting to follow the then-9-year-o…

At the Billings Career Center on Saturday, kids were wobbling around a classroom trying out their makeshift prosthetic legs created out of PVC…

Camdin Davis wants to work in law enforcement after he graduates from Roundup High School this spring.

Twelve schools in North Dakota are operating on a four-day week for at least part of the year, up from six the year before.

“I realized the path I was walking on, it wasn’t going to get me anywhere,” Absarokee High School senior Garric Zugaza said of his academic turnaround. 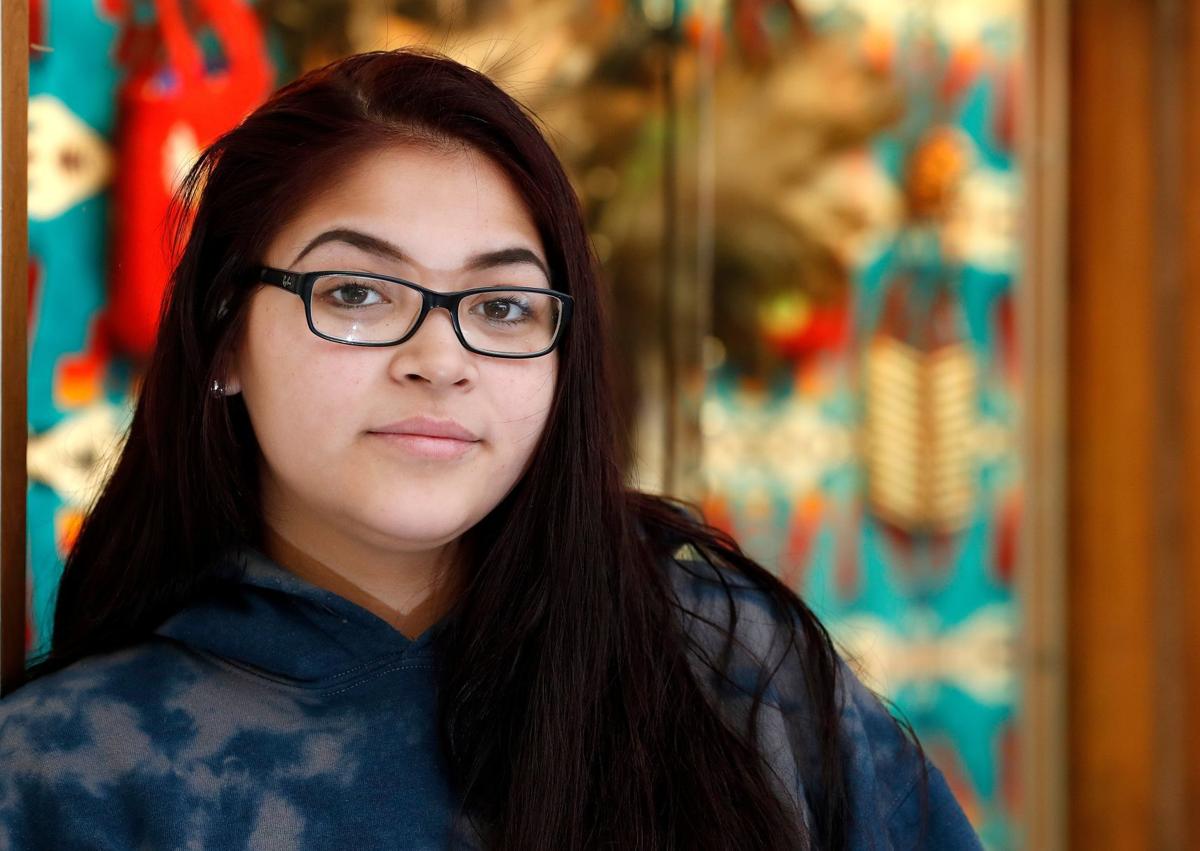