At some point it's going to take more than volunteers.

Earlier this year, a late-morning single car accident near Worden left the volunteer fire department there scrambling to dispatch an ambulance. A disagreement within the department earlier that week had led to a handful of volunteers resigning in protest, which left its ambulance crew understaffed to respond to the request for service.

Unable to dispatch an ambulance, Lockwood Fire stepped in. All fire agencies in Yellowstone County have signed onto a mutual aid agreement, which means when one department can't get to an emergency call another agency more available will step in.

"It's huge," Phil Ehlers said of the mutual aid agreement. "If they ask for aid, they'll have it. The support will come."

Ehlers is chief of the Shepherd Volunteer Fire Department and president of the Yellowstone County Fire Council, and sees the mutual aid agreement as the tool that makes volunteer emergency services in the county work.

Ehlers' description of the mutual aid agreement is a sentiment shared by nearly every leader of a volunteer fire department and emergency service in Yellowstone County. The agreement is key to these agencies being able to do their jobs, and in many ways it's helped foster a strong sense of camaraderie among the various departments across the county.

The concern among some volunteer fire chiefs is that at some future point the mutual aid agreement won't be enough. The rural population in Yellowstone County is growing quickly, emergency agencies increasingly struggle to find and retain volunteers, and every year calls for service go up.

At some point a department's call for mutual aid will go out and the other agencies will be unable to respond.

"It's not going to be long before we have to say no," said John Staley, chief of the Lockwood Fire District. "And then what?"

The vast majority of Yellowstone County residents who live outside of Billings are protected by a volunteer fire department, from Park City, Laurel and Blue Creek on one end to Shepherd and Worden on the other. Molt to the west is also all volunteer.

And as the population in unincorporated Yellowstone County continues to grow, those fire departments will be spread increasingly thin as they work to answer all the calls for service they receive.

The Laurel Volunteer Fire Department has seen the increase in calls. Laurel is the largest volunteer fire department in the state with a roster of 45 volunteers covering a city of 6,629 people along with a swath of unincorporated Yellowstone County around the city — all told about 125 square miles.

Chief Brent Peters has been a volunteer firefighter with Laurel most of his adult life. He talks about being with the agency in 1998, the first time Laurel received more than 100 calls for service in one year.

It was a big deal, he said, and one their first indications that life was getting busy for the fire department.

Last year, the department received roughly 500 service calls and Peters expects that number will only continue to grow. Still, as busy as his department has become, he's proud with how his crew has kept up.

"It's having the right members," he said. "We have never not responded to a call."

Peters, who works for ExxonMobil as his day job, was quick to point out that sometimes he'd be the one to pick up the call to make sure it was answered. Of the 45 volunteers on his roster, 35 are his regulars with the remaining 10 serving as his go-to when the regulars can't respond.

Many of his firefighters are raising families and involved with their careers; many have spouses or partners who work full time, too. To help combat burnout, Peters tells his department that family comes first and that they should prioritize the family get-togethers and the Little League games.

He keeps a deep bench of volunteers "so that they can continue to watch the kids in their glory years," he said. "We can't do what we do without the support of our families."

It's a philosophy embraced by Ehlers in Shepherd.

The amount of time required to serve as a volunteer firefighter or EMT is so much — sometimes 20 to 30 hours in a week — that it has to be balanced with family life. And so Ehlers, a volunteer like the others, is careful about when and where he calls up his volunteers.

"These guys only got so many hours in their checkbook," he said. "Where do you want them to spend it?"

The worst thing a volunteer department can do is call up its firefighters or EMTs and then have nothing for them to do once they get to the scene.

"You can't take for granted their value," he said.

Shepherd has a roster of about 50 volunteers, Ehlers said, but it's 12 to 14 of them that get called up regularly. His department responded to 166 medical calls, 49 grass fires and 33 car wrecks last year.

Like other volunteer departments in the county, Shepherd responded to more medical calls than other requests for service. But his volunteers see just about everything, and that too can add to burnout.

"You have to balance what they do," he said.

Philip Hackman, the new volunteer fire chief for Worden, talked about the toll the job can take on those who volunteer. Hackman has been chief for just over a week. His predecessor, Lance Taylor, had been with the Worden Volunteer Fire Department for decades before retiring last month.

In fact, of the roughly 300 calls for service Worden gets in a year, 280 of them are medical calls.

It's a taxing job and it makes it difficult to keep volunteers around, and then to find new ones when numbers drop.

"The biggest challenge is getting people," Hackman said.

While they regularly respond to serious calls involving bad wrecks and big fires, increasingly the department gets called out for issues like a bleeding hangnail or a scraped shin.

In February, Taylor talked about how he once dispatched a crew on a 2 a.m. medical call that turned out to be a stubbed toe. When that's the kind of call to which volunteers rush to respond in the middle of the night, they start to think maybe this isn't worth the effort, Taylor said.

Hackman said that certainly plays a role, but it's not the only thing.

"What's worse is when you have back-to-back calls," he said, one of them trivial, the other serious, like a fatality at a traffic accident. That takes a big psychological toll and can eventually burn people out, he said.

Hackman, a volunteer, wants to make the department more family-oriented as a way to help retain volunteers, following the lead of Shepherd and Laurel. To attract new recruits, he'd like to partner with area schools and develop a program that would expose high-schoolers to firefighting and paramedic work.

"That's something we need to start," he said.

Staley, the fire chief in Lockwood, has seen the decline in volunteer emergency workers accelerate in the last 10 years. He's had a long career, having worked for four fire departments in three states over the last 45 years.

Lockwood is a combination fire department that uses both professional and volunteer firefighters and EMTs; regionally, both Columbus and Red Lodge use the same model.

The decline in volunteers that Staley has seen over the past decade follows some well-documented demographic shifts. Volunteerism in general is down, as members of fraternal and service clubs, like the Elks Lodge and Kiwanis Club have seen, he said.

Along with that, life seems to be busier and more expensive. Staley has seen an increase in young college graduates and newly married couples having to take on additional jobs in order to just get by.

"They're literally working harder to make ends meet," he said.

And that means less time to volunteer. The demands are also higher; firefighters do much more than fight fires. Staley pointed to the number of highly technical rescues emergency crews in the county perform, pulling people off the Rims and out of the Yellowstone River.

On top of all the medical calls to which they respond, volunteers respond to accidents on the interstate and are equipped to deal with hazardous materials spills on roadways.

In the summer, many of the volunteers in the rural fire departments are paid by the Montana Department of Natural Resources and Conservation to fight wildfires.

All of it requires time-intensive and expensive training, Staley said, which further pares down the volunteer pool.

As that pool shrinks, the mutual aid agreement across the county has been an important tool for sharing resources and ensuring when someone in rural Yellowstone County dials 911 an agency will respond.

But Staley and others worry about how long that will last as the county's population grows and the number of volunteers continue to dwindle.

"There's no way we can meet the demand that's coming," Hackman said.

When emergency crews from the Lockwood Fire Department showed up to a auto accident early Tuesday afternoon all they found was a car.

A 71-year-old woman died Monday in a rollover crash on a rural Custer County road. 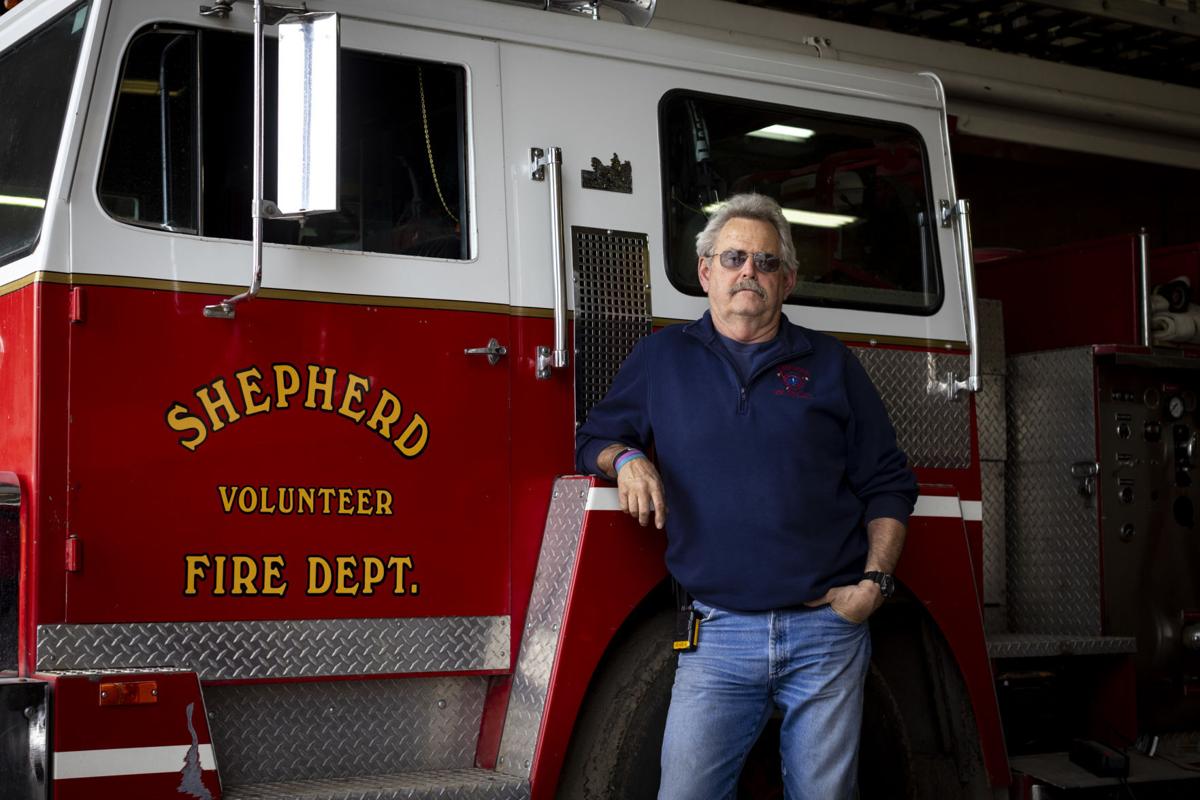 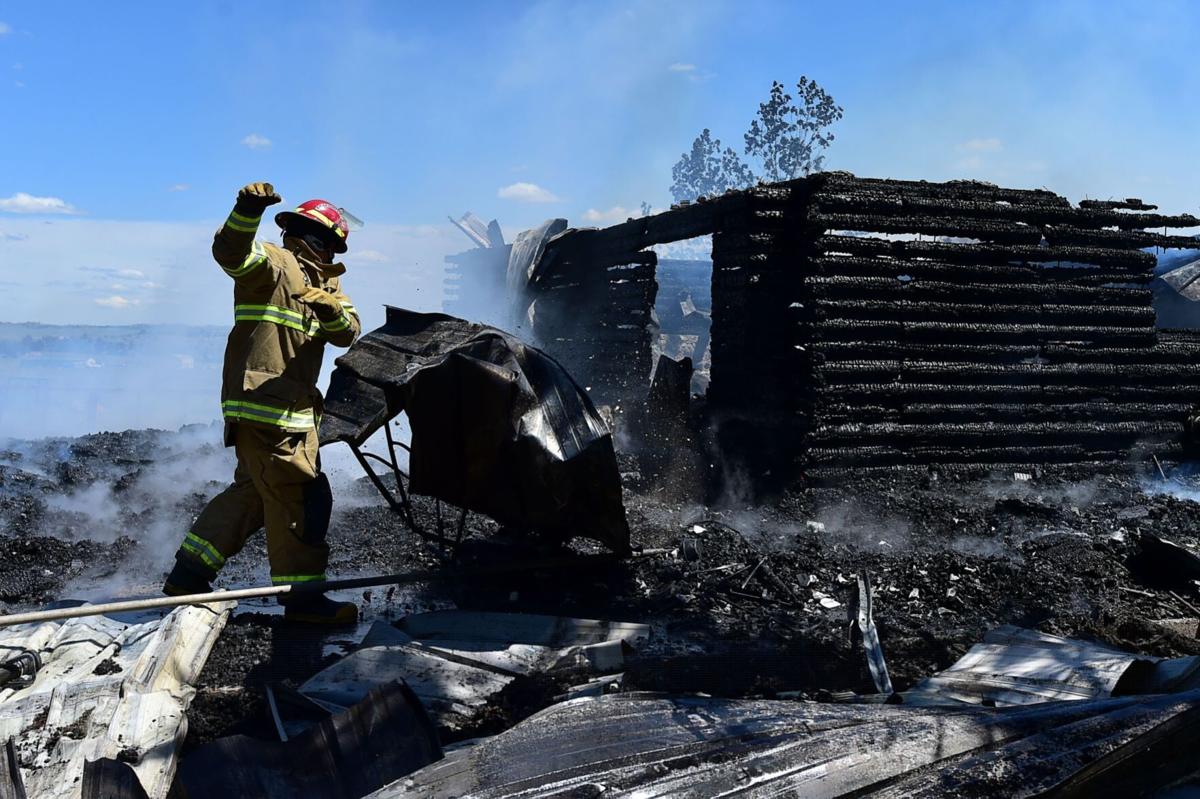 A member of the Shepherd Volunteer Fire Department removes burnt metal from the remains of a home north of Billings in 2017. 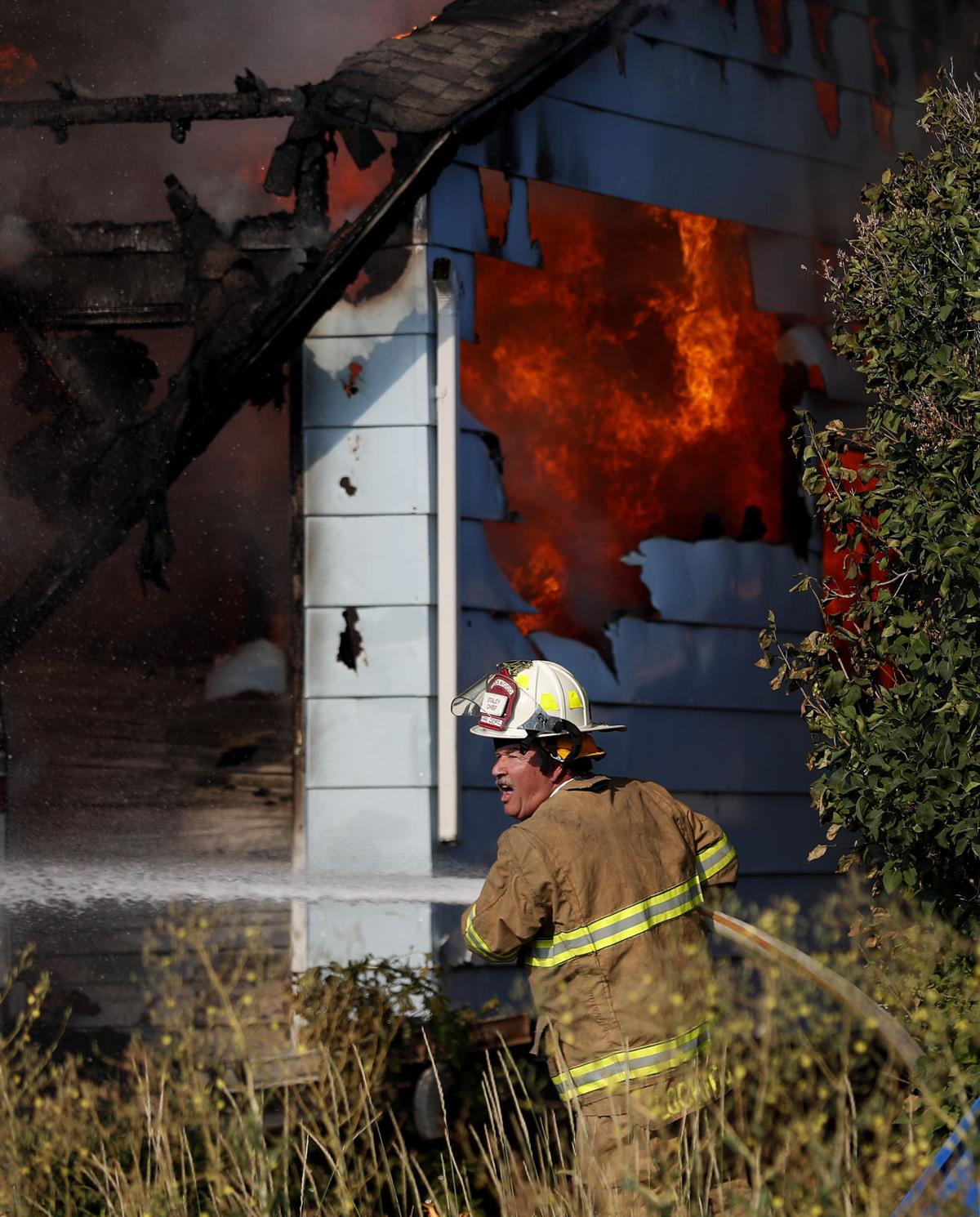 Lockwood Fire Chief John Staley shouts instructions as the department battles a fire that engulfed a garage, camper and part of a home in August 2020. 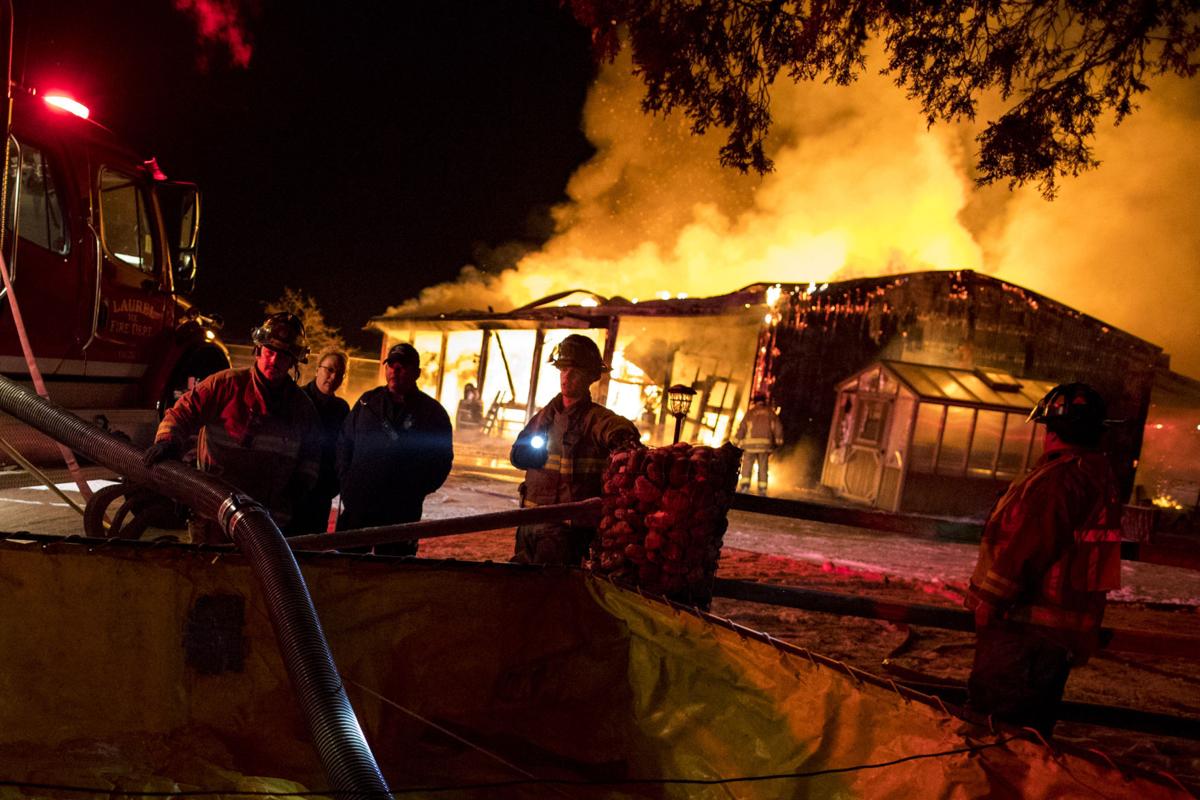 First responders work at a fire at Swift River Ranch between Billings and Laurel in January of 2020. 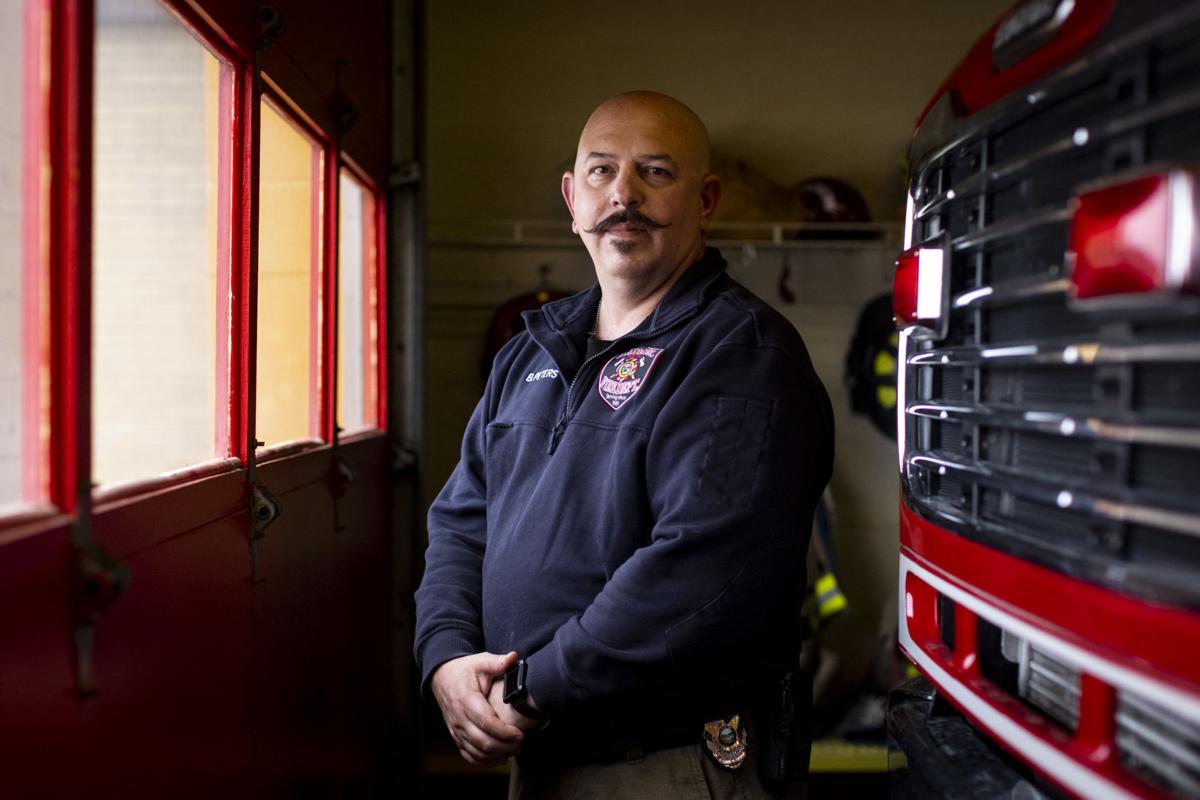 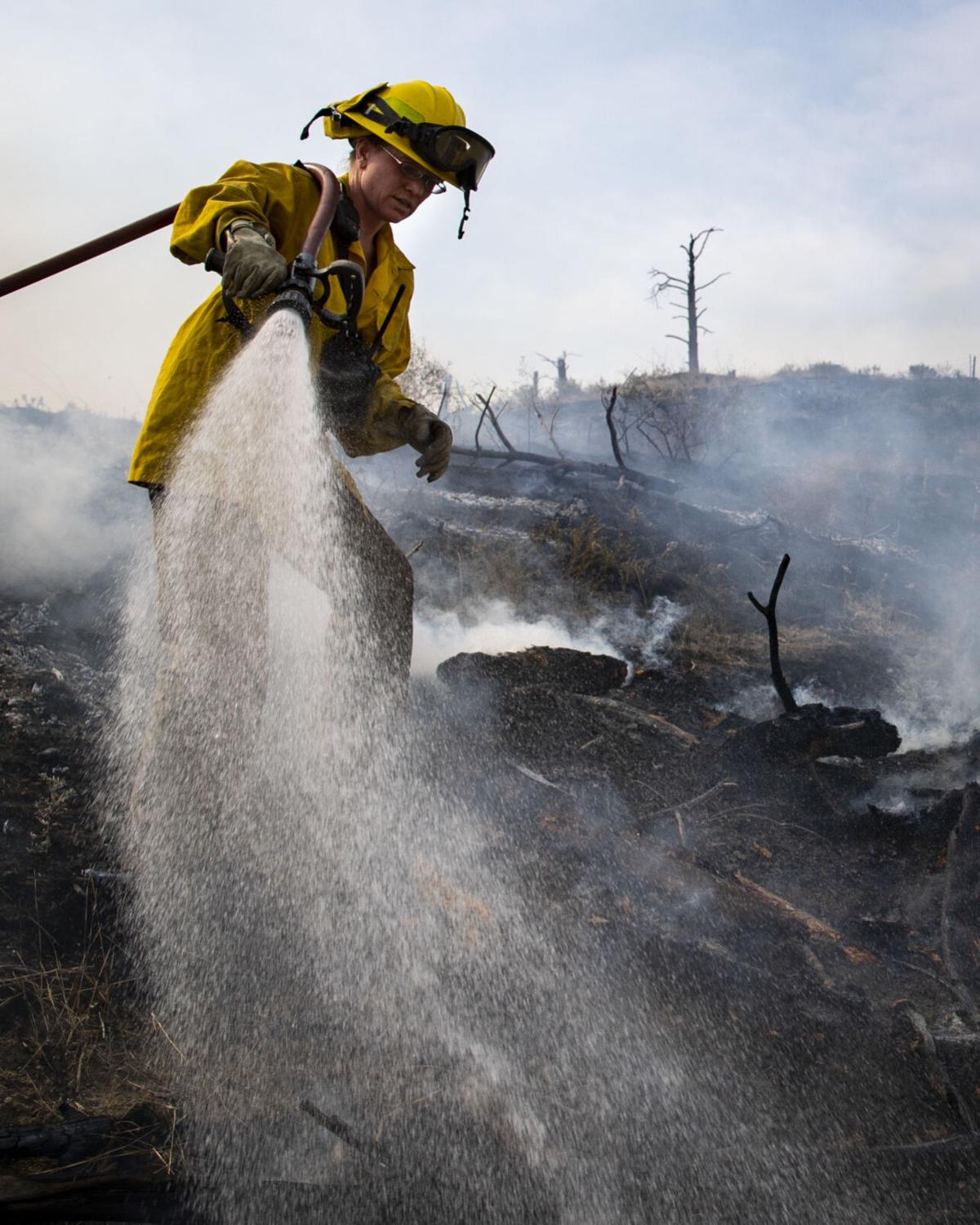 Jen O'Donnell of the Worden Volunteer Fire Department sprays foam during a brushfire along I-90 east of Lockwood in 2020. 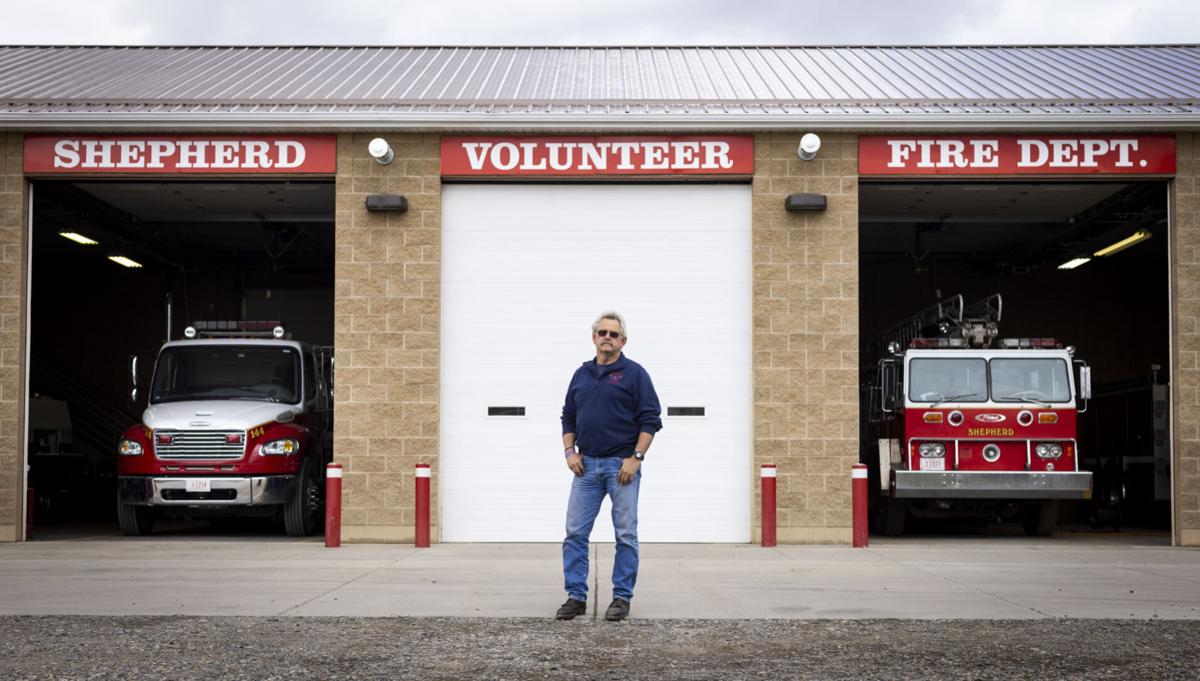 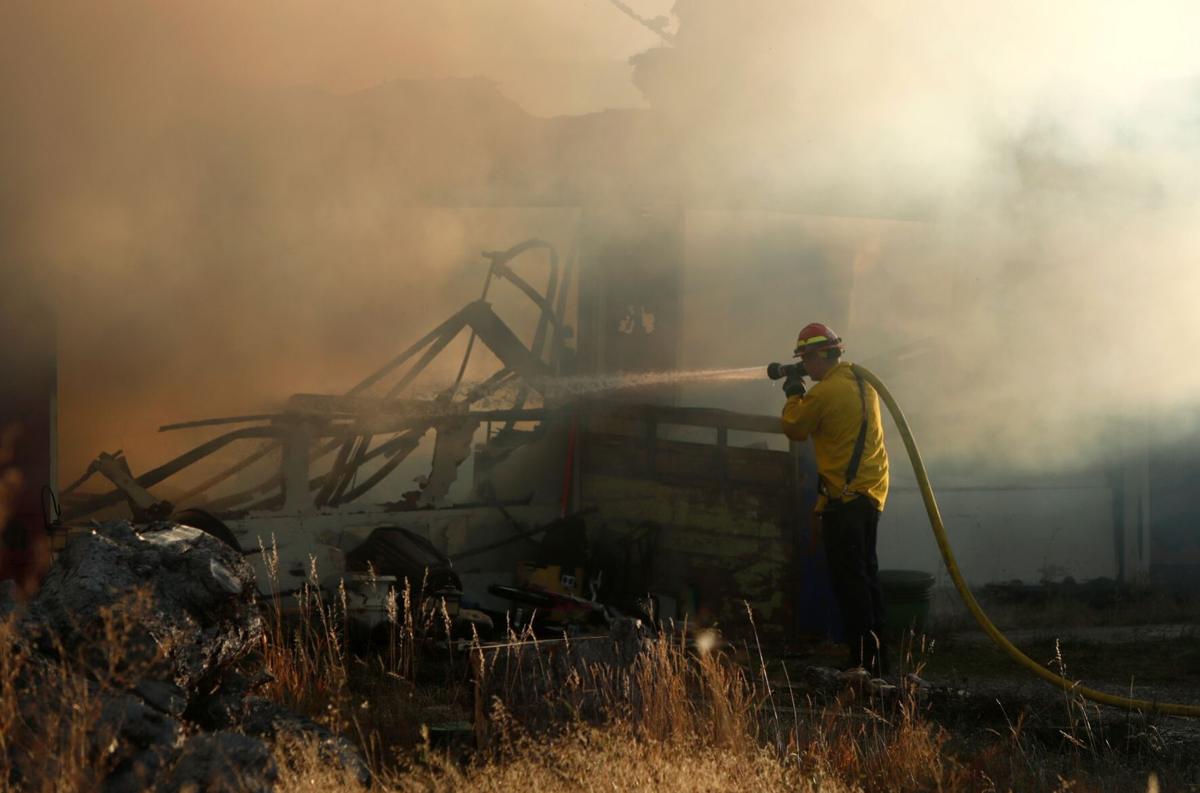 A Firefighter from Molt Volunteer Fire Department works the scene of a structure fire in 2018. 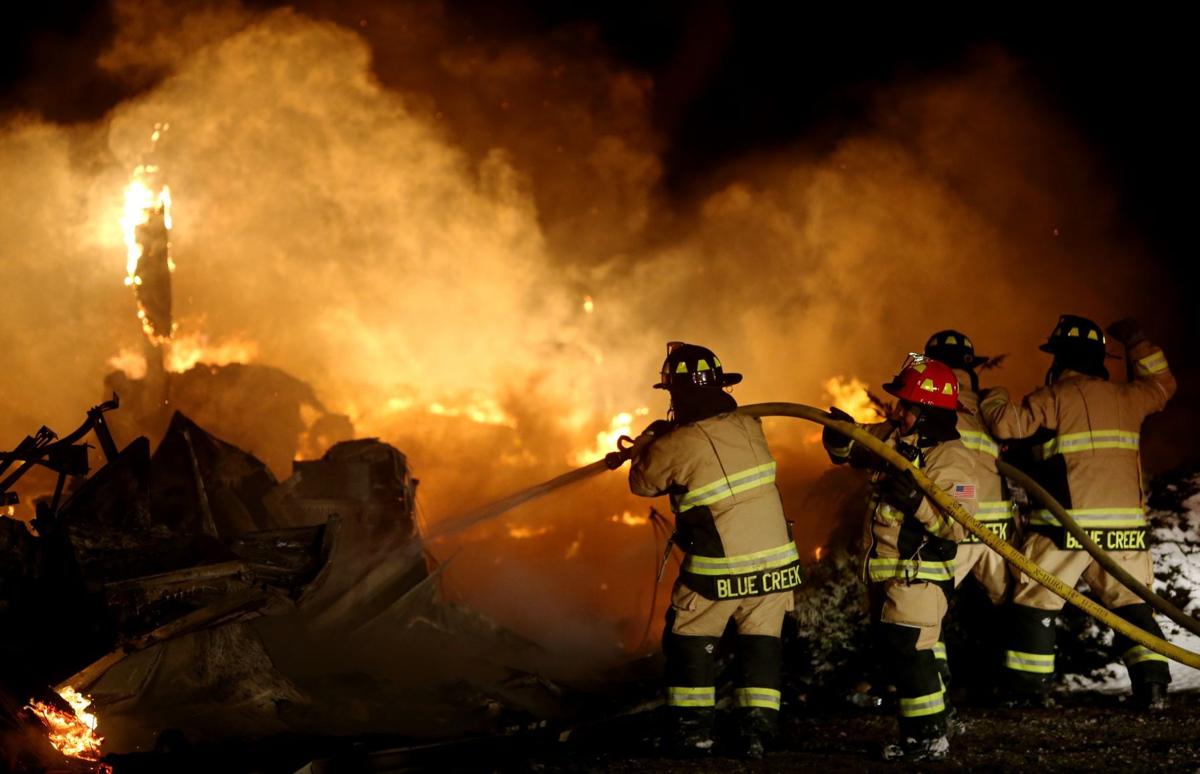 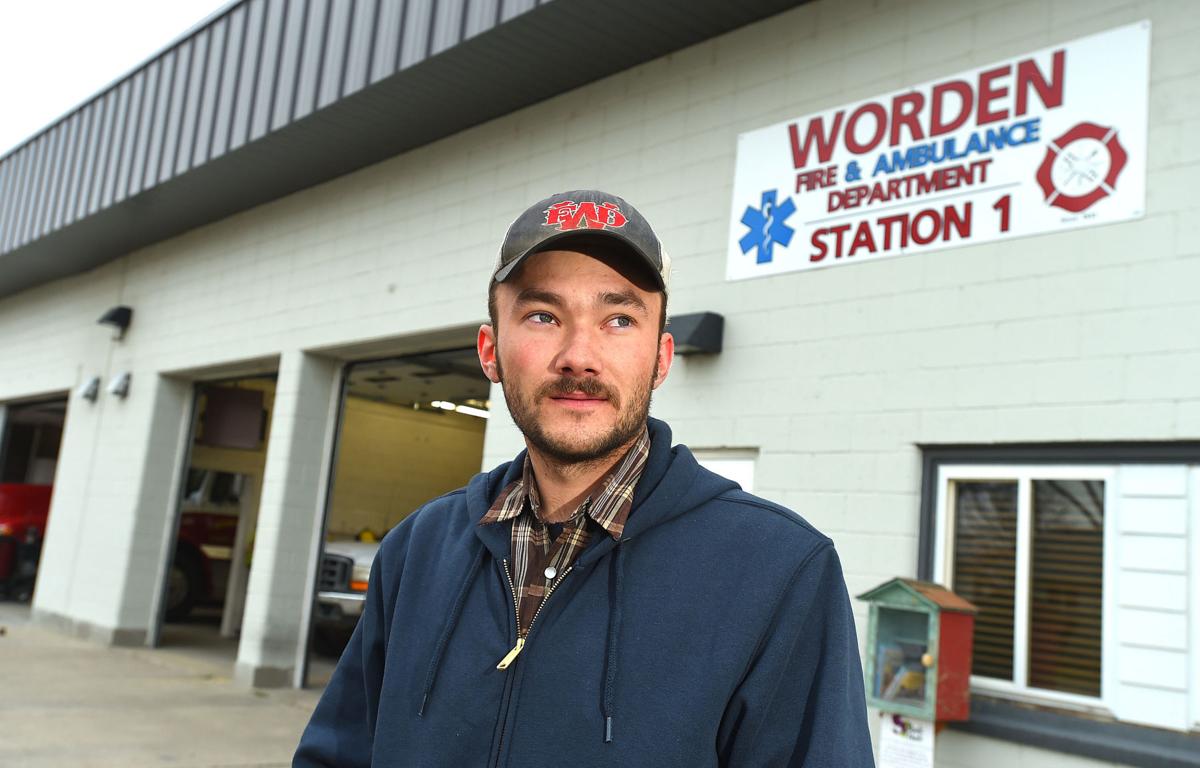 Worden Fire and Ambulance chief Phillip Hackmann is shown in front of the station.