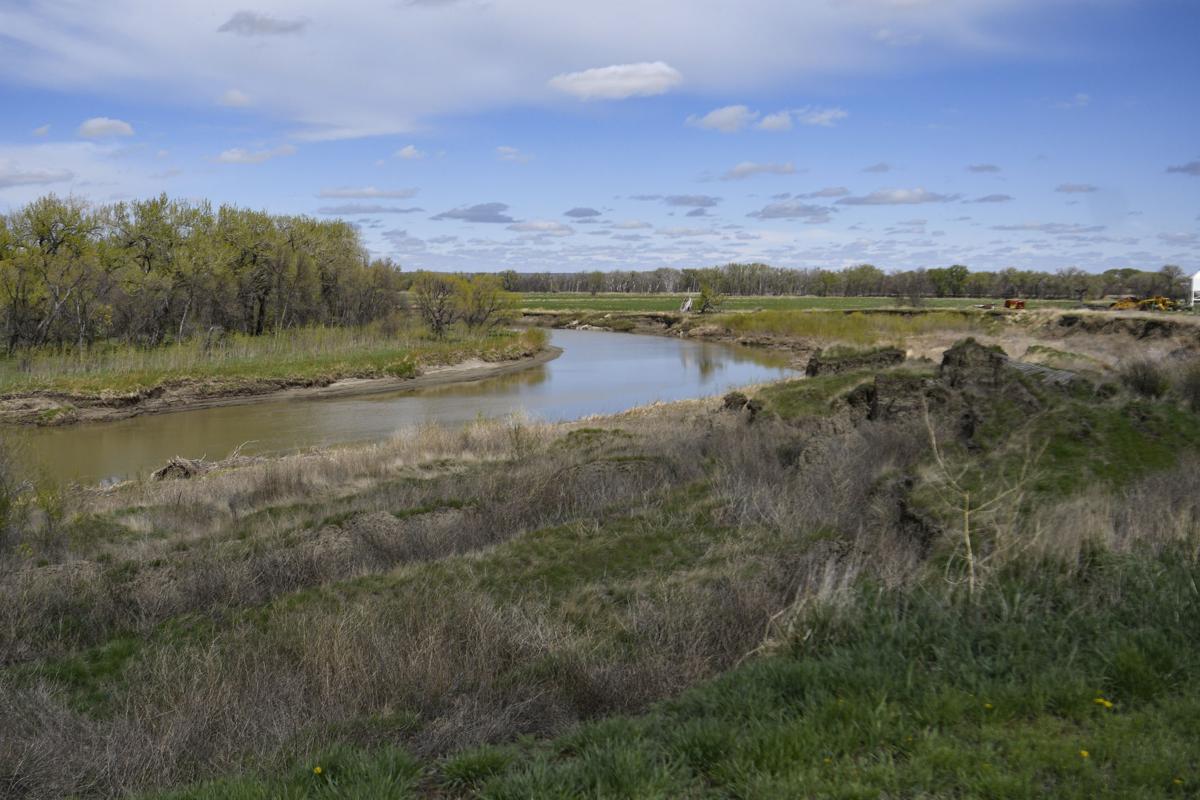 The river bank surrounding the home of Hinsdale, Mont. resident Ernie Marinko continues to erode as the water levels of the Milk River fluctuated in May 2020. 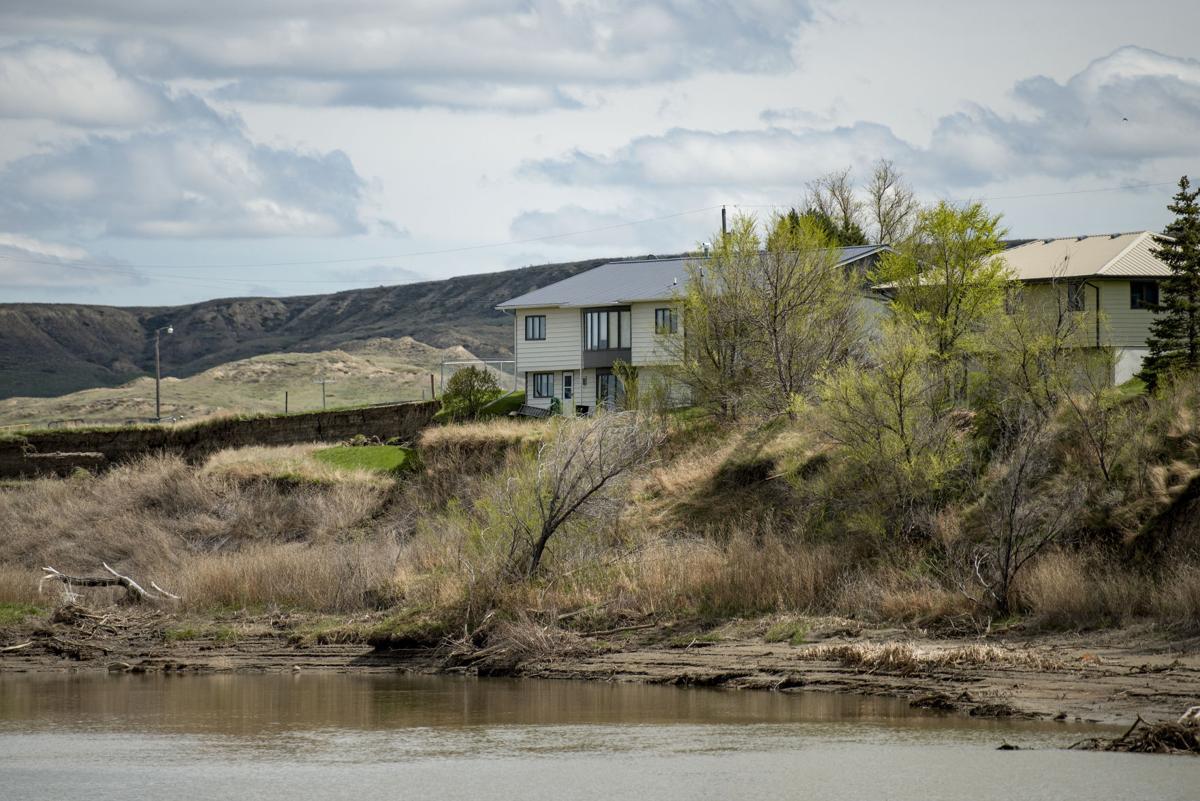 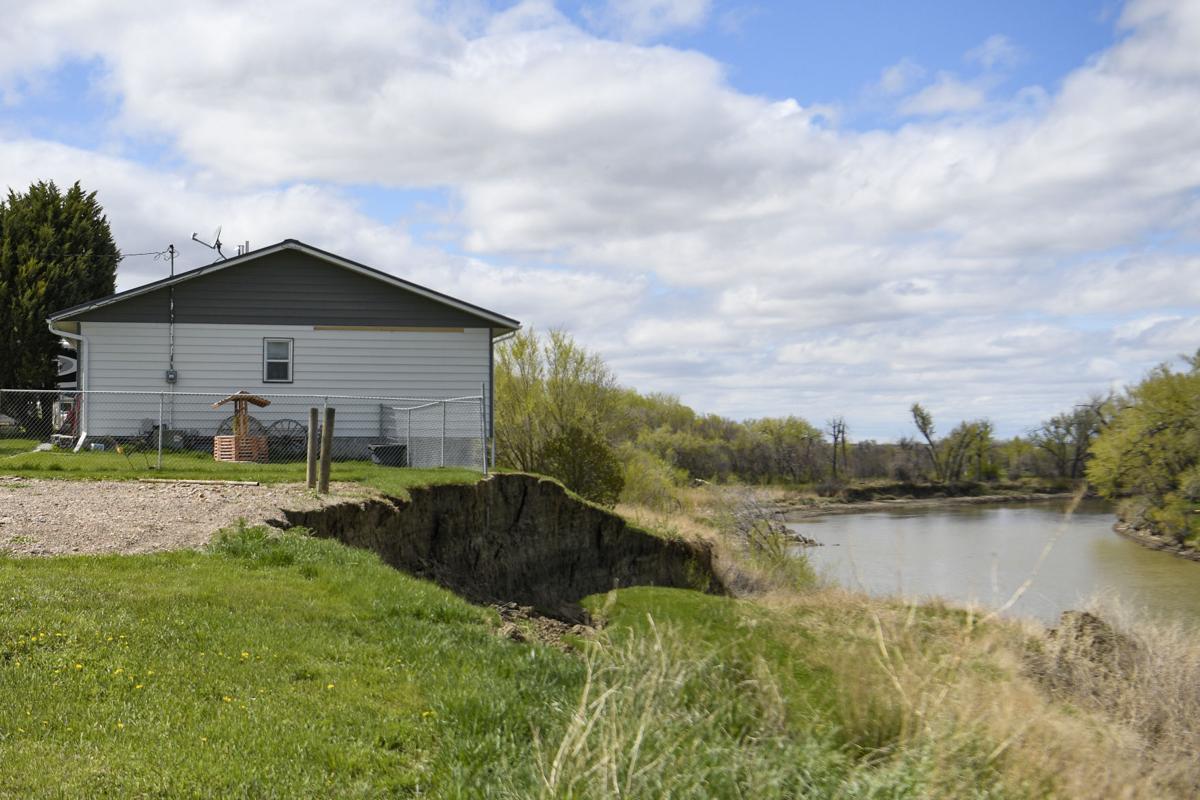 The river bank surrounding the home of Hinsdale resident Ernie Marinko continues to crumble as the water levels of the Milk River fluctuate.

All told, more than $300 million was approved Wednesday for Montana water projects by members of the Senate Energy and Natural Resources Committee. Montana U.S. Sen. Steve Daines and two other Republicans joined Democrats in approving the expenses 13-7.

The Milk River Project is a 339-mile lifeline for Hi-Line communities. It reroutes water from the St. Mary’s River, near Browning, into the Milk, which would otherwise be incapable of servicing the two tribes and four towns along its route. In the summer, a long green belt of 120,000 farm acres skirts the Milk, dividing it from the beige burn of Montana’s arid northern plains.

“We could do the diversion structure and that’s critical,” said Marko Manoukian, of the Milk River Joint Board of Control.

The Hi-Line has lobbied Montana’s congressional delegation for decades to the secure money for repairs for the irrigation project. Wednesday, both Daines and U.S. Sen. Jon Tester were quick to cite their roles in working the Milk River Project into the infrastructure package.

Tester was among a dozen Democrats and Republicans that negotiated the bipartisan infrastructure bill. His staff said he pushed for funding for the Milk and other Hi-Line water projects from the start.

Daines, as Senate Energy and Natural Resources Committee member, was positioned to vote for the project Wednesday.

Daines remains undecided on voting for the infrastructure bill. His vote will depend on whether the bill is fully funded, which his staff said Wednesday remains to be seen.

The bill’s passage requires a 60-vote majority, which will likely take support from at least 10 Republicans to attain. There is a companion package of spending on social programs that Daines opposes, which could be a deal breaker for the Republican senator.

In addition to money for the Milk, there is $211 million for three potable water projects. It’s enough to complete the Fort Peck-Dry Prairie, Rocky Boy-North Central and the Musselshell-Judith rural water projects.

These rural water projects are rooted in the congressional decision 20 years ago to fund clean water projects for rural areas. Lawmakers were quick to support, but slow to fund, the projects, which brought clean drinking water to large portions of Eastern Montana. Well water in the area often has an odor to it and minerals that can stain clothing and wreck a washing machine in a few years.

“Ours encompasses Roosevelt County, and Sheridan County, which is Plentywood, and Daniels County, which is Scobey, Valley County but not quite to Glasgow,” said Bill Whitehead, chairman of the Fort Peck portion of the project. It would take the better part of two hours to cross the area the water district serves. “We will be serving 30,000 people. And right now we’re serving 13 communities. We just went from four to five hospitals and quite a few schools.”

The river bank surrounding the home of Hinsdale, Mont. resident Ernie Marinko continues to erode as the water levels of the Milk River fluctuated in May 2020.

The river bank surrounding the home of Hinsdale resident Ernie Marinko continues to crumble as the water levels of the Milk River fluctuate.