In its spiral fire slide, friezes depicting the faces of historical figures like Abraham Lincoln, and uncommon features like oval windows, the reminders of history are everywhere at McKinley Elementary School in Billings.

In a normal year, Principal Nicole Trahan said students from decades past regularly call inquiring about touring the building, which was first constructed in the early 20th century.

In March, the school's historic significance, fueled for so many years by the memories of students and families over its 115-year history, gained national recognition with the announcement of McKinley Elementary School as one of 20 new additions to the National Register of Historic Places.

The students are aware of the designation, according to Trahan. The school can't do large assemblies right now, but she said the plan is to have a large gathering sometime in the future to celebrate and help the students understand the historic designation.

The process to get the school on the register had been picking up steam for roughly the last three years and is an extension of a movement in the early 2000s to get the North Elevation Historic District onto the National Register of Historic Places, according to Kevin Kooistra, executive director for the Western Heritage Center in Billings.

Kooistra said that his organization was brought on by the Yellowstone Historic Preservation Board to help with the process of getting McKinley on the register. Also involved in the effort was architect Lesley Gilmore, who Kooistra described as "the premier architectural historian" in the state.

Kooistra said that the recognition for McKinley is more of an honor than anything else, adding that he believes there are a lot of misconceptions about what it actually means to be on the National Register of Historic Places.

Property owners can make changes to places on the National Register of Historic Places, but Kooistra said that if those changes utilize federal funding, then there has to be a conversation with the local historic preservation board about how those changes could affect the historical integrity of the building or place.

In explaining some of the key reasons McKinley School is so significant in Billings, Kooistra begins with a period in the late 19th and early 20th century when the railroad town of Billings saw its population begin to rapidly expand.

McKinley School "is associated with pretty much the suburban growth of downtown Billings," Kooistra said. From 1900 to 1910 seven schools were built in Billings. In 1905 a $25,000 bond was passed for the construction of McKinley.

McKinley effectively acted as an anchor on the north side of town as home construction grew rapidly to account for the booming population, according to Kooistra.

The school was built in 1906, with an expansion added in 1917. The recent historic designation applies to those parts of the school, but not to a 2014 addition designed by by Cushing Terrell, which was then known as CTA Architects and Engineers.

As it was under construction, Billings schools were at capacity and tasked with educating 943 boys and 933 girls between the ages of 6 and 21. The school was also the first in Yellowstone County to be named for a president, in this case William McKinley, the 25th president of the United States who was assassinated in 1901.

The faces of McKinley, Lincoln, and the poets John Greenleaf Whitter and Henry Wadsworth Longfellow, are featured in plaster friezes at the school above the lobby.

Another key part to making the case for McKinley deserving a place on the National Register of Historic Places was highlighting its architectural features. The building was designed by the architect John Gustave Link, whose influence can be seen elsewhere in Billings and in the state, especially in courthouses. Local examples of JG Link's designs can be found in the old Parmly Billings Library building and the Masonic Temple.

The 1906 design for McKinley adhered to the Italian Renaissance Revival style which was a popular architectural style in western states and especially popular from 1890 until 1930, according to research provided to the National Park Service as part of McKinley School's submission to be added to the National Register of Historic Places.

Citing Marcus Whiffen's "American Architecture Since 1780," the submission provides the following description of the style:

“Straight-fronted buildings — cubic blocks when freestanding — without any considerable projections or recessions in the main mass are the rule. Columns, if present, are confined to porches or window tabernacle frames. A massive cornice, …is the crowning feature; the roof behind it is low…Elevations are symmetrical. Apart from rusticated quoins, and sometimes a rusticated ground story, the wall surfaces are usually smooth and plain, serving as a neutral background for windows, doorways, and (in many cases) balustraded balconies. The windows,which are often lined horizontally by stringcourses, are normally trabeated [flat, un-arched lintels]."

Newman Elementary honors "Ms. Irma" for 46 years of work in the kitchen and cafeteria

For people in the building every day like Trahan, appreciating the history of the building can sometimes boil down to something much simpler than early 20th century population growth in Billings, or the schools of architectural style and design.

"When you go up the wooden staircases it's that creak that you hear in the wood. I don't know, I don't even know how to explain it," she said. "It's that sense of really understanding the history, that the original part of this building is over 115 years old."

Photos: McKinley School through the years

Jim and Heidi Duncan hold up the ribbon

Teachers lead their classes around the building

Latter-day Saints church to open a temple in Helena

Helena is among the 20 cities throughout the world that will receive a new temple for the Church of Jesus Christ of Latter-day Saints, officials announced Sunday at the church’s general conference.

What is known today as Rocky Mountain College traces its roots all the way back to 1878, at the College of Montana in Deer Lodge. Take a look …

Photos from Billings in the 1920s

Views of downtown Billings during the 1920. As Christmas approached in Billings in 1920, many residents of the city had plenty to spend on gif…

Initial work on Pioneer Park started in 1921 when the city hired Dorothy Gray to design a new park for the city situated on its western edge.

The Billings Communal Mausoleum, located in Mountview cemetery, has stood overlooking the western edge of the cemetery for 100 years. 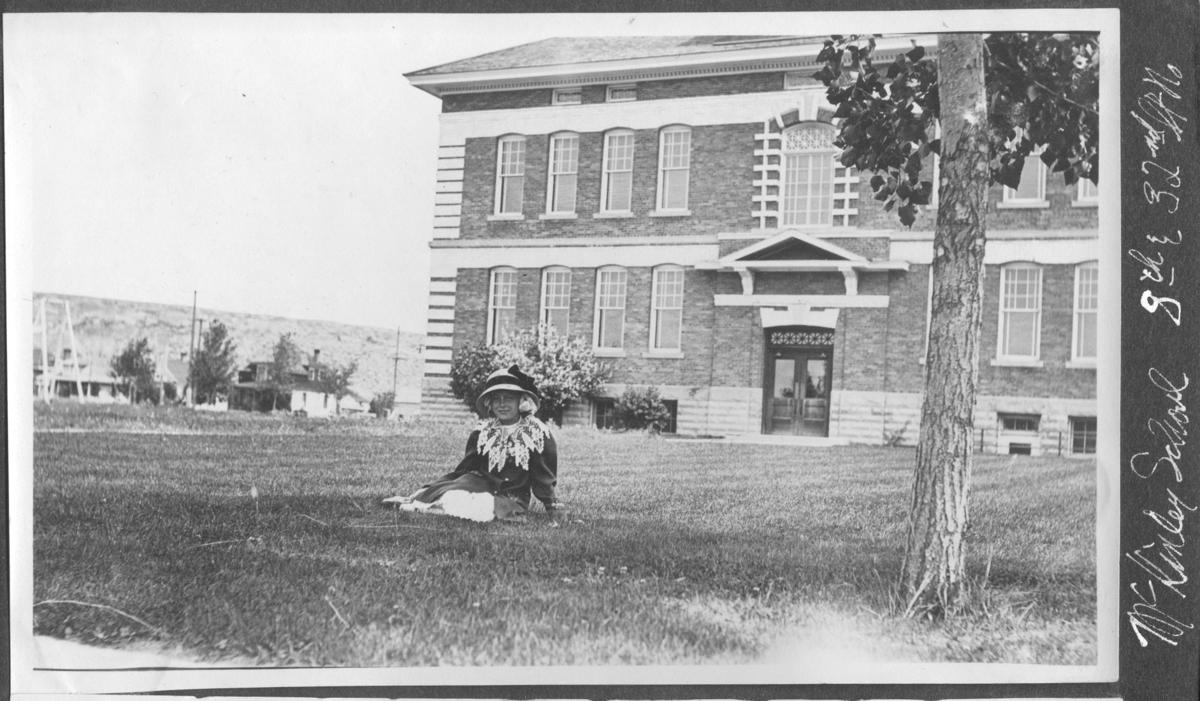 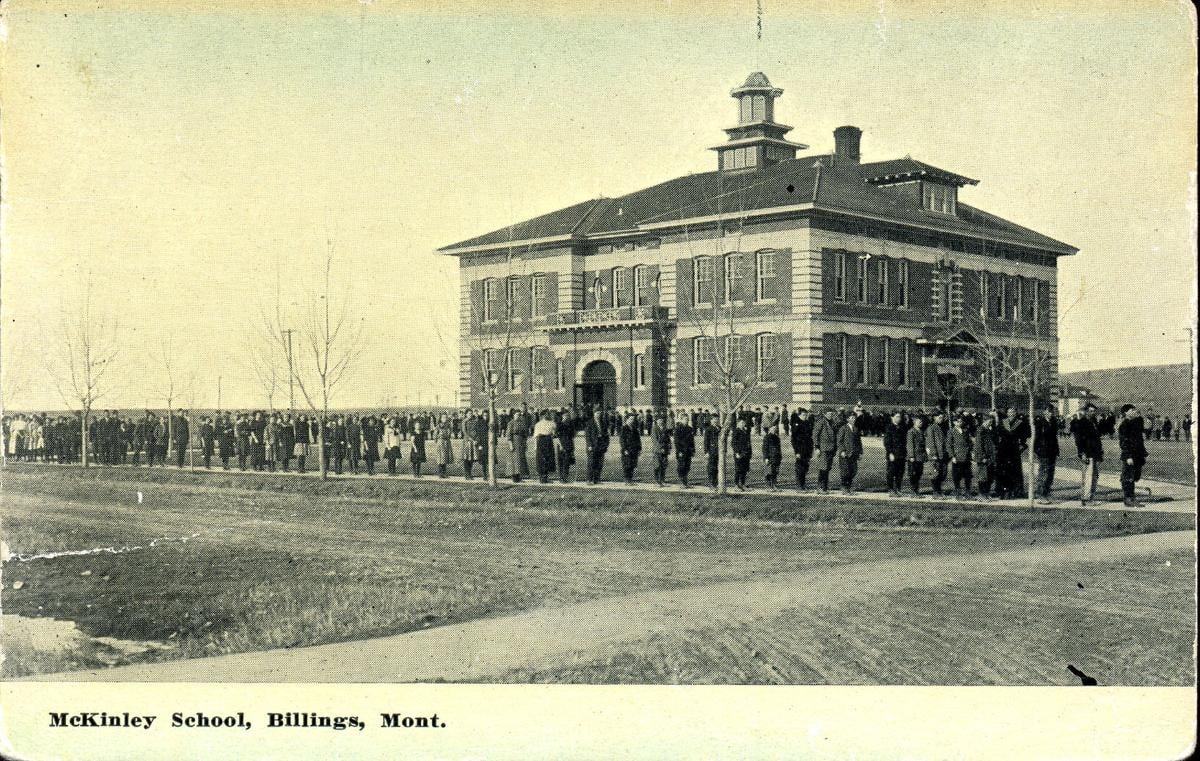 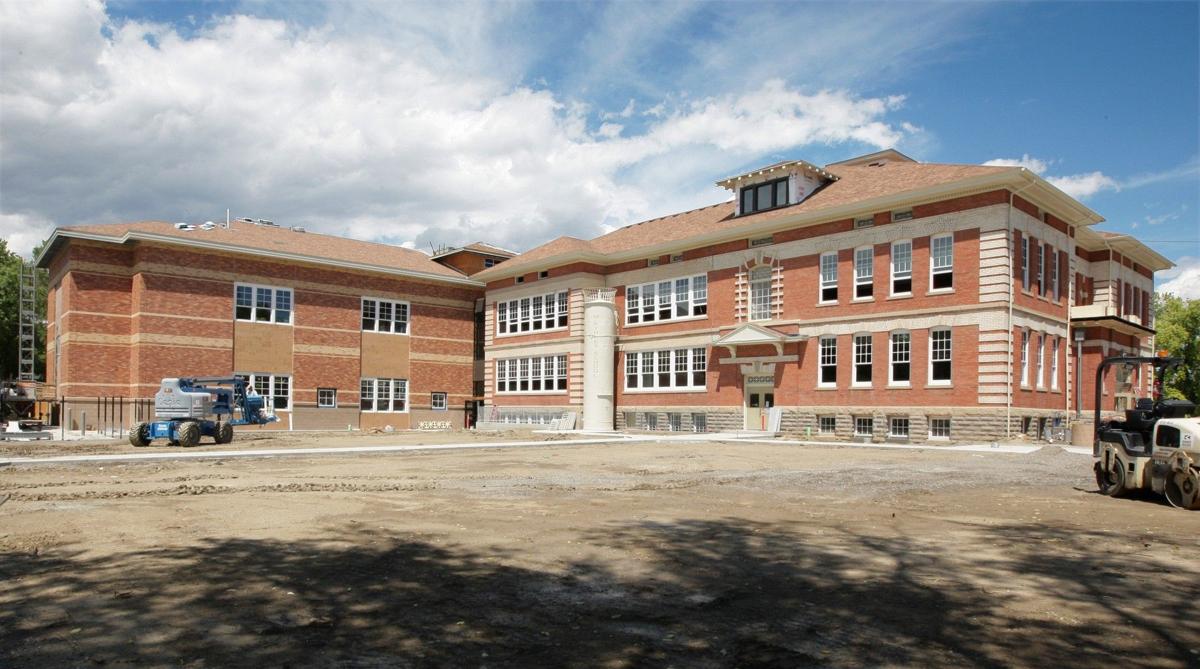 A 2015 addition to McKinley Elementary School was designed to match the historical character of the original building.