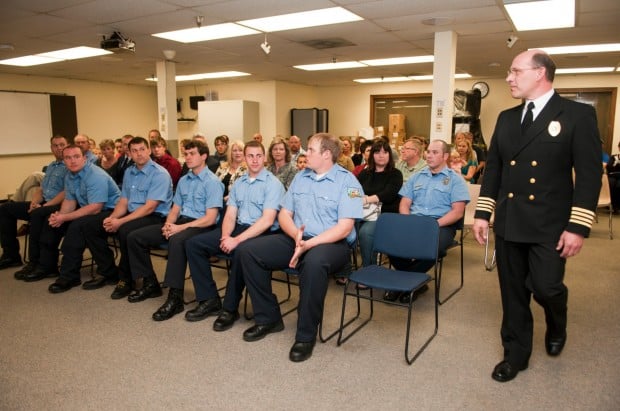 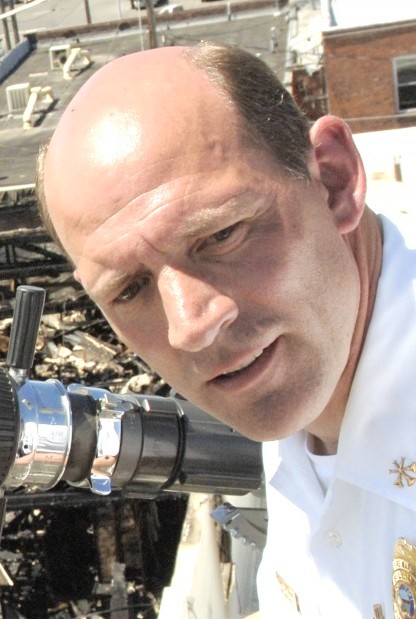 Colleagues of Assistant Billings Fire Chief Frank Odermann describe him in a recently completed report as an openly insubordinate employee who worked obsessively to undermine the authority of Fire Chief Paul Dextras.

He was also described as "manipulative" and "diabolical," a "scumbag" ready to retaliate against anyone who wouldn't join his crusade against Dextras.

But the same report also indicates a widespread lack of respect for and frustration with Dextras, who has been the chief since 2008.

Odermann, whose annual salary is $95,513, was placed on paid administrative leave on May 31, the same day Dextras filed a formal, written complaint against him.

The city hired Lynda Brown, an adjunct instructor in the School of Business Administration at the University of Montana, to conduct the investigation. Her 12-page report was submitted to city officials and dated July 25.

Based on numerous interviews with Fire Department personnel, Brown concluded that Odermann "talked excessively 'out of school' about frustrations with the Chief" and moved from one-on-one conversations about his concerns to "open denunciation of the Chief, thereby overtly demonstrating his disrespect for Chief Dextras."

Brown, who is also the human resources director for Tamarack Management Inc. in Missoula, additionally concluded that Odermann's actions hurt the department in terms of productivity and morale and that he "has intimidated nearly everyone I spoke with in the department and is not trusted by his subordinates."

And while Odermann did not refuse to follow Dextras' directives or to accept assignments, he refused to submit to authority, "which is another aspect of insubordination," the report says.

Neither Dextras nor Odermann responded to interview requests, but Ken Frazier, a Billings attorney who is representing Odermann, said his client "obviously does not agree with any allegations of insubordination" and "is prepared to vigorously rebut each and every one."

Everything Odermann did, Frazier said, was "intended solely to protect the best interests of the department and the community."

In a copy of Brown's report given to The Gazette, the city redacted the names of 18 people Brown interviewed. Judging from the context of their remarks, they include individual firefighters, battalion chiefs and the fire marshal.

City Administrator Tina Volek is out of the office this week. Assistant City Administrator Bruce McCandless said the next step in the process will be for him to conduct a hearing with Odermann, to give him a chance to respond to Brown's conclusions and to allegations in the report.

That hearing could take place as early as next week, McCandless said, but it hasn't been scheduled yet.

After the hearing, McCandless said, he will make a recommendation to Volek, who will decide what disciplinary action, if any, should be taken against Odermann.

Karla Stanton, the city's human resources manager, said Odermann could be subjected to an oral or written "corrective action," or he could be suspended or fired.

McCandless said that under the city's interpretation of a state law that applies only to fire department personnel, Odermann could appeal a suspension or termination to the full City Council.

Asked if the report could also be used as the basis for taking some action against Dextras, given the criticism of him it contains, McCandless said that from a human resources standpoint, the report applies specifically to the complaint against Odermann.

However, he said that if Volek "decides the critique of the chief warrants further investigation" or some kind of action, "that's entirely up to her."

Some of the most damning details about Odermann came from department employees who said they believed he was keeping files of information on numerous fellow employees. They expressed fears that if they "crossed" Odermann or refused to aid him in his fight with Dextras, he would use the information against them.

The report says interviewees used "strong adjectives" to describe Odermann, including "creepy," "diabolical," "sneaky," "sly" and "covert," and also referred to him as a "worm" and a "scumbag."

One of the more bizarre portions of the report described Odermann's seeming obsession with "the bad bus," a management tool that Dextras used to designate employees he was not happy with.

Odermann distributed photographs of the bus, "which he could have obtained only by going into the Chief's office with the express purpose of photographing," Brown says in the report.

Stanton described the bad bus as "a little, tiny, ceramic toy bus" that Dextras kept on his desk, and into which he would "put" employees he was displeased with.

Odermann believed evidence of the bad bus was a "smoking gun" that could be used to get rid of Dextras, the report said, but other employees didn't think it was that important.

"He seemed to expect more outrage on the part of the group, but instead lost credibility for the way he handled himself," the report says.

Brown said a majority of the people she interviewed about the bus "considered it 'stupid,' 'silly,' 'petty,' and not worthy of further action." Later in the report, interviewees said they considered Dextras' use of the bus to be odd, "and one more factor adding to their loss of respect for the chief's leadership."

Brown said that despite her attempts to focus the interviews on Odermann's actions, "interviewees spoke of their lack of confidence in Chief Dextras' leadership in addition to their mistrust" of Odermann.

Employees in all levels of the department "demonstrated that they were not using this investigation merely to damage or get even with Frank Odermann but to address concerns about management of the Billings Fire Department in hopes of improving their work environment," Brown wrote.

But whatever concerns employees had with Dextras, there was almost universal condemnation of Odermann's campaign to undermine his boss, as well as fears that Odermann would retaliate against his colleagues.

"There are even rumors that he has the offices bugged," the report says. Elsewhere in the report, Brown said Odermann's previous experience as a Navy SEAL, "plus public knowledge of a prior personal situation with this family," created apprehension and had "a chilling effect" on people who interacted with him.

In 2006, Odermann settled a lawsuit alleging that he secretly taped his ex-wife and children with cameras hidden in smoke detectors he installed in their house. Court records indicated that he agreed to pay his ex-wife $50,000 to settle the case before it went to trial.

Stanton said Brown has not yet billed the city for conducting the investigation and writing the report, and she couldn't estimate how much the process might cost.

Billings Assistant Fire Chief Frank Odermann returned to work on Wednesday after being disciplined by the city administrator for insubordination.