A judge’s conclusion that a 14-year-old Billings rape victim was “as much in control of the situation” as her schoolteacher rapist has sparked outrage across the nation.

Organizers have scheduled a Thursday rally and a petition drive against District Judge G. Todd Baugh, who Monday handed down a net sentence of 30 days in jail to former Senior High teacher Stacey Rambold, 54, who raped 14-year-old Cherice Moralez.

The sentence came after Rambold, 54, failed to meet sex offender treatment requirements and other conditions that would have ended the now six-year-old case.

Moralez killed herself weeks before her 17th birthday as her sexual relationship with Rambold became a criminal case.

However, when issuing the sentence Baugh said Moralez not only had equal control of the rape, but was also a troubled youth “older than her chronological age.” The remark sparked outrage, first from Moralez’ mother, Auliea Hanlon, and then from people calling for the judge to at least be censured.

Hanlon left the court screaming “You people suck.” The mother blames Rambold for Moralez’ suicide and told the court the former teacher belonged in prison.

Tuesday, Hanlon said in a written statement that she no longer believes in justice after Baugh’s remarks and sentence order.

“As I looked on in disbelief, Judge Baugh stated that our teenage daughter was as much in control of the situation as her teacher was,” Hanlon said. “She wasn’t even old enough to get a driver’s license. But Judge Baugh, who never met our daughter, justified the paltry sentence saying she was older than her chronological age.

“I guess somehow it makes a rape more acceptable if you blame the victim, even if she was only 14.”

Public objection to Baugh’s remarks has prompted a protest planned for 12:15 p.m. Thursday at Veterans Memorial Park, which adjoins Yellowstone County Courthouse in downtown Billings. The story was recirculated on the Internet and drew comments on the websites of several national news publications.

“Something is not right with our system when a judge can make that kind of decision,” said Marian Bradley of the Montana National Organization for Women. “Unless we show our outrage, none of our children are safe and no one will think of us. I think the judge needs to be reviewed and he needs to be sanctioned.”

Bradley, who has worked with the victims of sexual assault, will circulate a petition calling for the state to investigate Baugh’s sentence, which county prosecutors Tuesday told the Associated Press was within statutory guidelines.

Protest organizer Sheena Rice said the suggestion that any 14-year-old child was on equal footing with a rapist in his 40s, let alone a person of authority, like a schoolteacher, was outrageous.

“What angered me is that the judge said the victim was older than her chronological age,” Rice said. “I don’t care if she wore makeup. I don’t care if she dressed provocatively. She was a 14-year-old and he was in a position of power.”

As a victim of rape, Rice said she thinks it’s strange that the justice system would have mandatory sentences for drug crimes, but that a rape conviction could involve a month in jail.

On Tuesday, Baugh stood by his comments that Moralez was a troubled youth who was older than her age when it came to sexual matters. That didn’t make Rambold’s sex with Moralez any less of a crime, he said.

“Obviously, a 14-year-old can’t consent. I think that people have in mind that this was some violent, forcible, horrible rape,” Baugh said. “It was horrible enough as it is just given her age, but it wasn’t this forcible beat-up rape.”

Baugh said Moralez’s death complicated the county attorney’s ability to prosecute Rambold. After Moralez’s suicide, the prosecution and defense reached an agreement that Rambold would enter sexual-offender treatment. If the former teacher completed treatment and complied with other conditions, the case would have been closed.

But Rambold broke terms of the agreement by associating with teens who were his relatives and by becoming sexually involved with an adult, but not notifying authorities.

“I think what people are seeing is a sentence for rape of 30 days. Obviously on the face of it, if you look at it that way, it’s crazy,” Baugh said. “No wonder people are upset. I’d be upset, too, if that happened.”

District Court judges serve six-year terms and are elected by the public. Judge G. Todd Baugh ran in a contested election in 1984, when the state created a fifth district judgeship. After winning that race, he ran unopposed in 1990, 1996, 2002 and 2008. Baugh’s post is up for re-election in 2014.

A group of Montana lawyers says it is giving a lifetime achievement award to a state judge for his many years of service, despite the judge be… 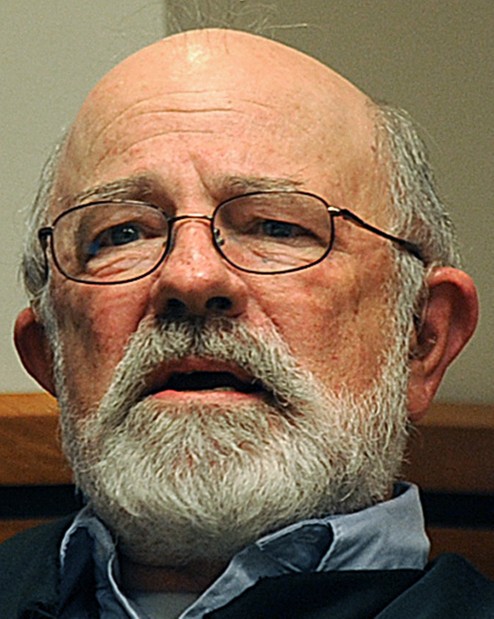