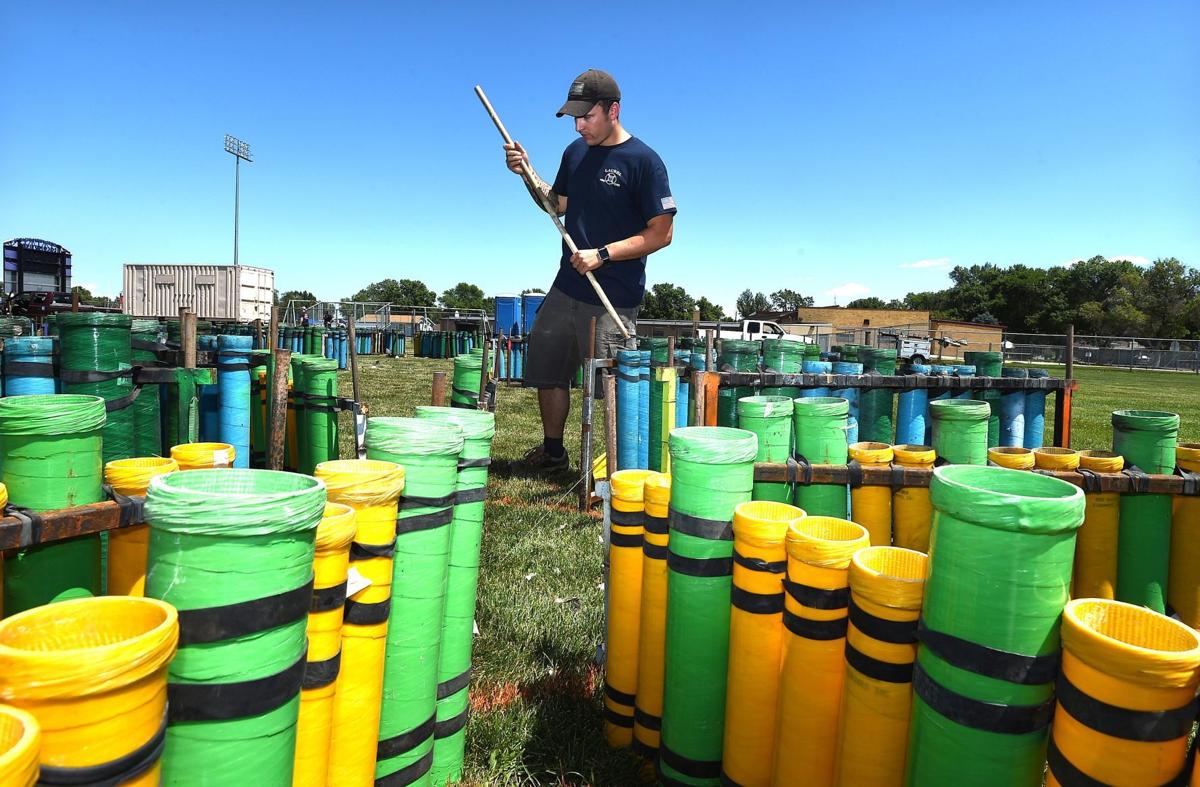 Volunteers assemble the Laurel Fourth of July fireworks show in 2017. 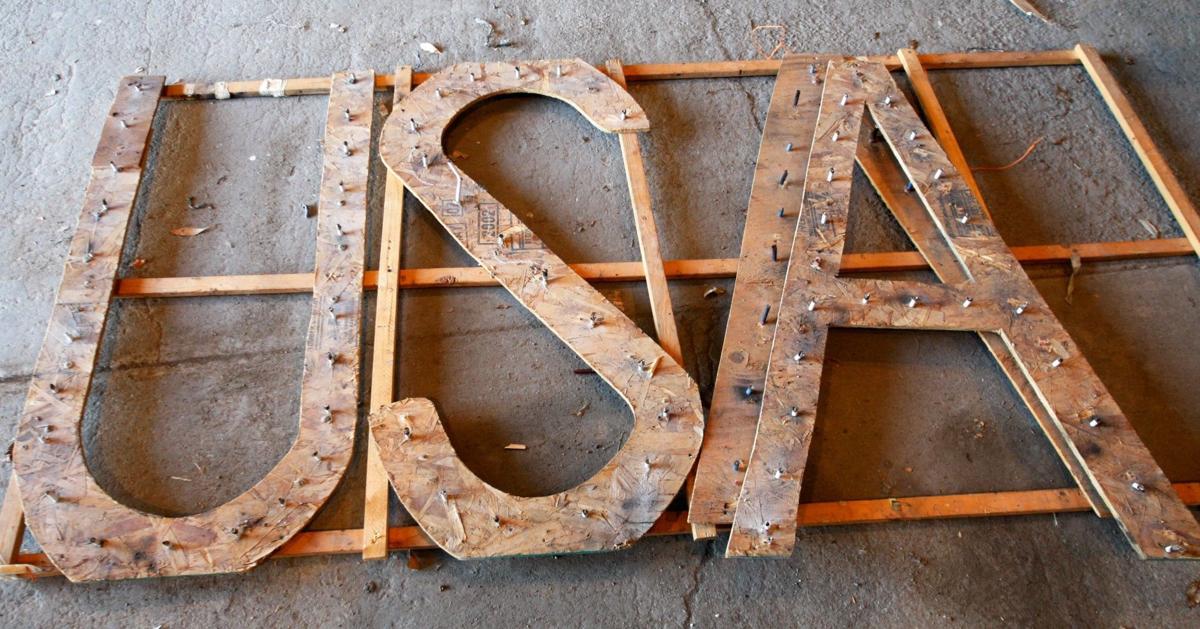 A wooden "USA" sign is laid out as volunteers prepare for the Laurel Volunteer Fire Department's annual Fourth of July fireworks show in 2015.

The Laurel Volunteer Fire Department is preparing for its 71st annual fireworks display at Thomson Park, with additional measures being taken to combat growing fire concerns.

While Yellowstone County has entered stage II fire restrictions, the event will proceed as planned. Setting off fireworks in surrounding areas carries a serious risk of igniting wildfires — inside city limits, fireworks are much safer to use.

“Where we shoot them at, it’s green all over,” said LVFD Assistant Fire Chief Kent Kulesa.

Since most lawns in Laurel are watered, and fireworks are less likely to fall onto dry grass, the fire risk is lower than surrounding areas. However, the LVFD has an action plan just in case.

“We have rush trucks staged around where they go off,” said Kulesa. Additionally, the entire fire department will be placed on alert, and a team of firefighters will be ready to deploy at all times. The precautions even extend to the field from which the fireworks are fired — the in-ground sprinklers can be used to mitigate a ground fire.

Though fireworks can be fired safely inside Laurel, the LVFD urges caution to city and county residents. “We’re encouraging people to avoid shooting them off in the county, since it’s illegal,” said Kulesa. “It’s really dry out there — we ask people to use their heads and err on the side of caution.”

While the LVFD won’t know exactly how successful their fundraising efforts have been until after the display, due to accounting delays from the variety of sources that contribute to the event, Kulesa reported that they have seen a mostly successful fundraising season this year. “We’re doing well, but we can always use more,” he said.

Kulesa’s early estimate is that around 15,000 shots will be fired, totaling nearly $70,000 worth of fireworks.

The show starts at sunset, and can be viewed from Thomson Park or Laurel High School, where the football field’s bleachers will be freely available to viewers. The Laurel Chamber of Commerce has also arranged for food trucks to be available throughout the day’s events.

“Come out, enjoy the show,” said Kulesa. “Please leave your fireworks at home.”

The fireworks show isn't the only Fourth of July event in Laurel this year. The event schedule includes:

With a historic drought in the U.S. West and fears of another devastating wildfire season, officials are canceling displays, passing bans on setting off fireworks or begging for caution.

Volunteers assemble the Laurel Fourth of July fireworks show in 2017.

A wooden "USA" sign is laid out as volunteers prepare for the Laurel Volunteer Fire Department's annual Fourth of July fireworks show in 2015.