Tom Burgess had been a committed runner for nearly 40 years before doctors found the hole in his heart.

Burgess’ hobby would soon grow into a full-blown passion, leading him to participate in 15 marathons and more than 50 races, from the continental United States all the way to Hawaii, Canada, New Zealand, and even Iceland.

After a busy year of running in 2019, things changed for Burgess in January 2020. He felt short of breath while bending over to tie his shoes or pick things up from the floor. He contacted his primary care physician at SCL Health in Laurel, who sent him to cardiologists in Billings. There, it was determined that he had a condition called patent foramen ovale (PFO).

Under normal circumstances, every person while a fetus has a hole in their heart, which connects the left and right atria to allow oxygenated blood to bypass the developing lungs. As soon as an infant takes their first breath, this hole, called the foramen ovale, begins to close. However, in up to 35% of the population, the opening never fully seals.

Because of the abnormal passage between the heart’s chambers, PFO has been linked to cases of unexplained strokes as well as low blood-oxygen levels, which can cause shortness of breath. In Burgess’ case, the shortness of breath was sufficient to prevent him from running as well as he had before, and could have been enough to end his running career.

In June of 2020, just a few months after his diagnosis, Burgess met with Dr. Robert Terry, an interventional cardiologist at St. Vincent Healthcare. Terry implanted a device called a PFO Occluder in Burgess' heart, sealing the hole.

“We go up from the leg, through the inferior vena cava, to the heart,” explained Terry. The device travels via catheter all the way to the heart, where it is installed in the hole. About the size of a quarter, the device uses two expanding mesh disks to place a seal on both sides of the opening, and provide a structure over which the patient’s heart tissue can grow. “The device seals the hole immediately,” said Terry.

The hour-long procedure has a quick recovery time; just seven days for the incision to heal, and three months for the device to become settled in the heart tissue. “It’s not uncommon for a person to feel better right away,” Terry said. Additionally, the procedure has very few risks, with adverse effects in less than 1% of patients.

Even though a third of the population may have a PFO, the presence of one is not always a cause for concern. “The majority of people that have a PFO, they can go their whole lifetime and never have a problem,” said Terry. Surgery for the condition is only considered in cases where strokes or other symptoms are occurring. “If everything’s OK, even if you have it, we’re not going to do anything with it.”

For Burgess, the operation was finished in under an hour, and the recovery took less than two weeks. “They said ‘don’t run for about 10 days,’” said Burgess. “Day number 11, then I hit the streets running again.”

Burgess will compete in the 5K, but doesn’t have a target time. “At this point in my life, I just do it to finish,” he said. “I don’t have to impress anybody, I just like to be out among people. And you get a T-shirt.”

The Heart and Sole Run will take place on June 19. The start is on North 30th Street in front of St. Vincent Healthcare, and the finish is at Dehler Park.

Registration fees and forms can be found at the Heart and Sole Run website. The registration deadline is June 18 at 6 p.m.

Direct primary care practices have been emerging around the country, but they are often criticized for not offering the patient safeguards of traditional insurance.

Montana is one of only four states without its own medical school, making it fertile ground for one. 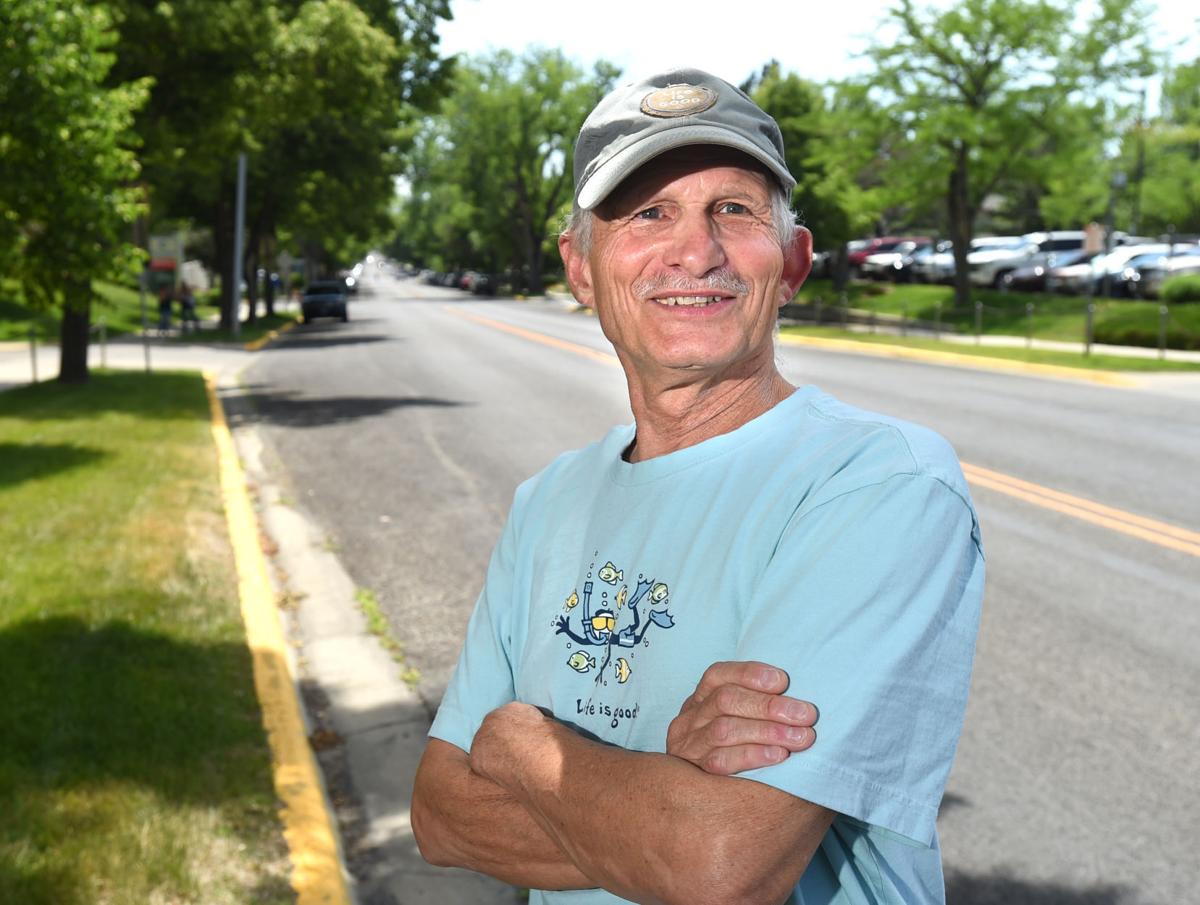 Tom Burgess is running in the Heart and Sole race on Saturday after having repairs done to his heart by Dr. Robert Terry at St. Vincent Healthcare. 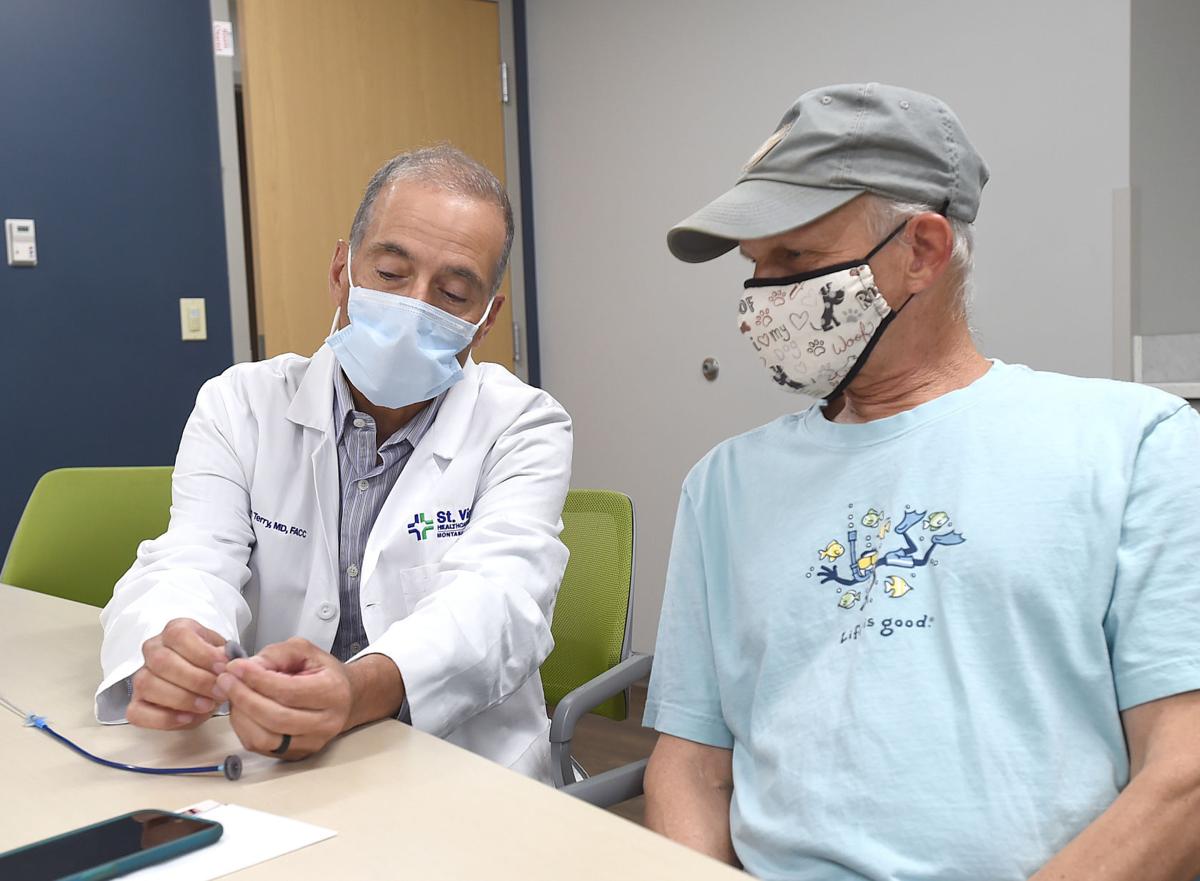 Dr. Robert Terry shows runner Tom Burgess the tools he used to repair his heart at St. Vincent Healthcare. Burgess plans to run the Heart and Sole race on Saturday.