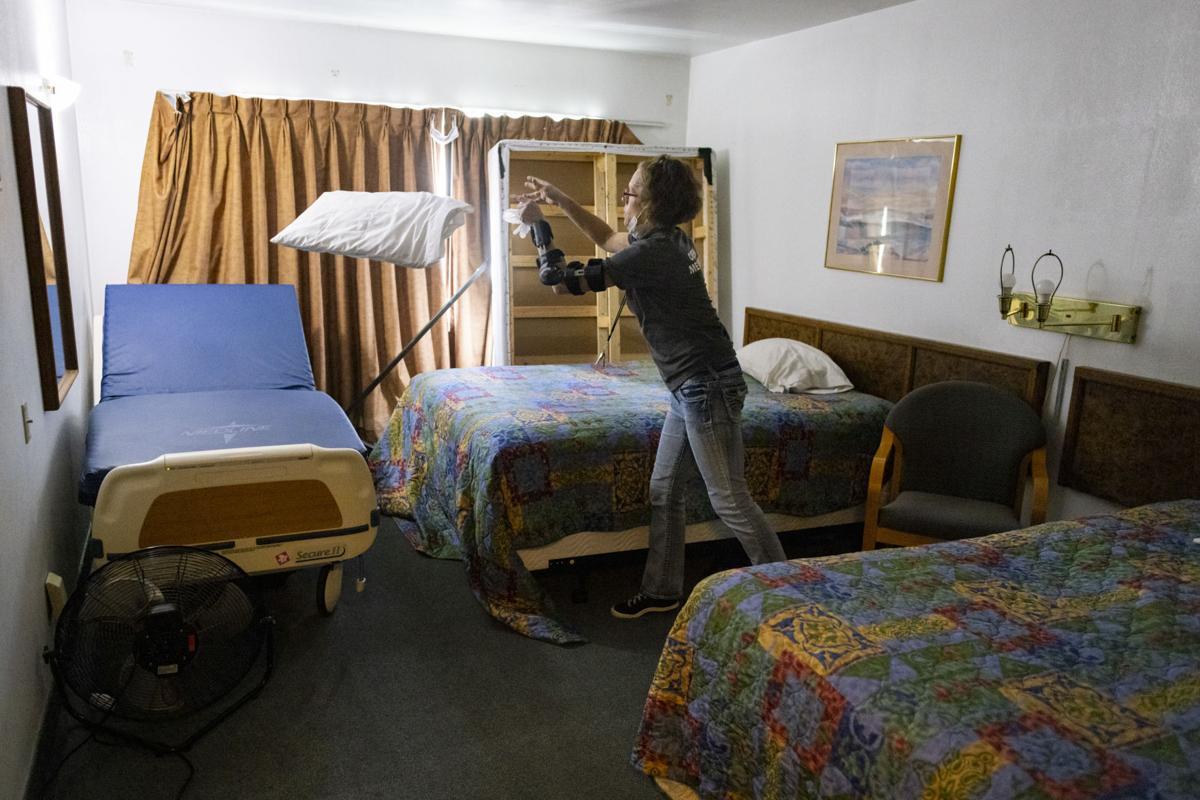 Rachel Bailey tidies up a room while giving a tour of the low-barrier shelter Off the Streets in Billings in October. 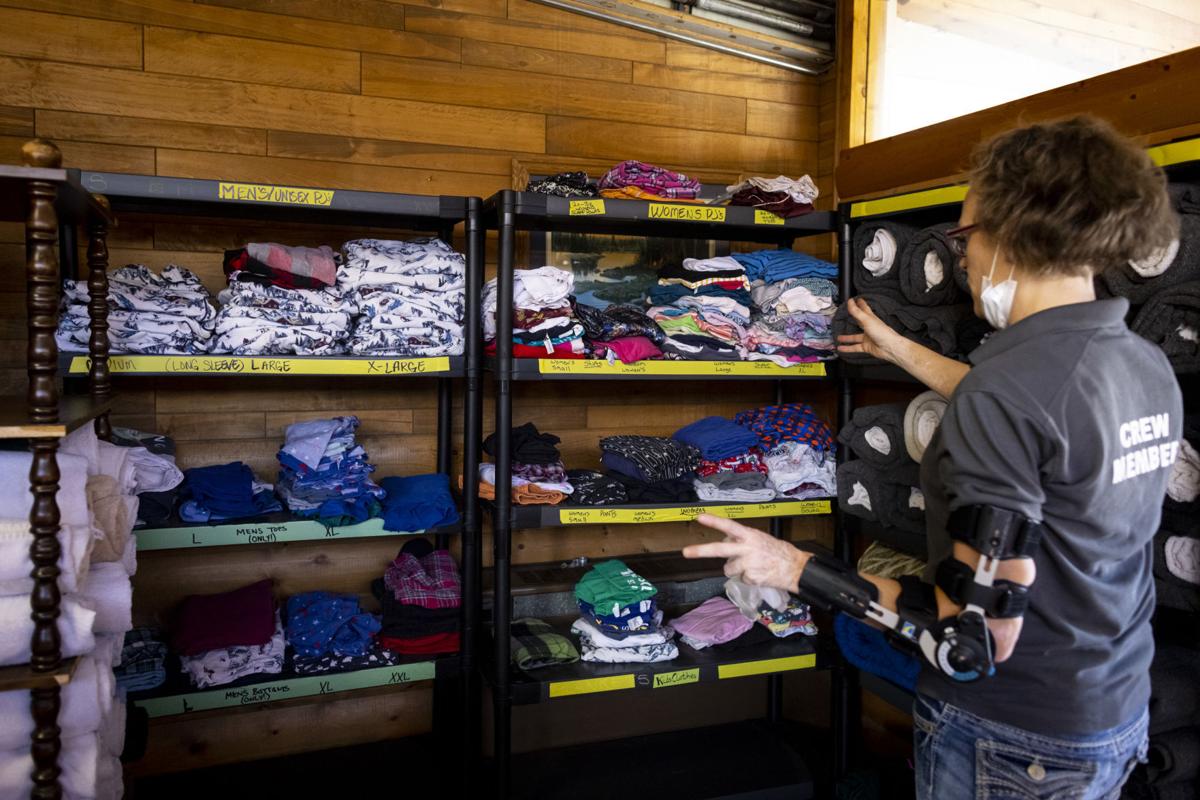 Rachel Bailey shows the pajamas given to guests while giving a tour of the low-barrier "Off the Streets" shelter in Billings. Guests at Off the Streets are given pajamas to wear while their clothes are washed overnight.

Off the Streets, the low-barrier shelter set up last fall in downtown Billings, has received $100,000 from the SCL Health Montana Mission Fund and the Montana Community Foundation.

SCL Health is the parent company of St. Vincent Healthcare and its foundation. The donation was given through United Way of Yellowstone County.

Off The Streets is a last-resort shelter set up by Continuum of Care, a group of more than 20 local organizations that assist, manage or treat members of Billings' vulnerable and transient populations. The shelter is housed in the former Western Inn downtown.

Those who use Off The Streets have to check in every evening and leave every morning. When they arrive they're screened by the Community Crisis Center and can be diverted to other Billings shelters if they qualify.

Last month, organizers of Off the Streets met with the Billings City Council to report on its effectiveness and the demand it's seen in the last 12 months. Using statistics gathered by the Billings Police Department, organizers showed that the shelter has been successful in reducing calls for public safety services in the area and that it had been more effective than anticipated in meeting the needs of downtown's transient and homeless populations.

Organizers also told council members they would need community support if they were going to continue to operate.

When Off the Streets opened last year it had been launched in part with federal COVID-19 and FEMA dollars. The community needed a place that could function as a quarantine and isolation center for members of the homeless or transient populations who were tested for COVID-19 and didn't have a safe place to isolate.

HAB Development, an arm of the Housing Authority of Billings, had purchased the former Western Inn on Second Avenue North prior to the pandemic and the building, with its individual rooms, seemed like the perfect place to quarantine and isolate transient and homeless COVID contacts.

The $100,000 gift from the SCL Health Montana Mission Fund will help Off the Streets keep the shelter open as the weather gets colder.

SCL Health Montana Mission Fund was established at the Montana Community Foundation by SCL Health in 2019. Since its inception, SCL Health has granted a total of $1.9 million from the fund to support organizations working to improve community health by improving access to health services, enhancing public health, advancing knowledge through education or research, or relieving government burden for health, according to a news release from the Montana Community Foundation.

Off The Streets, the low-barrier shelter that opened last fall in downtown Billings, will continue operating after showing significant success and seeing a continued strong demand for services.

City officials earlier this year tallied up the contacts between residents and public safety service providers in 2020 and found that 93 people had more interactions with those providers than anyone else in the city.

On Friday, Billings hospitals had 94 COVID-19 inpatients, including 76 who weren’t vaccinated and 18 who were vaccinated.

Yellowstone County reached yet another milestone in the COVID-19 pandemic with the first mass pediatric vaccination clinic opening its doors early Saturday morning.

In the Flathead Valley, civic leaders struggle with a worsening housing ‘crisis’

“Every one of us knows someone who has left Whitefish. It’s a crisis.”

Rachel Bailey tidies up a room while giving a tour of the low-barrier shelter Off the Streets in Billings in October.

Rachel Bailey shows the pajamas given to guests while giving a tour of the low-barrier "Off the Streets" shelter in Billings. Guests at Off the Streets are given pajamas to wear while their clothes are washed overnight.