A 44-year-old Billings man was shot dead by police after waving what turned out to be a pellet gun and threatening people inside a casino on Grand Avenue early Tuesday.

No one else was injured in the shooting at the Lucky Lil's Casino at the corner of Grand Avenue and 15th Street West at about 1:30 a.m., Billings Police Chief Rich St. John said during a press conference.

The man's identity is being withheld until his family is notified.

Sgt. Bret Becker, an 11-year veteran of the Billings Police Department, fired the fatal shots. He has been placed on routine administrative leave.

The incident was the Billings Police Department's second fatal officer-involved shooting in 15 hours.

Another man was shot dead by police at a downtown apartment building Monday morning. He had been charging officers with a knife when one one officer opened fire on him, St. John told reporters Monday.

On Tuesday, officers initially responded at 12:45 a.m. to a report of a man with a gun who was involved in a domestic disturbance at a home several blocks away on Yellowstone Avenue, St. John said. By the time officers arrived, the man had left. His ex-wife told police he had yelled something about going to rob a casino, St. John said.

Police later saw the man in the casino parking lot. An officer ordered him to stop, but the man entered the casino anyway. Officers were delayed getting "buzzed in" a security door at the casino's front entrance, St. John said, likely because staff's attention was directed toward the suspect. Officers had to break through a glass pane in the front door and crawl through, he said.

By the time officers got inside, the man was at the far end of the casino, waving what appeared to be a handgun, pointing it at people and apparently threatening to take hostages, St. John said. There were around a half-dozen customers inside the casino, he said.

"Once inside, the officers saw the suspect waving a gun and threatening people," St. John told reporters. "Patrons inside were yelling, screaming, ducking for cover or looking to escape."

After the man ignored "clear instructions" to drop the weapon, Becker fired his AR-15 patrol rifle several times, striking the man in the torso, St. John said. The chief said he believed the man was hit by multiple rounds. The suspect dropped the gun, fell down and then appeared to be reaching for something on the floor, St. John said.

Becker then fired and hit him again, St. John said. The man was transported to St. Vincent Healthcare, where he was pronounced dead.

It was unclear whether the man had discharged the pellet gun at any point during the incident, St. John said.

About 40 minutes elapsed from the time officers responded to the initial call to when the man was shot, Police Capt. Kevin Iffland said.

It wasn't immediately clear what the man had been reaching for on the floor, St. John said, but he noted that the gun was found next to the man's body. Officers later determined it was a compressed-air pellet gun. During the incident, Becker believed it was a lethal firearm, St. John said.

“(The) sergeant felt people were at risk, and he engaged,” St. John said.

Asked about the possibility of using non-lethal force, St. John said the distance from where officers had taken up a position near the casino entrance to where the suspect was at the time was "a lot longer than the capability of our Tasers." Iffland estimated the distance to be about 100 feet.

"A Taser is a less-lethal option for officers, and it's not an appropriate tool when you are in a deadly force situation," St. John said.

He said the suspect was known to local police, but declined to elaborate beyond stating that the man's ex-wife had a temporary restraining order against him that had not yet been served.

He also said he was not aware of any convincing evidence that the man was intoxicated at the time, although he said the man's ex-wife indicated he may have been using opiates. It did not appear that the man actually tried to rob the casino once he was inside, the police chief said.

The Associated Press reported Tuesday that 12 people have been shot and killed by law enforcement in Billings since May 2012.

Investigations into both of this week's shootings are being handled separately by BPD. The Montana Department of Justice's Division of Criminal Investigation is also providing assistance and oversight, and the results of the police investigation will be forwarded to the state agency, St. John said.

Among Montana's seven largest cities, Billings is the only one without a policy requiring an outside agency to lead investigations into fatal officer-involved shootings. St. John previously told The Billings Gazette he had worked with other local law enforcement agencies to create a special, multi-agency team to independently investigate such incidents.

That plan was placed on hold as they initially struggled to coordinate differing policies on how to proceed with those investigations, as well as a flurry of officer-involved shootings that strained his department's capacity to continue ironing out those differences.

In the meantime, St. John reiterated Tuesday his policy is to handle investigations in-house, and forward the results to DCI. The state investigation agency also has staff limitations of its own, he noted during the press conference. DCI Administrator Bryan Lockerby agreed with that sentiment in an email to The Gazette on Tuesday.

"We have also had incidents where we’ve been requested and simply had to decline because we didn’t have the resources to do it," Lockerby said. "We’re a pretty small work unit of investigators, and if we have other homicide cases and major investigations to do, there’s simply not enough of us to go around."

5 things 'Far Cry 5' gets right about Montana, and 5 things it gets wrong

How well did Ubisoft capture Big Sky Country in its first "Far Cry" game set in America? Here are just a few things they got right and wrong about Montana.

Here is a look at some of the crime stories from The Billings Gazette from March.

In a 6-5 vote that could well change the face of Billings forever, the Billings City Council voted Monday to authorize $100,000 as part of a $…

The Beartooth Ranger District will delay opening five roads that are still buried deep under the snow.

The Billings man killed by police in a downtown apartment building on Monday has been identified as Zachary Glen Hoven, a former Montana State…

Billings Police Chief Rich St. John talked about the range of police work — from the use of deadly force to graffiti prevention — during a “Ch…

The Billings police crime van is on the scene a fatal police shooting at Lucky Lil's Casino at 15th Street West and Grand Avenue. This is the second police shooting in less than 24 hours. 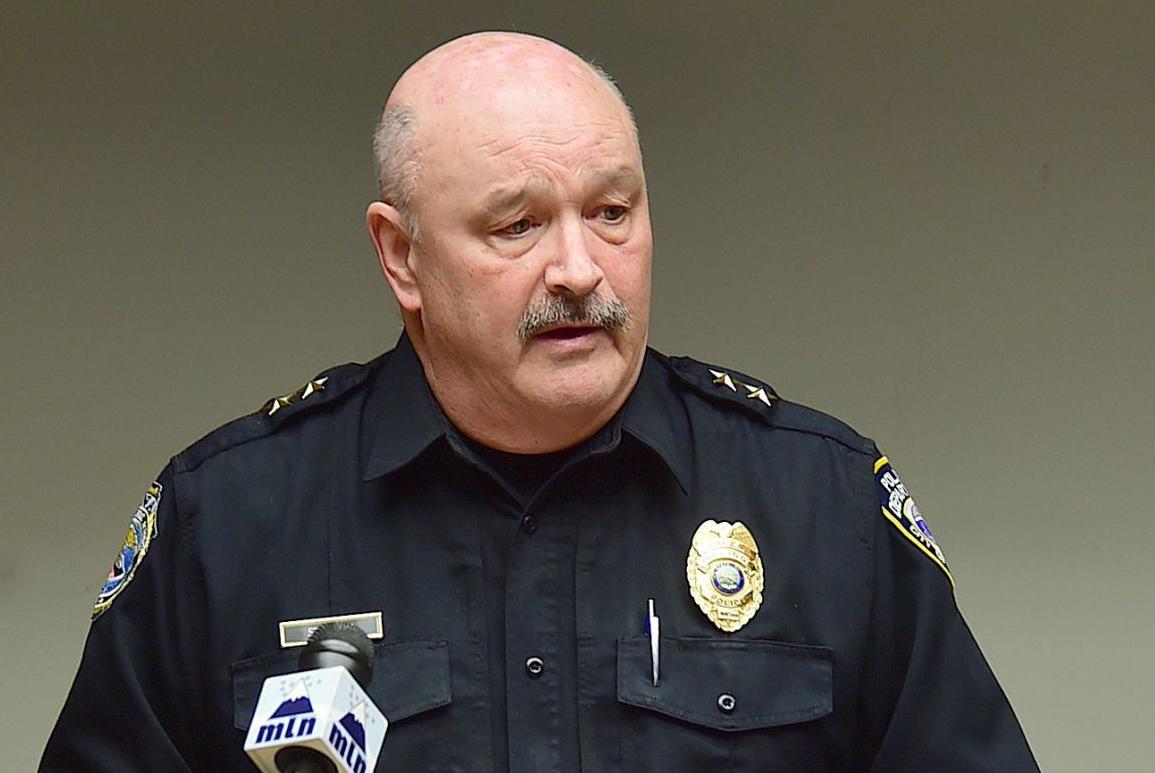