The Utah company that bought Meadowlark Community mobile home park in 2020 is shopping the property around after a bumpy two years.

Last winter, Meadowlark residents turned on their taps and found brown and black water pouring out. Montana Department of Environmental Quality investigated and discovered the minerals iron and manganese in the water — generally considered safe but unpalatable, according to DEQ.

The park has spent the last year trying to fix it. Havenpark has acknowledged that Meadowlark has had ongoing water issues, but maintains the water was always safe to drink, despite the color.

With the news that Utah-based Havenpark Communities might sell Meadowlark, Anton's hope is that residents there now might get the chance to buy the mobile home park themselves.

Three miles north on South Billings Boulevard, residents at C&C Community Mobile Home Park did just that in 2018 with the help of NeighborWorks Montana, a nonprofit organization working to create and protect affordable housing across the state.

In 2018, the residents of C&C began the process of buying the park from its owner, Chuck Barrett, and incorporating themselves into a cooperative nonprofit. The sale was finalized a year later, and over the last three years, C&C Community has made significant infrastructure improvements and bonded as a neighborhood.

"It's totally changed," said Wendy Herman, president of the C&C Community board and park resident for more than 25 years. "We were a community; now we're friends."

On Friday morning, she walked around the mobile home park with her friend Mary Lou Affleck, pointing out the changes and improvements. In 2018 Affleck was working for NeighborWorks and first contacted Barrett, pitching him on selling the park to its residents.

She's since retired and now works part-time for Rebuilding Together Yellowstone County, a nonprofit that provides free home repairs for low-income homeowners.

"It's night and day," Affleck said of how the park has changed since 2018. "They made the dream come true in my opinion."

As a newly formed cooperative nonprofit, C&C Community was eligible for a number of grants and programs to update infrastructure and help residents improve their homes. One of the biggest was a community development block grant through the city of Billings for $385,000.

Additional infrastructure grant funding pushed the total to just over $500,000, with which the park was able to repave its roads, install street lights, improve its signage and fencing, install storm drains and a fire hydrant, and rebuild the park's pump house and utility shed.

"No one person can solve everything," Affleck said. "But through partnerships you can improve things 10 fold."

It's something Anton at Meadowlark would like to see happen. Residents there have dreamed about owning their park for years, she said.

NeighborWorks has expressed interest in helping purchase Meadowlark and is pursuing its options with Havenpark. Owners who sell to a nonprofit receive a tax break.

For decades, Meadowlark was Blains Mobile Home Court, situated between the Yellowstone River and the Billings Regional Landfill just off South Billings Boulevard. In 2020, Blains sold to Havenpark Communities, which christened it Meadowlark.

A spokesman for Havenpark said the company has yet to decide if it will sell Meadowlark.

"We have recently received several offers from interested parties to purchase Meadowlark," he said in an email on Friday.

"While we are evaluating those offers, we have not determined at this time whether we will sell," he said. "We are very happy with our purchase of Meadowlark and our efforts to enhance and grow a stronger community."

Owning the parks in which they live help empower those residents and it gives them a sense of housing security and pride in their communities, Herman said.

Mobile home park residents often own the homes in which they live but not the property on which the homes sit. That land belongs to the park owner, and residents rent the space.

It leaves residents vulnerable to rent hikes and other fees, or to losing their homes altogether should the owner sell the park to an entity interested in developing the land, Affleck said.

NeighborWorks Montana has helped residents from over a dozen mobile home parks across Montana buy their communities. C&C was the first in Billings.

Back at Meadowlark, Anton received notice that her rent will increase again in January, a jump of $40. Between rent and other fees, she'll now be paying over $740 dollars to live in Meadowlark, up from $325 three years ago.

She described Havenpark's decision to shop around the mobile home park as "cowardly and callous." But she praised Meadowlark's office manager, who's been responsive to residents and worked hard to bring the community together. She also praised the park's maintenance man, who's always available and ready to help.

"It's the only thing holding this place together," Anton said.

In 2018, the residents of C&C began the process of buying the park from its owner and incorporating themselves into a cooperative nonprofit. The sale was finalized a year ago, and in that time, C&C Community has come together, making improvements and bonding.

Havenpark Communities is a relatively new player in Montana's mobile home park market. Since 2018, the company has bought up parks in Great Falls, Kalispell and Billings.

The drinking water at Meadowlark mobile home park has been deemed safe to drink by the state's Department of Environmental Quality. 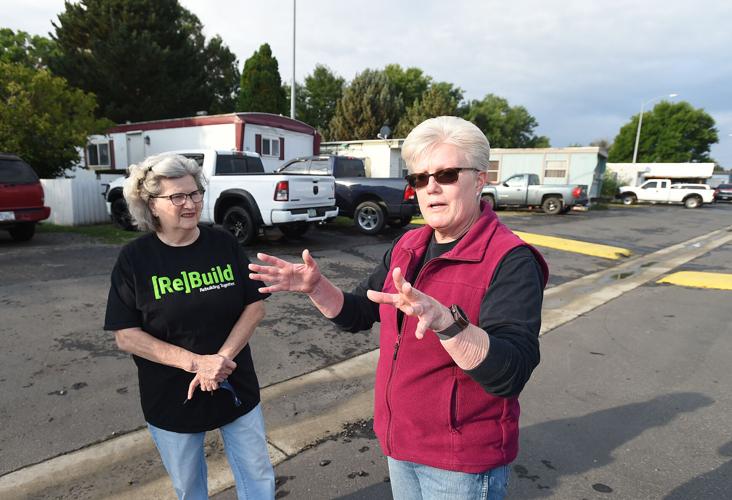 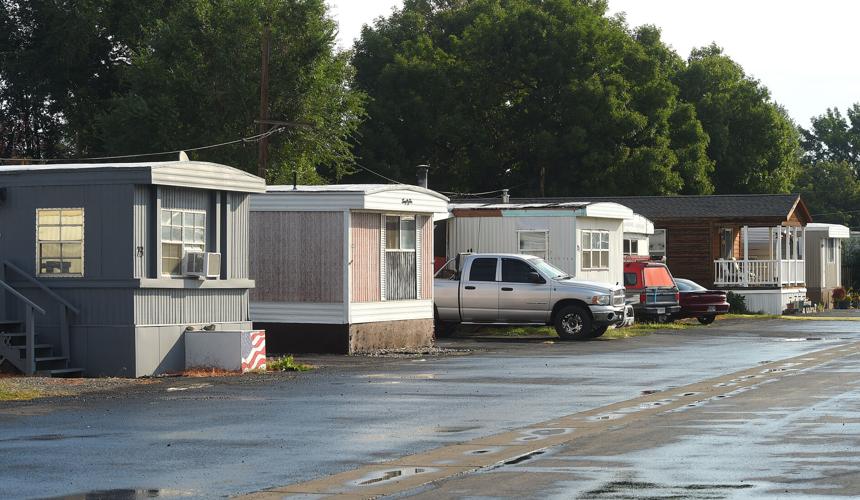 Homes are being repaired and painted at C & C Community mobile home park where residents are making improvements after purchasing the park. 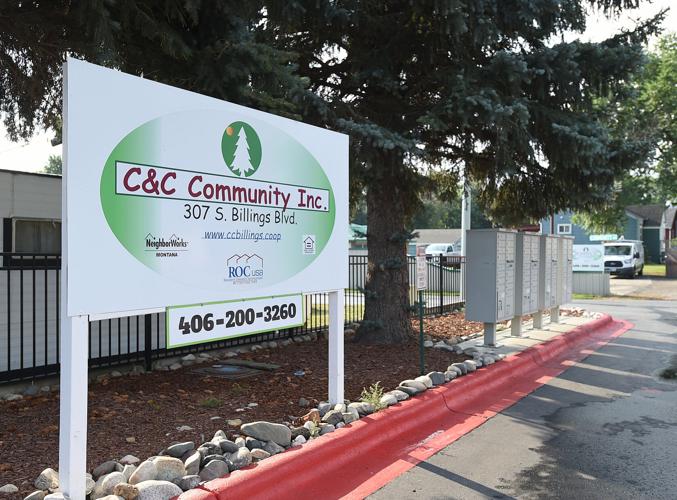 The entrance to C & C Community mobile home park where residents are making improvements after purchasing the park.