Williston, which is located 20 miles from the northeastern Montana state border, has developed the new $275 million project after 10 years of planning and construction.

XWA spans a total of 100,000 square feet, compared to Sloulin Field International Airport’s 10,000. There will be four gates with passenger boarding bridges along with a restaurant and a nursing area for parents and infants.

The airport will feature an automated bag screener, a first for Williston, and a children's play area for traveling families. The airport officially opens Oct. 10.

Anthony Dudas, director of Williston Basin International Airport, said that the new airport is a much-needed addition to the city’s growing population and developing infrastructure.

The Sloulin Field airport terminal was built in 2005, and was able to accommodate 10,000 people per year using the facility. In 2014 during the Bakken oil boom, the airport experienced a surge of 120,000 people in passenger traffic and has stayed at that level since then. XWA is also the brainchild of the energy industry's growth, Dudas said.

“We had to utilize temporary facilities, we had to coordinate with air carriers to make sure their departures weren’t overlapping, all kinds of items you wouldn’t typically need to do as long as your facility is appropriately sized,” said Dudas.

Now that XWA, which is owned by the City of Williston, will be up-to-date with FAA requirements, it can adequately support commercial jets and appeal to airlines that may look into using the facility.

At Sloulin, two commercial airlines have suffered from the failing infrastructure causing delays or flight cancellations, as well as ticket prices that were some of the highest in the nation, Dudas said.

“Our purpose is to provide reliable and safe air transportation to the region,” he said. “We just haven’t been able to do that at Sloulin Field because of our facility constraints. We can’t bring in the aircraft fleets that airlines are moving toward.”

XWA will also have a Customs and Border Protection facility, which is a service provided by the Sloulin Field airport. The Billings airport does not offer the same services.

Dudas said that most people coming from out of the country are typically Canadian and use private aircraft.

Kevin Ploehn, director of the Billings Logan International Airport, said he’s not concerned about losing customers in eastern Montana to XWA. Billings is the closest international airport to those in northeast Montana, other than the Williston airport.

Billings is a major hub in the region to transport customers to other parts of the country, and the airport supports seven major airlines, including two new carriers that offer cheaper flights, American and Frontier. The Billings airport saw 900,000 passengers in 2018.

Billings’ airport is also undergoing a $55 million remodel project that will expand its two concourses and increase the number of flight gates from five to eight.

Many customers, Ploehn has observed, shop in Billings before they return home.

“One of the things that seems to be the phenomenon in eastern Montana or northern Wyoming is coming to Billings and once they’re here, even though they go on a trip, when they come back, they can shop before they go home,” Ploehn said. “I call it the Costco phenomenon, where they’ll load up ... with all kinds of stuff before they go home because they don’t have that kind of shopping up in that area.”

Billings also sees flights from rural areas in northeastern Montana through Cape Air, which is funded through federal subsidies from the Essential Air Service that help keep customers’ share of airfare down to $49.

Walter McNutt, chair of the Sidney-Richland Regional Airport Authority, said that the Sidney airport isn’t expecting a downturn in flights through Cape Air. About 60% of Cape Air passengers, the airport’s only airline, travel elsewhere once they reach the Billings airport.

“In our neck of the woods, Billings is a hub for this area for medical, legal, accounting, all kinds of things. Plus, making connections to go to Denver, Salt Lake, Portland, and Seattle,” McNutt said.

“Those people come to Billings for a number of reasons, including getting on an aircraft and flying somewhere else,” Ploehn said. “So, we do draw a lot of out eastern Montana and northern Wyoming as well because we have more services than a place like Cody, or Williston. I don’t think either of them have Allegiant or Frontier and those are low-cost carriers, and that attracts a lot of people to our airport.”

While it’s too early to know if Williston’s new airport will change anything in Montana, the City of Williston has made the new airport a priority along with creating other plans for city infrastructure improvements like roads, water and sewer, and a new public works facility.

Shawn Wenko, executive director of the City of Williston Economic Development department, said that residents of towns within 100 miles of northeastern Montana will travel into Williston and utilize their goods and services.

After the Sloulin Field airport is decommissioned, certain buildings will be demolished, while others will be re-purposed for commercial use. The 1.25 square miles of land will be prime real estate for retail, restaurants, and home development.

“Once we start XWA, we’ll want to start right away on the redevelopment of the old airport,” Wenko said. “That’ll be an opportunity where we’ll be able to crack into adding more restaurants and retail in the market. We’ll hopefully see a convention center and adding additional housing opportunities into this market, so it’ll really transform how Williston looks once we’re able to get in and start redeveloping that property.”

The oil and gas industry is in need of more employees, and while families move to oil-centered areas, many workers fly to work temporarily in markets. XWA will help accommodate more flyers to the area in the future.

"I think (what) you'll see in Williston is that employment demand is very intense here, and the majority of that demand is the oil and gas industry," Wenko said. "They're probably taking up a majority of flyers into this market."

With Williston relocating its airport and improving its infrastructure, residents and city officials hope to see growth that attracts more out-of-state engagement.

“As the city grew, we were seeing more of a corporate presence in the oil and gas industry, so the need for access to good quality transportation into this market was critical for us,” Wenko said. “We’re excited. This thing is going to be a big game-changer for us and the community.”

Billings airport gets ready for its $55M launch into the future

Two historic Montana planes are taking to the skies again, with many believing their time of service isn’t over yet.

Smokejumpers reunite with historic plane they once jumped from

A group of nearly 30 people gathered to greet an old friend they hadn't seen in about half a century as she arrived at Edwards Jet Center Friday.

BISMARCK, N.D. — Environmental regulators in North Dakota have signed an agreement with the federal government that allows companies to avoid …

Police in Devils Lake, N.D. are investigating several reports of laser pointers targeting aircraft at the local airport, which is a dangerous crime.

Bozeman remains the No. 1 busiest airport in Montana, but Missoula International caught and passed Billings Logan International this summer for the No. 2 spot for what's believed to be the first time.

Despite coming in 3rd for summer flights in Montana, Billings airport on track to set a record

Billings Logan International Airport, which is usually the second busiest in the state, saw its numbers eclipsed last month by Missoula's airp…

Montana airports will see an uptick in departing passengers in the days leading up to and following the Thanksgiving holiday, adding to the co…

Bozeman Yellowstone International Airport saw more passengers than ever before in 2019 even as nearby Yellowstone National Park reported a dip in visitation. 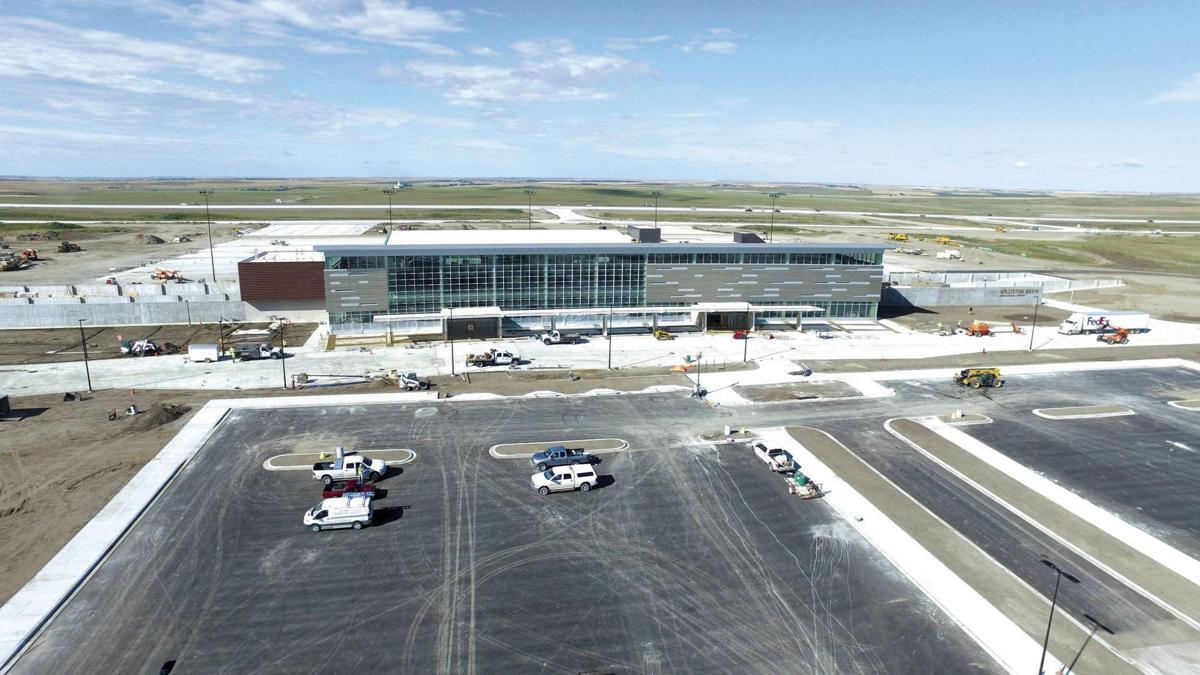 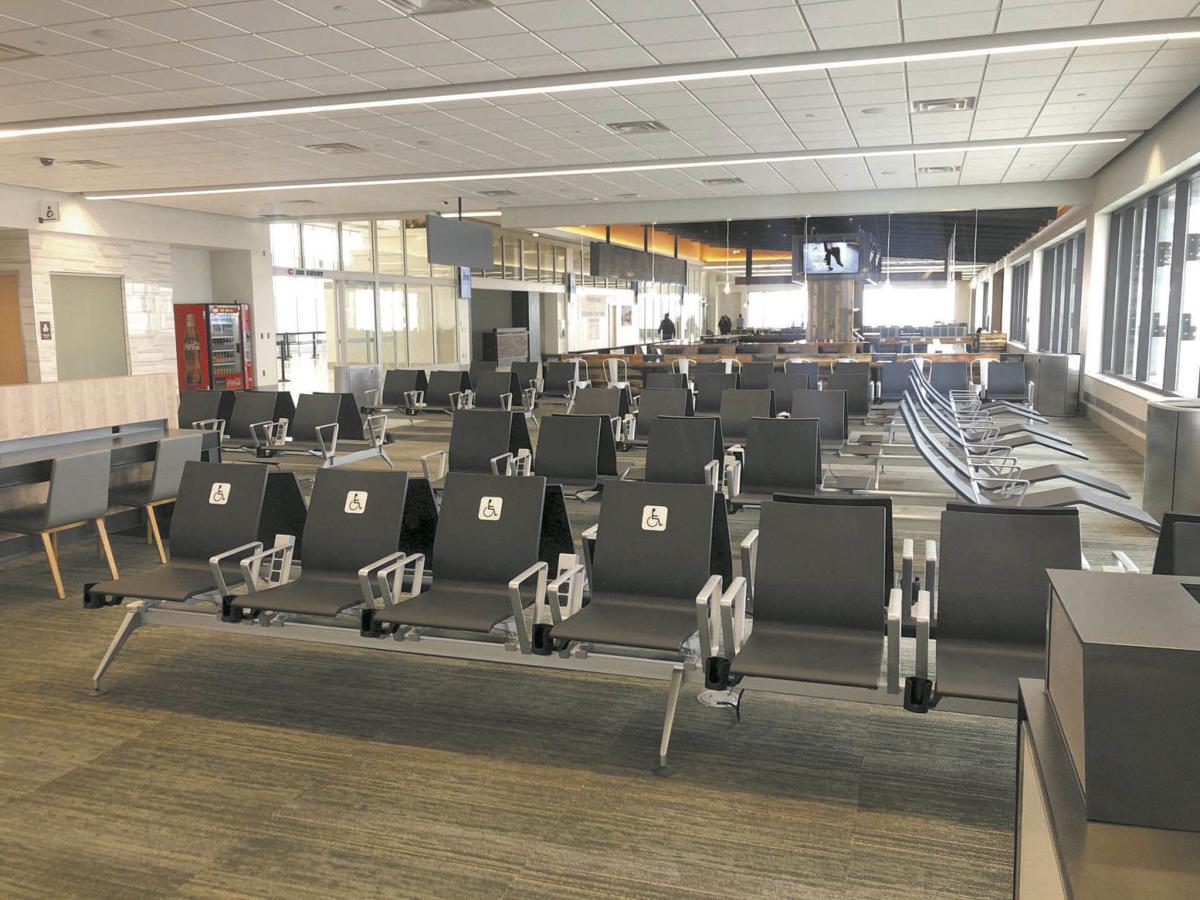 The passenger area of XWA features much more seating room than Sloulin Field, with outlets and USB ports built in, so passengers cam keep their devices charged while they await their flight. 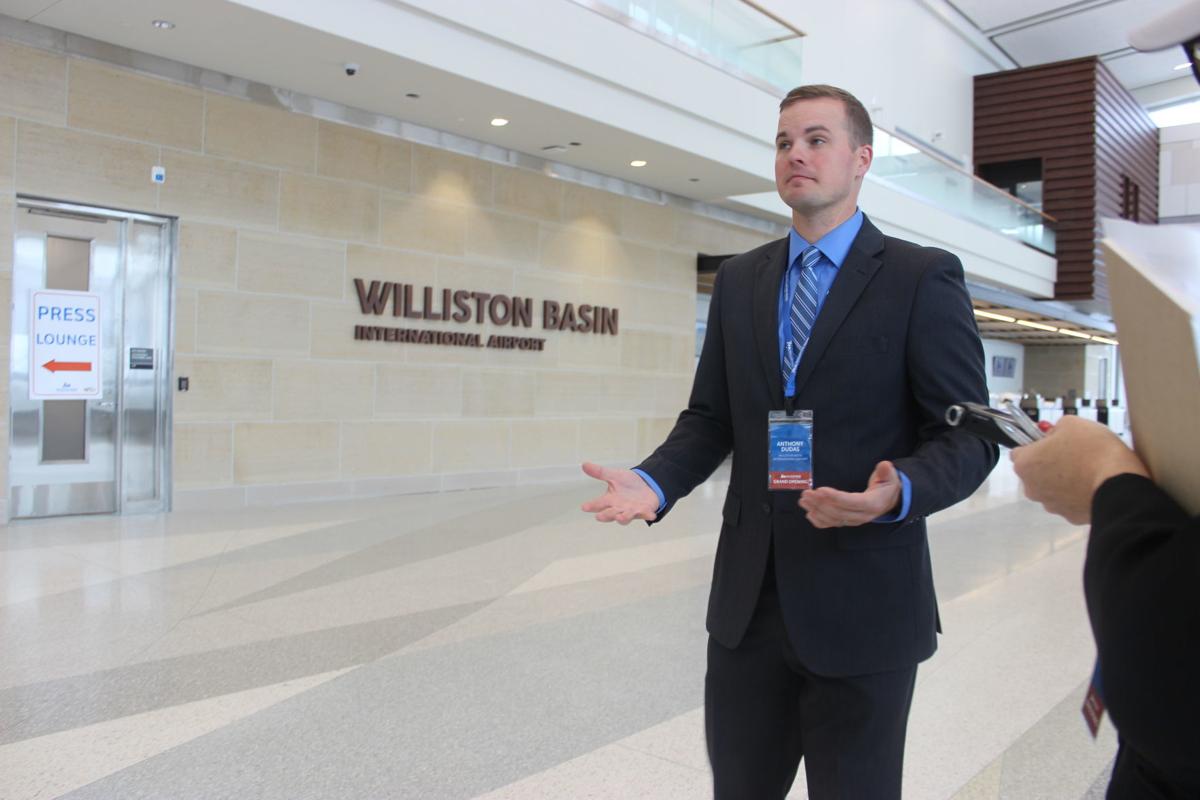 Anthony Dudas, XWA Airport Director, gives a tour of the newly completed $273 million facility, which has its official opening on Oct. 10. 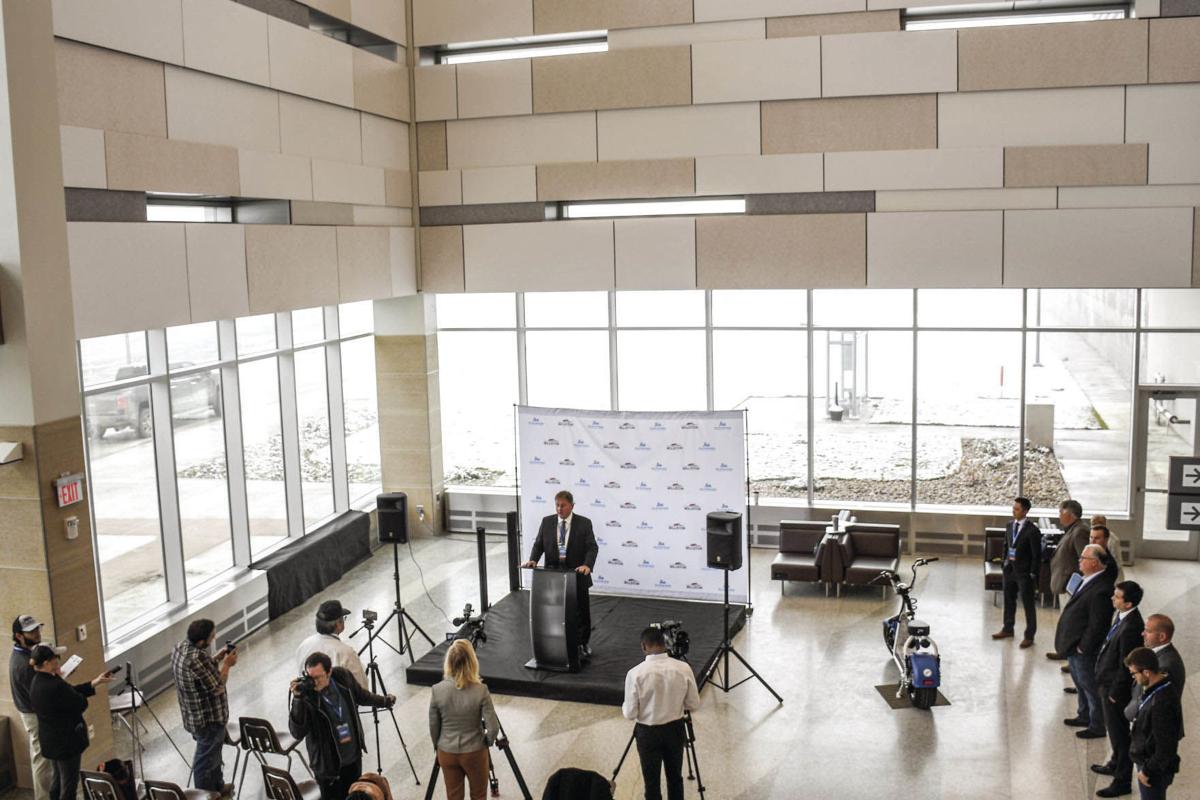