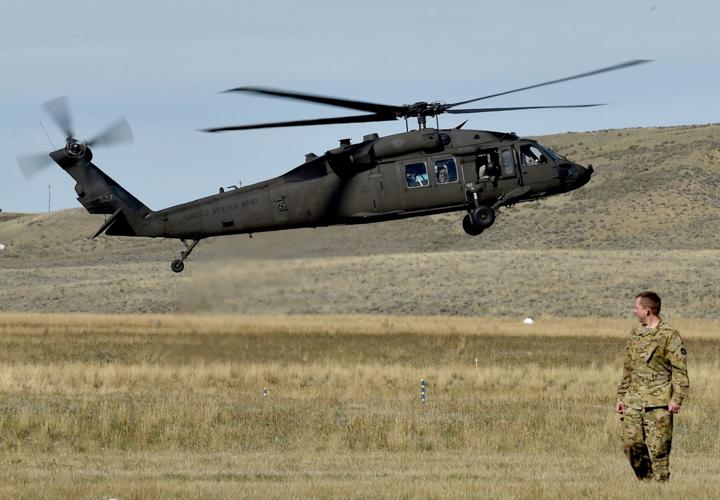 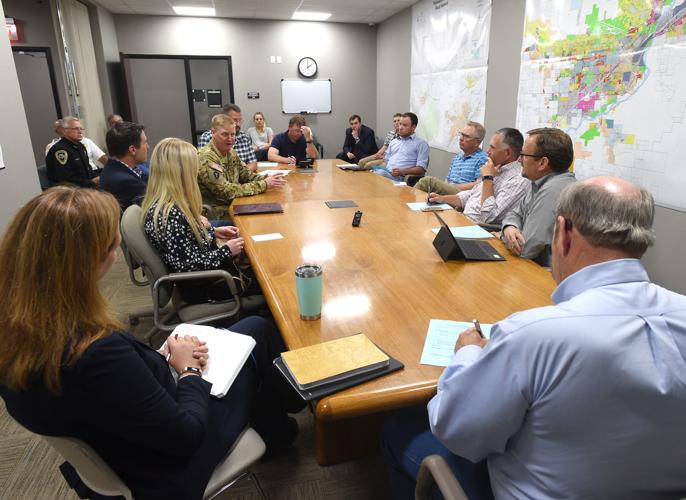 Representatives of the Army National Guard, Billings Flying Service, Congressman Greg Gianforte and U.S. Senator Steve Daines met  Monday with Yellowstone County Commissioners about their plans to build a helicopter base west of the Billings airport. 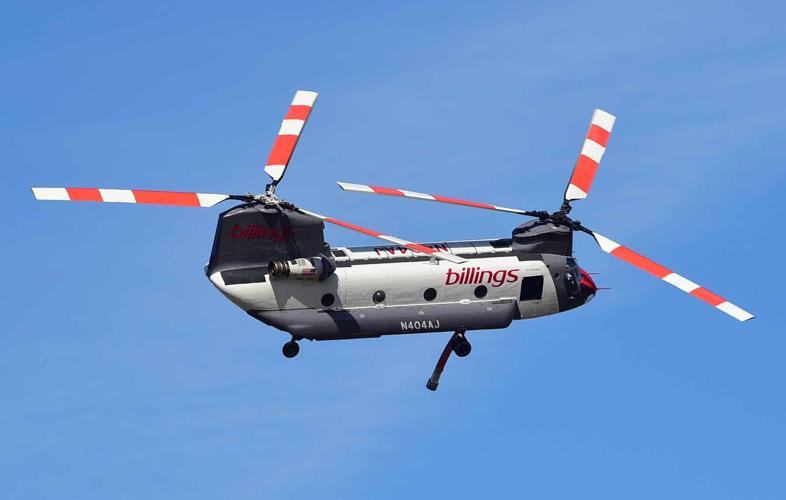 Military planners presented the idea to Yellowstone County Commissioners on Monday, who gave the concept a warm reception.

It’s still early in the planning process. The Guard would purchase the land from Billings Flying Service, a private facility that has a buy-sell agreement in place to purchase land west of their current facility, and then plans to sell it to the Guard. The project would then require environmental assessments and public comment, which would likely take at least a year.

The initial project would take up 20 acres, but could expand over time to about 100 acres.

The first aviation maintenance building would be constructed over a 6-8 year time frame, Lamach said.

That first facility would likely employ about five full-time personnel and host twice-monthly training for about 50 guard members. It would be built for about six helicopters.

Subsequent facilities would be added on their own 6-8 year time frames, Lamach said, and the overall facility would like have at least a 70-year lifespan.

Al Blain of Billings Flying Service said his company would likely rent out hangar space and could contract for maintenance in the future.

He said his company has expanded from about a dozen full-time employees five years ago to about 115 now.

"The growth rate has been just astronomical," he said.

Commissioners praised the concept, framing it as a potential economic boon for the county.

They also said they didn't anticipate concerns, despite nearby residents previously expressing concerns about noise from the Blains' helicopters in the past.

Commissioner Don Jones referenced his time in Helena as a legislator, and said that people didn't complain about aircraft noise from a nearby military facility.

"This is a great win for Yellowstone County if it comes together," he said.

Robert Ray is an electrical engineer from Fort Worth, Texas, who spends the majority of his time designing avionics, running mathematical mode…

Braxton Brown supported his right wrist with his left hand as his thin paintbrush formed the words “Big Booty Judy.” The artist then worked in…

The Montana Army National Guard wants to expand its helicopter operations to better serve Eastern Montana and has its eye on Billings.

CVS and Walgreens plan to offer the abortion pill

CVS and Walgreens plan to offer the abortion pill

Top 10 reasons drivers get pulled over

Top 10 reasons drivers get pulled over

Through the horror and desperation, rare scenes of redemption in Syria and Turkey

Through the horror and desperation, rare scenes of redemption in Syria and Turkey

Representatives of the Army National Guard, Billings Flying Service, Congressman Greg Gianforte and U.S. Senator Steve Daines met  Monday with Yellowstone County Commissioners about their plans to build a helicopter base west of the Billings airport.