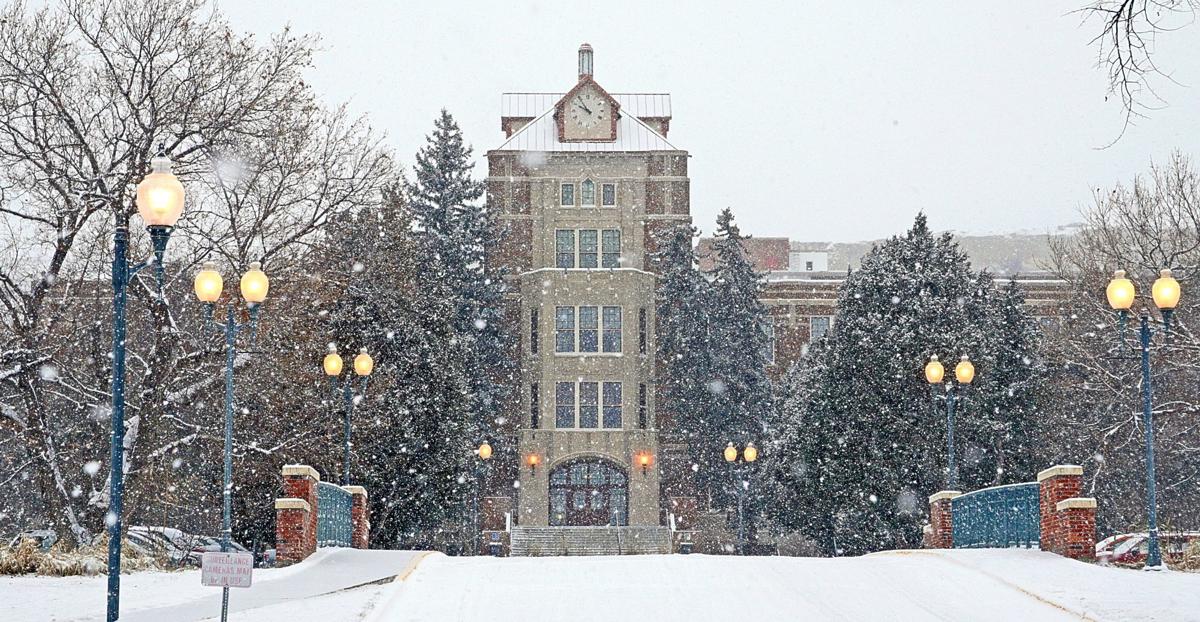 Snow falls on the main MSUB campus outside the administration building in 2016. 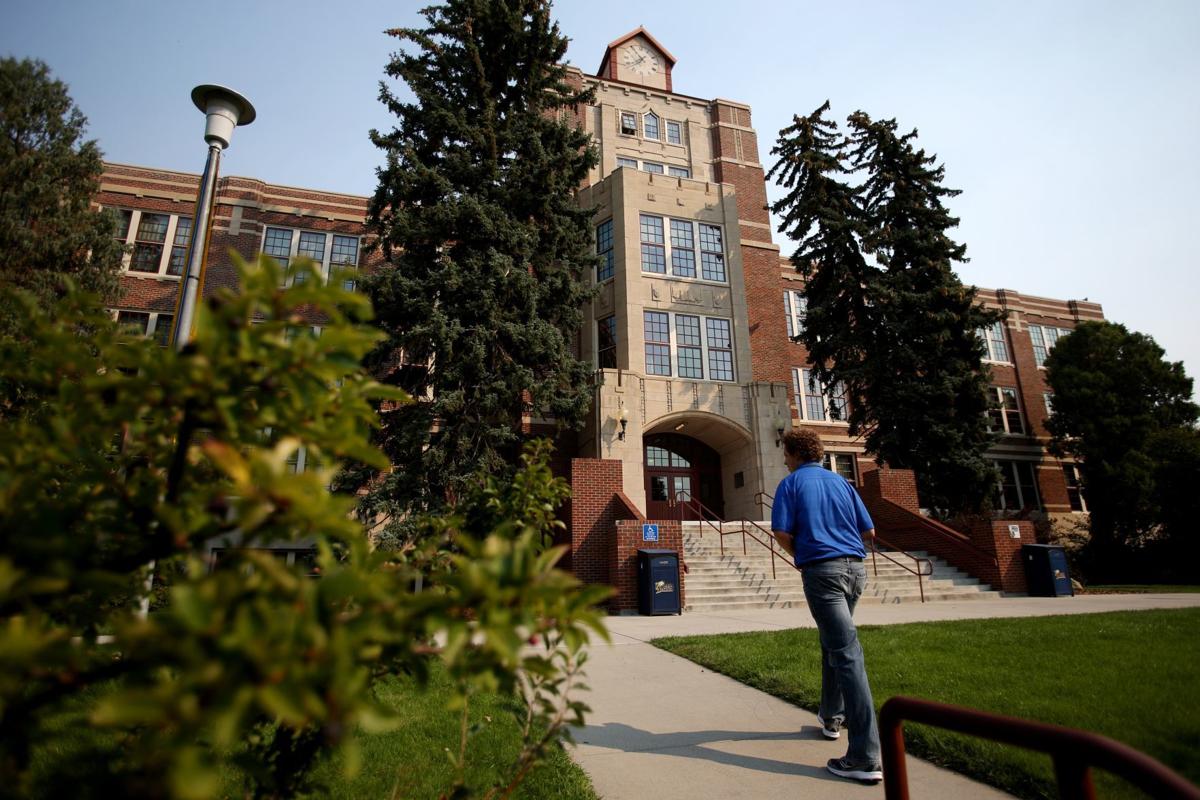 McMullen Hall on the MSUB campus.

Montana State University Billings will take a $200,000-plus hit in state performance funding compared to last year, earning an even smaller share of the metric-based money amid an enrollment crisis.

The school was eligible for $1.4 million based on how degrees awarded and student retention stack up compared to three-year averages, according to data presented at Thursday's Board of Regents meeting. MSUB will earn only about $550,000 — 39 percent of the money, the lowest share in the university system by far.

Preliminary budgets show MSUB’s overall budget could dip next school year, but not as drastically as previous cuts. This school year was budgeted for $36.6 million; next year is budgeted at $36.5 million. Officials warned that budget projections will likely change as factors like enrollment are finalized.

Last year, MSUB received about $760,000 in performance funding. Interim chancellor Ron Larsen, who will be replaced by new hire Dan Edelman in April, then cited how declining enrollment would begin to affect the funding. As smaller and smaller freshman classes age, they likely result in fewer undergraduate students earning degrees — a category that accounts for 40 percent of the performance funding formula.

MSUB saw a 6 percent decrease in undergraduate degrees compared to its three-year average.

What could help offset that is retention, how well a school keeps students from year-to-year, which accounts for 50 percent of the funding formula. But MSUB’s retention rate ticked down .1 percent this year.

Graduate degrees make up only 10 percent of the funding formula, but the category didn’t help MSUB; the school had a 16 percent decrease compared to its three-year average.

MSUB isn’t the only university struggling with enrollment. The University of Montana has also seen precipitous drops, but it still received a full share of its performance funding.

“We have different metrics by our mission types,” said Tyler Trevor, the Office of the Commissioner of Higher Education’s deputy commissioner for budget and planning.

City College handily earned its full allotment of about $400,000, despite a nine percent drop in degrees and certificates awarded. The school was buoyed by whopping gains in dual enrollment, a program that allows high school students to take college classes at high schools taught by high school teachers with extra training.

MSUB and City College both waive a per-credit fee for high schoolers in the program, a rare move in Montana. City College also saw a 33 percent increase in success for students in remedial courses.

Missoula College and Highlands College in Butte, both two-year schools, didn’t earn their full performance funding amount. Highlands earned 89 percent of its money, and Missoula earned 71 percent. Both schools saw drops in degree and certificates awarded and success for students in remedial courses.

Montana began using performance funding during the 2015 fiscal year, and the formula has undergone tweaks. The regents’ upcoming May meeting is the time to talk about more changes, Trevor said.

He cited debate about using graduation rates instead of overall degrees awarded.

“I have campuses right now questioning maybe that’s not the right way to go,” he said. “I think we have the right metrics, but I’m willing to listen and talk about it. Certainly campuses have a chance to make those arguments.”

“Should the board at our next meeting be talking about elevating that?” he said. “Maybe it’s $20 million, or it’s got some level of graduation to it.”

“I can offer a strong opinion on that … unequivocally no,” Trevor said. “It’s too hard to budget to.”

“Billings, right now, is just coming to grips that with financial year 19 they’re going to be $800,000 shorter than what they anticipated,” he said. “You wouldn’t want to put as much pressure on campuses so that now they have a $5 million hole they’re budgeting to.”

Regent Martha Sheehy said she didn’t have any problems with metrics or methodology.

(Editor's note: Sheehy has represented the Gazette in legal matters.)

“I do think that as regents we should ask ourselves at some point and really think about whether this is the carrot and stick that we want to use,” she said. “Has it been effective for the schools that are struggling? Has this really helped, or has this hurt them disproportionately to the amount of money that is at stake?”

“May is the time to do that,” Trevor said.

City College Dean Clifford Coppersmith will leave Billings to become the president of a Maryland college.

Want to know how to barrel age whiskey? There's a class for that in Billings

A month after pledging $500K to MSUB science building, Montana Coal Board may take it back

Less than a month after pledging $500,000 for a new science building at Montana State University Billings, the Montana Coal Board is consideri…

A Montana State University Billings administrator who also serves on the School District 2 school board will be stepping down from both positions.

Montana State University Billings secured $500,000 for its science building remodel Thursday from the Montana Coal Board.

As Montana State University Billings moves into some pivotal years, the new chancellor up in McMullen Hall says he will be there to see it through.

During my first weeks as the chancellor of Montana State University Billings, I have been overwhelmed by the welcoming nature of Billings. My …

Snow falls on the main MSUB campus outside the administration building in 2016.

McMullen Hall on the MSUB campus.