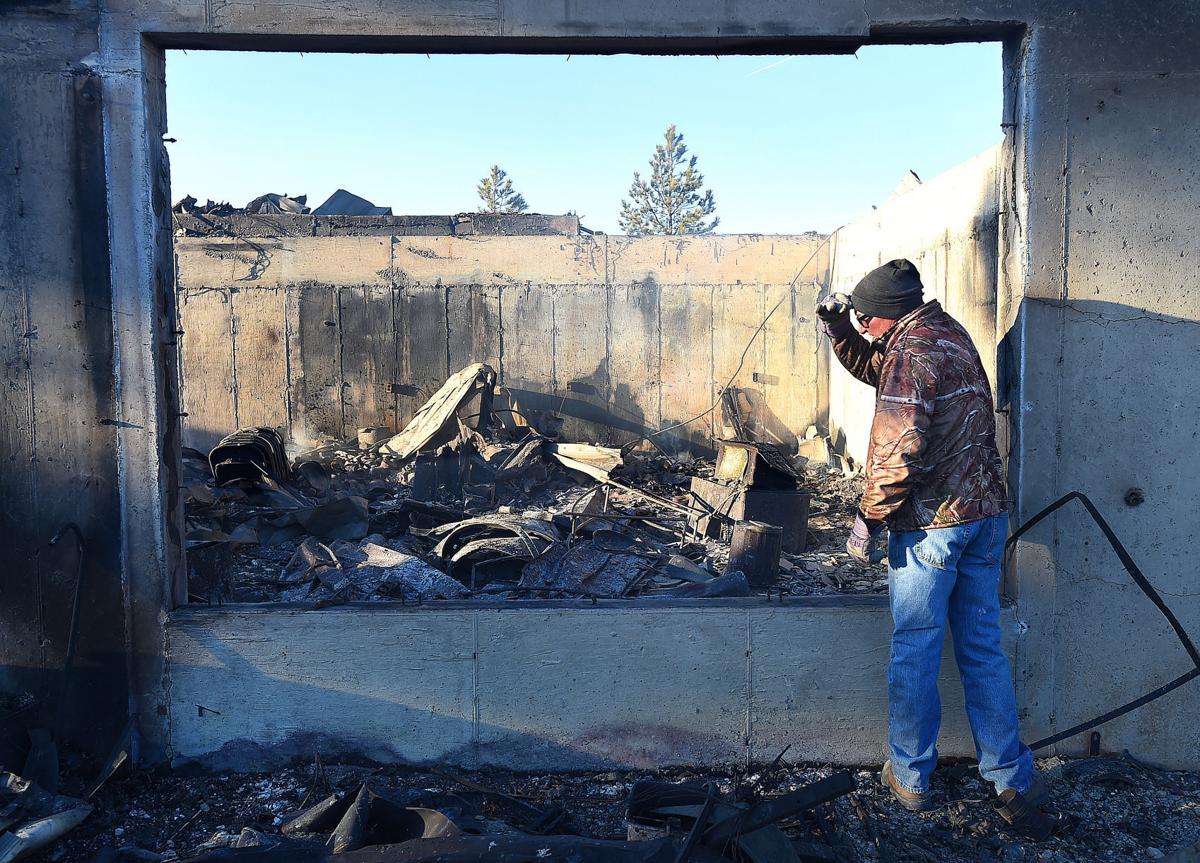 Lynn Lipps looks over the burned out home of neighbor Ed Raastad after a wind-driven fire burned homes and outbuildings on Painted Horse Trail and Porcupine Trail near Roundup burned Wednesday night. 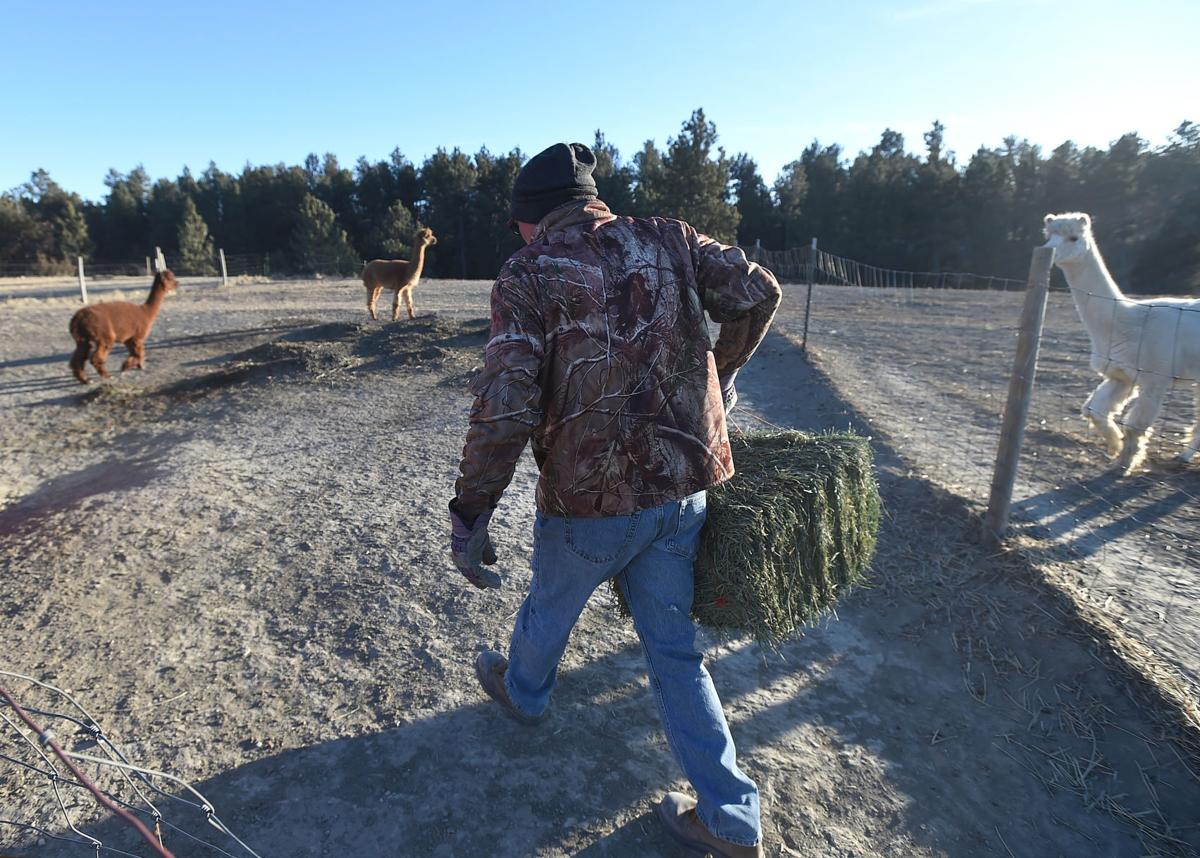 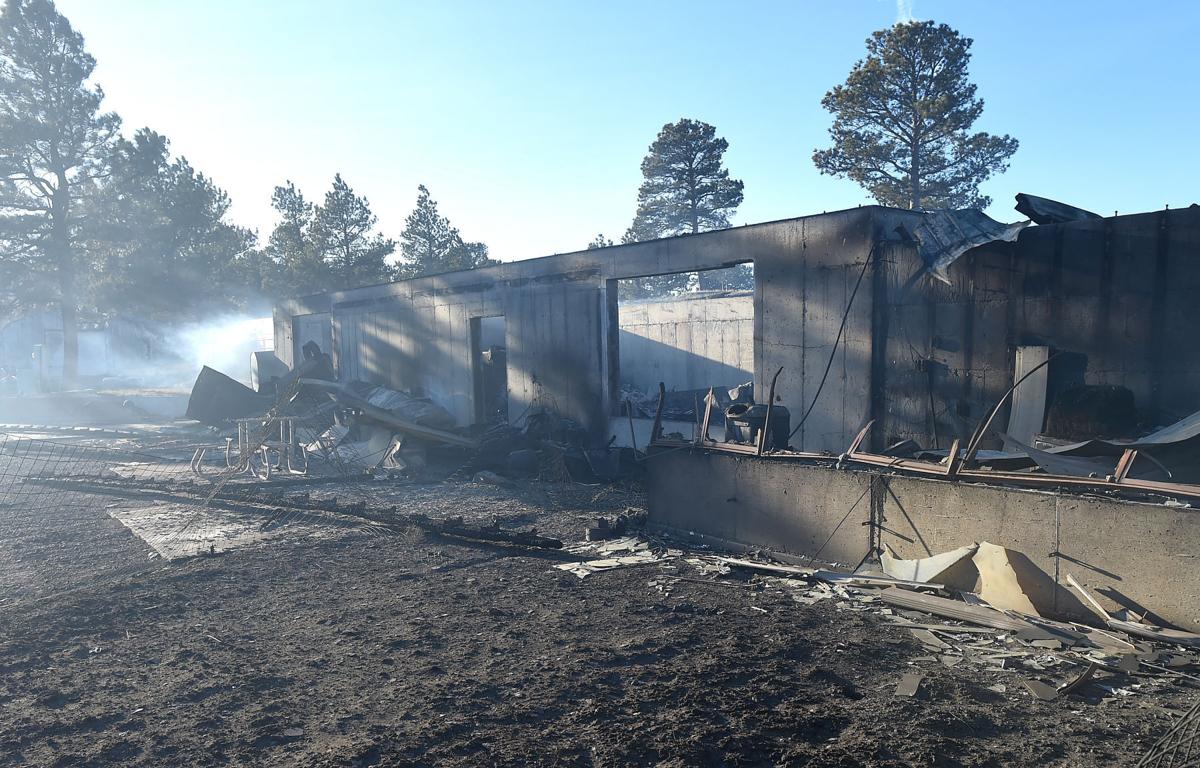 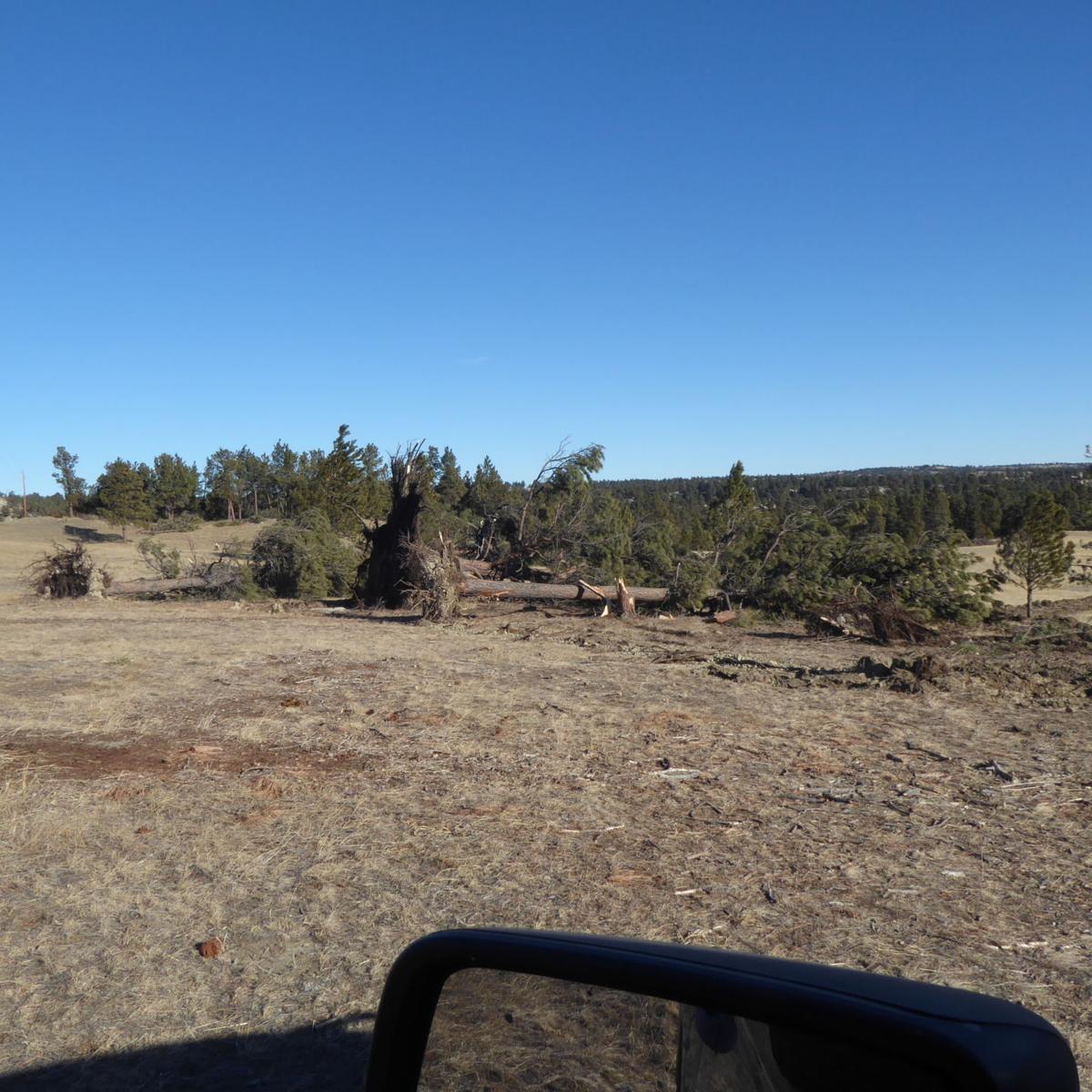 An image of downed trees near the North Delphia fire Thursday.

The North Delphia fire was estimated Thursday morning to be 1,000 acres or about 1.56 square miles in size. "Crews battled horrendous winds overnight to save what structures they could," Musselshell County Disaster and Emergency Services wrote in a social media update Thursday afternoon.

Peak wind gusts Wednesday in Musselshell County were measured at 51 mph in Musselshell and 76 mph about 18 miles southwest of Klein, according to the National Weather Service in Billings. It's possible wind speeds were even stronger. Lesnik said a county resident with weather observation equipment on a ridge recorded a gust of 81 mph yesterday. The sheriff described seeing mature trees completely uprooted by wind.

He estimated that at one point the fire may have traveled 2 miles in half an hour.

"I've been here for 17 years, never seen anything like it," Lesnik said.

The North Delphia fire is fueled primarily by grass, brush and timber. The sheriff said there was some crowning, but that the fire mostly traveled through ladder fuels low to the ground. In some places the fire was less than 20 yards wide. Elsewhere the width reached half a mile. The sheriff estimated the burn area is about 5 miles long.

"Some of the fuels aren't as volatile as they would have been in August. Had this been August 15, this thing would have stopped when it got to the Yellowstone River. There'd have been no stopping it," Lesnik said. "It would've been through Melstone into Rosebud County and probably halfway to Ingomar by now."

The fire remains under investigation. Lesnik declined to offer a possible cause but said it was not caused by arson.

The sheriff said he attempted to warn people in the North Delphia subdivision but by the time he got there the fire had already moved through the subdivision and into grassland and pasture beyond. When he circled back to Painted Horse Trail he said he found the road blocked by trees that had been blown across the road.

The primary structures lost include a residence that was occupied at the time of the fire and a guest cabin on the same property. Another primary structure lost was described by the sheriff as a hunting cabin. Lesnik said there was no loss of life from the fire and he was unaware of any reported injuries.

More winds were expected for the area Thursday, although forecasts from the weather service showed them likely to be less powerful than those seen the day before. Lesnik, speaking at about 1:30 p.m., said that he did not expect the fire to make another run. Crews were continuing to put dozer lines around the fire, which made its way into what he described as "some pretty rough country" that offered some natural resistance to the fire with wet north-facing slopes.

Musselshell County is among several counties that remained under a high wind warning Thursday until 6 p.m. due to a chance of gusts between 55 and 65 mph.

Firefighting crews remained at the scene of the Delphia Road fire Thursday to and continued to fight the remains the fire, which had some dozer line around it by 9 p.m. Wednesday night.

"At this time we have a large wind fueled fire in the North Delphia Road area," the Facebook post read. "We have all available fire crews on scene. We ask that you stay clear of the area at this time. Please do not call dispatch."

The destruction of the North Delphia fire comes after the lightning-caused Bobcat fire destroyed 10 homes and at least 13 outbuildings after it began burning in early September.

Lynn Lipps looks over the burned out home of neighbor Ed Raastad after a wind-driven fire burned homes and outbuildings on Painted Horse Trail and Porcupine Trail near Roundup burned Wednesday night. 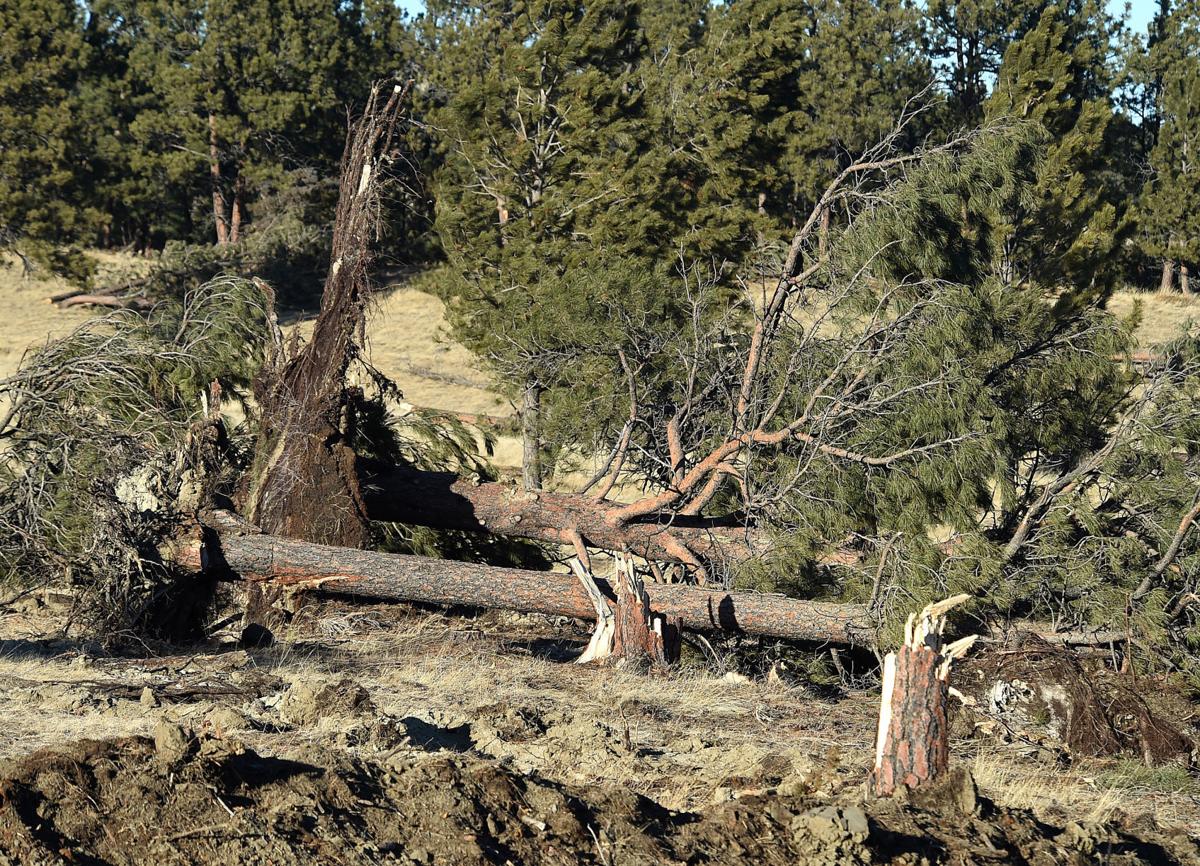 High winds uprooted and snapped off pine trees Wednesday in the area of Painted Horse Trail and Porcupine Trail near Roundup.

An image of downed trees near the North Delphia fire Thursday.