Neuroscience at St. Vincent Healthcare in Billings is getting a serious shot in the arm.

"It keeps them alive," said Megan Stovall with the St. Vincent Healthcare Foundation.

John and Cheryl met in an operating room at St. John's Health Center in Santa Monica, California. John was the neurosurgeon and Cheryl was one of the nurses assisting.

Neurosurgery had been important to both of them. John had a grandmother who struggled with Parkinson's Disease; it led him to decide as a 12-year-old to become a neurosurgeon. Cheryl's grandfather died from a brain tumor and her father, who was blind, had dreamed of becoming a neurosurgeon. Instead, Cheryl became a neurosurgical nurse.

Shortly after they married in 1993, John was recruited by St. Vincent Healthcare. It was there he helped pioneer deep brain stimulation surgery in Montana. At the time, he was the only one in the state doing it. And Cheryl was there in the operating room as his first assistant.

"We fell in love doing neurosurgery," Cheryl said. "It was the best time in our lives working together."

That shared love and experience was the motivation behind the gift; the $5 million represents the bulk of their estate.

"Their endowment will fund a surgeon like John," Stovall said.

Dr. Stuart Goodman, the medical director for neuroscience at St. Vincent, talked about the outsized role John played in the hospital's development of brain surgery and the need it has filled.

"There's a need to have strong neurosciences services that provide the latest technology and care to the people of Montana," he said.

It's the second donation the Moseleys have made to St. Vincent in the past year. In December the couple gave $1 million to the St. Vincent Healthcare Foundation to support the hospital's spiritual care program.

That donation came shortly after the hospital's annual fundraiser, the SAINTS ball, which collected nearly $1 million to benefit the Healing Beyond Medicine Campaign that will endow the spiritual care program at St. Vincent.

"It's taking a great program and making it even better through the generosity of the Moseleys," said Michael Skehan, chief operating officer for St. Vincent Healthcare.

Thousands demonstrate in Madrid to call out violence against women

Thousands demonstrate in Madrid to call out violence against women

St. Vincent Healthcare Foundation has received a $1 million gift from retired Billings neurosurgeon Dr. John Moseley and his wife Cheryl, a re…

Lockwood residents and students no longer have to leave their community to get basic health care.

Heart and Sole Run gives $8,500 each to YMCA, Billings TrailNet

Heart and Sole Run organizers on Wednesday gave $8,500 each to the YMCA and Billings TrailNet for the development of trails at Swords Park in …

He’s not one to keep count of cases, but the longtime surgeon figures over four decades he’s performed more than 10,000 operations, thousands of them open-heart surgeries. 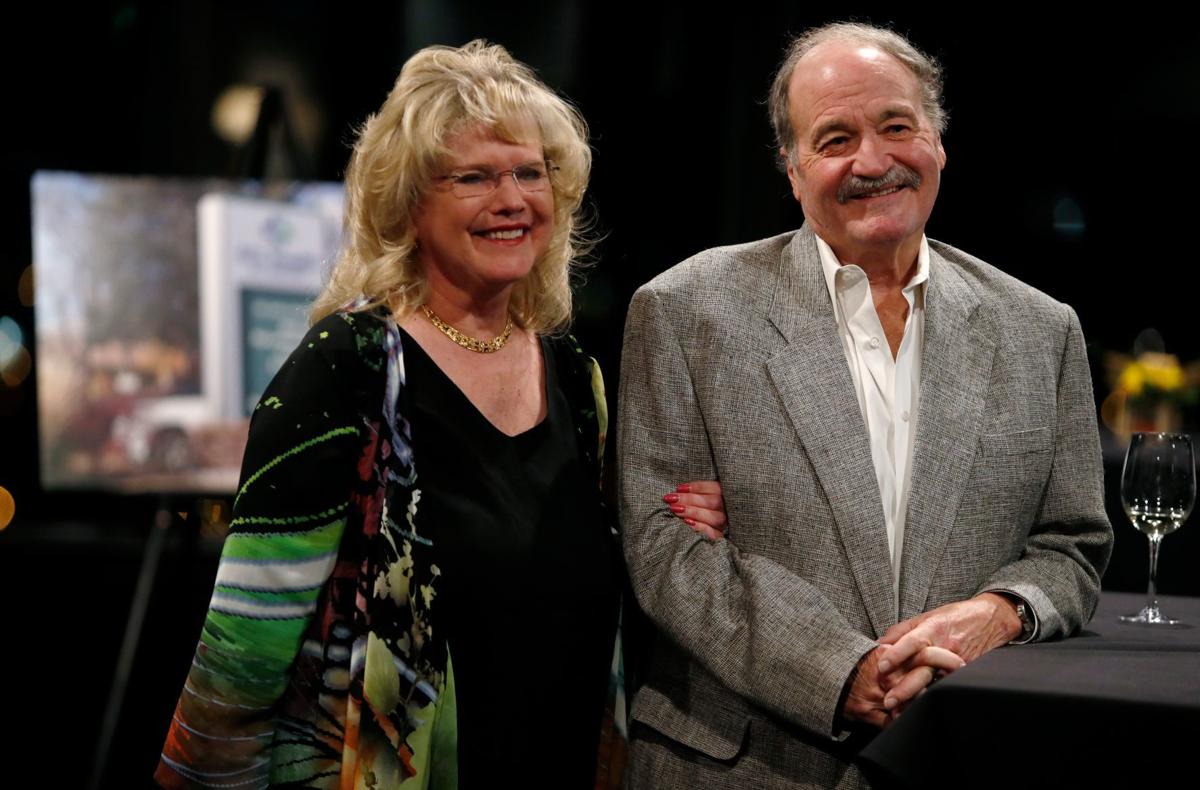 Dr. John and Cheryl Moseley are honored at a reception for their $5 million gift to the St. Vincent Neurosciences at the Petroleum Club on Tuesday. 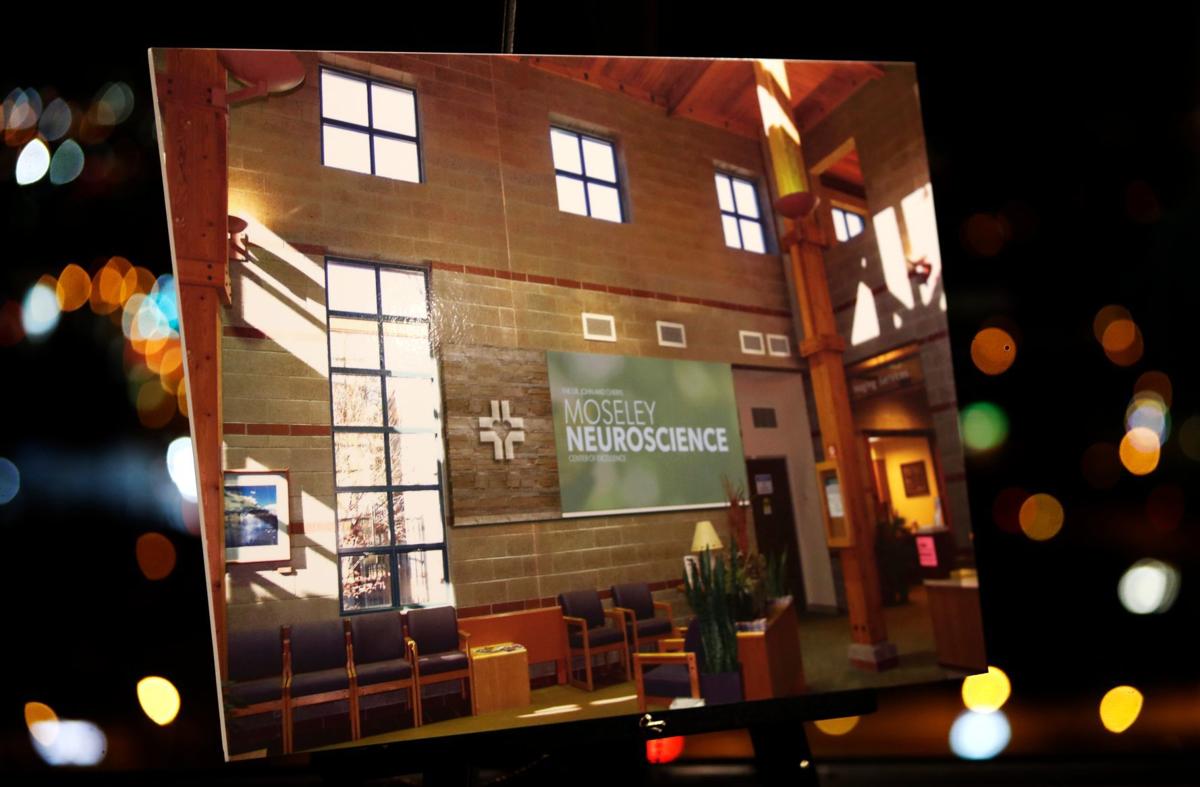 A rendering shows the renaming of the St. Vincent Neuroscience center in honor of a $5 million gift from Dr. John and Cheryl Moseley at the Petroleum Club on Tuesday. 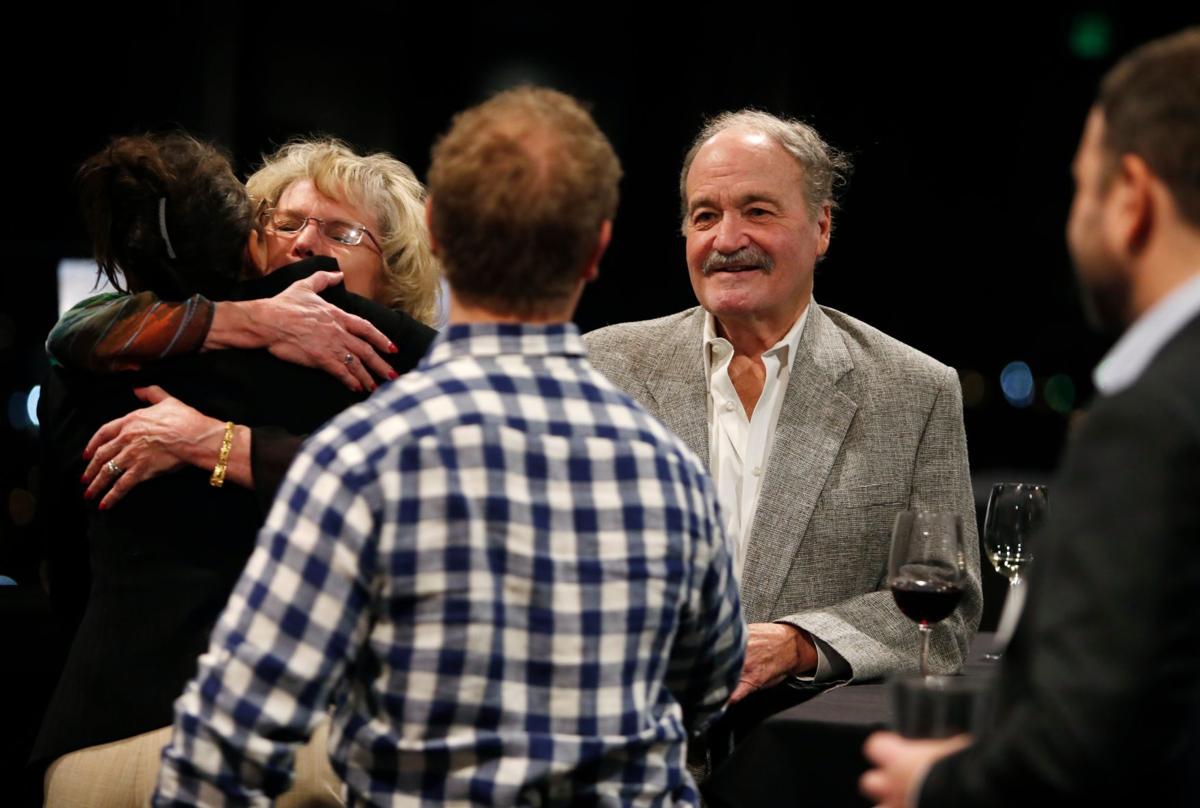 Dr. John and Cheryl Moseley greet guests including Tracy Neary, left, and Riley Paris, center, at a reception honoring their $5 million gift to the St. Vincent Neurosciences at the Petroleum Club on Tuesday.