A 24-year-old Billings man was arrested at gunpoint Thursday morning by the Billings Police Department after the SUV he was a passenger in collided with a police vehicle at a downtown intersection.

The man was arrested in connection with the shooting of a 27-year-old Billings woman early Wednesday morning on the South Side. The shooting happened on the 900 block of South 29th Street at about 4:26 a.m. and left the woman with injuries that police described at the time as not life threatening.

Per the press release, Parker was being held at the Yellowstone County Detention Facility on suspicion of attempted deliberate homicide, felony drug possession and robbery, in addition to multiple outstanding warrants.

Around 9 a.m. Thursday police conducting a follow-up investigation into the Wednesday morning shooting tried to stop the suspect vehicle, a black Cadillac Escalade, before it drove away from them while in the area of Hilltop and Main Street.

The SUV continued to evade police and at one point collided with a police car near Sixth Avenue North and North 13th Street. Police ordered Parker and the two other people out of the truck at gunpoint before arresting them.

BPD Lt. Shawn Mayo said he was not aware of anyone who needed immediate medical treatment. The lieutenant estimated Parker had about $50,000 in outstanding warrants.

The driver of the SUV, Marlena Bigday, was identified in the afternoon press release. She was described as a 46-year-old Billings resident.

Bigday was also arrested and taken to YCDF on suspicion of felony criminal endangerment and felony obstructing justice, along with other misdemeanor and traffic offenses.

An 18-year-old man from Billings who had been in the suspect vehicle was let go at the scene, according to police.

Multiple police vehicles remained at the scene of the arrest as of 10 a.m. Thursday, and both North 13th Street and Sixth Avenue North were partially blocked by vehicles, including the vehicle police found Parker in. That SUV was partially in the intersection.

From the north side of the intersection Michele Cooke watched the incident play out from inside the Castle Coffee stand she has owned and operated for nearly a decade. She said she has seen her fair share of crashes and other incidents along the nearby stretch of Sixth Avenue but nothing quite like what she saw Thursday morning.

No arrests have been made but police are continuing to investigate shootings that occurred Saturday and Monday night in Billings.

A 17-year-old boy from Billings was shot multiple times early Monday along North 25th Street, according to the Billings Police Department.

Woman says gun went off after she dropped it in Billings bar restroom, shooting other woman

A man was taken to the hospital after being hit by a car off of Grand Avenue Thursday evening.

The superintendent of Hardin schools was cited for driving drunk in October.

A 28-year-old Billings man may face up to 12 years in prison on charges of stealing a Billings city bus with two passengers inside on Thursday.

While having a relaxing game night at their home, the Dodge family quickly found themselves leaving the house after the upper level was engulf…

A 5-year-old boy died Sunday afternoon in a Salt Lake City hospital after being injured the day before in a car crash on Billings' West End, a…

The Thanksgiving holiday will see little snow accumulation, but a forecast of 8 to 12 inches of snow throughout Friday and Saturday could make…

A 42-year-old Billings woman is facing two felonies after stabbing her partner multiple times in their home on Friday.

The Laurel Police Department is looking for information on a series of vandalism incidents on the south side of Laurel.

UPDATE: I-90 closed from Hardin to Wyoming state line

As of 7 p.m. Friday, a 60-mile stretch of Interstate 90 has closed from Hardin south through Crow Agency to the Wyoming state line, according …

A man was arrested Monday night on suspicion of threatening several people with a knife including a mail carrier in downtown Billings. 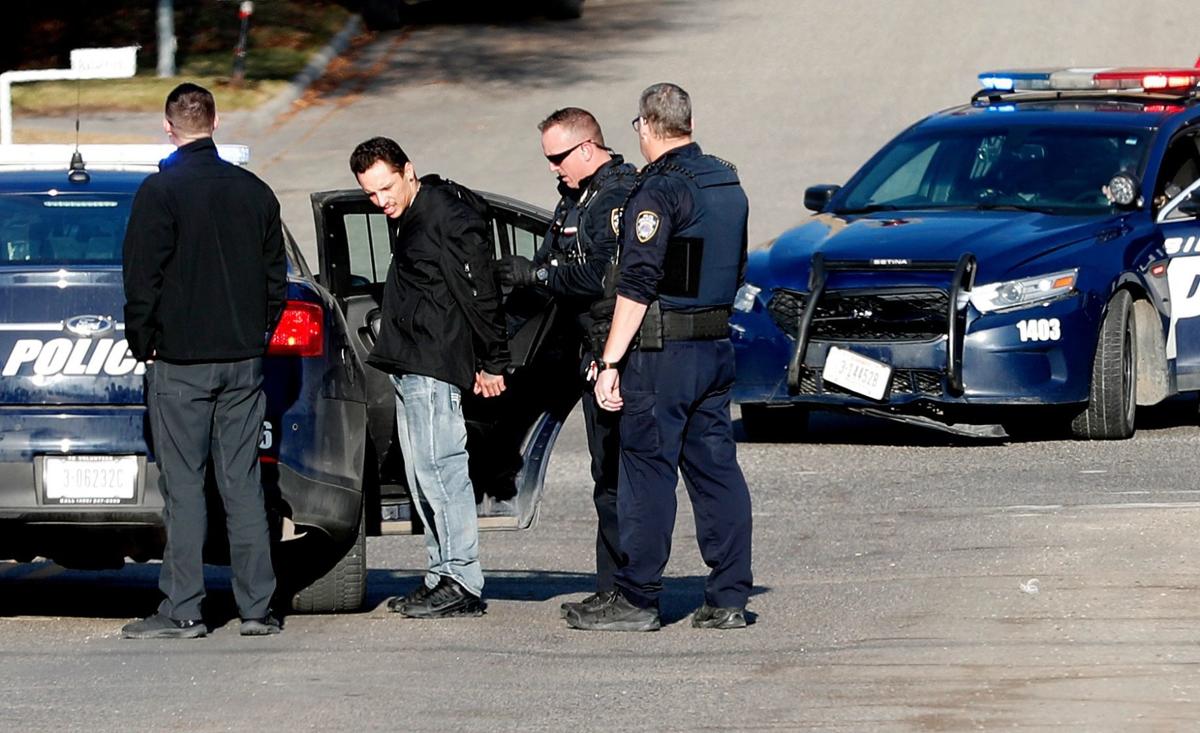 A man is arrested at the scene after a crash with a Billings Police car at the intersection of Sixth Avenue North and North 13th Street on Thursday morning. 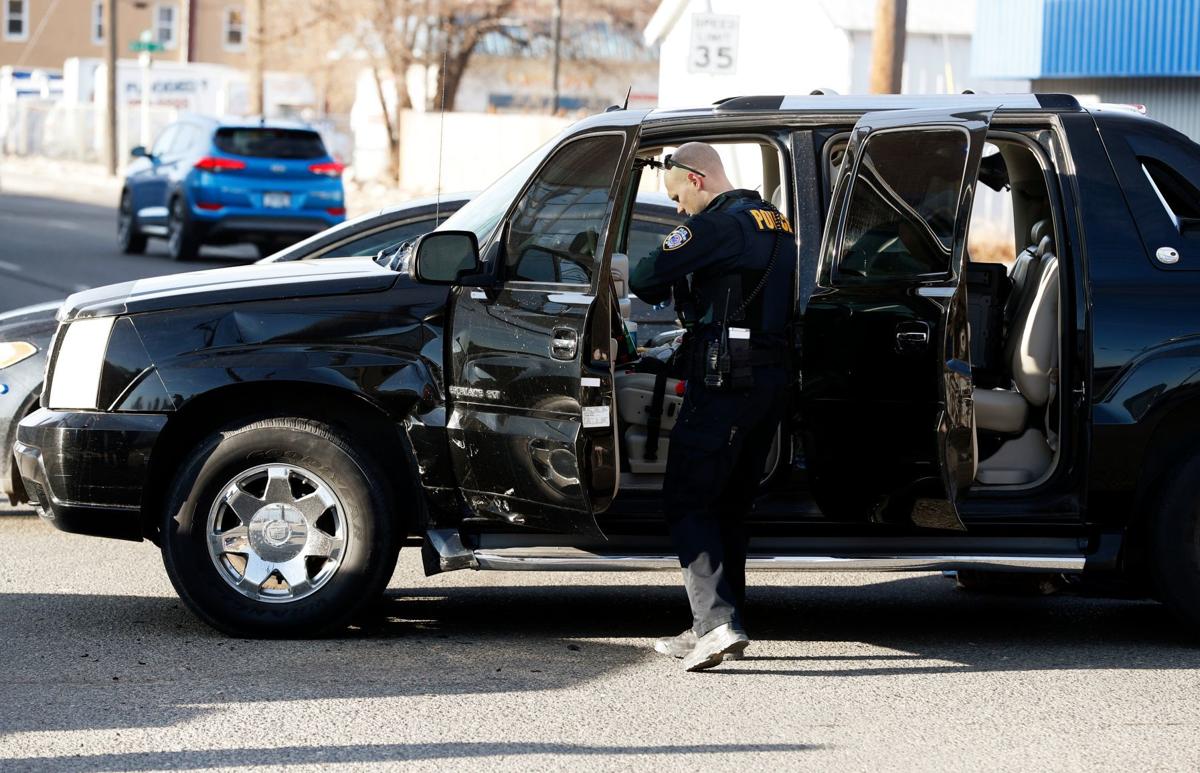 A Billings Police officer searches a Cadillac Escalade after it crashed trying to elude officers at the intersection of Sixth Avenue North and North 13th Street on Thursday morning. 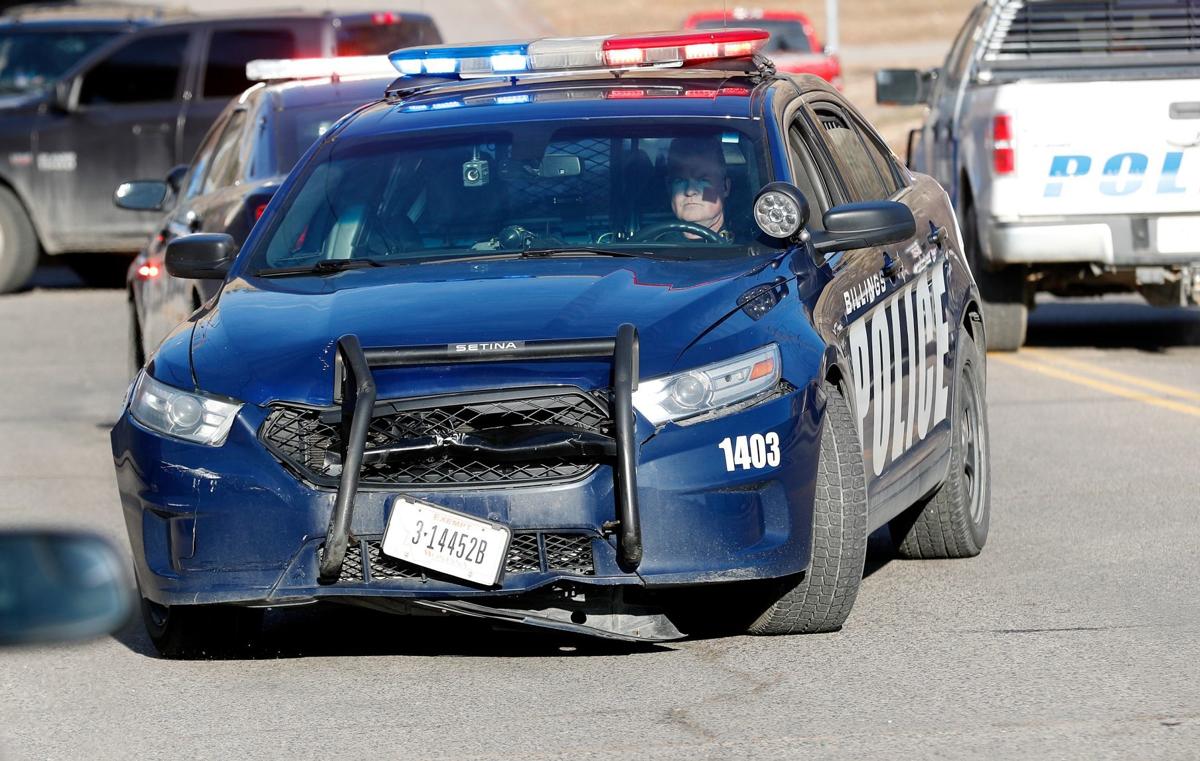 A Billings Police officer moves his car after it crashed with a Cadillac Escalade trying to elude officers at the intersection of Sixth Avenue North and North 13th Street on Thursday morning. 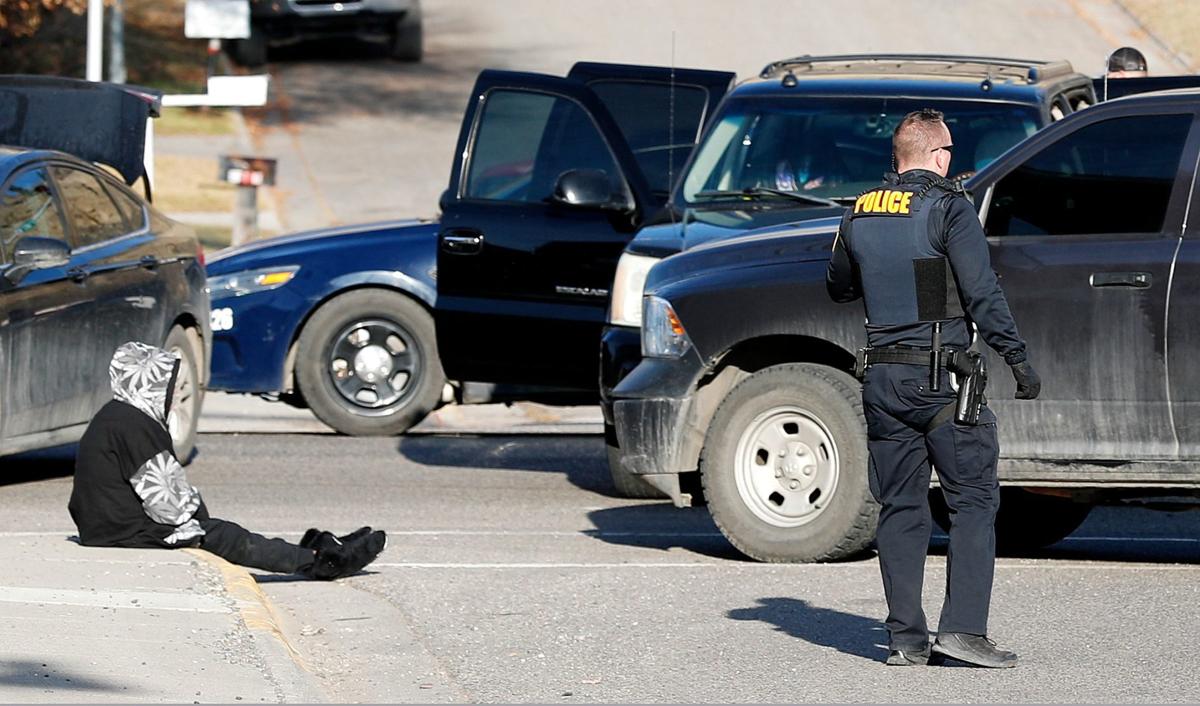 The driver of a Cadillac Escalade sits on the sidewalk after a crash trying to elude officers at the intersection of Sixth Avenue North and North 13th Street on Thursday, November 21, 2019.