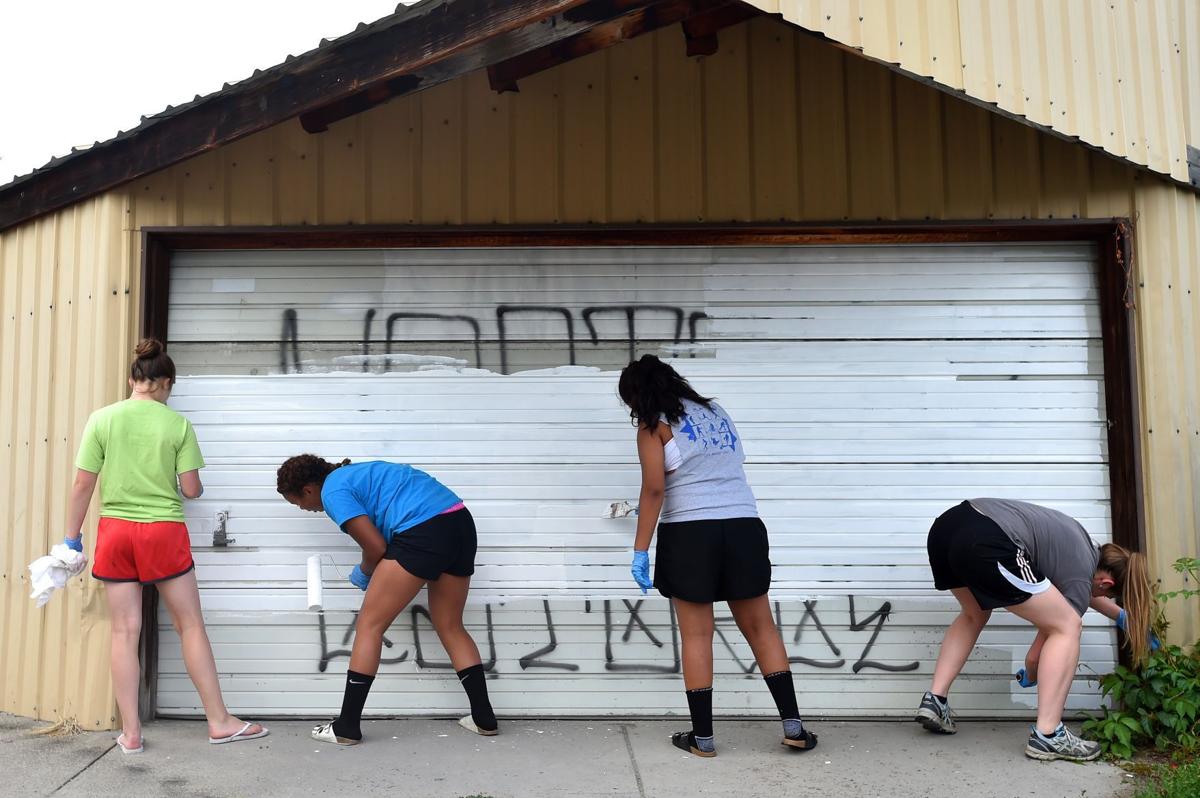 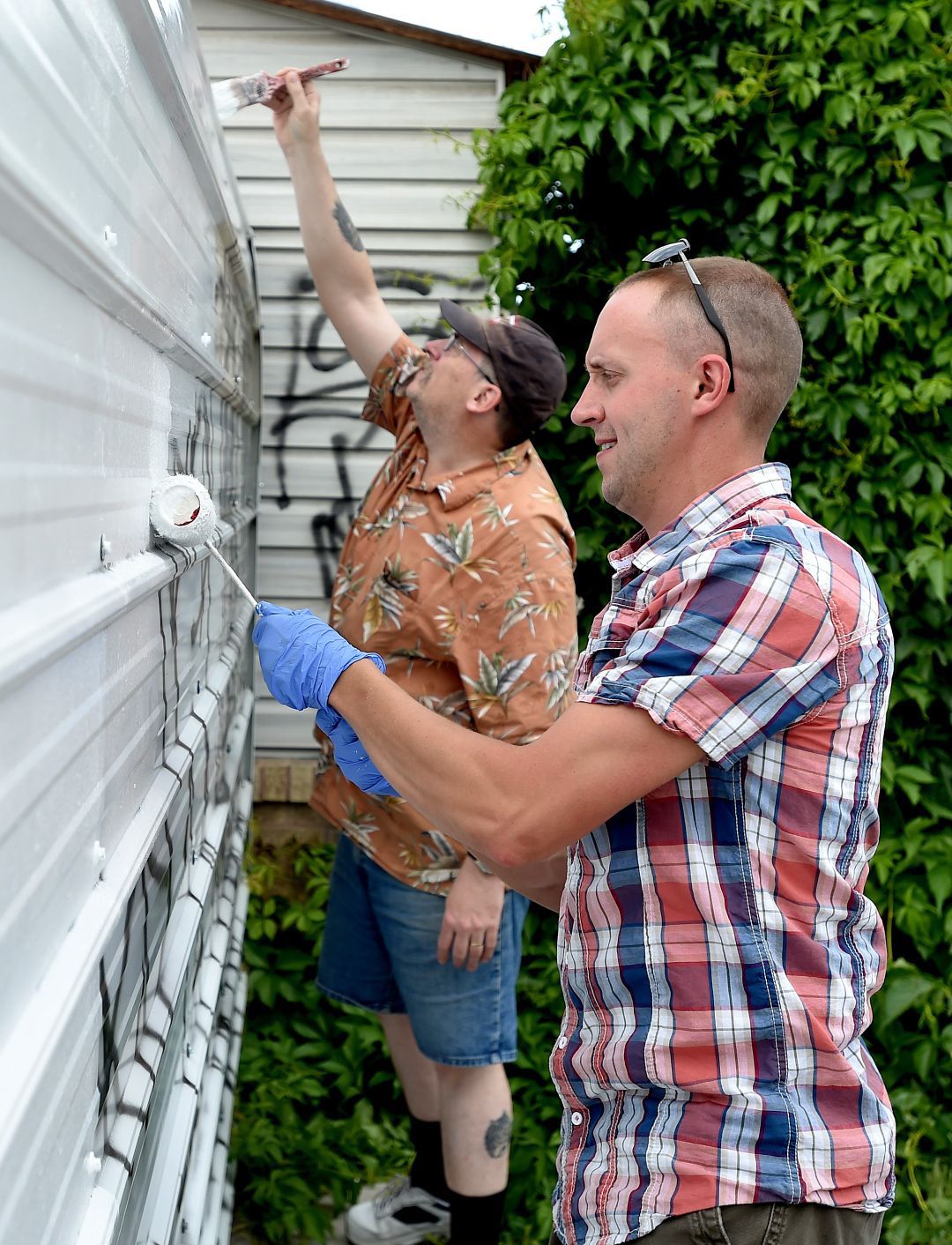 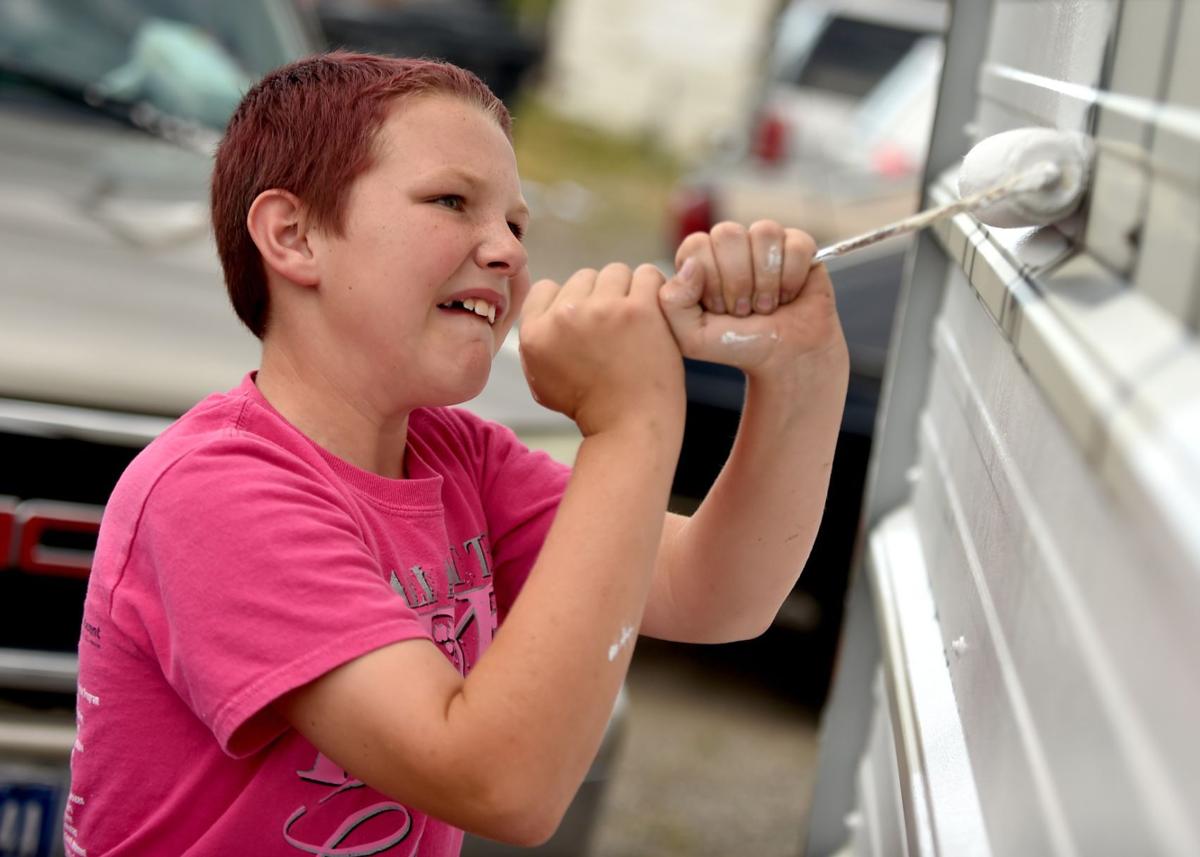 Sammy VanCleave, 12, paints over graffiti on a South Side garage on Thursday.

Tony Davis’ excitement seemed to fly in the face of conventional wisdom as he watched fresh paint dry over the graffiti that had covered garages and siding in the alleyway behind the South Side residence he manages and lives in.

“This is awesome; this is great,” Davis said. “This is beautiful, man.”

The painters combing the alleyway Thursday night were volunteers organized by the South Side Neighborhood Task Force, a group that meets every third Thursday at 6:30 p.m. at the Friendship House of Christian Service at 3123 8th Ave. S.

Instead, Lundgren’s group of about 30 volunteers looked well on their way to wrapping things up by the half hour mark.

“The neighborhood’s saying this far, no further,” Lundgren said. “Sooner or later as a community you’ve got to say this isn’t right.”

Lundgren said that compared to the graffiti alleyway downtown, which he said is art, the graffiti spray-painted along the alleyway was “pure vandalism.”

Lundgren, with the help of other task force members, including Dale Fincel, had been floating the idea to the task force before they began to organize last month. Lundgren said they got approval from every resident and property owner in the alleyway.

Ace Hardware, Home Depot and Sherwin-Williams donated paint, rollers and brushes to the cause, Fincel said.

Fincel described one grateful resident as someone who had paid thousands of dollars to have his siding redone multiple times.

Ondreaya Soltysik, a freshman in high school, was there with Community Leadership and Development Inc., a Christian-inspired not-for-profit geared toward South Side community service.

“When we got done with our first one, it looked so much better,” Soltysik said. “It just makes you feel better. “

Sammy VanCleave, 12, paints over graffiti on a South Side garage on Thursday.