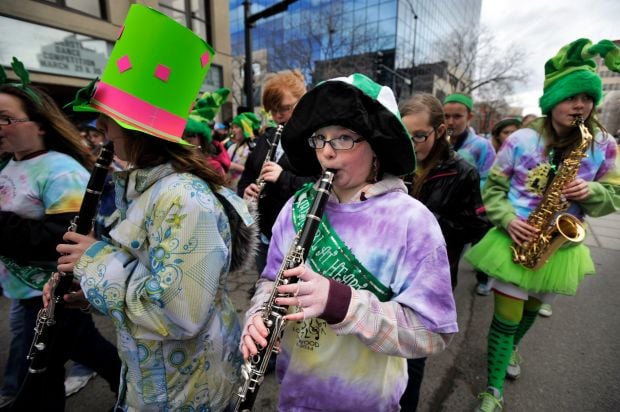 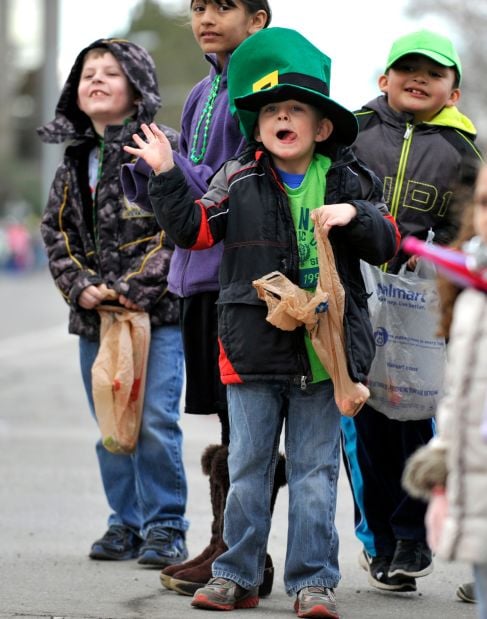 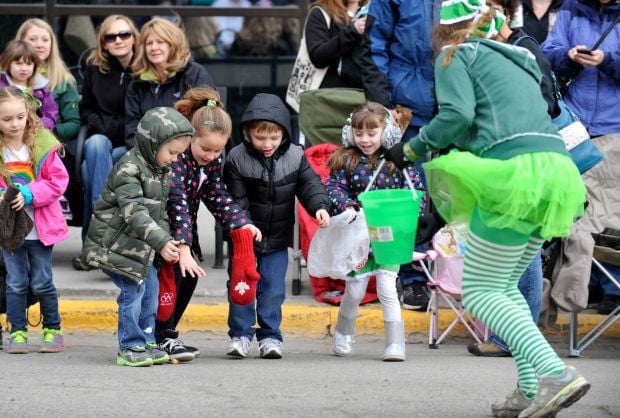 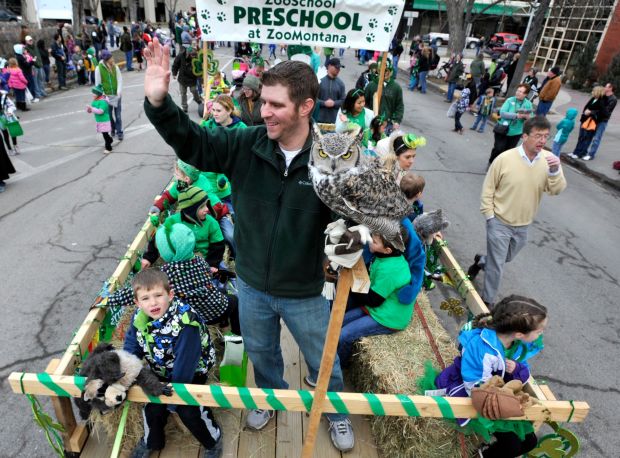 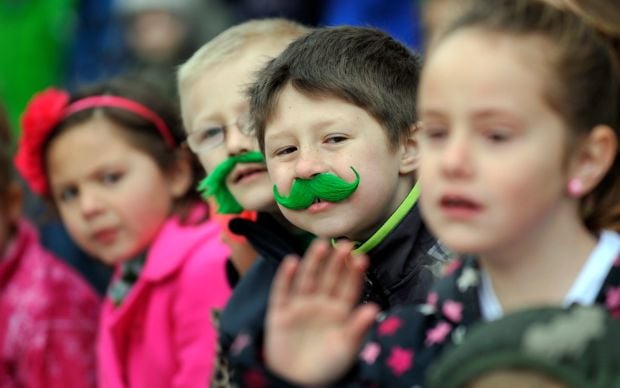 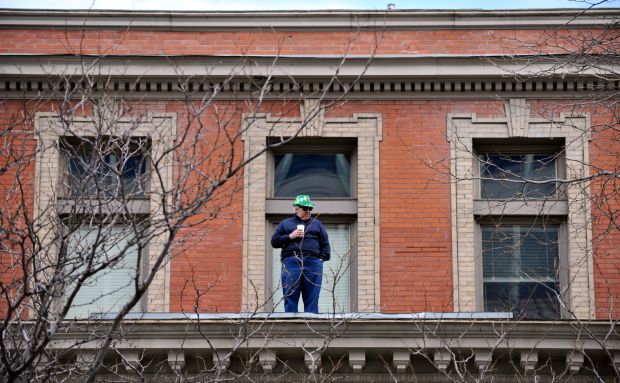 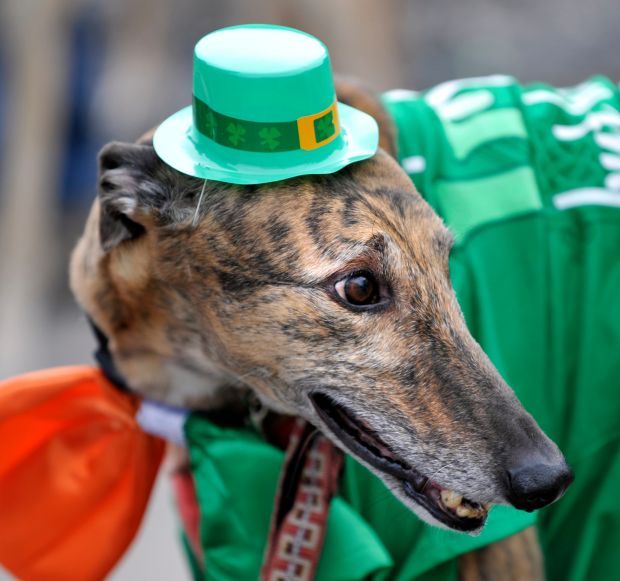 “Velocity,” a greyhound with the Run for Adoption organization, participates in the St. Patrick’s Day Parade downtown in 2014. 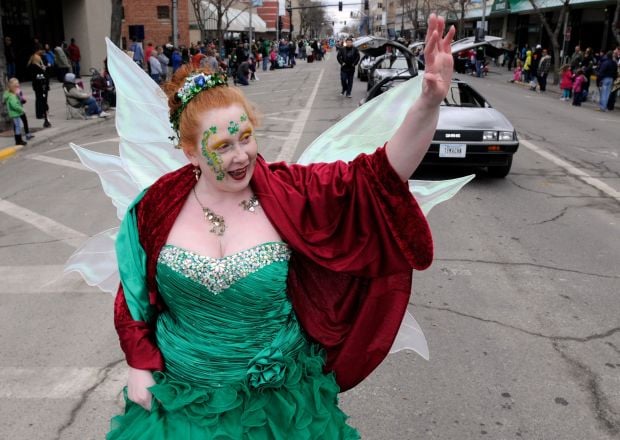 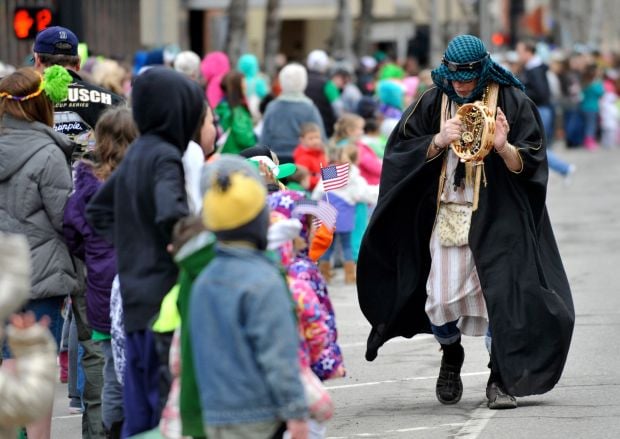 A Shriner dances his way in the St. Patrick’s Day Parade. 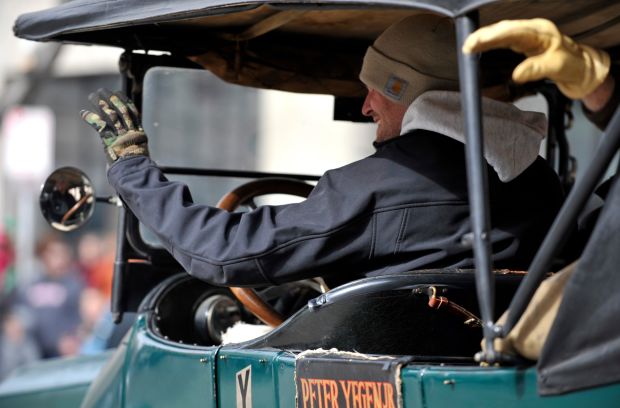 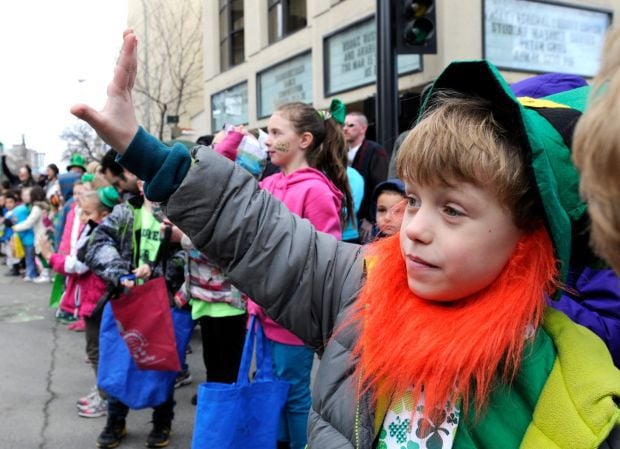 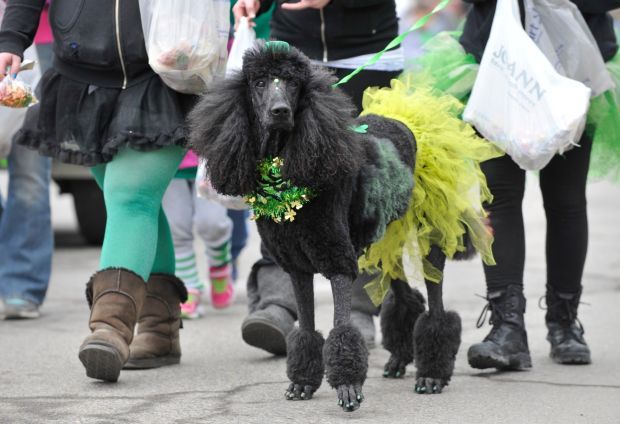 A poodle with a tutu parades during the St. Patrick's Day Parade downtown in 2014. 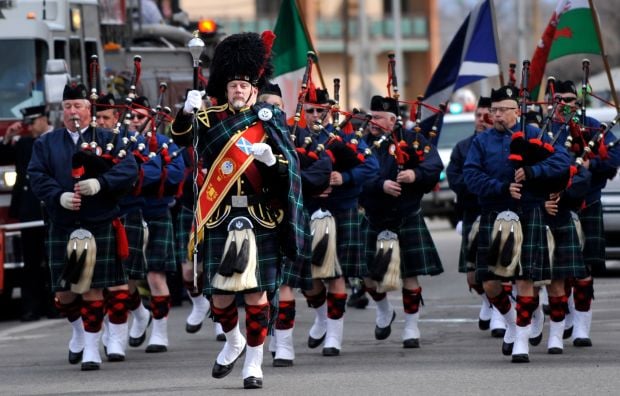 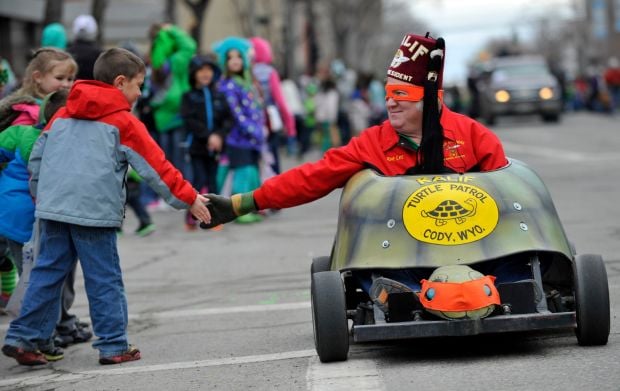 A member of the Turtle Patrol from Cody drives in the St. Patrick's Day Parade downtown Saturday morning.

“Velocity,” a greyhound with the Run for Adoption organization, participates in the St. Patrick’s Day Parade downtown in 2014.

A Shriner dances his way in the St. Patrick’s Day Parade.

A poodle with a tutu parades during the St. Patrick's Day Parade downtown in 2014.

A member of the Turtle Patrol from Cody drives in the St. Patrick's Day Parade downtown Saturday morning.

Despite a cold, blustery day, a large crowd turned out Saturday for the annual St. Patrick’s Day parade in downtown Billings.

Green coats, scarves, vests and knitted caps were as much in evidence along the parade route as shamrocks, beads and decorated hats. Temperatures were in the low 40s, with a steady wind blowing during the hourlong parade.

Lisa Harmon, executive director of the Downtown Billings Association, sponsor of the parade, and Yellowstone County Commissioner Bill Kennedy stood on a portable stage under Skypoint and announced the nearly 100 entries as they passed by.

Floats featured kids and adults all decked out in green, representing businesses, schools, service clubs and politicians running for office. A variety of animals, including dogs and miniature horses, also were part of the day.

Billings Mayor Tom Hanel and his wife, Robin, served as grand marshals for the event.

The 32nd annual parade is a fun way to get people downtown to enjoy an annual tradition, Harmon said. She was also pleased with the turnout of people to the Celtic Street Fair that included food and craft booths and activities for all ages.

The cold didn’t keep members of the Billings Caledonian Pipes and Drums from making their annual appearance in the parade.

“The kilt is like nine yards of wool, so it keeps us warm,” said Rob Verdon, a drummer in the group.

The only exception might be the knees, which were exposed to the elements.

“It’s kind of chilly now, but once we start marching, I have a coat on and that might be too hot,” he said, while waiting to line up.

“Sharing some heritage is what we love to do,” he said.

A band of leprechauns also took part in the parade. Twenty-eight first- and second-graders from Beartooth Elementary marched along with their teachers as one of the entries. The cutest leprechauns in the parade would win money for their schools.

“We had a pot of gold, and students got to put tickets in it for good behavior and handing in work,” said Beartooth teacher Melissa Ash. “And we drew names so they could represent the school in the parade.”

Second-grader Reese Pfeifle, decked out in green and in the parade for the second year, said she likes seeing all of the faces of the people as she walks along.

Haillie Larson, a first-grader, also had something she liked about it.

“Passing out the candy,” she said, wearing a bright-green hat, vest and pants.

Kelly Smith, of Billings, watched the parade from the street curb with her daughter, Grace, 3, as well as Smith’s sister and other family members. Growing up, Smith enjoyed coming to the St. Patrick’s Day parade with her father, and now she’s glad to bring her daughter to continue the tradition.

“It’s really exciting, to get dressed up,” she said. “We all bought hats to wear together.”

Grace especially likes getting candy, and a set of green beads one parade participant handed her, her mother said.

“She really likes necklaces,” Smith said. “And she also enjoys the music.”