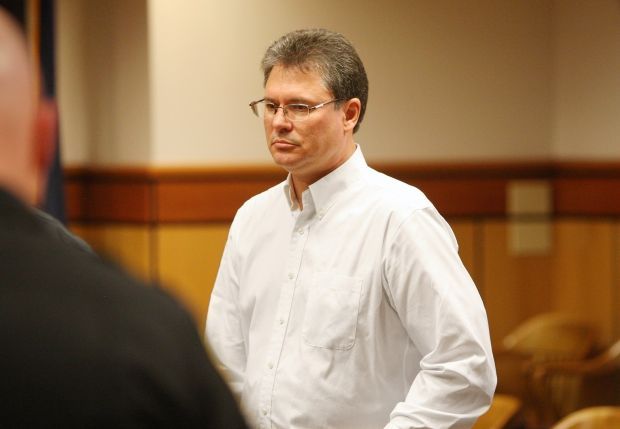 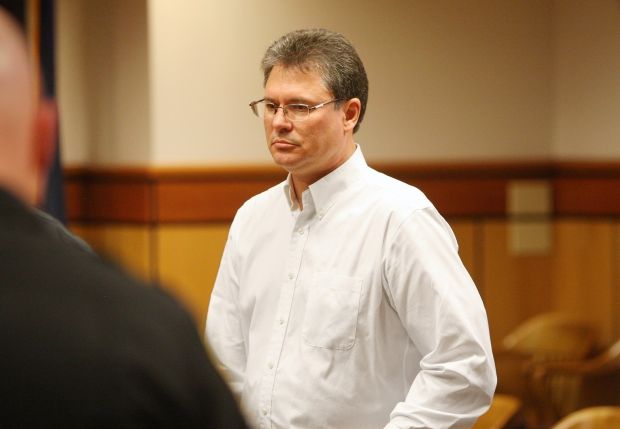 is seen after his sentencing.

A former Montana teacher convicted of rape wrongly blamed his 14-year-old victim when he argued that she bore responsibility in the case, an attorney for the state said Thursday in a court filing.

The office of Attorney General Tim Fox is appealing Stacey Dean Rambold's one-month prison sentence to the Montana Supreme Court. The state says he should have served a mandatory minimum of four years after pleading guilty to sexual assault without consent.

Rambold is fighting the appeal.

In a brief submitted to justices Thursday, Assistant Attorney General Tammy Plubell chastised Rambold for suggesting the victim should share in the blame. That assertion from Rambold was contained in arguments submitted by his attorneys.

Victim Cherice Moralez killed herself while the case against Rambold was pending. Rambold was 47 at the time of his crime.

"Rambold continues to perpetuate the myth that a 14-year-old girl should bear responsibility for her sexual victimization by a 47-year-old teacher," Plubell wrote. "The law, though, rightly defines her as blameless."

Rambold's attorneys have argued that the original sentence from state District Judge G. Todd Baugh was appropriate. In a brief submitted to the state's high court last month, they urged justices to find that Baugh had acted appropriately.

The interviews are under court seal and have not been made public.

Lansing could not be reached for comment Thursday. He has turned down all previous interview requests.

The victim was a freshman at Billings Senior High School when she was raped. Rambold was her business teacher. She committed suicide in 2010, an act her mother said was driven largely by the rape.

The girl's death took away the prosecution's main witness, and Rambold initially avoided prosecution under a deferred prosecution agreement that included sex-offender treatment.

He violated the agreement by having unauthorized visits with relatives' children and having a sexual relationship with an adult woman, according to court documents.

That reopened the case and led to the August sentence from Baugh of 15 years in prison with all but one month suspended. Rambold was released in September.

Baugh unsuccessfully sought to impose a longer term after coming under criticism for saying during the sentencing hearing that the victim "appeared older than her chronological age."

Montana's Judicial Standards Commission has asked the Supreme Court to censure Baugh for imposing an unlawful sentence and blaming the child victim.

The panel investigated the case after receiving hundreds of complaints about the judge.

Ex-teacher arraigned on charges of rape