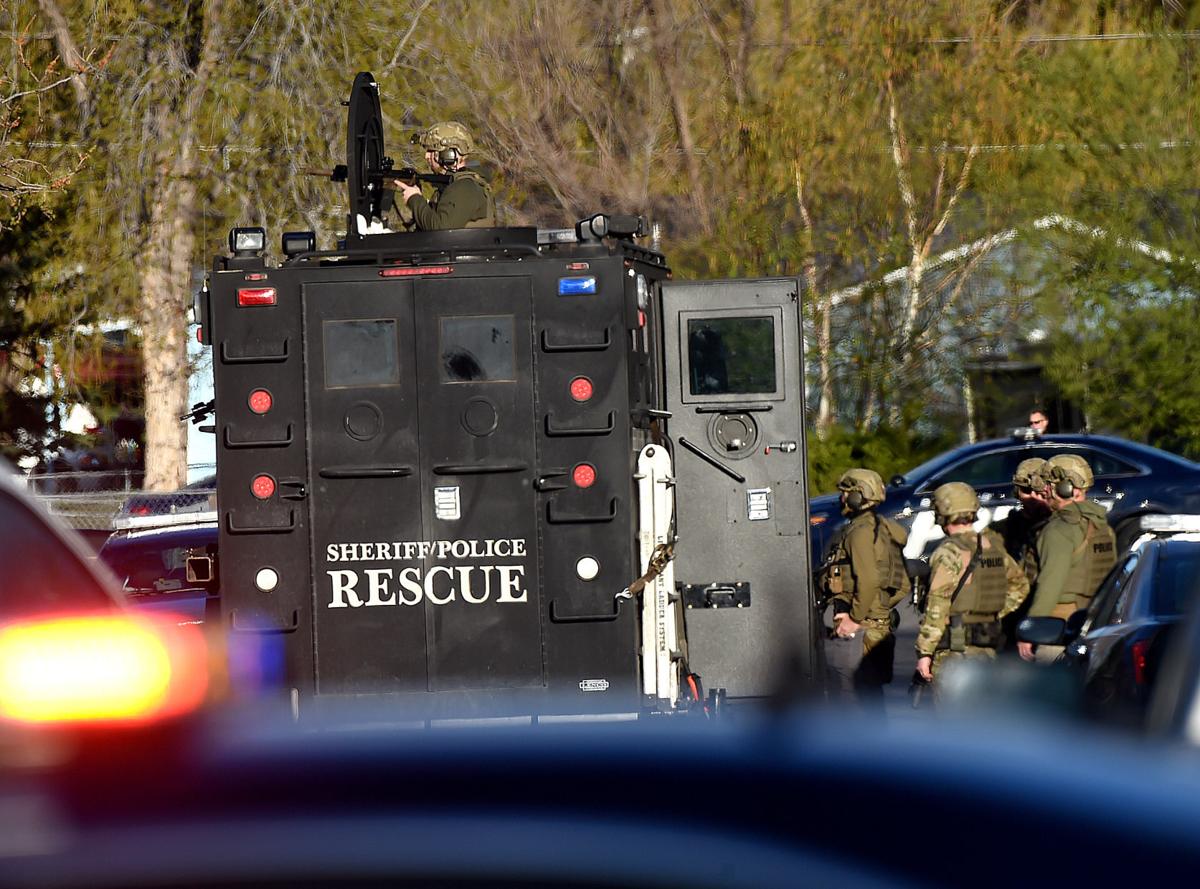 Billings police surround a house on the 300 block of Stillwater Lane during a standoff situation Monday. 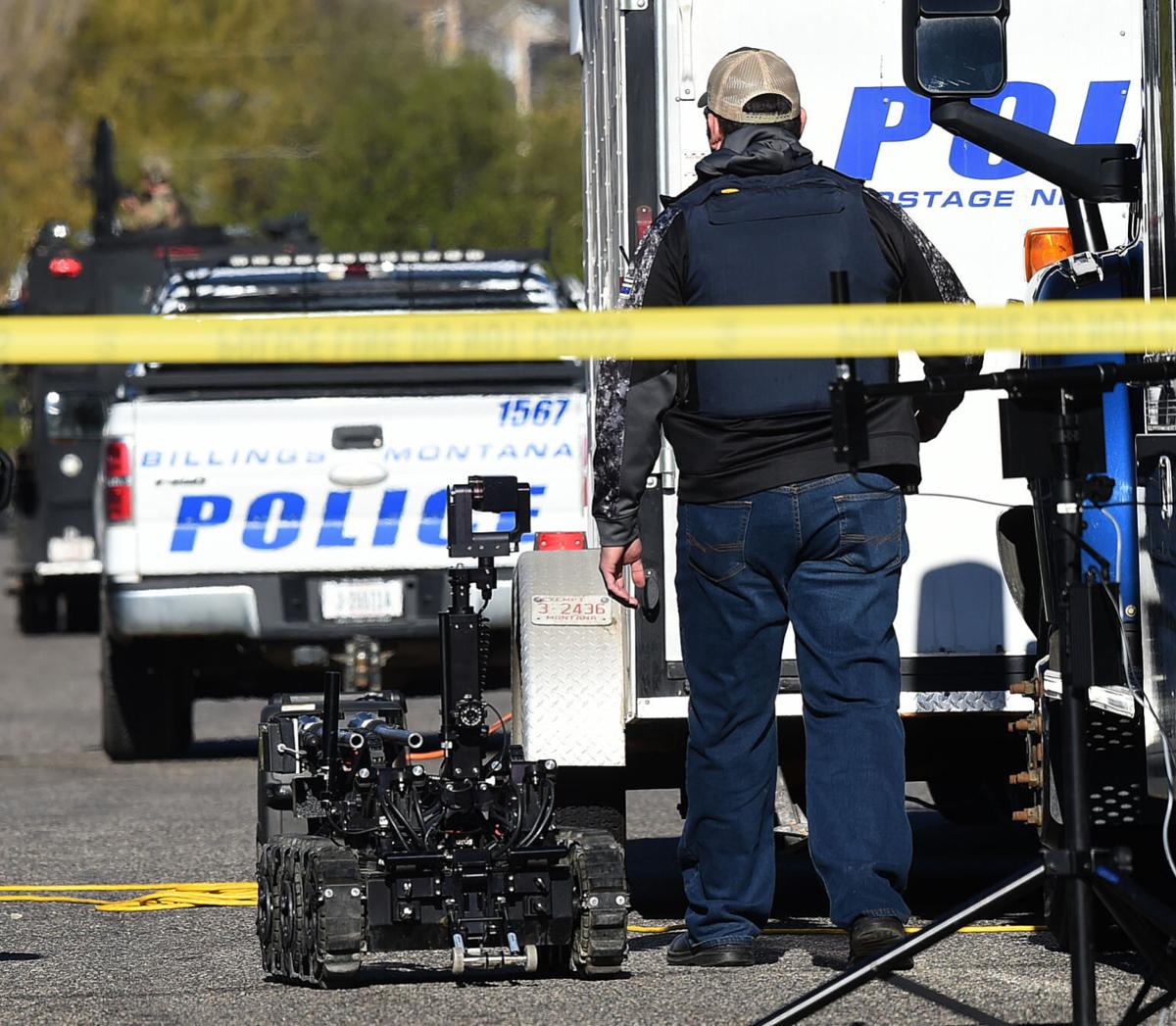 Billings police deploy a robot after they surrounded a house on the 300 block of Stillwater Lane during a standoff Monday. 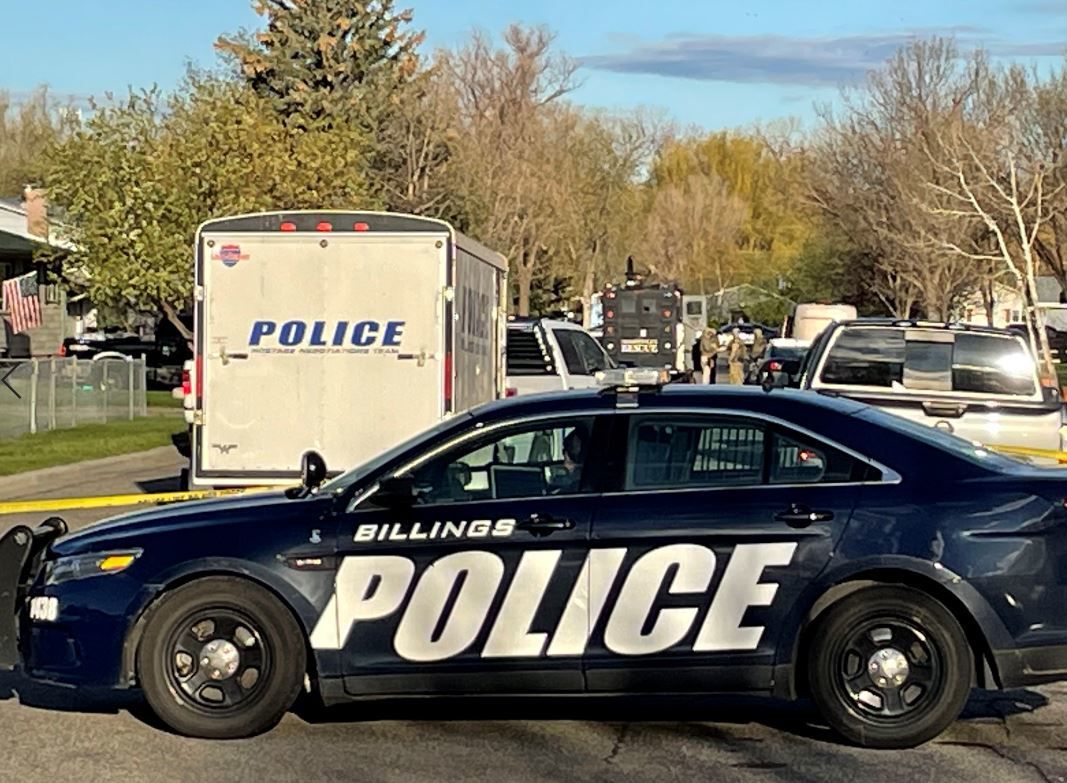 Standoff in Heights Monday morning at a home in the 300 block of Stillwater Lane.

A man newly out of prison barricaded himself inside his mother’s home in the Billings Heights on Monday and held an 18-year-old girl hostage for several hours.

The crisis, which started around 2 a.m., ended without use of force. In fact, the standoff ended so quietly, neighbors and a small crowd that had gathered nearby to watch the drama were unsure it was over.

As neighbors opened their doors for the first time and looked outside, a Billings Police officer walked Foster in a white T-shirt down the street to a waiting police cruiser. Police negotiators had talked Foster into surrendering and letting the girl go.

"The man is in custody and now we're just waiting for a search warrant," said Billings Police Sgt. Shane Winden after the man's arrest.

In a press release issued Monday afternoon, BPD investigations Lt. Brian Krivitz said Foster has been charged with assault with a weapon, aggravated kidnapping and aggravated sexual intercourse without consent.

Before Foster appeared on the street, the girl he had taken hostage walked out of the home and was escorted away by police. She was taken by officers across the street to a waiting ambulance where she was reunited with her mother.

The girl was provided medical care by the AMR medical technicians and then taken to a hospital.

Shortly before police arrived, another woman who had been in the home and had dialed 911 got out of the home.

Neighbors said loud music was coming from the house around midnight. By 2 a.m. police had arrived responding to the calls of a domestic disturbance.

"It's just been anxiety crazy all morning," said Jacquelyn Warnes, a next door neighbor.

Warnes' teenage son was awakened when police knocked on their door shortly after 2 a.m. He woke his mother and Warnes got up to check the door, stepping out onto the porch, only for officers to tell her to stay inside.

The 300 block of Stillwater is a relatively quiet street. Warnes and her family have lived there for 16 years and the whole time the Fosters have lived next door. Warnes said Judy Foster, Donald Foster's mother, kept her house open to family and friends, offering support and assistance when they needed it.

"She was always trying to help people," Warnes said.

A shelter-in-place Code Red alert was issued by the county for residents within a half-mile of the home. The alert reached 66 phones, said K.C. Williams, director of Yellowstone County Disaster and Emergency Services.

Officials knew more than 66 people lived in that half-mile radius and decided to send out a second alert through the county's Integrated Public Alert and Warning System, which is run through FEMA.

"Since it was a matter of public safety," Williams said.

The alert was targeted to the same half-mile radius that received the Code Red notification. Instead, the shelter-in-place warning went to all of Yellowstone County, creating confusion as some businesses opted not to open Monday morning and some residents chose to stay home.

Williams said the mistake was his.

The Integrated Public Alert and Warning System requires counties to enter detailed maps into the system when it's set up. Williams believed the uploaded maps meant the warning system would then send out targeted alerts like Code Red.

That's not the case, he said. The warning system alerts go to the entire county, regardless of the geo-coding officials enter when the send out the alert.

In the future, when the county uses the Integrated Public Alert and Warning System, officials will include a specific location in the warning so that residents can know if they're affected or not, Williams said.

In the meantime, he again implored county residents to sign up for the Code Red system, which can be done through the county's website, is completely free and easy to set up.

The incident began when family members in the home were apparently being assaulted by the suspect, Assistant Billings Police Chief Jeremy House said at about 7:15 a.m.

The house was surrounded by police, and a SWAT team and bomb squad were on the scene. Nearby neighbors were sheltering in place.

It wasn’t known if the man was armed, House said.

Just over a week ago, a man died during a shootout with Billings Police on the West End of Billings. The 26-year-old man had barricaded himself for nearly nine hours in an unoccupied home he had broken into.

The man and a woman had led police on a chase before crashing the van they were in and running away. The woman was quickly arrested and the man checked several doors in the neighborhood before breaking in to a home on the 4000 block of Ridgewood Lane South.

Inside the crashed van, police found the body of a man who had been shot to death.

Operator: Pipeline could be restored within days

Operator: Pipeline could be restored within days

Michael Lee McClure, 26, died during a firefight with officers after breaking into the garage of a West End residence. Yellowstone County prosecutors charged 31-year-old Kristy Lynn Chavez with deliberate homicide by accountability.

Law enforcement surrounded a home on the Billings West End after a car chase Friday afternoon, and ultimately killed a man inside the home aft…

Billings Police Chief Rich St. John gives a statement to the media about the chase and standoff on Billings West End.

Billings police surround a house on the 300 block of Stillwater Lane during a standoff situation Monday. 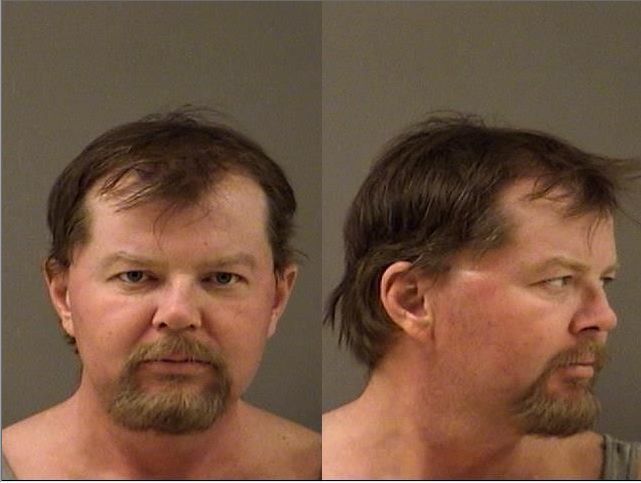 Billings police deploy a robot after they surrounded a house on the 300 block of Stillwater Lane during a standoff Monday.

Standoff in Heights Monday morning at a home in the 300 block of Stillwater Lane. 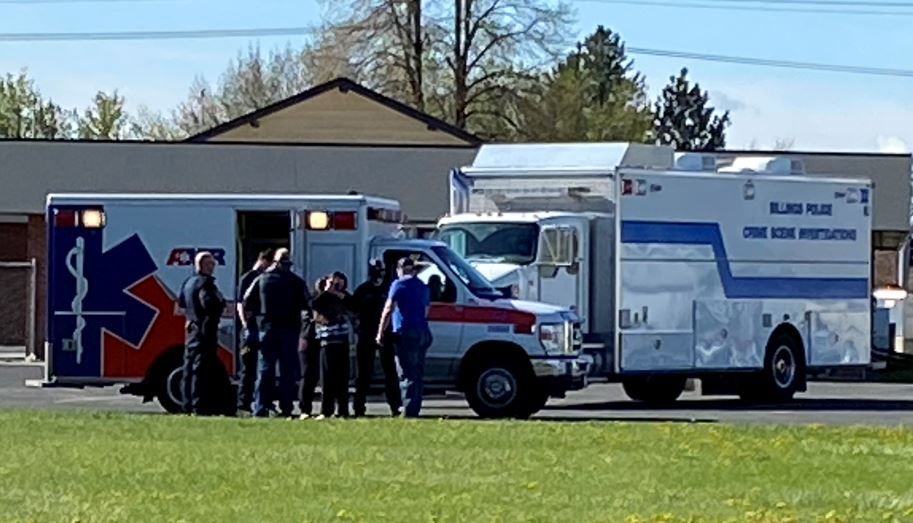 A girl who had been held hostage reunites with family after walking from the home where a man is barricaded inside.