It's not often Secretary of Education Betsy DeVos' right-hand man rolls into Montana, much less Billings or Pryor.

The trips offered a wide-ranging snapshot in both a rural and an urban school.

He lauded cultural initiatives at Plenty Coups High School and toured buildings that school officials fear might not last through the year. At Skyview, he emphasized alternatives to college and visited a class where students can earn college credit.

Between applauding schools' efforts, he stuck to his GOP guns, advocating for a smaller federal role in education regulation and limited federal spending.

While administrators at both schools advocated for their priorities, Zais said that the trip was about highlighting what schools are doing, not taking lessons back to Washington D.C. to blend into federal policy.

"All federal policy is top-down driven, one-size-fits-all," he said.

It's an on-brand message for Zais; as South Carolina's state schools superintendent, he proposed erasing most class size limits, saying districts needed more flexibility, and he declined to apply for federal grants because of concerns about following associated rules. In the federal department, he aligns with DeVos' support of school choice — policies that allocate public money to non-public schools. His confirmation split Republicans and Democrats.

Zais also emphasized the importance of career education and pathways other than four-year universities, even while speaking to a group of students in an Advanced Placement class where they can earn college credit.

"One of the things you'll hear from your teachers, well-meaning and well-intentioned, is that 'you've got to go to college,'" he said, with a nasally, nagging emphasis on the latter section. He called the idea "unfair and untrue," citing trade industries, two-year degrees, and the military, and said that early career exploration is critical.

That career exploration support resonated with Billings Public Schools superintendent Greg Upham, who has advocated for introducing students to tracks plotting out high school courses that would point students toward specific careers.

"It's right in line with some of the moments that are going on in D.C.," he said.

In Pryor, Zais and Superintendent of Public Instruction Elsie Arntzen were honored with gifts, took part in a round dance and observed the Crow Flag Song. Zais shot off a potato gun outside, where students were using the starchy projectiles to study velocity. He chatted with kindergartners and applauded teachers' work.

"There's nothing to sugarcoat. We are in the beginning stages of a turnaround," said new superintendent Coul Hill.

Other obstacles could be more formidable. The district put about $35,000 into the K-5 school to get it operational for this school year, but underlying problems like a leaky roof remain.

"That building is at the end of life," Hill said. "We will be fortunate if we are able to finish the year with it."

Funding for a new structure is tricky for a community like Pryor, which has an exceptionally small tax base. The district is looking at grant options and other financial means, but Hill also emphasized the importance that federal funding plays in Pryor's operating budget, specifically through Impact Aid.

The district has also made strides; it's purchased new Chromebook laptops and is building its first website. Shop classes got new tools, and the high school program hopes to build a house as a year-long project that will serve as teacher housing when completed.

"We don't have a Boys and Girls Club. We deal with alcohol and drugs, meth," he said. "That 21st Century program, that's a saving grace."

Pryor is only a few years removed from participating in Schools of Promise, a state school turnaround program administered using federal money allocated under the Obama administration. The program wasn't mentioned during the visit — rather, officials talked about the work still to be done to shift student achievement.

Zais said that federal grants like the one Pryor previously participated in aren't the solution.

"The federal government doesn't have the money," he said, continuing to advocate for a reduced federal role in education and saying that state governments need to take the lead on education funding.

The day at Pryor began and closed with statements from Perry Rock Above, the father of Plenty Coups High principal Bianka Rock Above — herself a Plenty Coups graduate.

"Our leaders, from way back, they advocated to educate," he said. "We're proud of this school, as a community."

ARAPAHOE, Wyo. — At St. Stephens Indian School, the past is never far away for students. A graveyard from its Catholic mission roots, marked w…

Students in Hardin realize that they don’t all fit into one, nice, neat Montana-identity box — and their participation in a new project with o…

Jesse Dimich-Louvet readily admits that he didn't know much about student homelessness.

Billings' spring ACT scores look brighter than the previous year's, though still below the statewide average.

If Billings wants affordable housing in more neighborhoods, it's going to have to look at changing zoning laws, an official from the federal d…

Saturday Live, the Education Foundation for Billings Public Schools' longtime carnival-style fundraiser, will be moved from its traditional ve…

The first lady will fly into Jackson Hole for a two-day visit starting Thursday.

Gazette opinion: Get connected with your K-12 student's school

Twice a year, virtually every student in grades 3-8 in Montana public schools takes the Smarter Balanced test, a standardized exam that fulfil…

Justices taking up bans on state money to religious schools 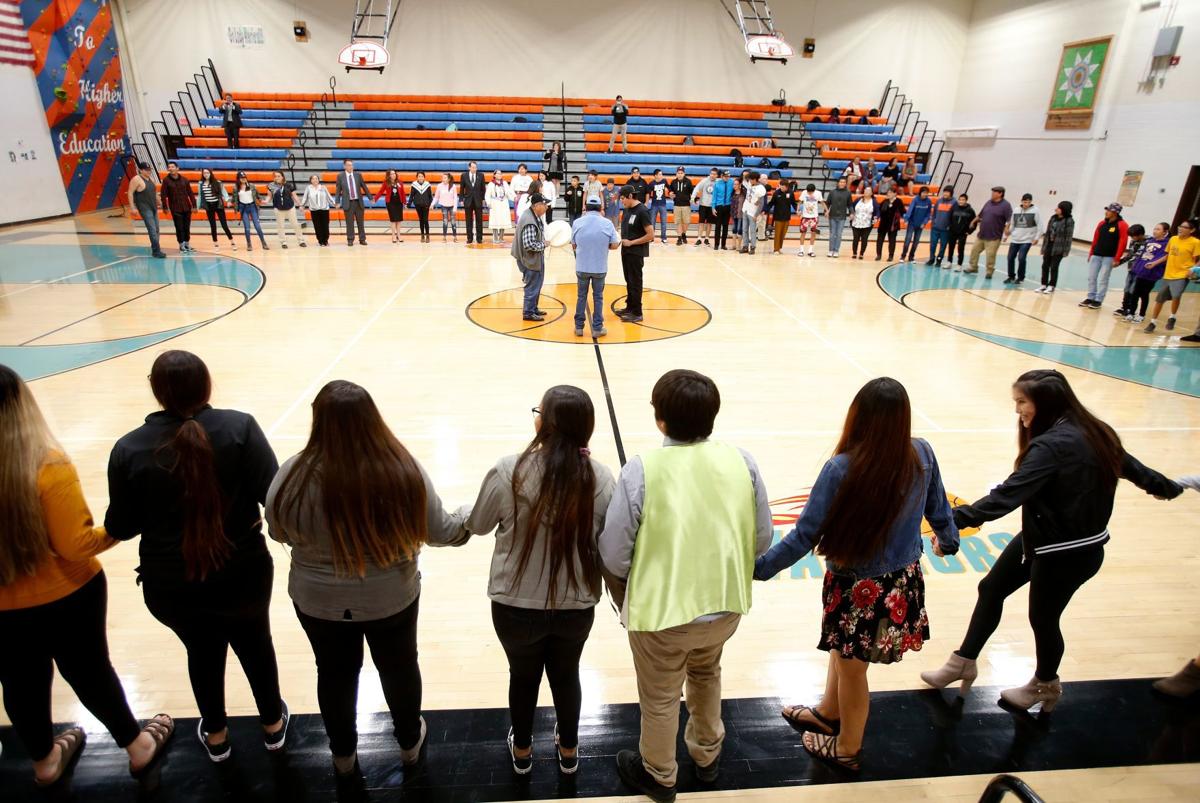 Deputy Secretary of Education Mick Zais participates in a round dance during a visit to Plenty Coups High School in Pryor on Tuesday. 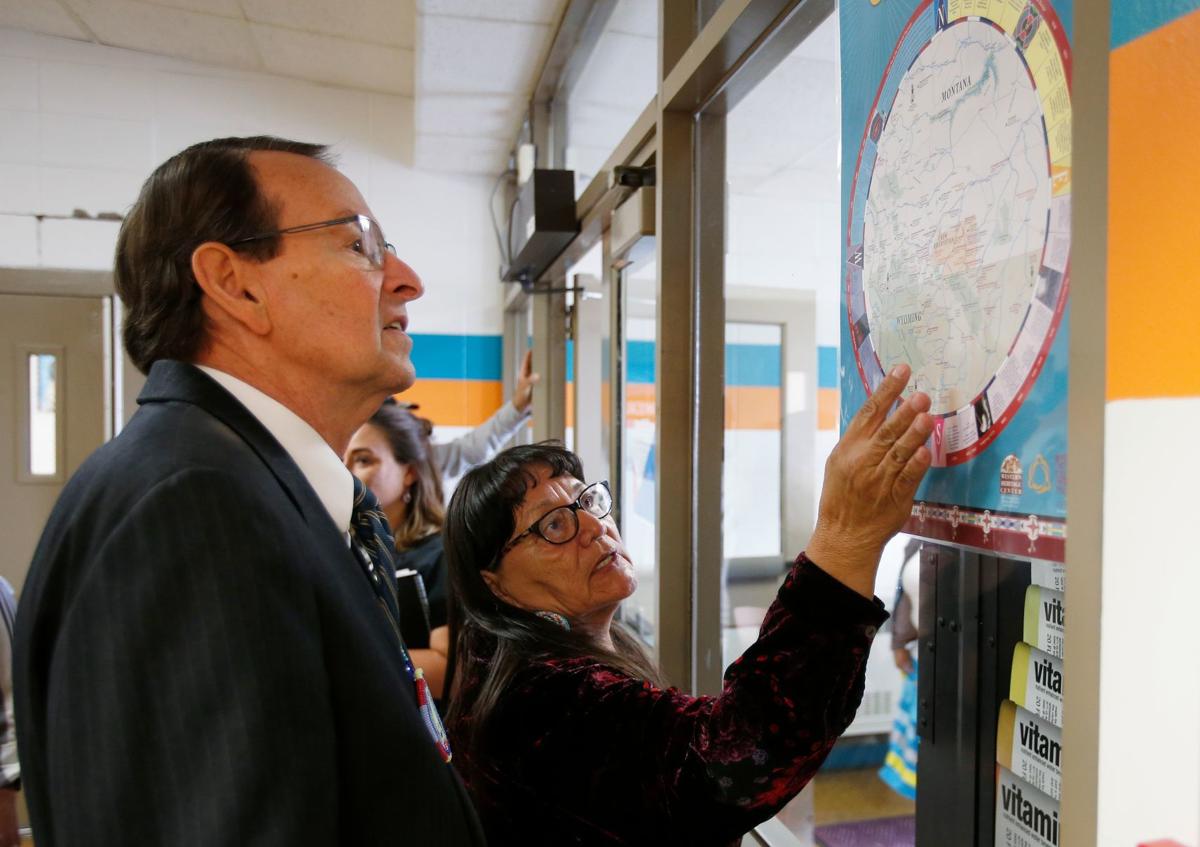 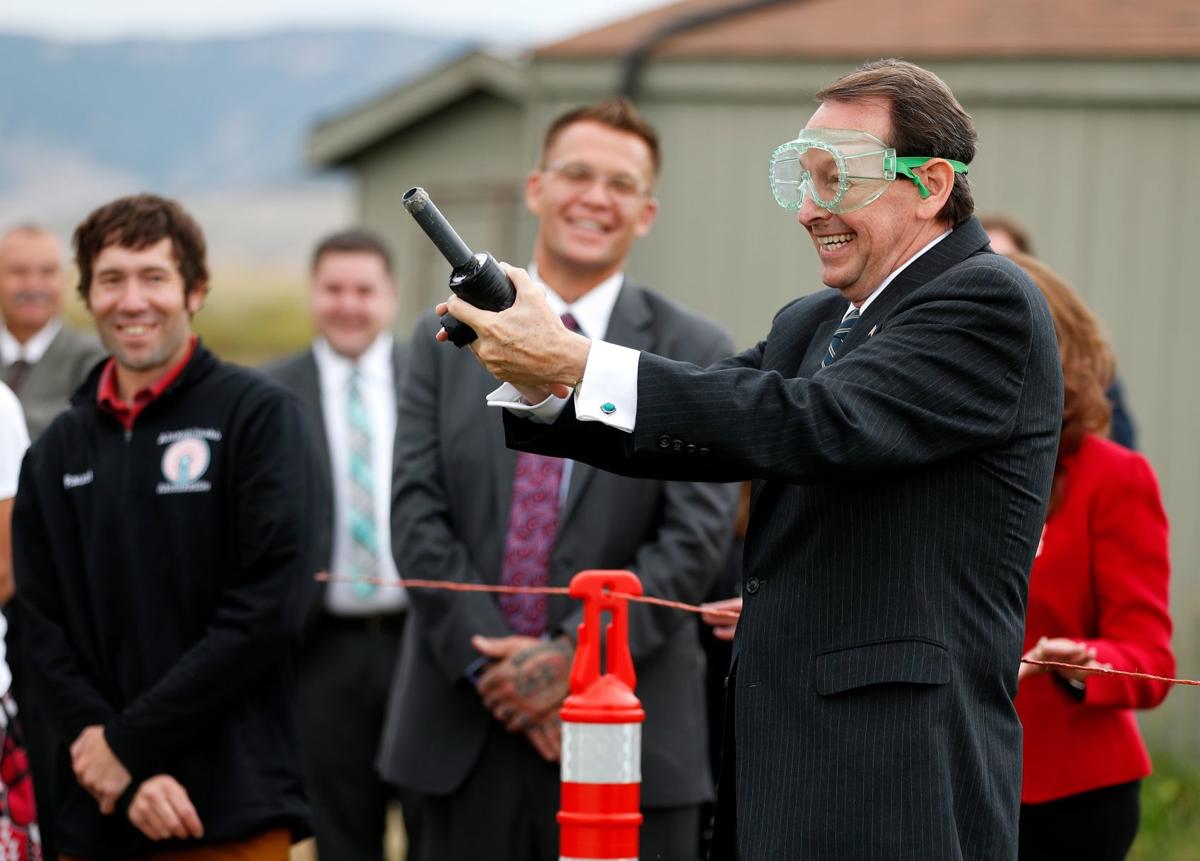 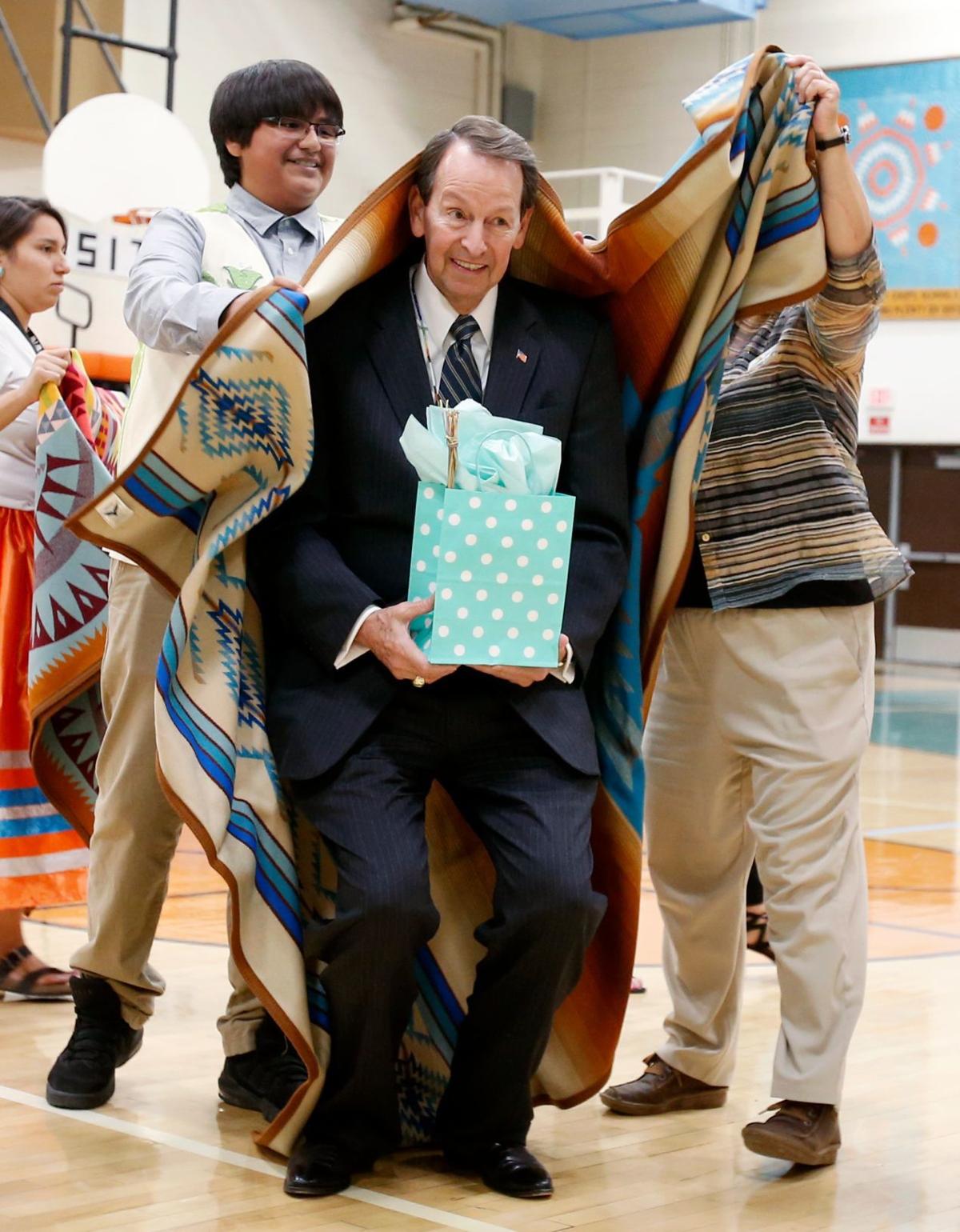