A United Airlines flight bound for Denver returned to Billings less than an hour after takeoff.

The flight took off from Billings Logan International Airport at 11:13 a.m., headed south, then turned around at 11:20 a.m., landing again at the airport at 12:09 p.m. after circling for more than half an hour, according to FlightAware flight tracking.

According to Kevin Ploehn, the director of aviation and transit for the airport it appeared the plane had a bad de-icing sensor, making it difficult to show ice build-up on the plane's wings. Air traffic control decided it was safer to return the commercial passenger airline, he said.

The Billings Fire Department and first responders were waiting when the plane landed. Ploehn said the response was protocol.

"Basically the whole cavalry was called out," he said. "We're better safe than sorry."

There were 48 people in total on the plane, Ploehn said. Re-booking will be up to the airline, and Ploehn wasn't sure if United is planning to re-book passengers on different flights or try to repair the plane and have folks fly out on that.

No other flights out of Billings should be affected, he said.

Lights out at Billings airport sends airliner back to Seattle

An Alaska Airlines flight was unable to land as scheduled shortly before 1 a.m. Sunday in Billings because the city airport lights weren't working.

Fog that enveloped Billings on Friday morning apparently also diverted some flights to other airports.

No one was injured in a house fire on the 800 block of the North Fork Trail that happened Wednesday evening.

An airport fire truck escorts a United Airlines ERJ145 that returned to Billings after departing on a flight to Denver for a mechanical problem. Billings fire and ambulance personnel responded to the airport. 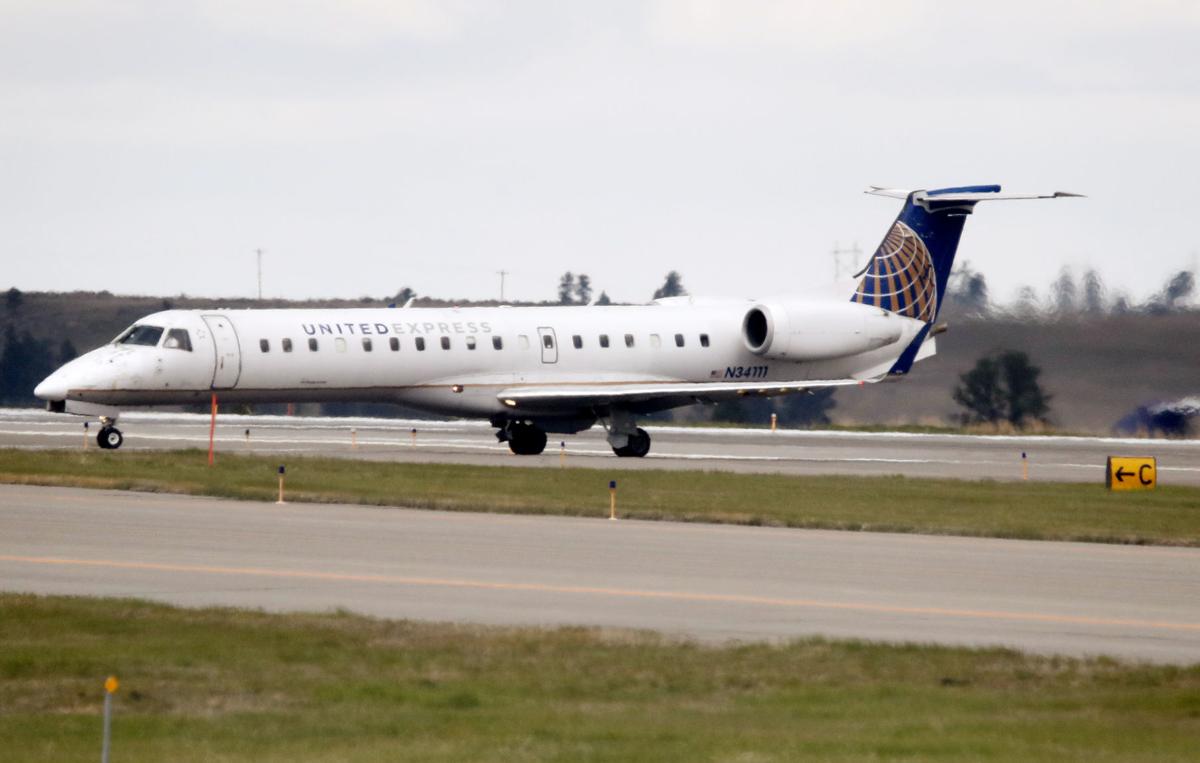 A Embraer ERJ145 United Express plane flying from Billings to Denver lands after being diverted back to Billings after takeoff Wednesday.