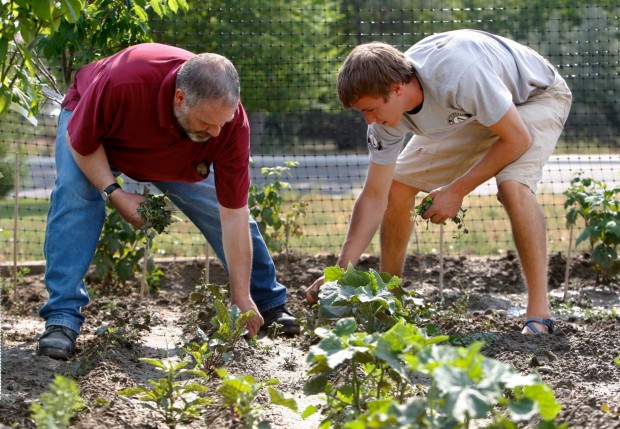 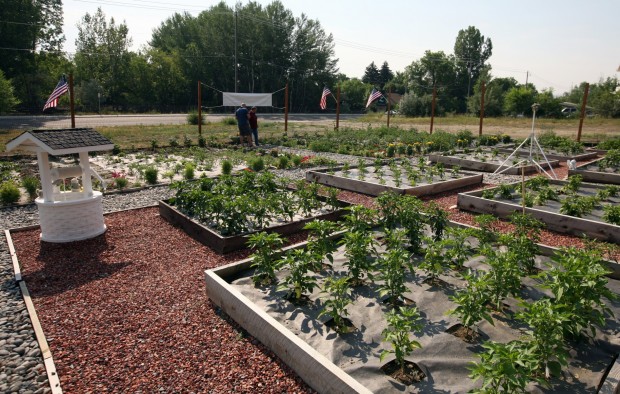 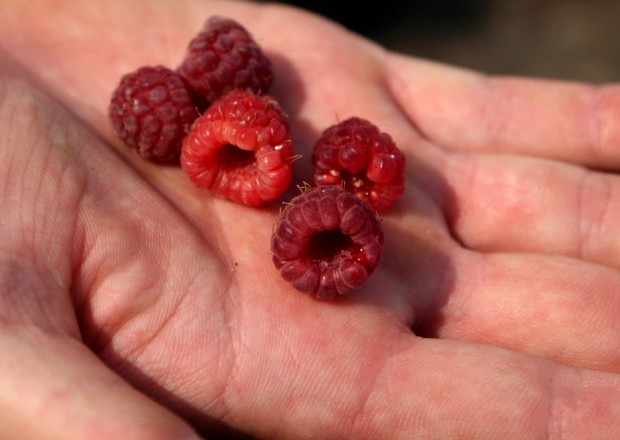 VISTA volunteer Alex Emick shows off some of the raspberries from the community garden at Independence Hall last week. 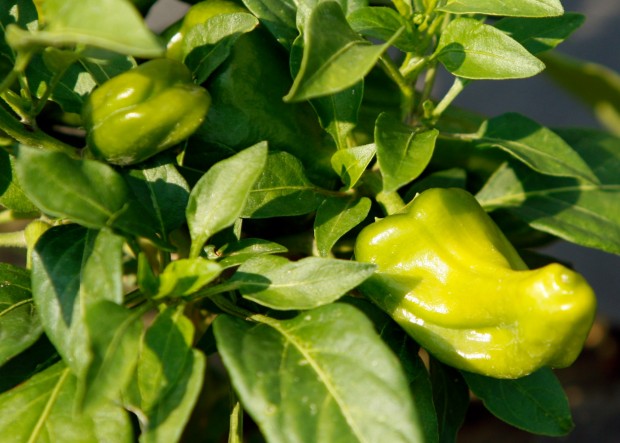 A pepper plant grows in the community garden at Independence Hall on Tuesday.

VISTA volunteer Alex Emick shows off some of the raspberries from the community garden at Independence Hall last week.

A pepper plant grows in the community garden at Independence Hall on Tuesday.

Last year, the homeless veterans at Independence Hall and AmeriCorps VISTA volunteers raised about 1,200 pounds of vegetables and flowers from their first go at a community garden. They ate some of the food and donated the rest, including to low-income senior living centers.

This year, the garden is even bigger with some of the bounty to be sold soon at a roadside stand at 710 Lake Elmo Drive, where Independence Hall is located. The stand will be open from 9 a.m. to noon on Saturdays, tentatively beginning July 21, depending on when produce will be ready, said Nick Little, development director for Independence Hall.

All of the proceeds will go to helping the veterans’ rehabilitation into long-term, stable residences primarily through employment. Customers also are invited to come see the hall, Little said.

The roadside stand is the latest in the garden’s evolution from a bare, weedy dirt lot into a 70-by-70-foot plot of sun-drenched raised beds and ground plantings separated by tidy rock pathways. Mesh fencing keeps out the critters, while American flags fly from the fence posts.

James Bentley, one of the Independence Hall veterans, pulled a handful of weeds and put them in a tall black barrel filled with a smelly brew of water and weeds that turns into a fertilizer solution every seven days. Several black composting containers are nearby.

“Everything gets recycled here. Nothing goes to waste,” Bentley said.

Bentley, who worked on last year’s garden and manages the watering, said other obligations are getting more of his time, but he finds gardening to be fun. He works about four hours a day in the garden “because a garden needs it,” he said.

Now retired and having had “too many broken bones,” Bentley said Volunteers of America, which operates Independence Hall, takes care of his needs.

Little said all of the 21 veterans residents are expected to help with the garden as part of the program to build skills for independent living through employment, chores and volunteering. “It’s all about responsibility and accountability,” he said.

Food is donated to the program, but residents also buy their own groceries and cook their own meals in a large kitchen, Little said.

Since opening in 2009, Independence Hall has served 189 veterans with more than 50 percent of them moving into their own places, Little said. When veterans find a job, a small percentage of their wages goes into paying rent at the hall.

“There’s a sense of pride in that for sure,” he said.

The garden began last summer with cash and supplies donated from many businesses and individuals in the community, along with help from two AmeriCorps volunteers through the Billings Metro VISTA Project.

The project is run by the city’s Community Development Division in conjunction with the Mayor’s Committee on Homelessness.

AmeriCorps is back again with new volunteers — Alex Emick of Billings and Jason Wingate from Michigan — working with the veterans for the summer.

Emick said he had a little gardening experience and volunteered earlier this year on a farm in Argentina. The experience spurred an interest in sustainable living, he said.

For Wingate, gardening has been a steeper learning curve. When he moved into an apartment, he barely got a house plant transplanted, he said.

“Now I can spot a weed from 20 feet away. It’s something I really enjoy,” he said.

And, Wingate said, it’s a cathartic experience. This year, the veterans added a bench and birdbath at one corner of the garden. A wooden white wishing well also added to the garden has become a kind of spiritual place where veterans have placed mementos.

For the first roadside stand, the veterans plan to sell a variety of peppers, peas, raspberries, flower arrangement and maybe zucchini.

The two AmeriCorps volunteers said they will be cleaning out a small greenhouse donated last year to use for next year’s garden.

Independence Hall veterans will sell their produce from 9 a.m. to noon on Saturdays at 710 Lake Elmo Drive, tentatively starting July 21.