His visit to Billings was scheduled to include a briefing at RiverStone Health from the High Intensity Drug Trafficking Area Task Force and the Yellowstone Substance Abuse Coalition. Pence was also scheduled to visit the Willow Way group home for addicts and "attend a political event for Sen. Steve Daines," according to a press release from the Office of the Vice President.

His wife, Karen Pence, was scheduled to attend an event with military wives in Billings.

State Auditor Matt Rosendale was among those who greeted the group as they disembarked from the plane down to the tarmac. One of Pence's previous visits to Billings, in July 2018, was to campaign for Matt Rosendale during his ultimately failed bid to unseat Democratic Sen. Jon Tester in the 2018 election.

After visiting with the smaller group including Rosendale, Pence, Daines, Gianforte, and others walked over to a crowd of a few dozen people, made up primarily of friends and family of the group traveling with Pence. The crowd cheered Pence's arrival and spoke with the vice president, some of them shaking hands and posing for pictures with him while they stood behind barricades draped in red, white and blue.

After roughly 10 minutes visiting with the crowd, Pence walked away and waved back over the side of a dark-colored SUV before entering the vehicle, which then drove away near the front of a long line of cars forming his motorcade.

Before her planned event Wednesday, Karen Pence stopped at the Sassy Biscuit Co. restaurant in downtown Billings for lunch.

Out to lunch at the Sassy Biscuit in Billings, and, Vice President Mike Pence’s wife walks in! pic.twitter.com/GPZ5vewtjd

Sassy Biscuit is owned by Jilan Hall-Johnson, whose husband, DeMarco Johnson, is a military veteran. Later in the day, Karen Pence met with military spouses at the Montana National Guard in Billings to talk about solutions to that group’s high unemployment rate.

For Sassy Biscuit, Wednesday’s visit was big event. Employees said Karen Pence led a little discussion with everyone at the restaurant and then ate some selections from the menu.

Hall-Johnson and her husband are transplants to Billings after living all over the country following his military career. After moving to Billings, Hall-Johnson wanted to bring a bit of urban culinary variety to her adopted home town and last year opened Sassy Biscuit.

The vice president's visit to Billings was expected to cause traffic delays and road closures throughout Billings. Go here for more detailed information on those closures.

Pence is no stranger to Billings. In addition to the 2018 campaign visit for Rosendale, Pence also came to Billings in May 2017 on the campaign trail for Greg Gianforte for House. He also visited the Absaloka Mine and said the war on coal is over. He also took some time off on that trip to fish in Fishtail, locals confirmed at the time.

It’s going to take more than law enforcement to win the drug war, Vice President Mike Pence said Wednesday during the Billings stop where he s…

Karen Pence to Billings' military spouses: 'You are the backbone of the military'

Montana’s U.S. House race is shaping up to be one of the nation’s most expensive for an open seat, financial reports reveal. 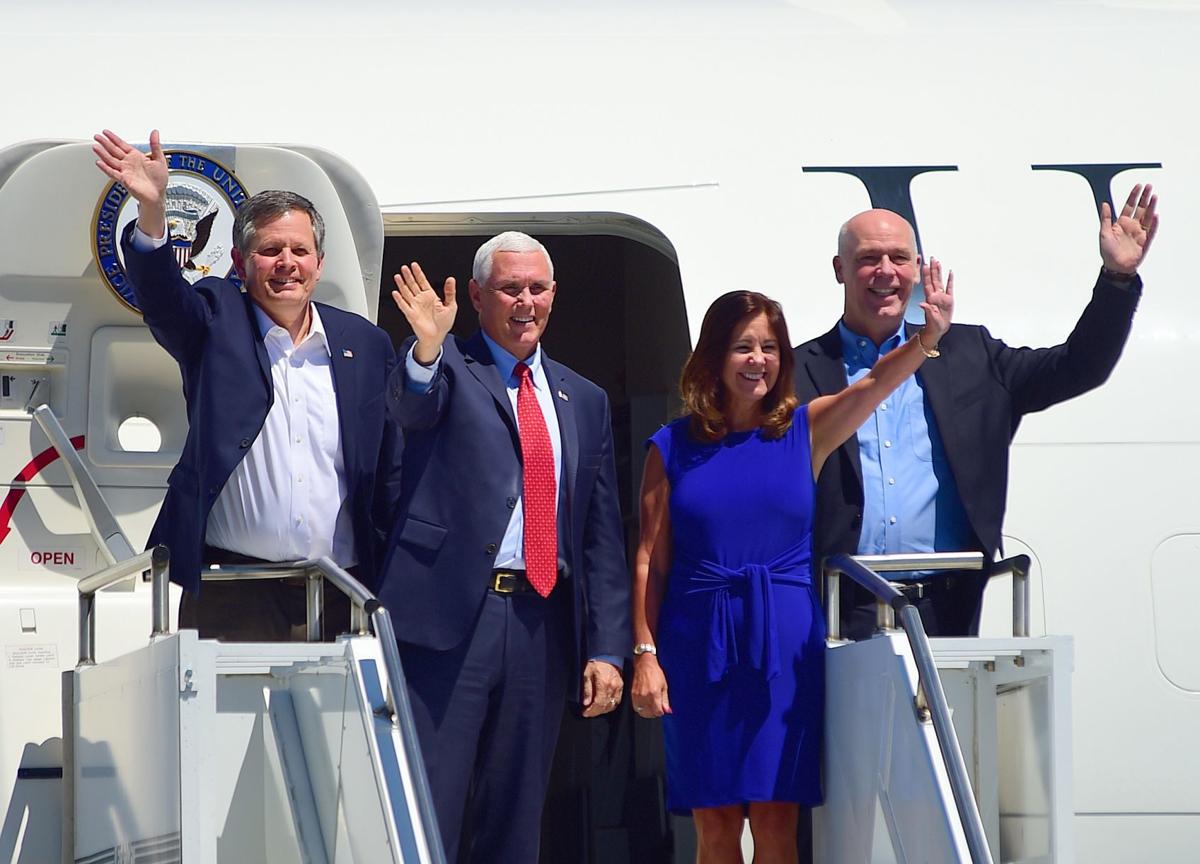 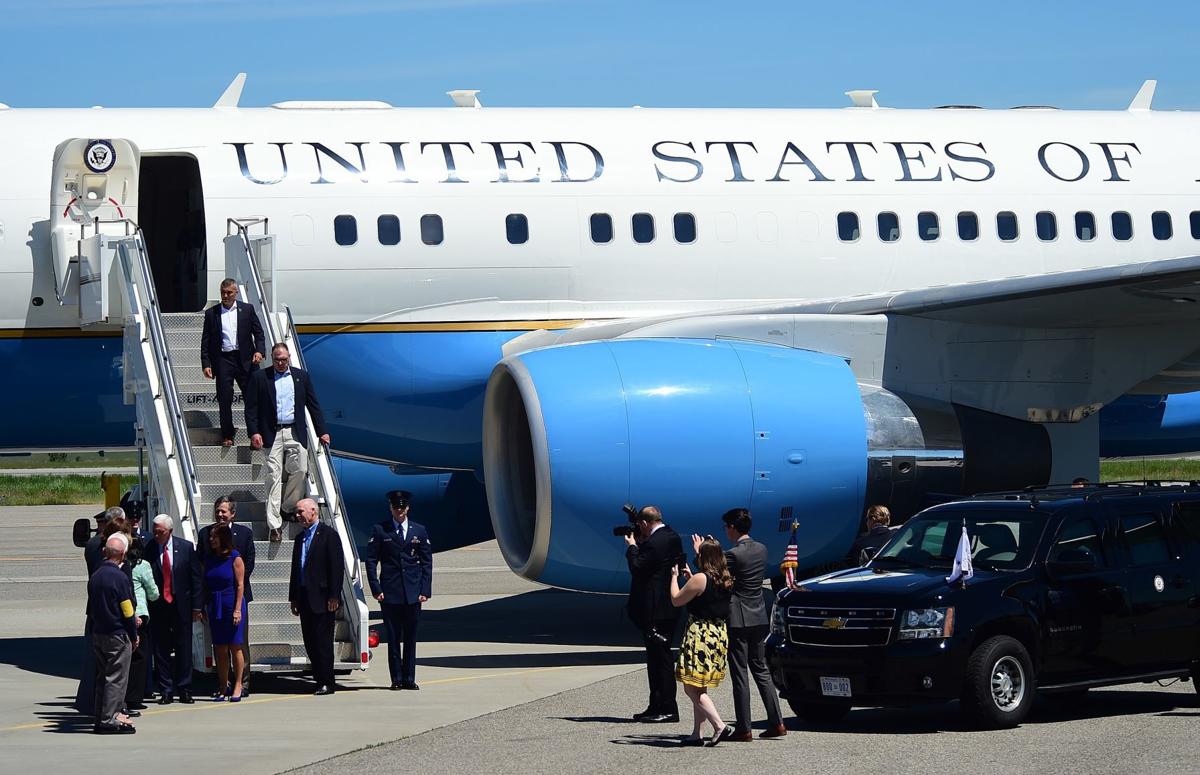 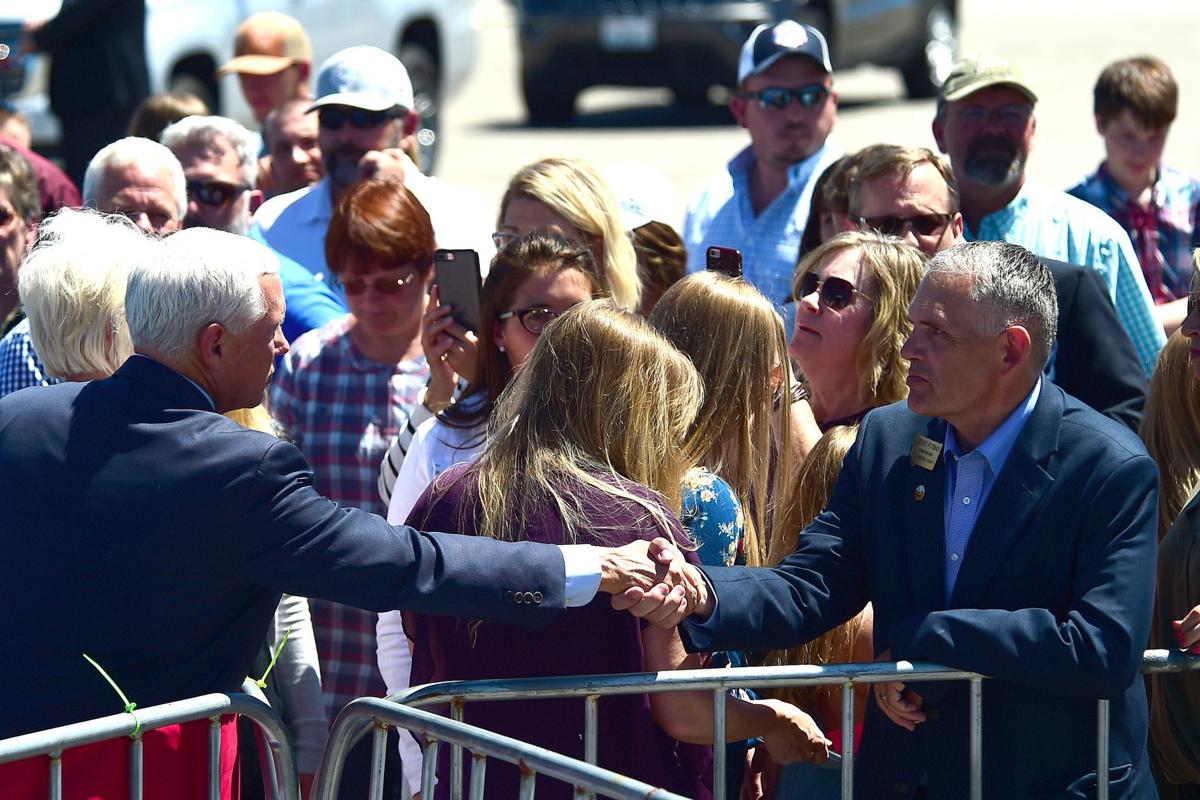