Vietnam Voices: 'The idea was just to kill people. It was a body count thing.'
Share this
1 of 2 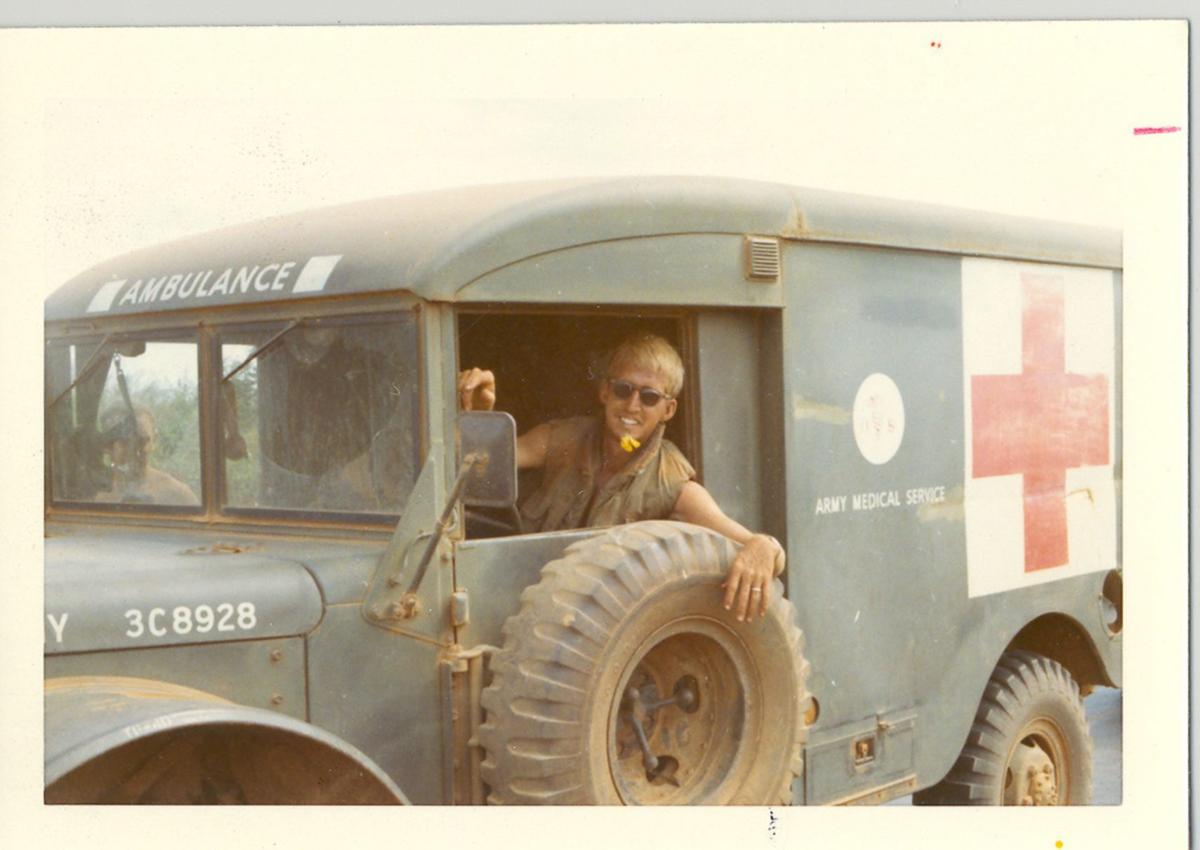 Eric Feaver drives an ambulance in a convoy on a road from LZ Oasis to Buon Ma Thuot in South Vietnam in 1969. 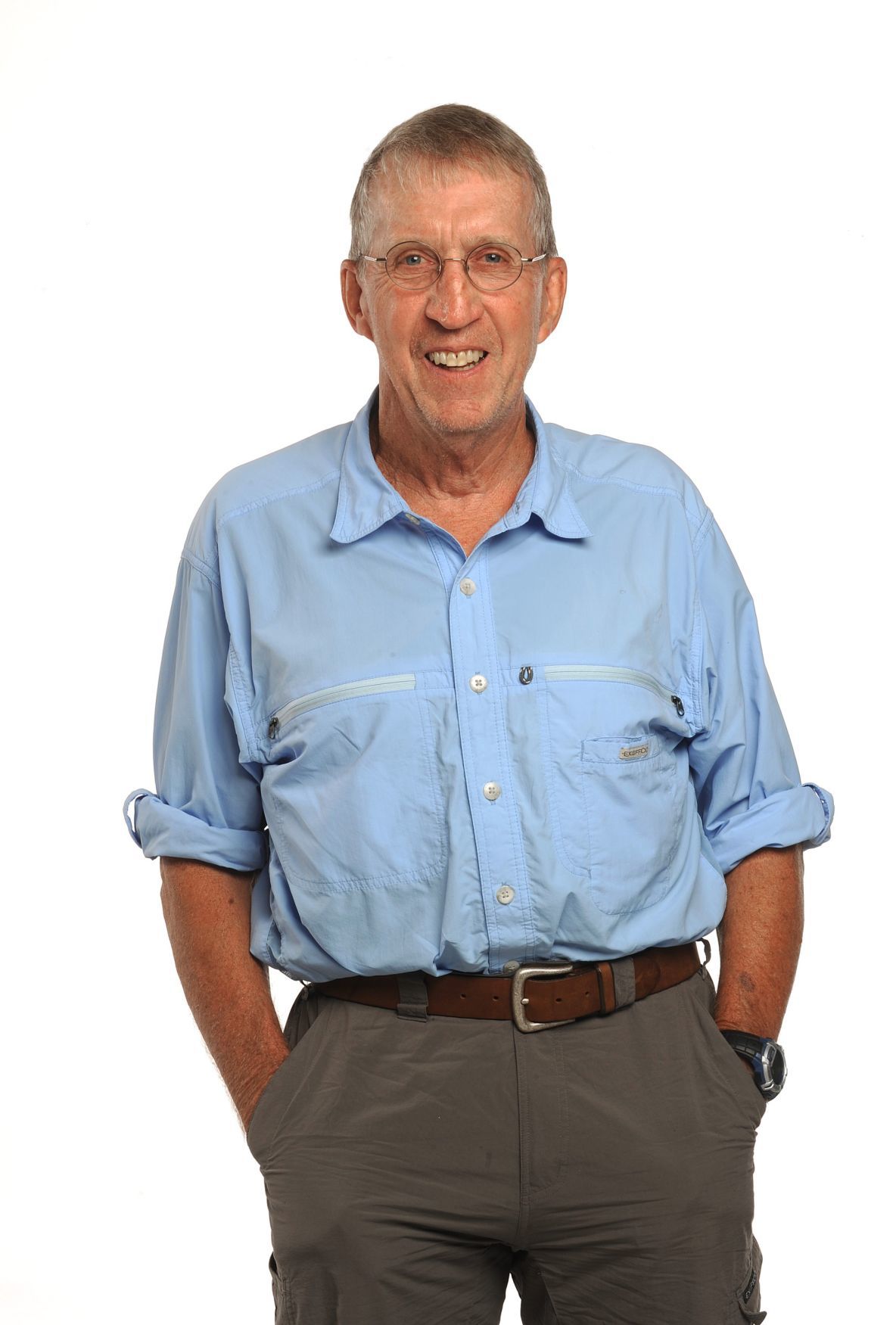 Eric Feaver lives in Helena. He was drafted while a graduate student at Johns Hopkins School of Advanced International Studies in Washington, D.C., in 1968. The draft board decided to draft Feaver when one of his older brothers turned in his draft card on the federal courthouse steps in New York City.

Feaver: “In those days you had to carry your draft card with you. It was a crime not to do so. ... I don’t know of anyone prosecuted for not doing so, but it was his way of protesting the war, which none of us in our family liked. We were very much opposed to the war at the time. But my draft board in Cleveland County, Okla., took exception to his act of protest and issued me a draft notice in a couple of months.”

Gazette: So you were paying for your brother’s sins, so to speak?

Feaver was not only a graduate student, but he was also married.

Feaver: “Being married wasn’t a guarantee of a ‘2-S’ deferment. ... I did something then that was different. I had fellow friends who were with me that were unwilling to be drafted or unwilling to serve or both. One went to Norway ... another went to Canada. There were those choices where you could decide to go to jail, I guess. I took a different route. I asked my draft board if they would classify me ‘1-A-O’. 1-A is to be eminently eligible for the draft. 1-A-O is to seek conscientious objector status, but not opposed to military service. I made application on the basis that I didn’t like this war very much, but I am not opposed to serving my country in a non-combatant fashion. I was fairly well educated. I was a student in international relations. I was 24 years old and I thought I knew a lot, but I didn’t know a lot. But, I knew enough to go through the process. It took a while for the conscription process to finally capture me up.

“Once, of course, they did draft me into the Army, I was sent to Fort Sam Houston where draftees like me — conscientious objectors willing to accept military duty — were put through basic training. ... It was also the primary medical center for the U.S. Army. It was also the place where medics would get their advanced individual training. Our basic training was different than everybody else’s. There was no combatant arms training. ... There was some effort to do hand-to-hand combat — as if that was something we were going to do. But we had any number of religious faiths there. Seventh-day Adventists were the primary group. ... But we had Buddhists, Hindus, and we had Catholics and Protestants and people like me who didn’t know what we were, even though we were the son of a minister.”

Gazette: So when someone objected to the war, that’s what they did with them? Make them a medical corps?

Feaver: “If you had the status that I did, which is to be recognized as a conscientious objector ... then, yes, you were automatically a medic.”

Gazette: Did (the U.S. Army) treat you any differently because of your status?

Feaver: “I know we were treated differently. I know that the cadre was very careful not to use one expletive deleted after another. It was a gentle hand. We did all the grubby things that everybody does in basic training, including shining the brass in the latrine. Guarding the pecan trees with a clipboard; silly stuff that in large part is how the Army disciplines itself and shows people that you have to follow the rules. Since there was no weapons training, it was, frankly, a lot of marching around. AIT was everybody. There were folks coming to advance training from more traditional basic training. AIT was all about medical care — stopping the bleeding and clearing the airway and treating for shock.”

Gazette: Why did you oppose the war, and what made you object to it?

Feaver: “I never bought into the Containment Theory in Southeast Asia. I just didn’t see how that worked out. It seemed like a fantasy to me. I believe I was right on that. The French had already bailed out of there with good reason, and we should have stayed away ourselves. I think that the North and South was an arbitrary line in Vietnam. We chose the wrong side on that issue. Not to say that the communist North Vietnamese were wonderful people. But, we have the same issue today in the Middle East — we’re not dealing with good people on either side, it doesn’t appear. So, why was that choice made? Well, it was all about Cold War geopolitical containment politics, which is the exact stuff I was studying at Johns Hopkins.

“... It was the period of Hans Morgenthau. You know, the United States government had to operate out of its own best self interest. And our best self interest boiled down to defending South Vietnam from North Vietnam. It didn’t make any sense. Was I a pacifist in the sense that all war was wrong by definition and I should never, ever participate? That never was my thought. Is any war justified? That’s a tough question to answer. I just felt this war was really a bad war. By 1967-69, most of the American people agreed. I don’t think I was on the minority side of things here. Maybe if I’d taken the same point of view in 1964, I’d gotten my draft notice, maybe I would have ended up in Canada.”

Gazette: Here’s a guy who is working on this issue at a high level — graduate school — who marches on the Pentagon, and all of sudden finds himself called on to support this. Did you wonder: How did I get here?

Feaver: “Yes. I left Vietnam 45 years ago, and I go back every day. Because I did have combat, I got my combat medical badge two weeks in country. I got my Bronze Star not too far after that. It wasn’t like somehow or another that I went to Vietnam and I could be a conscientious objector, and I could not be subject to the more violent aspects of combat. I saw combat, I just didn’t carry a weapon.”

Almost as soon as he received his training as a medic, he got orders to go to Vietnam.

Gazette: Tell me what shipping out of America was like.

Feaver: “It was odd. Frank Sinatra had one good song — one. That was, ‘(I did it) My Way.’ I remember as we were flying in country, we were flying in Tan Son Nhut, and you could see the artillery outgoing below. I was thinking, ‘I guess I am doing it my way?’ Did I pee in my pants at the time? No. I had that opportunity later, but it was surreal. It’s sort of like an out-of-body experience. Is this really me? Am I really flying into this place that I never imagined really what it would be like?”

Gazette: And you were married?

Gazette: Was going to Vietnam a little bit older a good thing or a bad thing?

Feaver: “It was probably a good thing for what I had chosen to do. I don’t think an 18-year-old, Seventh-day Adventist facing the same situation, going to Vietnam would have six years more life experience. I was resolute and determined not to pick up a weapon, and I never did. I shouldn’t say I didn’t pick one up. I had to disarm combat victims. We had to empty their chambers. We had to make sure there was nothing that could happen with their weapon that they were bringing in from the field. That’s the case on a chopper or whatever. But, I never fired a weapon.”

When asked if there was someone who could type, Feaver volunteered and became a clerk for a medical company — Company D, 4th Infantry Division, LZ Oasis, not far from Pleiku.

Feaver: “I did clerk. I kept track of the casualties. But I also provided basic combat medical service. I became the suture guy in our company. I could probably sew as good as anybody. It’s a mechanical thing, you know. Once you learn how to sew — eyebrows, scalps, chins, arms, legs, knees. Our aid station treated everything from traumatic injuries to malaria. We did a lot of assistance to troops with monkey bites and (chlamydia). We were pretty much your full-service clinic, and if you were in real bad shape, we put you on a chopper and you went to Pleiku.”

Gazette: How do you treat a monkey bite?

Feaver: “You just assume the monkey’s rabid. ... Twenty-seven shots, and we chose to use the midriff. It was 27 days you weren’t in the field. And we never did know if every monkey bite was a monkey bite. And it wasn’t our decision to decide if it was the case or not.”

Gazette: Being a combat medic, that meant that you came just as close to the reality and horrors of war as a person could come because you were at the front line, right?

Feaver: “We got shelled, and so you’d know what it’s like to have people shoot at you. I was on a couple perimeter patrols where we’d go outside the wire and walk around. We would be shot at, sometimes by friendly fire.”

About six months into his tour, Feaver choppered into a place called “The Punchbowl.”

Feaver: “It was nothing but a basin ... and it was bait. It was bait to bring the North Vietnamese in, and then we brought the B52s. And there’s almost no way to describe a B52 strike. The whole earth moves. The skies light up. And you just think, ‘How’s anybody survive that?’ And they were shooting at us the next day. I don’t know how. I just find that phenomenal. Eventually, they’d go away. But the idea was just to kill people. It was a body count thing. That war was all about body count.”

To listen to the full interview, please go to billingsgazette.com/Vietnam.

Eric Feaver's story is one of several veterans interviewed who had a "1AO" status -- meaning eligible for the draft, willing to serve, but objecting to carrying a gun; in short, an objector, but not objecting to service. Many times, the military assigned 1AO draftees to the medical corps. Even though many had objected to war, they nevertheless saw some of its most bloody aspects as medics, often in combat.

Vietnam veterans talk about their experiences in the Billings Gazette studio.

Eric Feaver drives an ambulance in a convoy on a road from LZ Oasis to Buon Ma Thuot in South Vietnam in 1969.