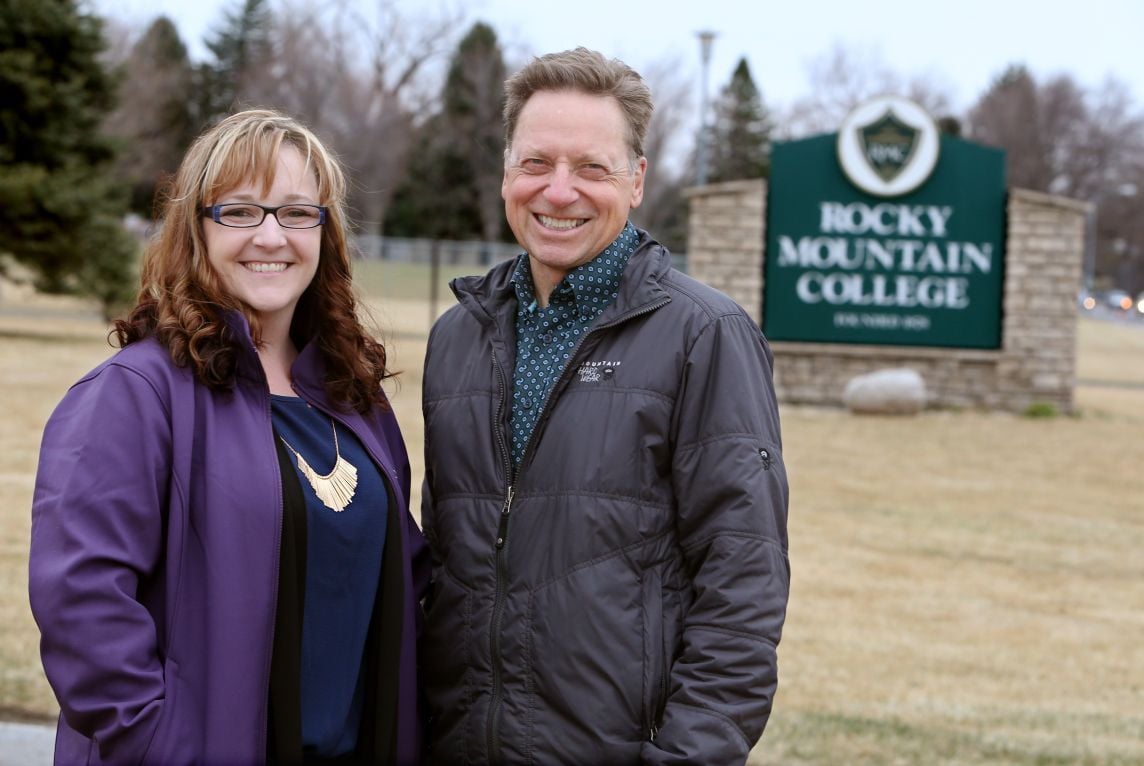 Tom Osborne and Stephanie Bond are on the board of Hope 2 One Life, which is organizing the Walk for Water this Saturday at Rocky Mountain College. 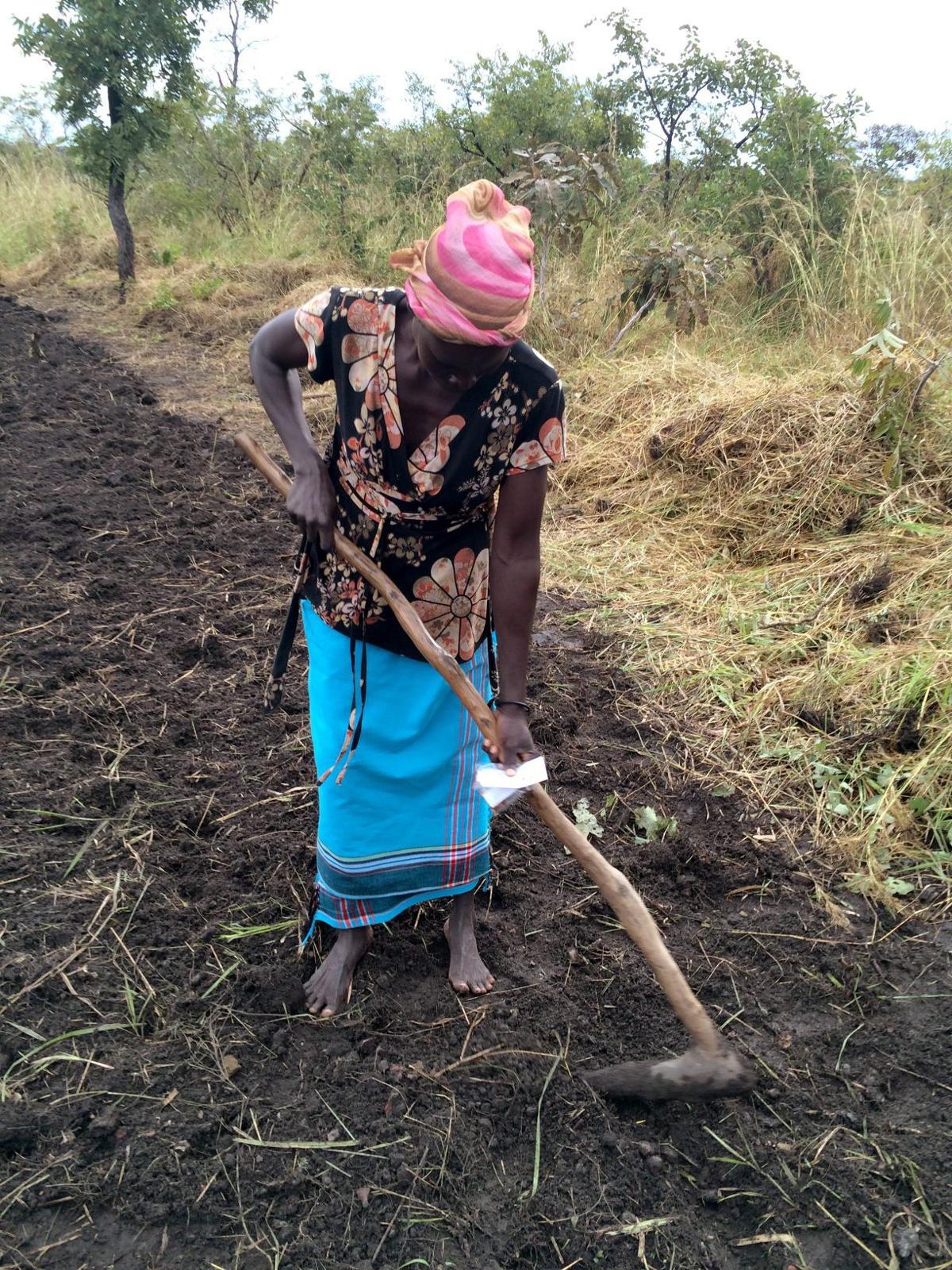 A woman working in a field in Palabek, in northern Uganda, prepares a field for planting. She is one of the many people who have been helped by Hope 2 One Life.

Put on your imagination cap for a moment.

Pretend you have no running water in your home, and no pickup to haul that vital resource. You walk miles to retrieve bacteria-laden water and carry it in 5 gallon containers that, when filled, weigh 45 pounds.

Many people in rural villages in Africa don’t have to imagine the scenario. They live it day in and day out, balancing jerry cans of water on their heads or on their shoulders on their long treks home.

Hope 2 One Life, organizers of the ninth annual Walk for Water this Saturday at Rocky Mountain College, hopes to raise awareness and money for projects that improve access to clean water, especially in Africa. The free walk is geared to adults and kids.

The 1.5-mile interactive walk, with a theme this year of “Water and Jobs,” starts at 9:30 a.m. at the Bair Family Student Center. Participants will learn about such things as biosand water filters, which remove 99 percent of bacteria from the dirtiest of water, and drip irrigation, which makes agriculture possible in arid countries.

There will also be information booths featuring other nonprofit ministries that work in Africa. A multi-media forum and refreshments will also be available, and T-shirts will on for sale for $10.

The walk is tied to World Water Day, which this year took place on March 22, said Stephanie Bond, Hope 2 One Life board member and volunteer coordinator for the walk.

Helping villages in Uganda develop consistent sources of clean water is part of what keeps the volunteer members of Hope 2 One Life (H2OL) returning to Uganda. But in villages where they have been able to do that, their help goes far beyond that.

“Now that they have water and it’s not a daily fight to have it, they can move into thinking, ‘How do I sustain life, how do I make life better for my family?’” Bond said.

Tom Osborne, also an H2OL board member, has been on five trips to Uganda to help with water projects. He is also vice president of HydroSolutions in Billings.

“Our mission since 2007 has been to bring medical and clean-water projects to Uganda and particularly to the people who are displaced and recovering from the former LRA (Lord’s Resistance Army) war,” Osborne said, sitting in his office with Bond.

Much of the group’s work has been done with Family Empowerment Uganda–Canaan Farm in Masindi, Uganda, which became a sanctuary for children and adults escaping the violence in northern Uganda.

Most recently, Bond and Osborne were two of 10 people who went on the mission trip to Uganda in November 2015, which also included H2OL founder and director Nadine Hart. The volunteers were able to repair one well at a village called Awere, and assess a failed well at Awal.

“Any fundraising we do at the walk will go to replace the well,” Osborne said.

“The skills we brought from our professions and careers have morphed into a human bond with the people over there,” she said. “We see the same people, meet some new ones.”

“It’s been marvelous to see the transformation from starvation and a lack of water to how can we develop businesses, how can we earn income,” he said.

Hope 2 One Life drilled two water wells in Palabek, in a remote region of far northern Uganda, and installed a ¼-acre drip irrigation pilot project. Some of the former refugees there — many women among them — have earned income the past couple years, using the simple technology to grow tomatoes or sesame seeds.

“They're growing tomatoes in the dry season and them harvesting them when everybody else is planting,” Osborne said. “They can command premium prices.”

The novice growers are also learning some hard lessons, he said. In one instance, they over-planted, ran out of water and the crop failed.

“But they came right back and planted another crop that succeeded,” Osborne said.

It’s a slow, steady process toward improving a growing number of lives.

“You don’t recover from 23 years of war and abject poverty overnight,” he said. “But it is amazing how much progress has been made.”

Tom Osborne and Stephanie Bond are on the board of Hope 2 One Life, which is organizing the Walk for Water this Saturday at Rocky Mountain College.

A woman working in a field in Palabek, in northern Uganda, prepares a field for planting. She is one of the many people who have been helped by Hope 2 One Life.