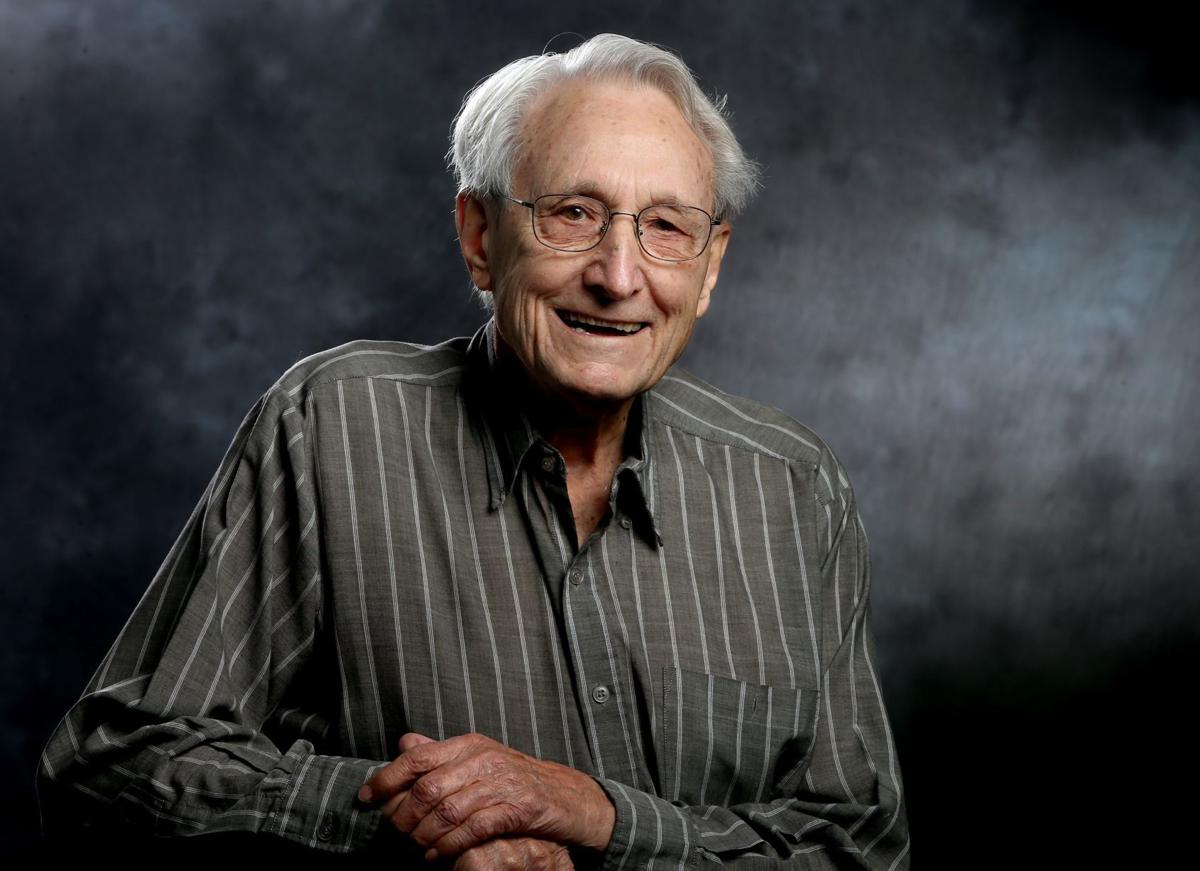 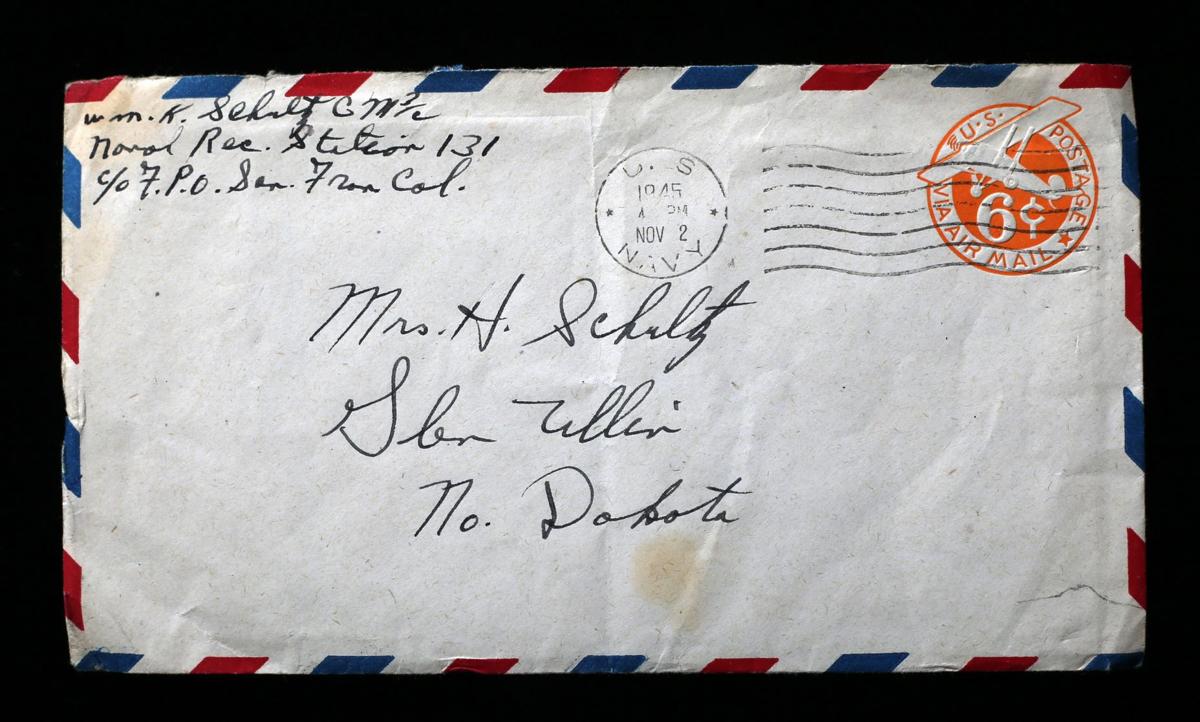 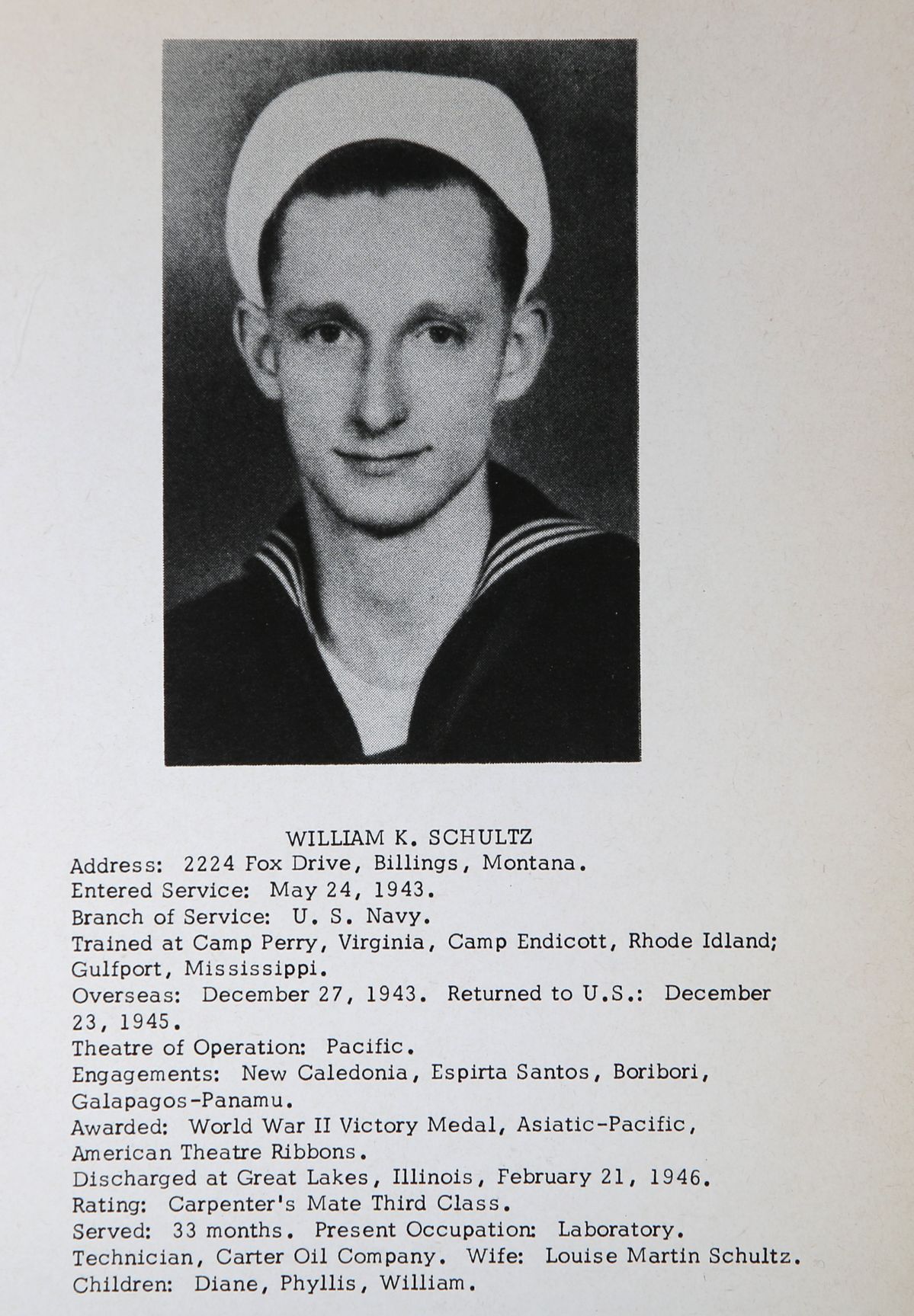 Bill Schultz, 91, is a World War II veteran and was a member of the U.S. Navy's Seabees. He served in the South Pacific as a mosquito abatement officer, trying to stop malaria outbreaks. He was born and raised in Glen Ullin, N.D., but has lived in Billings for decades. His brother was a prisoner of war for three years in Japan. Schultz was one of three brothers who served in the military.

Schultz: "I was on my way to set pins in a bowling alley. There were two lanes. You set the pins by hand. You got paid two-and-a-half cents a line. Somebody came out of the house and they had just heard it on the radio that we were attacked. So, I turned around and went back home and told my parents, and I didn't think that much about it. I knew my brother was out there someplace, but I didn't know where. I remember my mother crying."

Gazette: How did you enlist in the Navy?

Schultz: "When he was captured, when Corregidor fell, I quit school. I went to Tacoma, Wash., to work in the shipyards as a machinist helper. I got paid 87-and-a-half cents an hour. ... I was 17 and I decided I was going to join the Merchant Marines and I took the day off work and I went to Seattle, and I joined the Merchant Marines. They gave me a paper that I had take back to the shipyard because you were frozen to your job. You couldn't quit. You had to get written (permission). They wouldn't release me. Well, we were building small aircraft carriers there. My job was to help mount the five-inch guns on the rear fantail, and put in the ammunition hoists and the old portlets on the ship. That was basically what we did on every ship. Anyhow, it kind of made me mad that they didn't let me quit, so I said, 'Well, I'll go join the Navy.' So, I went in and told them I am going to quit, and then, of course, they told me I can't quit. I said, 'Well, I am anyhow because I went and joined the Navy.' Well, they couldn't stop me from that."

Schultz went to boot camp in Virginia and from there shipped to Rhode Island for machine gun school, but because there was a shortage, they didn't use ammunition. Instead, they learned how to take apart guns and put them back together. He shipped out for the South Pacific in December 1943. Just past Bora Bora, the ship hit a hurricane.

Schultz: "At that time, they told us that the radar measured a 146-knot wind, which was what, 156 mph (168 mph)? Before it got real bad, we were locked down in the hold. I was given a club and stationed at the top and told not to allow anyone up. After a couple hours, I was relieved by someone else. To stay in your bunk, I put a belt around me. Our ship finally went over so far that it took water down the stack. They said we should have gone all the way over, but we didn't but for the Seabees. We had a lot of caterpillars, road graders, heavy trucks down in the bottom of the ship. They figured that's what brought us back. But, it put all the boilers out. We had no power now. We were laying right there. All of a sudden, everything got calm. We didn't know about the eye of a hurricane. It got calm. We felt pretty good. That only lasted for 20 minutes — I don't even think that long and it hit us again. We felt we were going to go down. We had two destroyers escorting us. We made it through. We came out the next day and things were rough but not bad, and we came up on deck and our life rafts were gone. They used to be stacked up on deck maybe six high. There was a half a life boat left hanging. Our decks had been full of 55-gallon oil drums. They were all smashed and gone, but the oil had been spilled on the decks so that was kind of slick. Our galley had been smashed, garbage cans had been going back and forth and they had smashed all the equipment in the galleys so they couldn't cook anything. But, we had K rations and cookies. That's what we ate for several days. We just laid there because the destroyers had just disappeared. We thought they had sunk. We never heard from them again. Some of our men had worked down in the hole. It was so hot down there, they stayed 15 minutes and come back out and somebody else would go in. It took about two days to get the boilers back online so we could go again. We got underway and three days later, we hit another hurricane. This one really scared us because we knew what the other one was like. This one wasn't near as bad — only 90 mph winds."

Gazette: What happened to those other ships?

Schultz: "About four years ago, I got on the internet and our ship was the SS Azalea City. It tells on there that we had two destroyers that picked us up in Panama. It gave the names of them. Then I looked up the destroyers which I found on the internet. One of them had an article in there about some of the crew. So, I picked up a name. From there, I got a hit on the internet and put in his name and I can't hardly remember but I think he lives in Massachusetts. From there I found a number. I called him up. I asked him, "I thought you people were sunk." He said, "Who are you?" I said, "Well we were on the ship you were escorting." He said, "I thought you went down." They had radio silence then. That's why we didn't know what was coming."

Gazette: What does a malaria control officer in New Caledonia do?

Schultz: "I was given a spray tank which I filled with diesel fuel and I spent my days in the jungle. From our camp to the very edge, that's where the jungle started. I would try to cover a mile deep and all around us. You would spray diesel fuel on standing water of any kind, which could be from coconut hulls laying there to anything else. That's what I did every day — back and forth and when you ran out of oil you had to come back and load up again. ... The diesel fuel would kill the larvae. The larvae would float on the water and they would breathe through the very top. A slight film of oil will plug up and the larvae would die."

Gazette: Did people get malaria where you were?

Schultz: "To my knowledge, nobody in our outfit got malaria. People when they saw a mosquito would be on me. That's what I did for 19 months."

In New Caledonia, after 19 months, he was transferred to the 10th Army which was getting ready for the invasion of Japan.

Schultz: "I spent my time helping them load and unload ships. ... Then we got word the war ended. Really all I remember is that we celebrated for an hour and then we were told to get back to work."

Schultz: "Guys just went along shaking hands and happy. We thought we were on our way to Japan."

Gazette: Did they tell you that you were on your way to Japan?

Gazette: Were you worried about invading Japan?

Schultz: "I don't think so. I think when you're that age, the only thing that bothered me was that when the war was over, I was stuck out there yet. I was destroying equipment. At the end of December (1945), I finally got on my way home. I had a berth in the bow of the ship and I thought, 'I went through all this here, and now we might hit a mine on the way back.' That bothered me."

"World at War" features the journals, letters, diaries or interviews with the men and women who served in the Armed Forced during World War II. The series will run periodically in The Billings Gazette and is made possible through the support of MasterLube. If you have letters, journals, diaries, reflections or stories to share for possible inclusion, please contact Darrell Ehrlick at dehrlick@billingsgazette or 406-657-1289.

World War II veteran Bill Schultz of Billings talks about his service during the war, as well has his brother Donald's time as a prisoner of w…

Bill Schultz was one of three brothers who enlisted in the U.S. military. His younger brother, Donald, served in World War II and his other br…