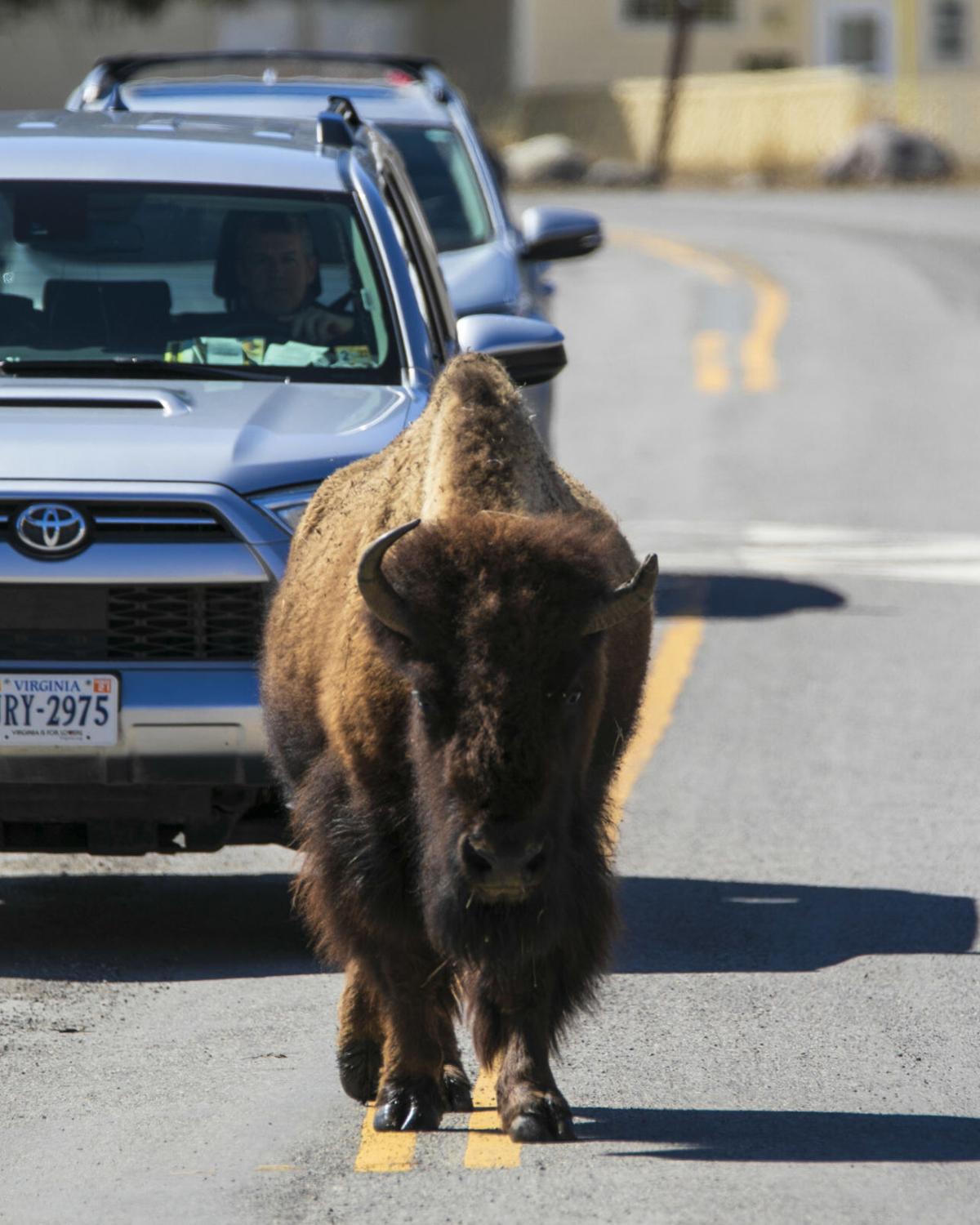 A bison walks down the center lane of the road near Mammoth Hot Springs as cars get stuck behind it at Yellowstone National Park Wednesday, March 31. 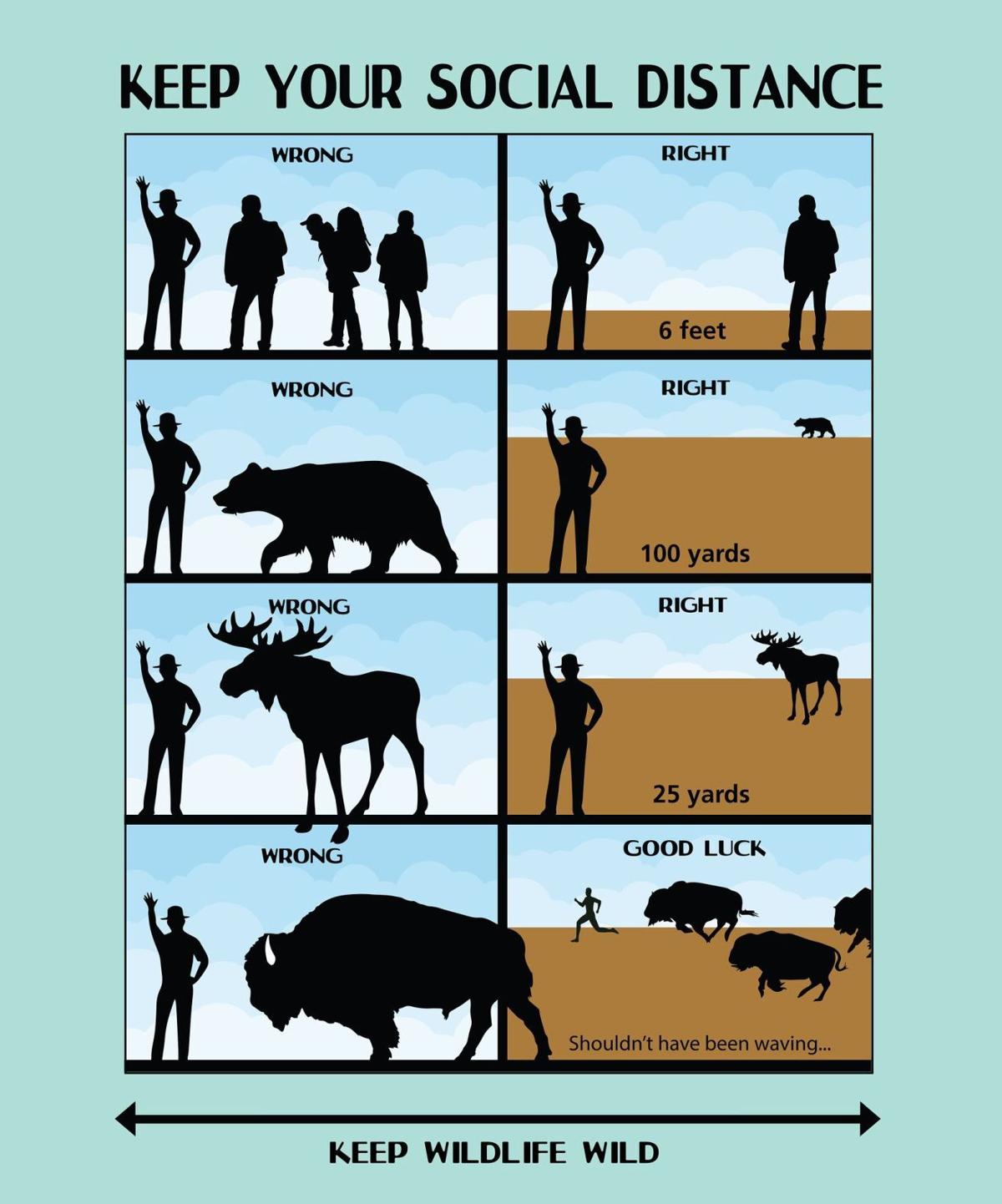 Safe social distancing in Yellowstone National Park includes staying far enough away from the wild animals in the park to ensure their safety and yours.

A 30-year-old woman on a mid-afternoon hike in Yellowstone National Park on Sunday was injured during what park officials are describing as an "encounter" with a bison.

Her injuries were "significant," and the woman was flown to a hospital for treatment, according to Linda Veress, a public information specialist with Yellowstone National Park.

Details about the incident remained limited Monday. Veress said the woman had been hiking with a companion near Storm Point Trail. The trailhead is located on the northern end of Yellowstone Lake.

"We're not clear how the encounter with the bison occurred," Veress said by email. The woman was flown to Eastern Idaho Medical Center in Idaho Falls.

Veress reiterated park safety recommendation involving wildlife, writing that when an animal is near a campsite, trail, boardwalk, parking lot, or in a developed area people should give it space. The recommendation is that people stay more than 25 yards away from all large animals including bison, elk, bighorn sheep, deer, moose and coyotes and at least 100 yards away from bears and wolves. People are further advised to turn around and go the other way to avoid a close proximity interaction with a wild animal.

Bison account for more injuries to Yellowstone tourists than any other animal in the park. More often than not, it’s the human’s fault for getting too close. In late June 2020, a 72-year-old California woman was gored several times by a bison after getting too close. She was injured the day after the park opened. In May, another woman was knocked to the ground by a bison. Last summer a 9-year-old girl was injured after being tossed into the air by a bison.

In 2016, the Centers for Disease Control and Prevention published a report that said since 1980 “bison have injured more pedestrian visitors to Yellowstone National Park than any other animal.” That was especially true between 1983 and 1985 when 33 bison-related injuries were documented in the park.

Native American lawmakers in Montana on Tuesday asked the Biden administration to help craft a plan to reintroduce wild bison to areas in and around Glacier National Park and the Charles M. Russell National Wildlife Refuge.

One man was found dead Wednesday night in a West End trailer that caught fire early in the evening.

A bison walks down the center lane of the road near Mammoth Hot Springs as cars get stuck behind it at Yellowstone National Park Wednesday, March 31.

Safe social distancing in Yellowstone National Park includes staying far enough away from the wild animals in the park to ensure their safety and yours.