Residents in the Worden Ballantine Yellowstone Water District are being told to drink bottled water and not consume tap water.

An advisory was issued on Tuesday by the state Department of Environmental Quality, warning residents the water produced by the Worden Ballantine Yellowstone Water District is no longer safe to drink.

The water district was already under an advisory to keep infants from drinking the tap water due to elevated levels of nitrates. The new advisory now includes all residents but doesn't point to a specific containment.

The problem for the water district has been groundwater that somehow has come in contact with contaminated surface water.

"We have not had any luck finding the source of this contamination," said Gary Fredricks with the Worden Ballantine Yellowstone Water District.

The water district has been testing its water regularly to monitor the level of nitrates. A month ago, the DEQ and the water district tested the groundwater for microbiological agents, the results of which came back this week.

The test showed microbiological contaminants in the water, but all of them were treatable by the chlorine process the water district uses, Fredricks said.

The worry is that some kind of contaminant not treatable by chlorine could get into the water before it's detected, since the source of the contamination is still unknown.

"Just because we didn't find any (contaminants) doesn't mean they're not out there," Fredricks said.

Huntley Project Schools, where classes begin Wednesday, are in the water district and under the same ban.

Superintendent Mark Wandle reached out to American Water Technologies, a local bottled water supply company, to bring water into the schools for the foreseeable future.

"Wherever we have water fountains we have a water dispenser," he said.

In all, the school ordered 18 dispensers and 48 5-gallon bottles of water. Wandle praised American for working so quickly to help the school district and in giving them a break on the price.

Moving forward, the district is looking at installing some kind of filtration system so that they can continue to operate should the water district have more contamination issues in the future.

The Worden Ballantine Yellowstone Water District has one pallet's worth of bottled water to give to residents. Officials there have been handing them out all summer for residents who have infants in their home; elevated nitrates levels are deadly to babies 6 months old and younger.

The bottled water at the water district office still will be reserved for those residents with infants in their home, Fredricks said. Other residents will have to secure their own bottled water, he said.

Barbara Schneeman, public information officer for RiverStone and the county health department said they have no plans to provide bottled water to residents in Worden and Ballantine.

"It's up to the water district," she said.

The water district is holding a community meeting at 6 p.m. on Monday in the community room at Huntley Project High School. Fredricks said they hope to have more answers at that point.

Nitrate concern has Worden, Ballantine restricting tap water, warning parents not to give it to infants

Worden and Ballantine and working to figure out why they have so much nitrate in their water supply.

FARGO — Linda Shearer's home sits by the Red River, next to the bridge where it’s believed a hollowed-out dresser hiding the body of 22-year-old Savanna LaFontaine-Greywind was dumped in the water two years ago.

Animal hoarding cases are hard to deal with for everyone involved — the person hoarding the animals, the animal control workers who often have to do their rescue work in squalid conditions, and the shelters that have to find a lot of good homes to adopt the animals.

A landfill north of Williston could soon become the first facility in North Dakota to accept higher levels of radioactive oilfield waste under new state regulations.

Colstrip residents grapple with the ash pond cleanup and its impact on the town's future.

About 750 students headed back to school at Huntley Project Schools on Wednesday with one more item on their list: water bottles.

State officials are urging the public to steer clear of the shallows at Lake Elmo, due to reports of blue-green algae.

It could take years and and it might cost millions of dollars to deal with the drinking water problems primarily affecting Worden and Ballantine.

Two years after the Worden Ballantine Yellowstone County Water and Sewer District had to declare its drinking water unsafe, $4.74 million in federal aid in the form of grants and loans is being made available to the district to help solve the problem. 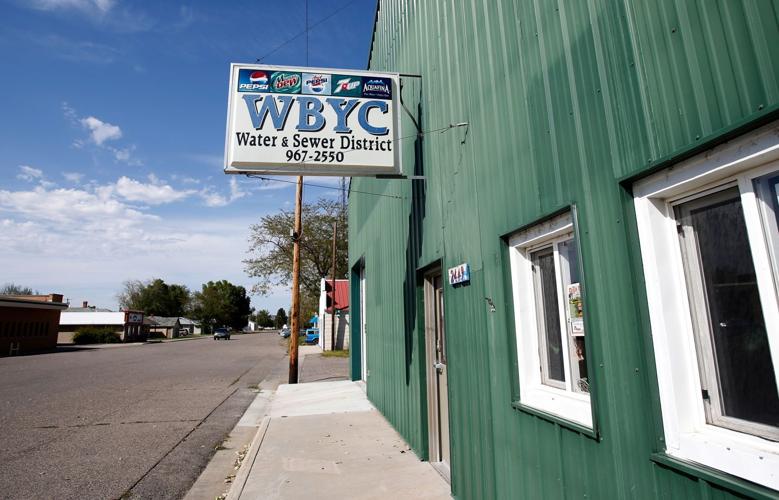 The Worden Ballantine Yellowstone County Water and Sewer District office in Worden are pictured in 2019. 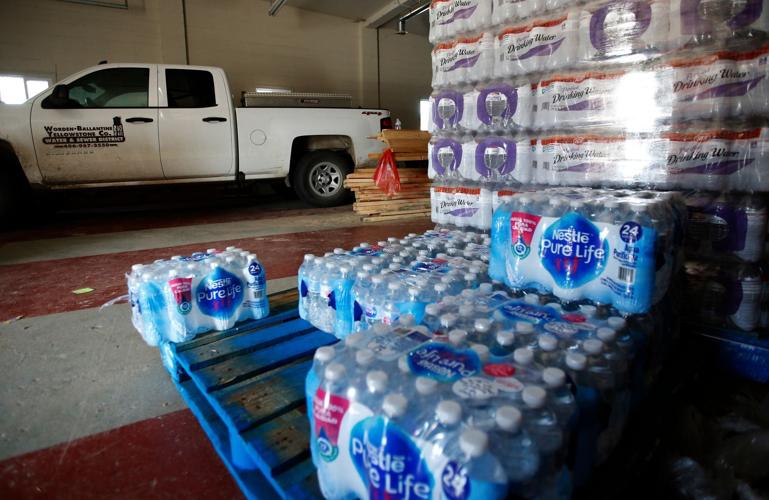 In this file photo, cases of bottled water are stacked for distribution to families with infants in the Worden Ballantine Yellowstone County Water and Sewer District office in Worden in August 2019.