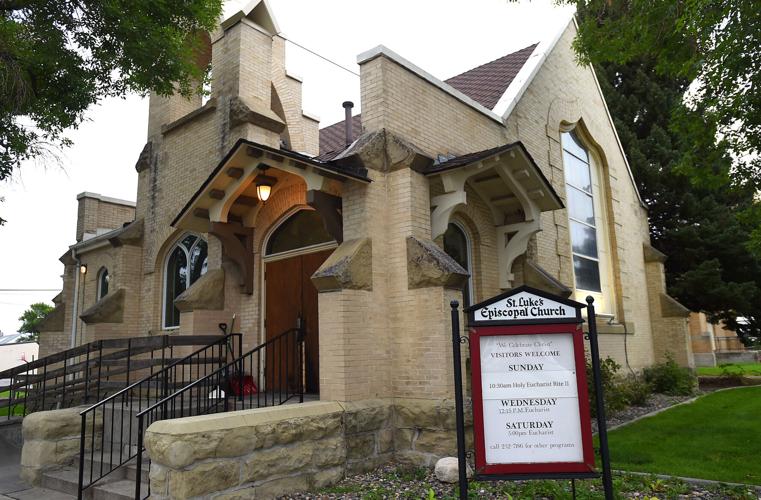 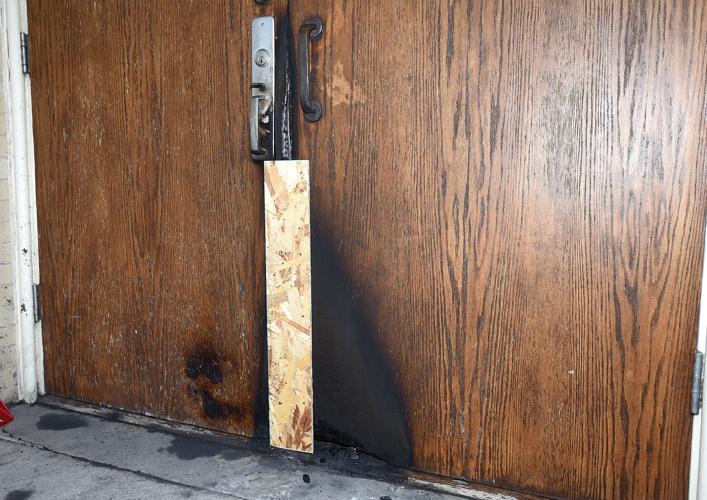 A Wyoming woman is in custody on suspicion of lighting multiple fires in downtown Billings on Tuesday morning that brought emergency crews to a church and a pre-release center.

Jodi Laurette Moore, 43, was arrested shortly after Billings Fire Department members responded to fire alarms at St. Luke's Episcopal Church and the Alpha House men’s pre-release dormitory. While the dormitory was not damaged, doors to the 120-year-old church were destroyed and several of its windows were shattered.

“The homeless problem in Billings is becoming a bigger problem year by year…But we have to continue to love them and do what we can to help them,” said Allen Kent, a long-time parishioner at St. Luke’s.

BFD crews reached St. Luke’s around 5 a.m., according to a social media post from the Billings Police Department, and officers immediately began an arson investigation. The church’s main doors, which Kent said were nearly as old at the church itself, were visibly scorched. The doors, and several windows broken by rocks would need to be replaced.

Fire also damaged the foyer to St. Luke’s, Kent said, the inside of which still stank of smoke hours after the flames were doused. He was unsure when church services would continue.

“I’ve been attending this church for 50 years. We’ve had break-ins before. Usually in the winter they’ll break in to get out of the cold, but never has anybody tried to actually destroy the church,” Kent said.

Shortly after the fire at St. Luke’s was reported, a fire alarm went off at an Alpha House dormitory about a block away. The dormitory was part of Alpha House, a pre-release program for men transitioning out of state and federal custody. There were 19 residents staying in the dormitory when fire crews arrived.

A towel lit on fire and left in a waste basket set alarms off, said Dave Armstrong, chief executive officer of Alternatives, Inc. Alternatives oversees operations at Alpha House and other pre-release programs in Billings. The fire was quickly snuffed out and caused little to no damage to the dormitory, he said, and displaced none of the residents.

By 7 a.m., Billings police identified and arrested Moore on suspicion of arson and criminal mischief in connection to both calls. Armstrong said Moore had no affiliation whatsoever with Alpha House, or any other Alternatives programs.

“It seems to me that this was totally random,” Armstrong said.

Moore is currently in custody at Yellowstone County Detention Facility, and criminal charges have yet to be filed against her.

Last week, a Billings man was arrested and charged with one count of arson. County prosecutors are accusing John William Odom III of allegedly setting his South Side home on fire. Firefighters found the bodies of two dogs after dousing the flames. Odom pleaded not guilty to the charge Monday and is currently in YCDF on a $50,000 bond.

17-year-old charged with shooting up home with family inside

A Billings 17-year-old has been charged as an adult with six counts of assault with a weapon after he and three others allegedly opened fire on a Billings home.

Two men have been sentenced for poaching three bill elk in the Little Snowy Mountains in two separate cases dating back to 2019 and 2021.

An angry crowd of people, who had been watching the chase, accosted the officer, yelling and cursing at him.

Nearly eight months to the day Billings teen Khoen Parker was shot and killed, five people have been charged in connection to his death.

A Wyoming woman pleaded not guilty Thursday to accusations of lighting fires that damaged a downtown Billings church and pre-release center.

Shootings in Billings over the weekend injure 3, investigations ongoing

Multiple shootings, including one outside the Alberta Bair Theater, injured three people over the weekend. Last week, there were three shootings in two days.