50 years ago this week, John F. Kennedy visited Billings; less than 2 months later he was dead
Share this
Return to homepage × 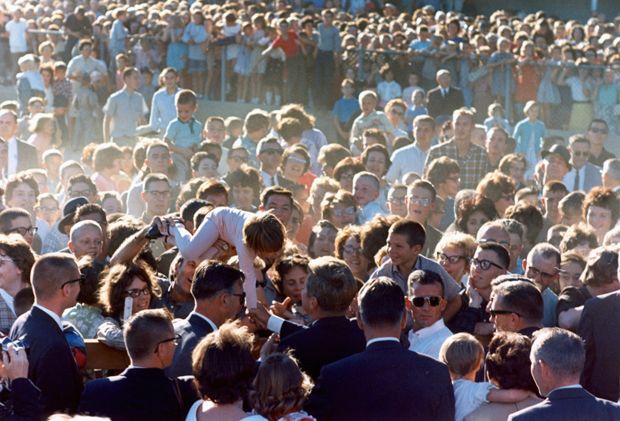 In Billings, a young girl is lifted above the crowd to shake hands with President John F. Kennedy during the president's "Conservation Tour" of Western states on Sept. 25, 1963. 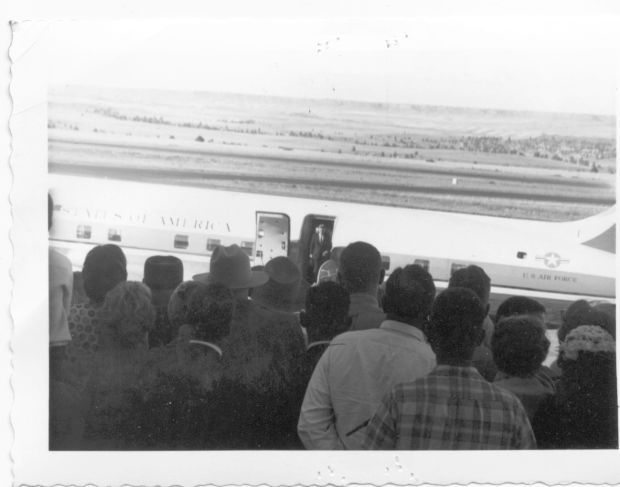 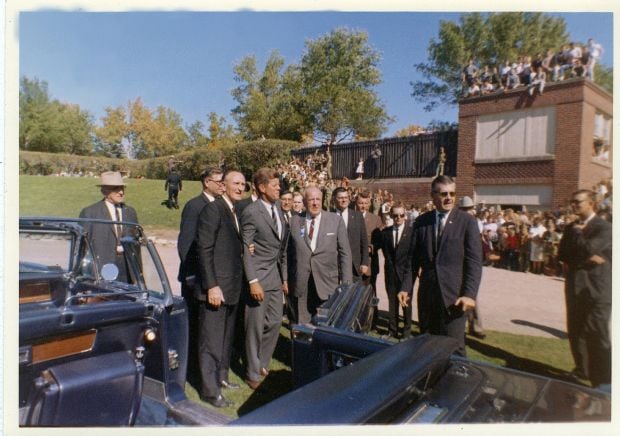 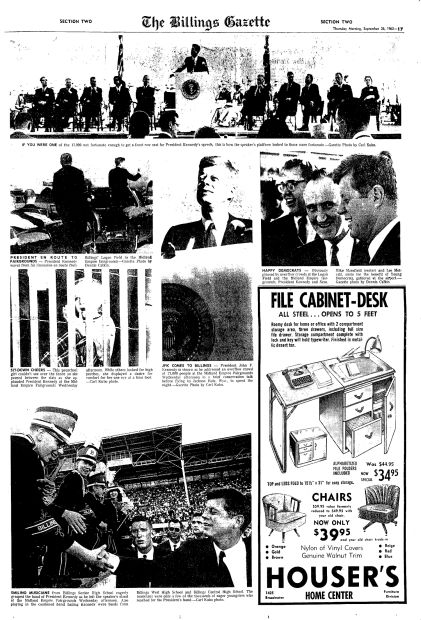 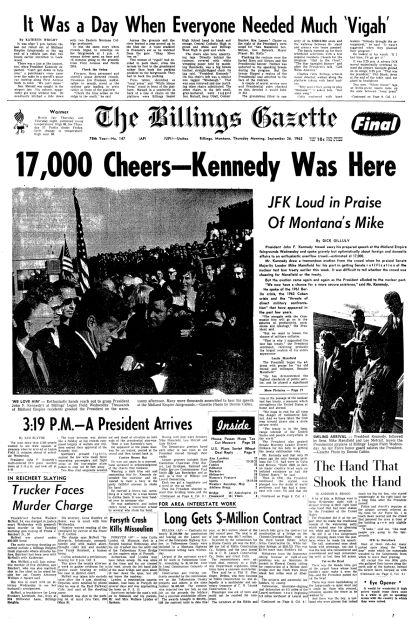 Fifty years ago, Billings Mayor Willard Fraser was not happy.

Plans for the Sept. 25, 1963, visit by President John F. Kennedy were not to his liking and no one in Washington, D.C., was willing to bend. Though he had been invited to sit on the platform at the Yellowstone County fair grandstands with JFK and the rest of the dignitaries, the legendary mayor wasn’t sure he wanted to.

“Courtesy is a two-way street,” he told a Billings Gazette reporter a few days before the event. “I don’t know what I’m going to do right now.”

First on the list of his complaints was that the presidential motorcade would make its way down Airport Road (referred to then as the Truck Route or “back door to Billings") instead of down North 27th Street and east on First Avenue North.

Earlier, the mayor had called the chosen route an “affront” to the thousands who would have lined downtown streets to welcome the president.

Fraser was also miffed that the chief executive would not stay the night so he could speak to the Montana Municipal League gathered in Billings that day.

(Because presidential planners at the time believed Billings didn’t have the capacity to house the large entourage traveling with the president, it was decided Kennedy would spend the night in Jackson Hole.)

Fraser relented in the end, joining Democratic Sens. Mike Mansfield and Lee Metcalf and Republican Gov. Tim Babcock on the stage. He was caught up in the excitement as much as the rest of the city. There had not been a presidential visit to Billings since Woodrow Wilson came through in 1919, he noted.

The president’s Boeing 707 landed about 3:30 that afternoon. A huge crowd waited at the airport, enjoying a beautiful late-summer day. The temperature was forecast to hit 83 degrees.

Advance parties had arranged to fly in a special firetruck and planeloads of spare parts and special ground control equipment for a bad-weather landing.

Jack Sampson, retired assistant Billings police chief, was stationed at the airport that day. Just a rookie at the time, he remembered “the airport was full, everything was full.”

In preparation, “all days off were cancelled and all vacations were cancelled,” Sampson said. “It was pretty much handled by the Secret Service, and whatever they said, we did.”

Before Kennedy boarded the plane for Jackson Hole two hours later, the president shook Sampson’s hand and those of other officers stationed there.

“He was just being friendly, friendly and cordial,” Sampson said. “Nixon was that way also.”

Presidential visits became more plentiful and more complex through the years Sampson served on the police force until his retirement in 1992. Kennedy’s visit was relatively uncomplicated, he said. It was after Kennedy’s assassination in Dallas less than two months later that hosting presidents really became difficult.

Minutes before his 4 p.m. speech, Kennedy’s dark blue Lincoln entered the fairgrounds, where people from all over the region had begun gathering by 1 p.m. Traffic jams two hours long were reported before and after the event. The Secret Service estimated that 17,000 people in this Republican stronghold had turned out to greet the Democratic president.

City, county and federal workers were excused for part of the day to attend the speech, and local schools let out early so children could go. Fraser encouraged businesses to close a few hours early. Special buses were available to take people to the fairgrounds.

Ken Kindelman of Billings, a 13-year-old junior high school student at the time, said most of the 1,000-plus students attending what is now the Lincoln Center wanted to hear the president.

“We walked down Fourth Avenue to the fairgrounds,” he recalled. “I can’t remember whether I sat or stood in the grandstands. I was just tickled to be there. Basically, the whole town was there.”

His dad had left work early to be there and, miraculously in the massive crowd, Kindelman found his parents and got a ride home with his sisters.

“There was this girl, and she got pressed up to the fence and somehow she shook his hand,” Kindelman remembered. “She told me she was never going to wash her hand again.”

What impressed Jim Kennedy, who was 8 at the time, was “the Secret Service and the cops with guns watching the crowd. I thought it was kind of cool.”

Then on Nov. 22, the president he had seen in Billings only a couple of months earlier was assassinated.

“I was going down the stairs at Holy Rosary (School) to the lunch room when they said the president had been shot,” Jim Kennedy said. “I was just kind of devastated.”

The president’s whirlwind visit to the Magic City was part of an 11-state journey to talk about national resources conservation.

In a speech in Duluth, Minn., the day before his arrival in Billings, Kennedy had told a large, friendly crowd at the University of Minnesota, “Waste of natural resources is tragic. Waste of human resources is disastrous.”

Because the “nonpolitical” sweep through the west was supposed to highlight the nation’s resources, the Department of Interior in Billings was assigned to arrange the visit. Initially, the Bureau of Reclamation’s work building Yellowtail Dam was to be part of the tour, but the president’s schedule became too crowded with stops.

Advance publicity for the Billings visit indicated that the president would give a major, 30-minute address on outdoor recreation policy. But Kennedy was never one to stick to the script.

A member of a large contingent of reporters traveling with Kennedy quipped, “This was supposed to be a major conservation talk. He’s been on the test ban nearly 15 minutes.”

The day before his arrival in Billings, the U.S. Senate approved a Kennedy-backed nuclear-test ban treaty that banned above-ground testing of nuclear weapons. It was designed to ease worldwide tensions after 1962’s Cuban missile crisis and end fallout from testing nuclear bombs.

It had been a busy, stressful month for the president. Alabama Gov. George Wallace was defying federal orders to desegregate schools. Wallace was using state troopers to prevent black children from entering. To end the ugly standoff, Kennedy federalized the Alabama National Guard to enforce the federal desegregation mandate.

But some in Alabama remained defiant. On Sept. 15, four little girls died when a black church in Birmingham was bombed.

Also during September 1963, tensions were building in Southeast Asia and the president hinted that further U.S. action might be necessary to protect the people of South Vietnam.

Although most of what Kennedy got in Billings that day 50 years ago was a whole lot of love and respect, there were dissenters in the crowd. Some carried signs supporting Republican Barry Goldwater, who was expected to face Kennedy in the 1964 presidential race.

Republicans served in many capacities in preparing for the visit and welcoming the president. They did, however, question the president’s contention that the tour was nonpolitical.

“The visit to the most casual observer has the earmarks of a pre-campaign swing for the president and for Sen. Mansfield,” Cavan said.

But the Republican leader said he was happy to welcome Kennedy to Billings.

“Whether the visit is political or nonpolitical, we recognize that he is our president and are honored to have him visit us,” he said.

View a collection of stories, photos, interactives and front pages.

In Billings, a young girl is lifted above the crowd to shake hands with President John F. Kennedy during the president's "Conservation Tour" of Western states on Sept. 25, 1963. 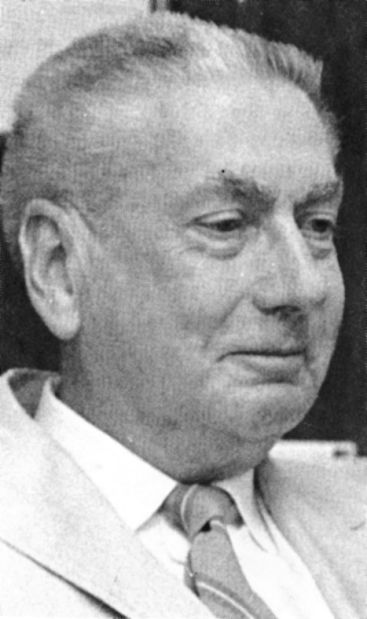