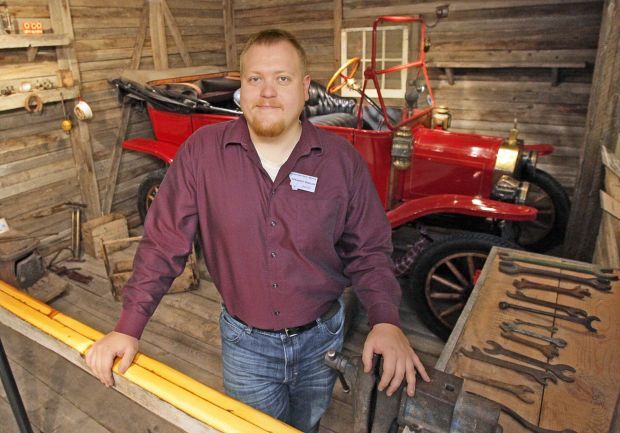 Director Ben Nordland stands in front of a 1914 Canadian Model T at the Yellowstone County Museum. 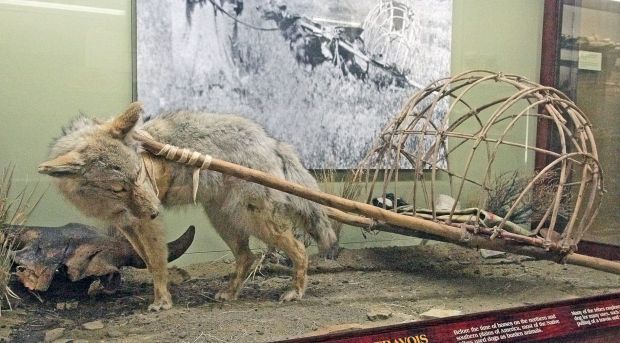 A dog travois is on display at the Yellowstone County Museum. 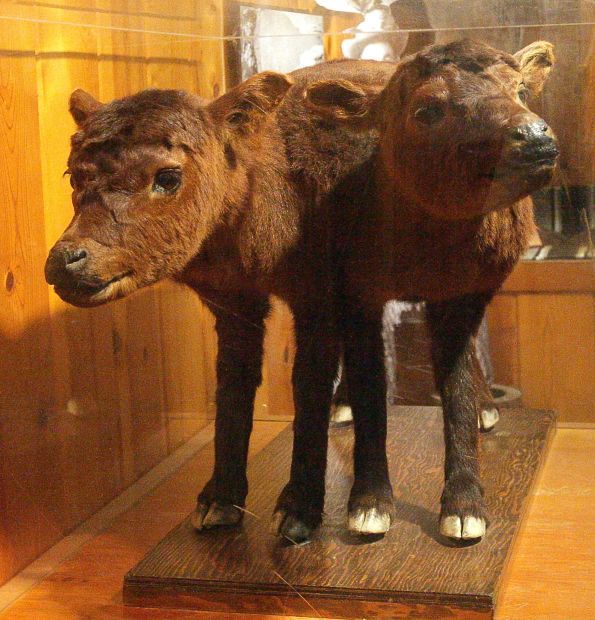 A two-headed calf, a sort of mascot at the Yellowstone County Museum, has been on display since the 1970s. 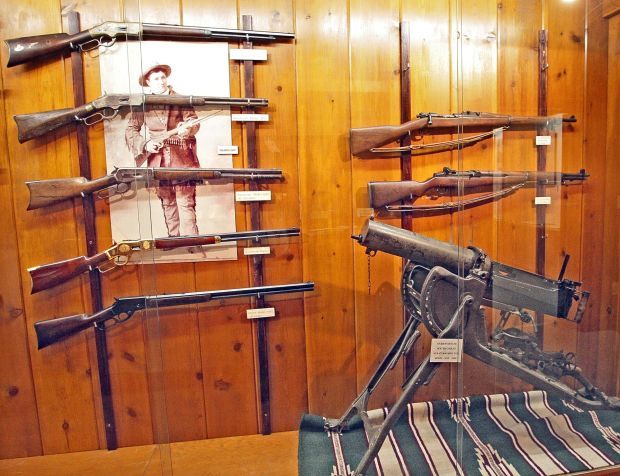 The gun display at Yellowstone County Museum is something director Ben Nordlund hopes to expand in the future. 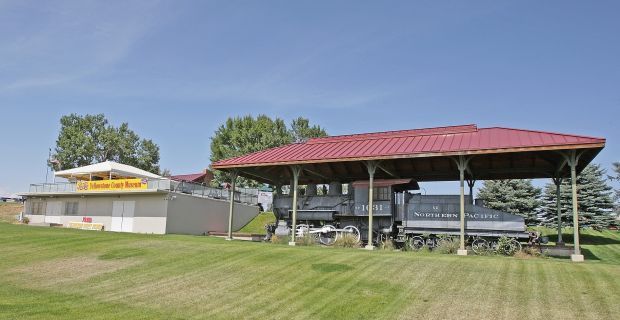 Northern Pacific engine No. 1031 sits outside the back of the Yellowstone County Museum. 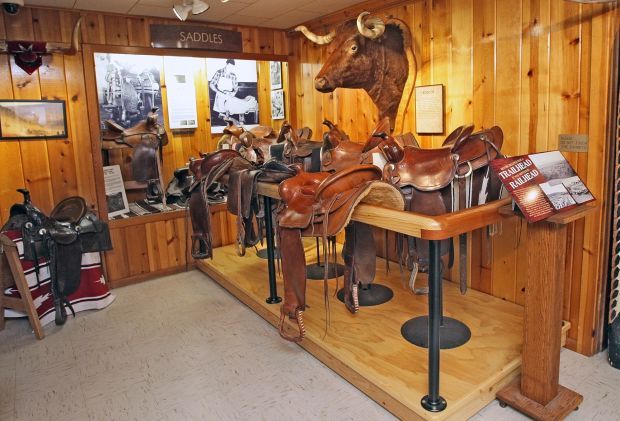 A variety of Connolly saddles are on display at the museum. 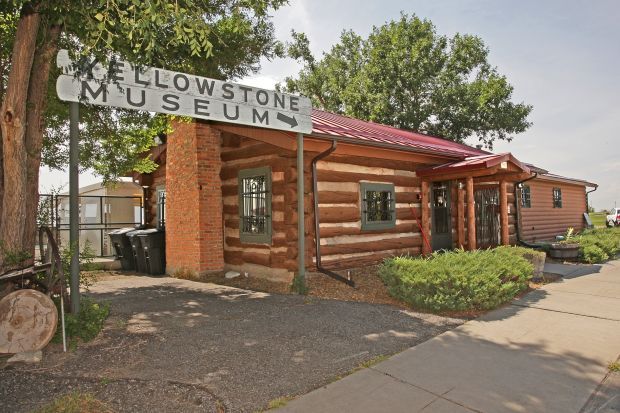 The Yellowstone County Museum sits at 1950 Terminal Circle in Billings, across from Billings Logan International Airport. 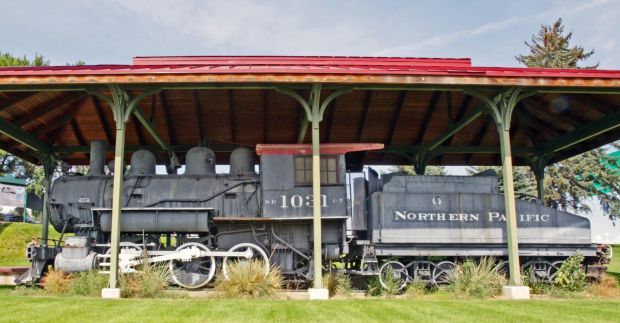 Northern Pacific engine No. 1031 sits outside the Yellowstone County Museum.

The Yellowstone County Museum might be one of the best kept secrets around.

The dark-brown cabin that sits across the parking lot from Billings Logan International Airport, atop the Rims, draws people from around the United States and beyond, said museum director Ben Nordlund.

But locals don't always take advantage of the free museum that's been part of the Billings landscape for nearly 60 years. It houses thousands of artifacts related to the history of the Yellowstone Valley.

“People have lived in Yellowstone County their whole lives and have never been here,” Nordlund said, sitting in the main-floor gallery that’s in the process of being turned into a World War I display. “It would be nice to get the museum’s name out and get people who have never been here to come up.”

A guest book inside the Yellowstone County Museum reveals visitors from New York, Virginia, Tennessee, Ohio, California, Washington and Oregon, not to mention Canada, France and Australia. That’s partially because travelers are encouraged to visit the nearby museum for a quick history lesson.

“A lot of people have two or three hours to kill while waiting for a flight, and the airport is great about sending them over,” Nordlund said.

The county museum also is one of the stops on the Caravan Bus Tours that runs from Memorial Day to the end of September. The tour starts in Rapid City and ends in Salt Lake City.

“They come in about 5 p.m., the last stop on their third day,” Nordlund said. “It’s quite the sight for them to see, they really enjoy it.”

The tour visitors, from as far away as China, Russia and Japan, also get the chance to munch on cookies and juice, cheese and crackers on the outdoor deck behind the museum and enjoy a panoramic view. The tour company donated an awning to protect visitors from the hot summer sun.

Nordlund hopes to lure new people by continuing to develop interesting displays. The coming World War I exhibit will be seen through the eyes of Judge Ben Harwood, one of the museum's founders.

Another exhibit the museum is hoping to open next year will focus on William Clark’s canoe trip on the Yellowstone River. It will include artifacts that may be linked to a spot near Park City where Clark and his traveling companions spent five days building canoes.

Permanent displays focus on everything from homesteading and pioneer stockmen to Indian artifacts, firearms from the 19th century and military uniforms and items.

Glass cases feature rows of intricately beaded moccasins, dresses and purses. Another exhibit reveals what a pioneer kitchen might have looked like.

A saddle exhibit invites children to sit down in a kid-sized version of a saddle. And car enthusiasts will enjoy the red 1914 Canadian Model T.

“We have Charles M. Bair’s sheep wagon,” Nordlund said. “Bair had a huge sheep ranch by Harlowton and the largest sheep herd in the world, with over 300,000 sheep.”

The museum has photos of Bair sitting on a stump, with a dog next to him and about 1,200 sheep behind him, what Nordlund called “a sea of white.”

One artifact that the museum director, who grew up in Billings, remembers from a childhood visit, is the two-headed calf. A sign near the calf explains that it was born in February 1949 in Alberta, Canada, and only lived a day and a half.

The family that owned the calf had it preserved and brought it with them when they moved to Montana in the 1950s. It eventually wound up at the Cowboy Bar in Fishtail, and in the 1970s was donated to the museum.

“It brings in a lot of people,” Nordlund said. “It’s kind of our mascot.”

The museum was established in 1953, and its founders began to gather a collection. It opened in 1956, with Harwood, Peter Yegen, Jr. and Paul McCormick, Jr. as its first trustees.

“They and other colleagues came together and decided this region needed something to preserve the history of our valley,” Nordlund said.

Even the cabin that holds a portion of the museum has a history of its own. It was built in 1893 by Paul McCormick near Junction City. He constructed it as a social center for his family.

The cabin later was moved to downtown Billings, in the area where the TransWestern buildings now stand, owned by McCormick’s nephew, Will McCormick. It was acquired by the Elliott family in 1931, then sold to the YWCA in 1947.

The property later was sold, and the cabin donated for use as the new museum. It was moved to the top of the Rims in 1954 and dedicated in 1956.

The size of the 5,000-square-foot museum is deceptive, Nordlund said, because the basement can’t be seen from the street level. Many of the displays are set up on the lower level.

Behind the museum sits Northern Pacific’s 1903 steam engine No. 1031, donated by the company run by Frederick Billings, for whom the city of Billings is named.

“It’s our homage to the railroad company that helped start Billings,” Nordlund said.

In 2005, the Yegen family asked for Yegen's name to be removed, to alleviate confusion about the county's ownership of the museum.

Nordlund, who was named director at the start of the year, is focusing his efforts on the history museum's future. For example, he'd like to expand the firearms collection.

“Exhibits like old rifles and guns are a very important part of our history,” Nordlund said. “Billings and any of the West would not have been established without firearms and we’re always looking for new items to be donated or loaned to us for that collection.”

The museum hopes to launch a fundraising campaign to build a vault that would make it eligible to house traveling firearms shows or borrow collections from other museums.

The museum employs Nordlund full time and a part-time administrative assistant. By the end of August, it hopes to add a full-time curator.

In 2013, about 13,000 people visited the museum. Attendance this year has dipped a bit, Nordland said, but July broke the attendance record for the past two years, and the month also was the best for financial donations and sales at the small gift shop.

“We’re the county museum and we’re everybody’s museum who lives in the county,” Nordlund said. “I like to encourage people to come and see what they own. It’s everybody’s to enjoy.”

The Yellowstone County Museum, at 1950 Airport Terminal Circle, is open Tuesdays through Saturdays from 10:30 a.m. to 5:30 p.m. Admission and parking are both free.

For more information, call the museum at 256-6811 or send an email to ycm@tctwest.net.

Statue of cowboy and horse a reminder of Western past

A statue of a cowboy and his horse that sits east of the Yellowstone County Museum has a history all its own.

Director Ben Nordland stands in front of a 1914 Canadian Model T at the Yellowstone County Museum.

A dog travois is on display at the Yellowstone County Museum.

A two-headed calf, a sort of mascot at the Yellowstone County Museum, has been on display since the 1970s.

The gun display at Yellowstone County Museum is something director Ben Nordlund hopes to expand in the future.

Northern Pacific engine No. 1031 sits outside the back of the Yellowstone County Museum.

A variety of Connolly saddles are on display at the museum.

The Yellowstone County Museum sits at 1950 Terminal Circle in Billings, across from Billings Logan International Airport.

Northern Pacific engine No. 1031 sits outside the Yellowstone County Museum.