Simpson, an 8-month-old grey wolf pup who arrived at ZooMontana last summer will undergo surgery at Washington State University after a CT scan revealed he was suffering from congenital hydrocephalus.

“This condition causes an increased production of cerebrospinal fluid, or "water on the brain," that increases intracranial pressure,” said Dr. Haynes Werner, one of the zoo’s lead veterinarians. “In Simpson's case, his condition is likely to worsen as he gets older, and while he is currently on several medications, long-term medical management is not his best option. We got to work to find solutions, and rested on surgery as his best option,” Werner added.

Because this is a unique, highly specialized case, ZooMontana’s veterinary team contacted specialists to tackle the delicate surgery. After an exhaustive search, Washington State University’s College of Veterinary Medicine agreed to take on the case. Simpson will travel with his local veterinary team to the WSU Veterinary Teaching Hospital in March to have a shunt placed in his brain to drain the excess fluid and relieve pressure on his brain.

Simpson is believed to have been abandoned by his pack in the wild. He was found, fed, and briefly housed by families in Condon, and then turned over to Montana’s Fish, Wildlife and Parks in Kalispell.

After unsuccessful attempts to locate the pup’s pack, the wolf was transferred to ZooMontana, and named Simpson. During his first few months at the zoo, officials say he was doing great, with a few oddities attributed to puppyhood.

However, as he grew older his clumsiness and poor eyesight led caregivers to believe something more was going on. After an altercation with one of the zoo’s adult wolves, his condition deteriorated significantly, ultimately leading the zoo’s veterinarian team to take him in for a CT scan of his brain.

ZooMontana Executive Director Jeff Ewelt said everyone agrees this surgery is the best option available to Simpson, but wants everyone to know there are risks.

The zoo estimates the surgery could cost about $10,000, with another $10,000 in expected habitat changes to make Simpson’s life more comfortable.

ZooMontana has setup up a donation link on its website, www.zoomontana.org/support-simpson, if you would like to help contribute to Simpson’s surgery.

Jeff the Nature Guy introduces Onyx, a new wolf at ZooMontana that is keeping their other wolf Simpson company.

Jeff the Nature Guy visits with Simpson, a grey wolf pup at ZooMontana who is now 3 months old.

Jeff the Nature Guy visits with Simpson and Onyx, two young wolves at ZooMontana, and explains why Simpson is scheduled for surgery to relieve fluid around his brain. 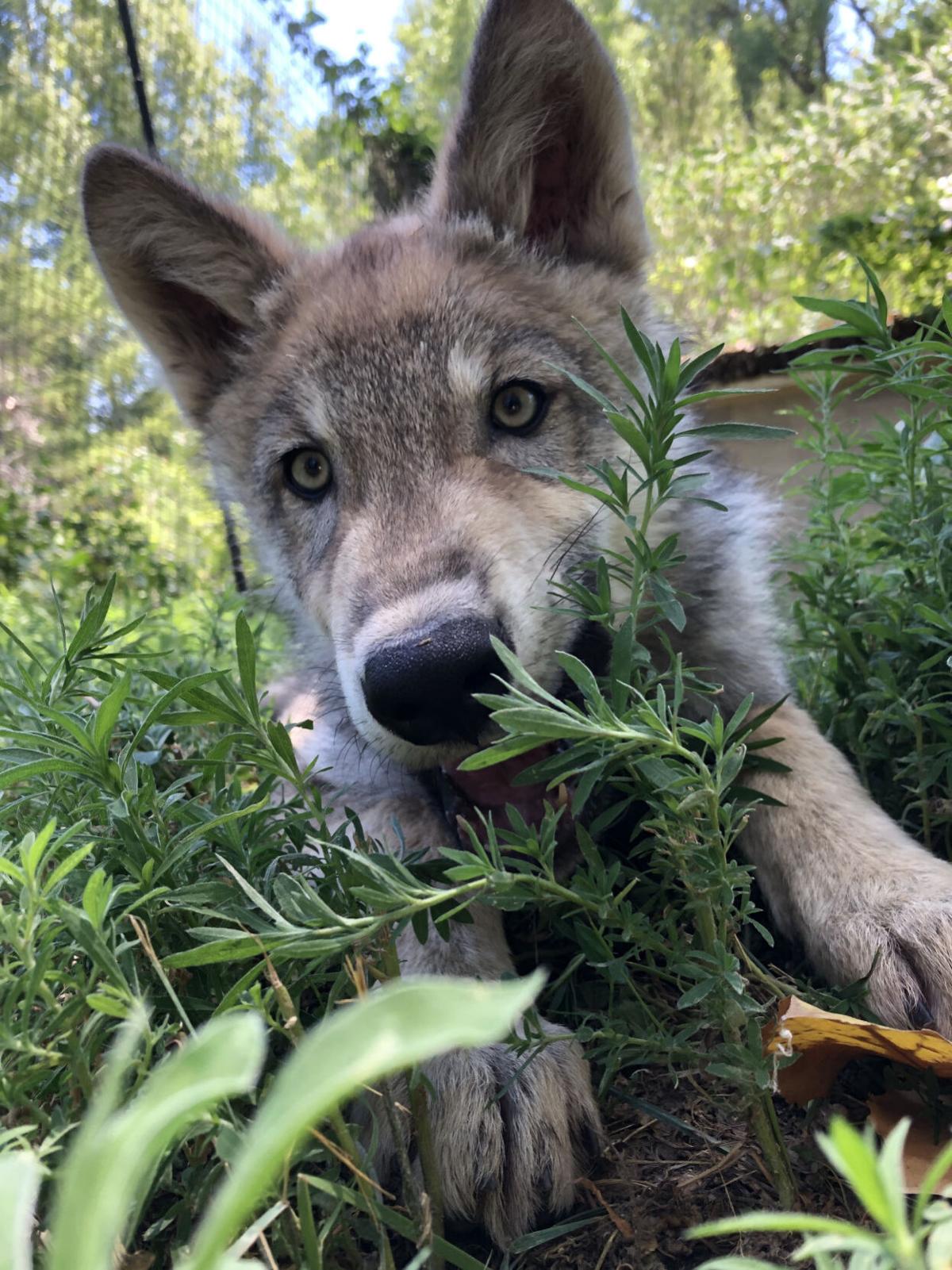 Simpson the grey wolf at ZooMontana is pictured in the summer of 2020. 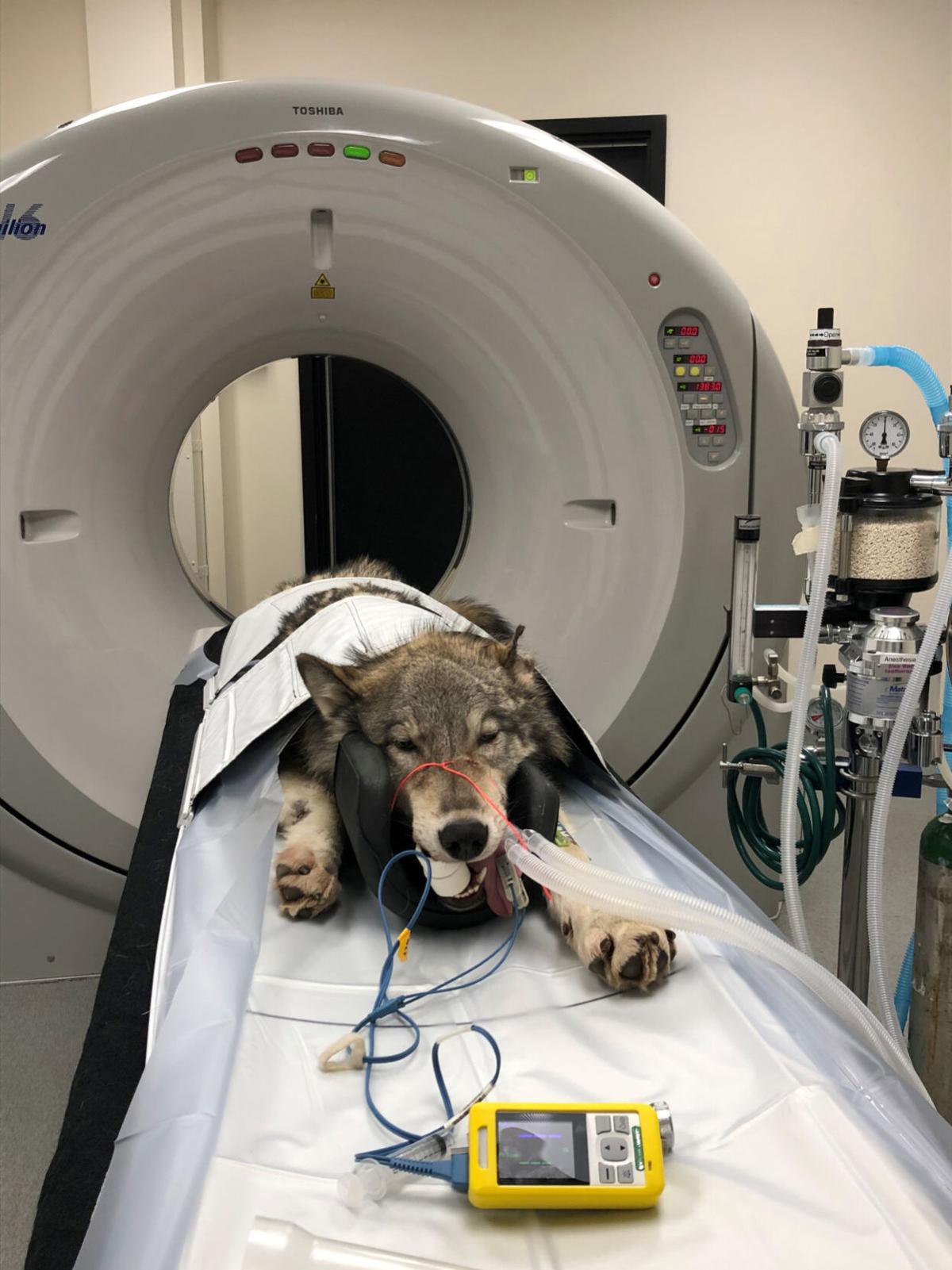 Simpson gets a CT scan recently