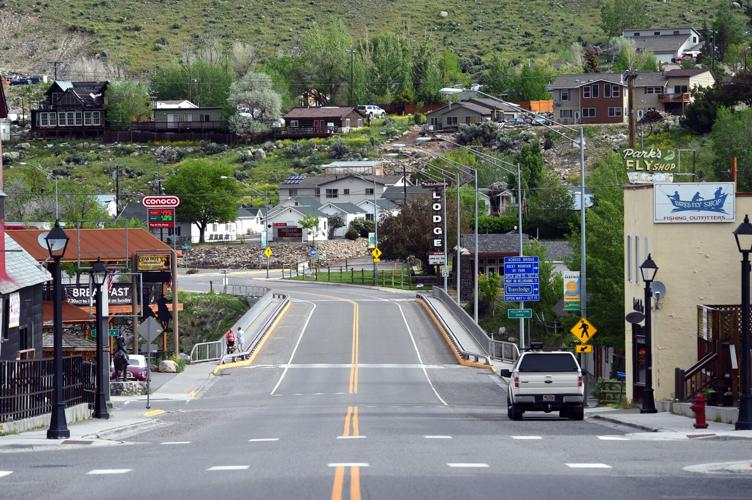 Second Street in Gardiner is empty as Montana Governor Greg Gianforte and U.S. Senator Steve Daines meet with FEMA, National Park Service and community members in Gardiner during a tour of flood devastation on Friday. 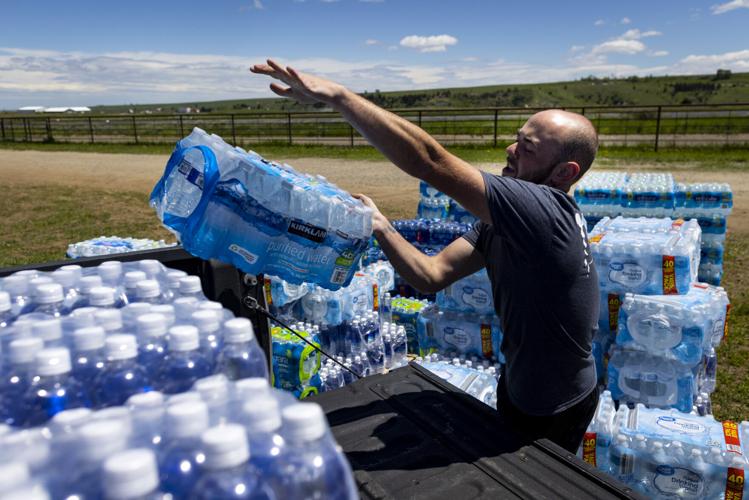 Similar orders for Red Lodge and Fromberg remain in effect and all drinking water from both towns’ taps should still be boiled for at least a minute before use. Water samples were taken from Red Lodge Monday while Fromberg samples are planned to be taken Thursday.

In Red Lodge, a portable water truck is stationed at the Civic Center Parking Lot and bottled water donations from Billings residents have allowed most businesses to re-open with the alternative water supplies.

“Everyone that’s open has been having to do things a little bit differently since the tap water hasn’t been cleared yet,” said Sam’s Tap Room Server Toni Wahl. “We’ve been having to do a three-step process to make sure we’re not using contaminated water to wash glasses and dishes.”

Some restaurants, like Foster and Logan’s on Broadway, are still waiting for the sample tests to come back before opening back up to the public.

Highway 212 from the Wyoming State Line to Red Lodge remains closed along with Montana Highway 78 from Red Lodge to Roscoe and S-419 between Junction and Nye.

In Stillwater County, a boil advisory was issued by county officials last week that is still in effect.

Since no municipal water systems were damaged by the floods, Columbus Fire Chief Rich Cowger said the advisory is precautionary while the water is still being tested.

“This is primarily just a recommendation for private wells, not systems,” he said. “Since we can’t be completely sure, we’re recommending that everyone uses precautions.”

Park County Sunday evening announced a boil advisory for Gardiner and Silver Gate. Retail food establishments can only serve prepackaged food and drink, due to contamination risks, but most have decided to stay closed while they wait for water tests to come back clean.

Other restaurants, like Gardiner’s Bears Brew Coffeehouse, submitted requests for an alternative water supply plan, the use of filtered water from outside sources, and they are scheduled to re-open Tuesday.

“You know, we've still got a lot of people in town that need to eat,” Bears Brew Owner Rebecca Stoneberger said. “And we’ve got hundreds of workers here repairing roads and bridges, so I got my water up in Bozeman and got approved so I can open my shop.”

Outside of restaurants, most of Gardiner's retail shops, gas stations and other businesses have all re-opened, with local grocery store Gardiner Market providing free bottled water.

Highway 89 between the Wyoming State Line and Junction Interstate 90 in Livingston is closed. The Point of Rocks and Carbella bridges are both closed and 416 Cinnabar Road is closed due to erosion. Cooke City and Silver Gate are open via Chief Joseph Highway and all other Park County roads are now open to the public.

Despite the recent setbacks at the start of the tourism season, the local shop owners remain optimistic.

“Some shops here are already done for the season, but this town is resilient,” Stoneberger said. “We just want to recover and keep doing what we’re doing and make sure we still have a summer season.”

Second Street in Gardiner is empty as Montana Governor Greg Gianforte and U.S. Senator Steve Daines meet with FEMA, National Park Service and community members in Gardiner during a tour of flood devastation on Friday. 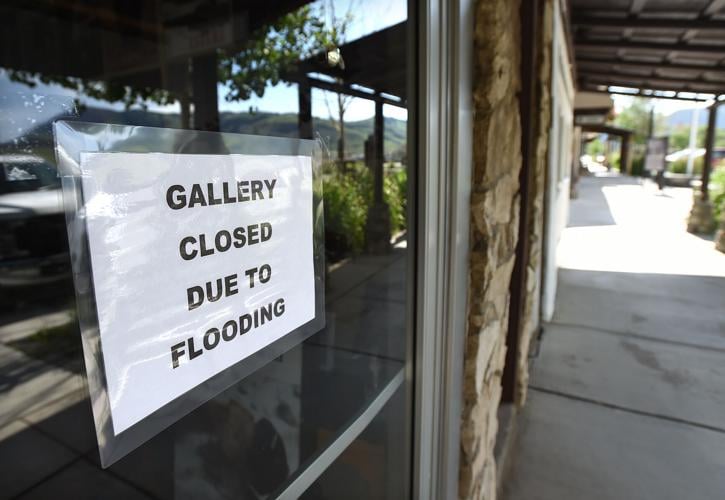 Gardiner businesses have struggled to open as Montana Governor Greg Gianforte and U.S. Senator Steve Daines meet with FEMA, National Park Service and community members during a tour of flood devastation on Friday.