Here's what you should know today: Billionaire Jeff Bezos prepares to take his own Blue Origin rocket into space this morning; Republicans plan to block procedural vote on bipartisan infrastructure bill; and the Milwaukee Bucks eye history in tonight's Game 6 of NBA Finals.

Keep scrolling for today's top stories, this date in history and celebrity birthdays.

Bezos riding own rocket on company's 1st flight with people

VAN HORN, Texas (AP) — Jeff Bezos is about to soar on his space travel company’s first flight with people on board.

The founder of Blue Origin as well as Amazon on Tuesday will become the second billionaire to ride his own rocket. He’ll launch from West Texas with his brother, an 18-year-old from the Netherlands and an 82-year-old female aviation pioneer from Texas — the youngest and oldest to ever hurtle off the planet.

Blue Origin's New Shepard rocket is set to blast off with its eclectic group of passengers on the 52nd anniversary of the Apollo 11 moon landing.

WASHINGTON (AP) — President Joe Biden said his infrastructure and families agenda must be passed to sustain the economic momentum of his first six months in office, aiming to set the tone for a crucial week of congressional negotiations on the two bills.

But a Wednesday deadline set by Senate Majority Leader Chuck Schumer on the bipartisan infrastructure bill was in doubt as Republicans signaled they would block a procedural vote, for now, while details are still being worked out. Senators are wrangling over how to pay for the new spending in the $1 trillion package of highway, water system and other public works projects.

At the same time, Democrats are developing the particulars of a separate bill that would invest a stunning $3.5 trillion nationwide across Americans' lives — with support for families, education, climate resiliency and other priorities that they aim to ultimately pass with solely Democratic support.

MILWAUKEE (AP) — High atop the outside of Fiserv Forum — way above even a leaping Giannis Antetokounmpo's reach — blares the Bucks' postseason motto.

“HISTORY IN THE MAKING” it reads, a sign and a situation that's now impossible to ignore.

And yet, that's exactly what the Bucks are trying to do.

They can indeed make history Tuesday night as Milwaukee's first NBA champion since 1971. But the Bucks have to resist thinking about what happens if they beat the Phoenix Suns in Game 6.

Click on the links below for full version of today's top stories. Keep scrolling for a look back at this day in history and today's celebrity birthdays:

Jeff Bezos blasts into space on own rocket: 'Best day ever!'

VAN HORN, Texas (AP) — Jeff Bezos blasted into space Tuesday on his rocket company’s first flight with people on board, becoming the second billionaire in just over a week to ride his own spacecraft.

WASHINGTON (AP) — The bipartisan infrastructure deal senators brokered with President Joe Biden is hanging precariously ahead of a crucial Wednesday test vote as they struggle over how to pay for nearly $1 trillion in public works spending.

MILWAUKEE (AP) — High atop the outside of Fiserv Forum — way above even a leaping Giannis Antetokounmpo's reach — blares the Bucks' postseason motto.

WASHINGTON (AP) — House Republican leader Kevin McCarthy has picked five Republicans to sit on the new select committee to investigate the Jan. 6 insurrection at the Capitol, signaling that Republicans will participate in the investigation that they have staunchly opposed.

WASHINGTON (AP) — A police official who has run large departments in Maryland and Virginia has been selected as chief of the U.S. Capitol Police in the aftermath of the Jan. 6 insurrection, in which pro-Trump rioters stormed the building in a violent rage, disrupting the certification of Joe Biden's presidential win.

WASHINGTON (AP) — President Joe Biden on Monday ordered the State Department to create a working group to review U.S. remittance policy to ensure that money that Cuban Americans send home makes it directly into the hands of their families without the regime taking a cut.

BEIJING (AP) — China on Tuesday rejected an accusation by Washington and its Western allies that Beijing is to blame for a hack of the Microsoft Exchange email system and complained Chinese entities are victims of damaging U.S. cyberattacks.

WASHINGTON (AP) — President Joe Biden praised King Abdullah II of Jordan as a stalwart ally in a “tough neighborhood” as the two leaders huddled at the White House on Monday, a meeting that came at a pivotal moment for both leaders in the Middle East.

OCEAN CITY, N.J. (AP) — The 18-year old pilot of a banner plane made an emergency landing Monday on a bridge in southern New Jersey, snarling traffic but causing no injuries, authorities said.

Olympics finally to start, 1 year later and far from Tokyo

FUKUSHIMA, Japan (AP) — Skippy the yellow kangaroo with green paws was affixed to the first base dugout railing, watching the Australia Spirit…

'Without Me' singer Halsey announces birth of first child

Halsey has something new to sing about: motherhood.

Top pics from the weekend: Tour de France and more

In 1980, Tom Watson wins the British Open by four strokes over Lee Trevino. See more sports moments from this date:

Here's what to know about COVID-19 "breakthrough" cases. Should Americans be concerned? What are health experts watching for?

A couple whose gender reveal ceremony sparked a California wildfire that killed a firefighter last year were charged with involuntary manslaughter.

House Speaker Nancy Pelosi is rejecting two Republicans tapped to sit on a committee investigating the Jan. 6 Capitol insurrection, citing the "integrity" of the probe.

US vaccinations rising again as official declares: 'The fourth surge is real.'

Vaccination rates are rising in some states where new COVID-19 cases are soaring. Get the latest on the delta variant, rare "breakthrough" cases, and find answers to 5 key questions about the persisting pandemic.

A new poll underscores challenges facing health officials amid soaring infections in some states: 45% of unvaccinated Americans say they definitely won't get shots. Plus, get the latest data and updates on a persisting pandemic.

The seemingly endless streak of skyrocketing used-vehicle prices appears to be coming to a close. Here's the latest on inflation worries in the U.S.

New mystery: Ransomware victim got key to unlock networks, but from where?

The company Kaseya would not say Thursday how the key was obtained or whether a ransom was paid. A spokeswoman said only that it came from a “trusted third party.” More than 1,000 businesses and public organizations were crippled in the global incident. 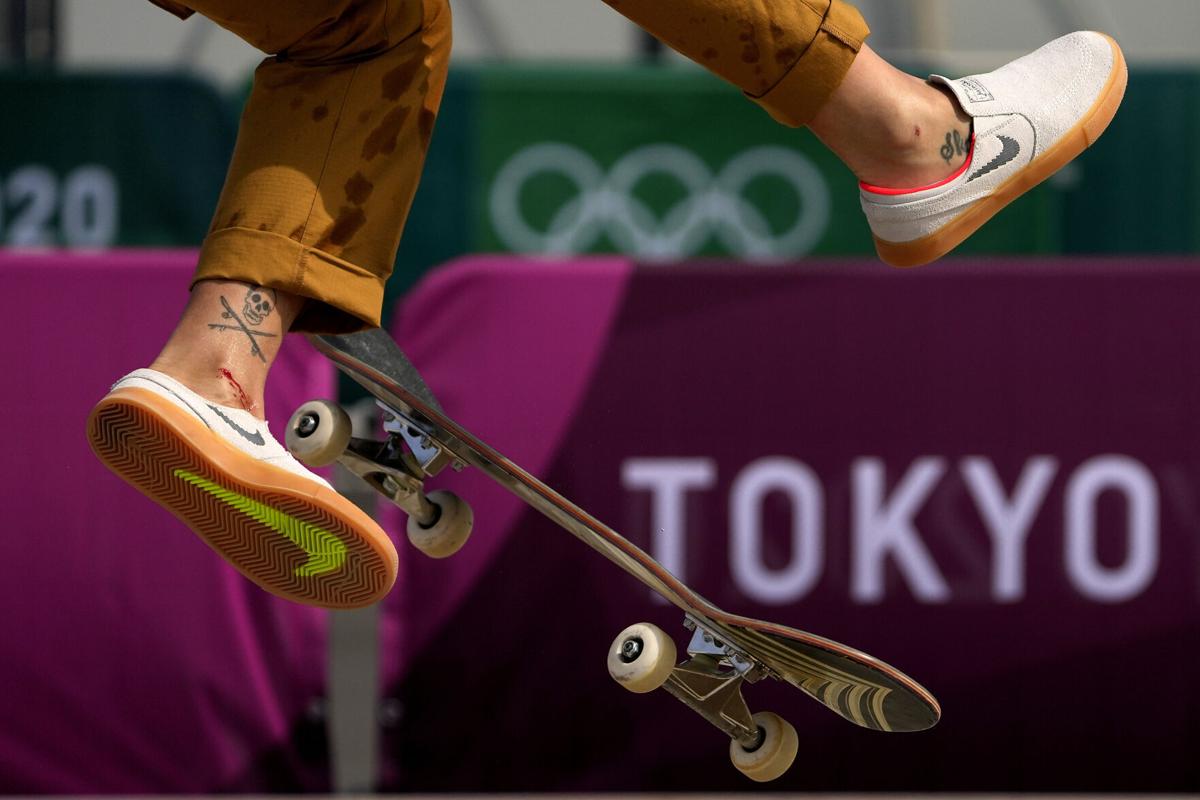 Leticia Bufoni, of Brazil, practices for the skateboarding competition in the 2020 Summer Olympics, Tuesday, July 20, 2021, at the Ariake Urban Sports Park in Tokyo. 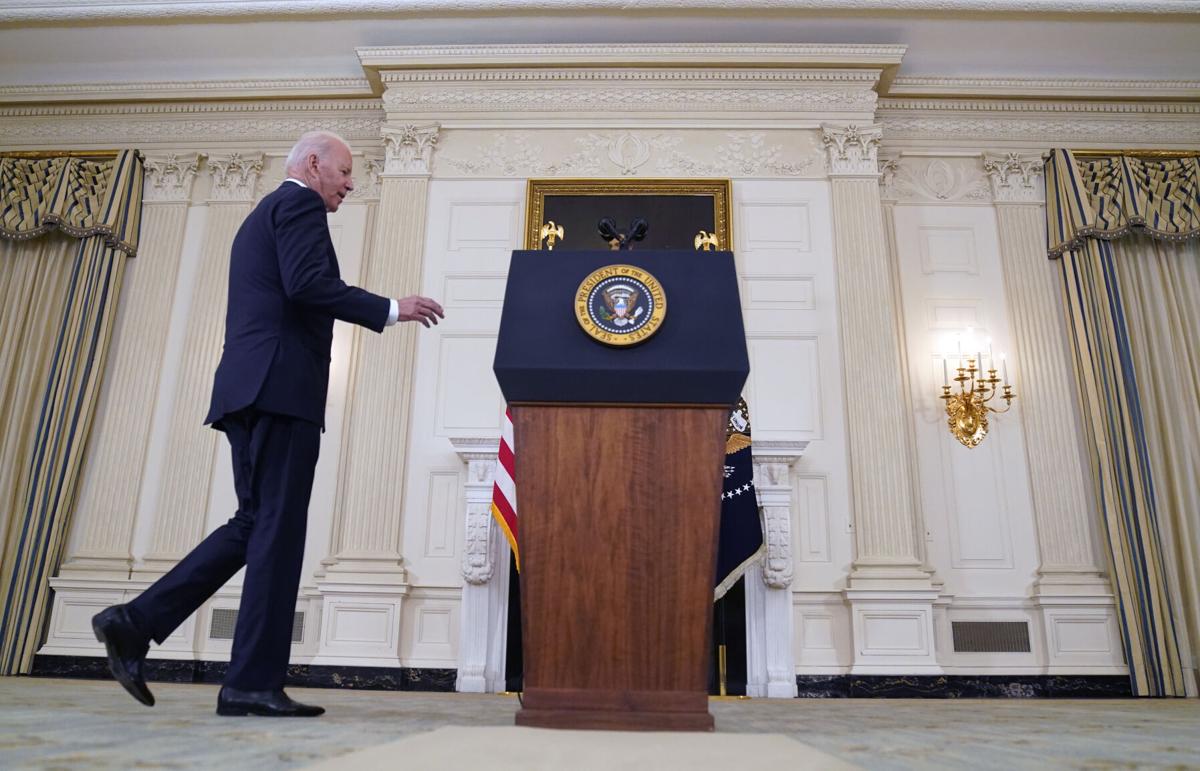 President Joe Biden speaks about the economy and his infrastructure agenda in the State Dining Room of the White House, in Washington, Monday, July 19th, 2021. 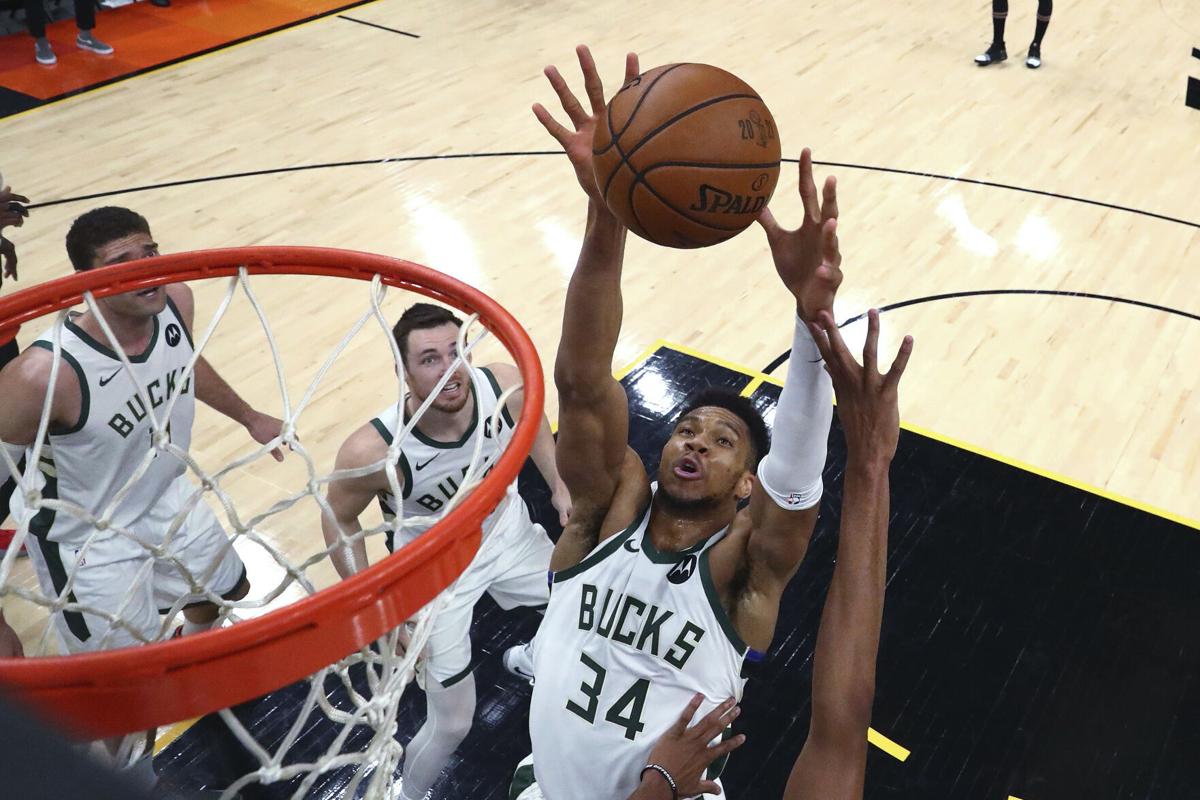 Milwaukee Bucks forward Giannis Antetokounmpo (34) reaches for the ball during the first half against the Phoenix Suns in Game 5 of basketball's NBA Finals, Saturday, July 17, 2021, in Phoenix. 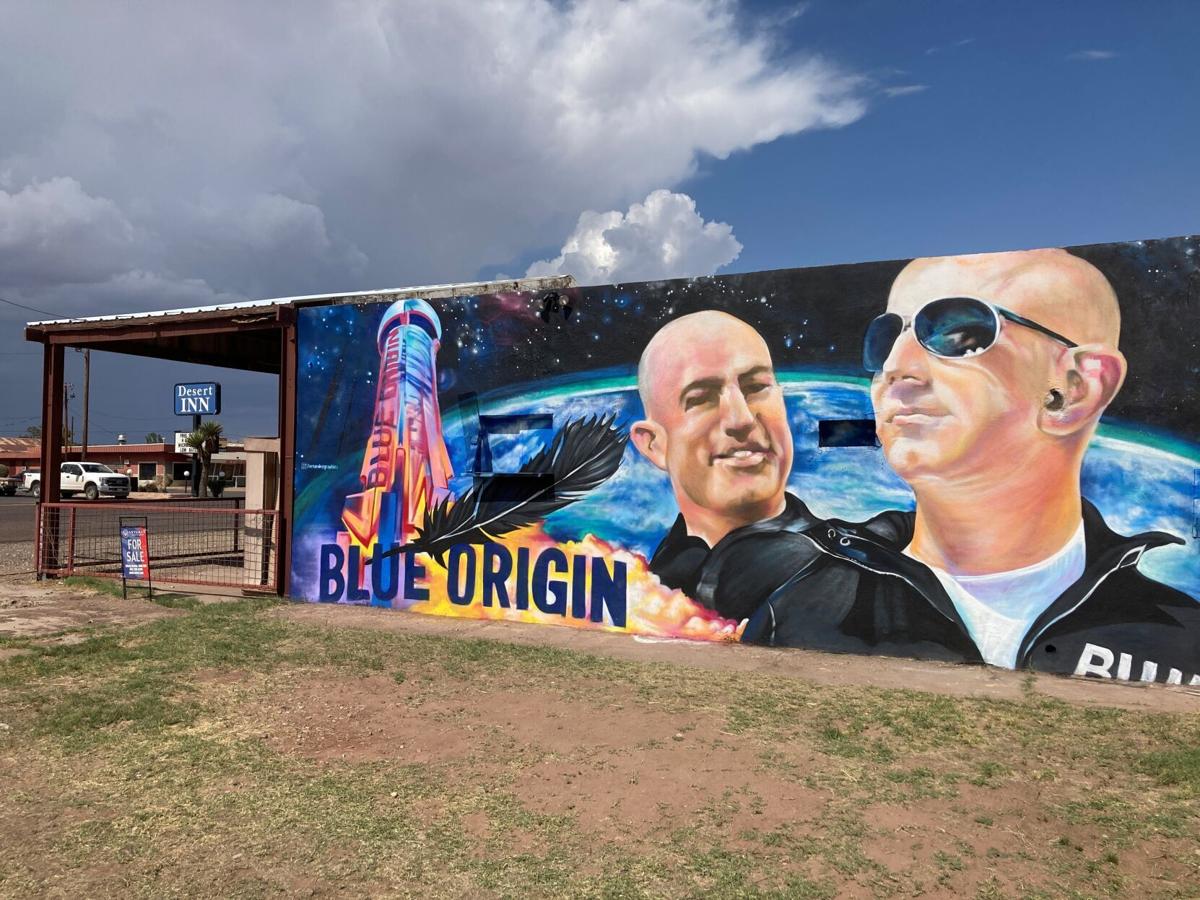 The side of a building in Van Horn, Texas, is adorned with a mural of Blue Origin founder Jeff Bezos on Saturday, July 17, 2021, just days before Bezos plans to launch into space from the Blue Origin spaceport about 25 miles outside of the West Texas town.