These headlines are in the news this morning: President Biden will sign an executive order raising the minimum wage for federal contract workers to $15; an attorney says police bodycam video shows a Black man was shot in the back of his head by N.C. deputies; and California's recall gets the required number of signatures to move forward.

Read on for these stories, other top headlines, celebrity birthdays and more.

WASHINGTON (AP) — President Joe Biden is set to sign an executive order to increase the minimum wage to $15 an hour for federal contractors, providing a pay bump to hundreds of thousands of workers.

Biden administration officials said the higher wages would lead to greater worker productivity, offsetting any additional costs to taxpayers. The officials spoke on the condition of anonymity to discuss private conversations ahead of Tuesday's signing.

The officials could not provide an exact figure on how many workers for federal contractors would receive a raise, only that it would be hundreds of thousands. Read more:

Attorney: Black man killed by deputies shot in back of head

ELIZABETH CITY, N.C. (AP) — A Black man killed by deputies in North Carolina was shot in the back of the head and had his hands on his car steering wheel when they opened fire, attorneys for his family said Monday after relatives viewed body camera footage.

The account was the first description of the shooting of Andrew Brown Jr., who was killed by deputies serving drug-related search and arrest warrants. His death last Wednesday led to nightly protests and demands for justice in the town of Elizabeth City. Authorities have released few details, and the video has not been made public.

Attorney Chantel Cherry-Lassiter watched a 20-second portion of body camera video with Brown's family. Lassiter said Brown did not appear to be a threat to officers as he backed his vehicle out of his driveway and tried to drive away from deputies with guns drawn. Read more:

Attorney: Black man killed by deputies shot in back of head

“The people of California have done what the politicians thought would be impossible," said Orrin Heatlie, the retired county sheriff's sergeant who launched the recall effort last year. “Our work is just beginning. Now the real campaign is about to commence." Read more:

Click on the links below for full versions of these stories and scroll further for a look at today in history and celebrity birthdays.

Some top headlines this morning: April 27

US marks slowest population growth since the Depression

WASHINGTON (AP) — U.S. population growth has slowed to the lowest rate since the Great Depression, the Census Bureau said Monday, as Americans continued their march to the South and West and one-time engines of growth, New York and California, lost political influence.

WASHINGTON (AP) — The Justice Department is opening a sweeping probe into policing in Louisville, Kentucky, over the March 2020 death of Breonna Taylor, who was shot to death by police during a raid at her home, Attorney General Merrick Garland announced Monday.

BIRMINGHAM, Ala. (AP) — With lowered flags and somber ceremonies, Alabama paused Tuesday to mark the 10th anniversary of a horrific tornado outbreak that killed more than 250 people statewide, caused billions in damage and reshaped entire communities.

DALLAS (AP) — A panel of three Texas appeals court judges appeared skeptical Tuesday of arguments to overturn the conviction of a former Dallas police officer who was sentenced to prison for fatally shooting her neighbor in his home.

CAPE CANAVERAL, Fla. (AP) — The astronauts flying SpaceX back to Earth this weekend urged boaters to stay safe by staying away from their capsule's splashdown in the Gulf of Mexico.

Top pics from the weekend: Academy Awards and more

In 1978, 51 construction workers plunged to their deaths when a scaffold inside a cooling tower at the Pleasants Power Station site in West Vi…

In 1956, Rocky Marciano retires as the undefeated heavyweight boxing champion. He finished with a 49-0 record, including six title defenses an…

A man opened fire at a birthday party in Colorado, killing six people before killing himself.

Epic shortage of lumber is causing new home prices, renovation costs to soar. When will it end?

Will rising lumber prices come back down? Here's what to expect.

A cybersecurity attack forced a U.S. company that operates a major energy pipeline to temporarily halt all pipeline operations.

The owner of a California bar was arrested on suspicion of selling made-to-order fake COVID-19 vaccination cards to several undercover state agents.

At least 15 people were killed and 30 more injured in mass shootings since Friday night.

Peloton is recalling its treadmills after one child died and 29 other children suffered from cuts, broken bones and other injuries from being pulled under the rear of the treadmill.

Jerusalem on brink of eruption as clashes escalate; McCarthy says Cheney's ouster is near; deadly birthday party shooting in Colorado. Get caught up. 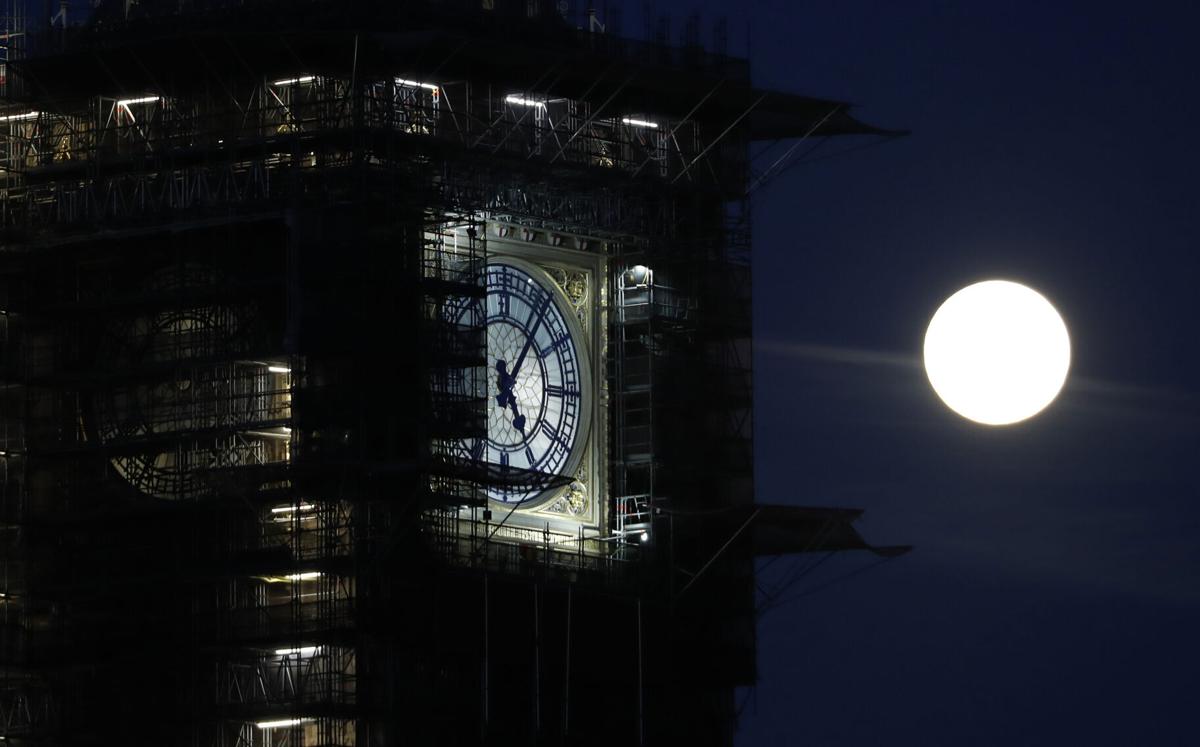 The full moon sets over the past the clock face of the Queen Elizabeth Tower, part of the Houses of Parliament, which holds the bell known as Big Ben in London, Tuesday, April 27, 2021. This moon is a supermoon, meaning it appears larger than an average full moon because it is nearer the closest point of its orbit to Earth. 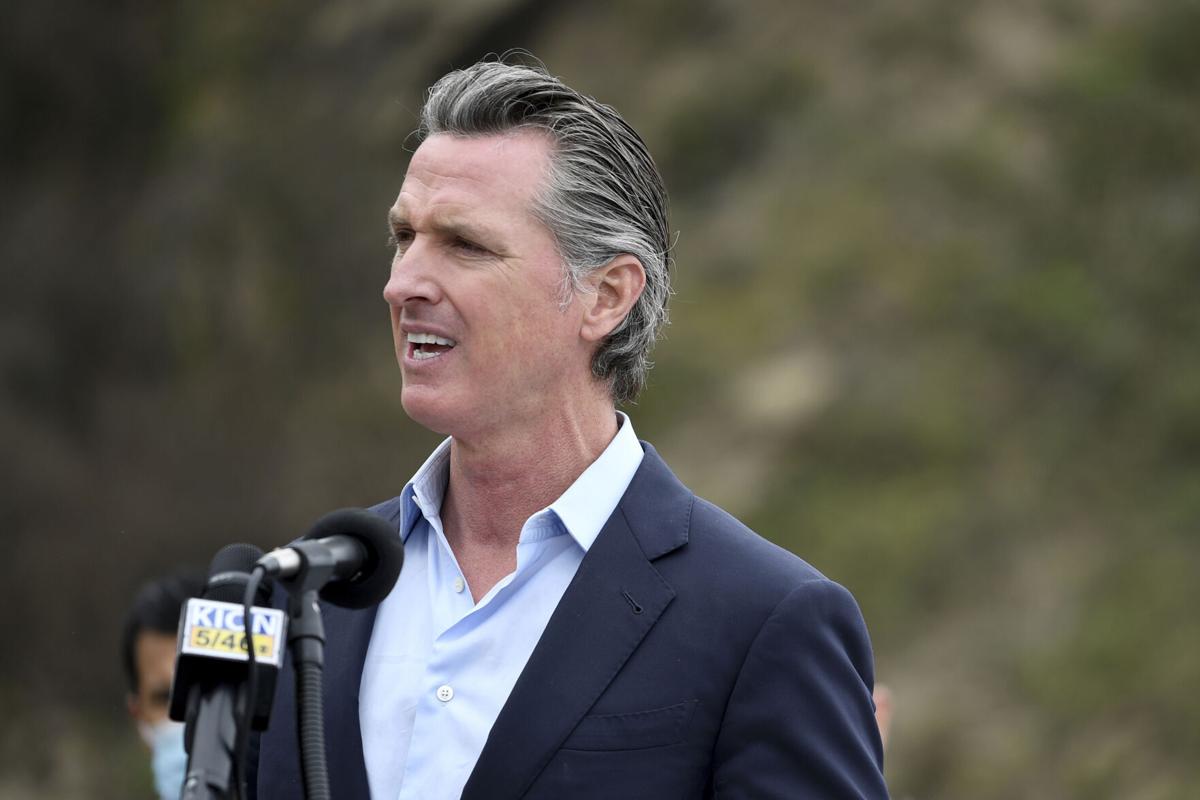 In this April 23, 2021, file photo, California Gov. Gavin Newsom speaks during a press conference about the newly reopened Highway 1 at Rat Creek near Big Sur, Calif. 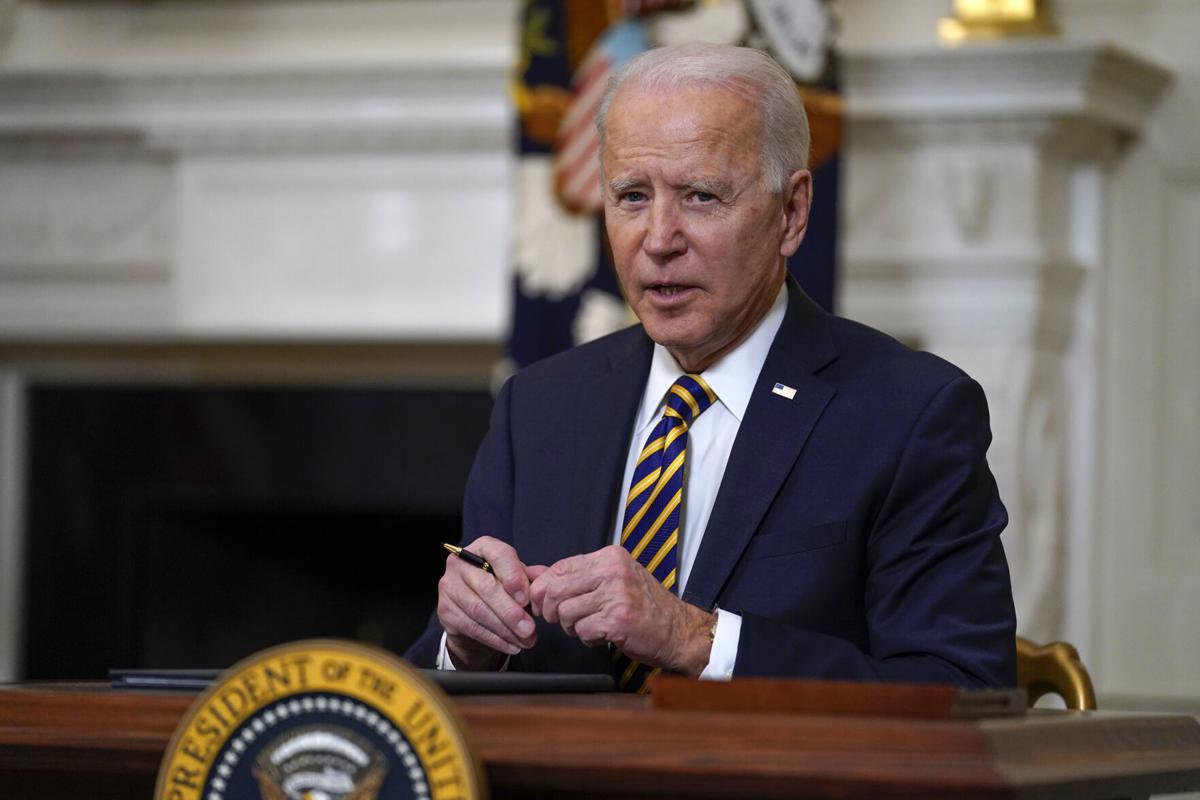