When eight girls from the Tallapoosa County Girls Ranch were killed in a crash in Alabama Saturday, they were taken from the sense of family and community many of them had long been searching for.

The ranch provides a home for neglected or abused school-aged children, according to the Alabama Sheriffs Youth Ranches, the nonprofit that manages the Tallapoosa County Girls Ranch and others across the state.

The children, ranging in age from 4 to 17, were on their way back from a beach vacation with the director of ranch life when their van became enmeshed in a pileup that involved at least 17 vehicles, some of which caught fire. The accident happened on I-65 northbound as then-Tropical Storm Claudette dumped heavy rain across the Southeast.

The director of ranch life, who had been driving the van, was unconscious and trapped when other motorists pulled her out, Smith said. The children, including two of the director's, could not be saved.

The director is in serious, but stable, condition, Smith said. When Smith visited her at the hospital over the weekend and mentioned he was going to the ranch, he said she asked him to "please tell my girls, I love them."

One of the girls at the ranch told a counselor the loss is adds more trauma on top of all she has already experienced.

A community shows up to support one another

Smith visited the crash site Saturday and said it was unlike anything he'd ever seen. The damage was so extensive that he didn't recognize his own ranch van.

And now he and his team must prepare for eight funerals, an emotional blow that has struck not just the ranch but the whole community.

The ranch is run mainly through donations, so a GoFundMe has been set up to help with funeral expenses, medical costs and counseling, according to the page's organizer.

People gathered at Reeltown High School in the east central Alabama town of Notasulga on Sunday afternoon to offer support and counseling to the families of some of those killed in the accident.

Principal Clifton Maddox told CNN four students from his high school were killed in the crash.

Maddox said people gathered to "show families and students that they are not hurting alone."

The mood in the high school gym — now a makeshift counseling center — was heavy, with several people crying and many looking shell-shocked from the news.

An emergency management employee and his daughter are among the victims

Cody Fox, 29, of New Hope, Tennessee, and his 9-month-old daughter were identified in a press release issued by the Alabama Law Enforcement Agency on Sunday night as the other two people who died in the crash.

Fox was a member of the emergency management agency in Marion County, Tennessee.

"Cody was an integral part of the EMA staff in Marion County, always ready, always willing to serve," a posting on the agency's Facebook page said. "His upbeat attitude, his willingness to learn, and without a doubt the politest young man I have ever known, will be greatly missed. I offer my deepest prayers for his parents and family."

The Alabama Law Enforcement Agency has asked members of the public who may have photos or videos of the accident to submit them to law enforcement.

The National Transportation Safety Board announced Sunday afternoon it was sending a team of 10 investigators to the scene of the accident, describing it as a "multi-vehicle crash."

The "NTSB investigation will focus on vehicle technologies such as forward collision warning systems, CMV fuel tank integrity, motor carrier operations and occupant survivability," the agency said in a statement. NTSB investigators will be working in coordination with the Alabama Highway Patrol.

A new poll underscores challenges facing health officials amid soaring infections in some states: 45% of unvaccinated Americans say they definitely won't get shots. Plus, get the latest data and updates on a persisting pandemic.

Cleveland's baseball team will change name from Indians to Guardians

Known as the Indians since 1915, Cleveland's Major League Baseball team will be called Guardians, the club announced Friday.

The Olympic Games have begun in Tokyo, a year delayed and under the darkening shadow of a resurgent pandemic. Full coverage here, plus other morning headlines.

US Senate GOP: Deal reached, ready to move ahead on infrastructure bill 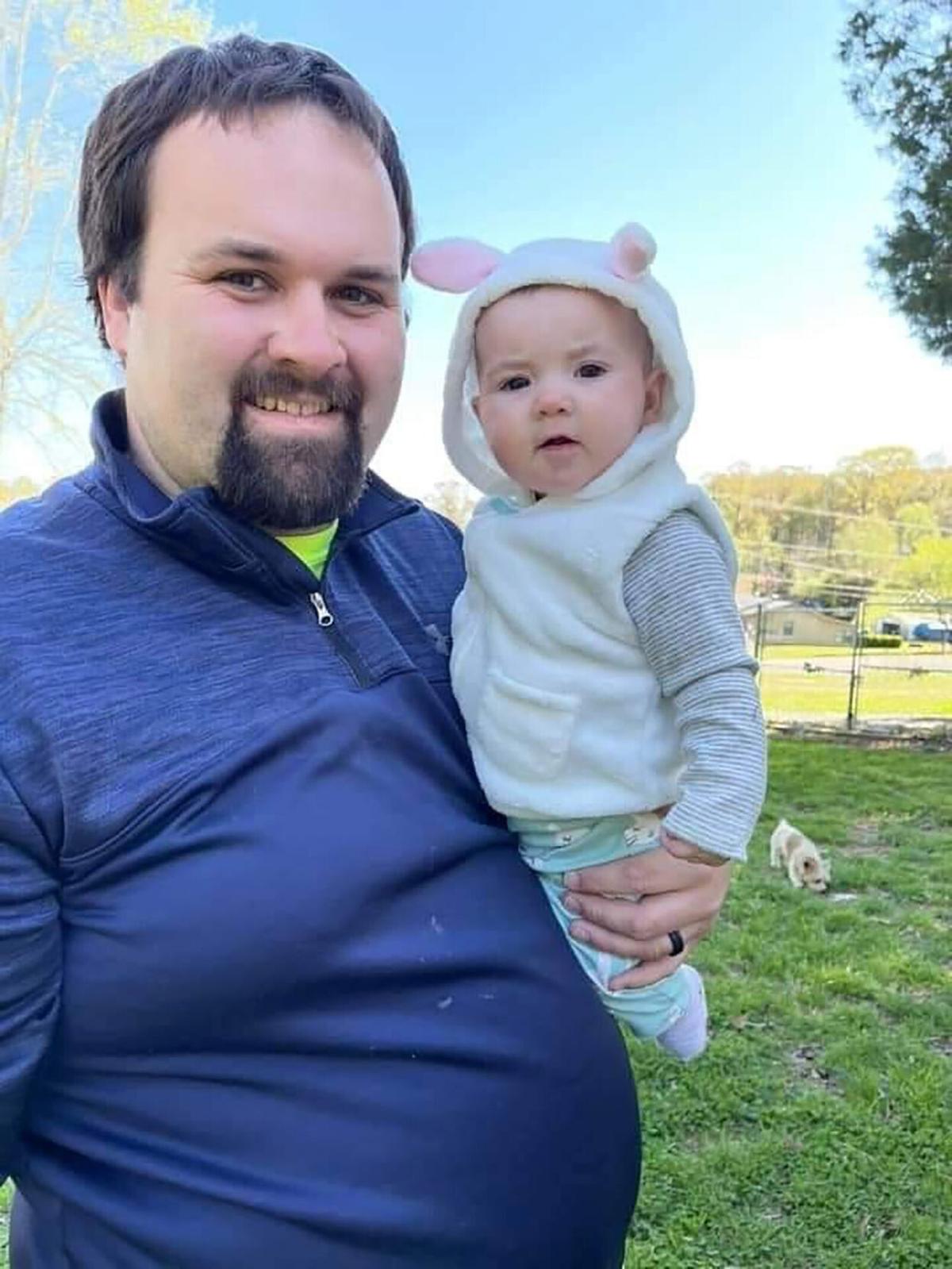 Cody Fox and his daughter are pictured. When eight girls from the Tallapoosa County Girls Ranch were killed in a crash in Alabama, they were taken from the sense of family and community many of them had long been searching for. 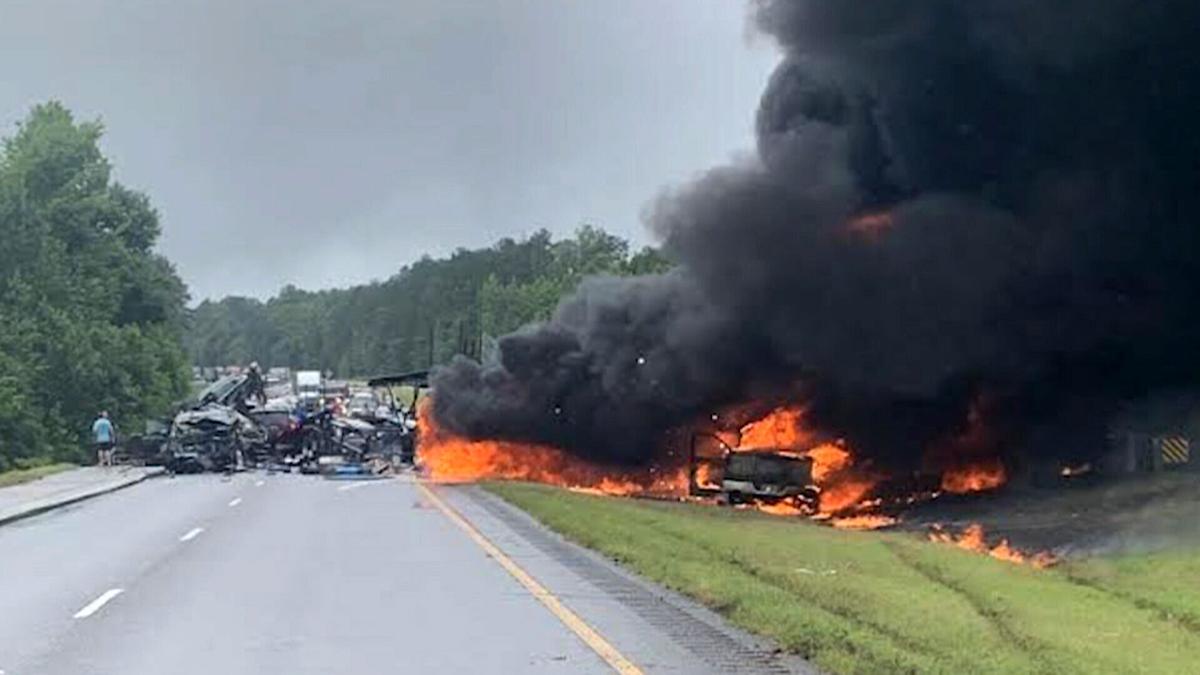 Ten people died in a multi-vehicle crash in Butler County, Alabama on June 19.