A former Skyview High School student has filed a federal lawsuit against School District 2 claiming officials failed to stop the harassment she was receiving from a fellow student and his friends.

The girl had been sexually assaulted and raped by the student, Brayden Jaymes Pond, who later pleaded guilty to rape charges involving several girls. The girl claims in the suit that Pond and his friends “bullied, harassed, and intimidated” her daily for two years.

At one point, the victim found a severed rat head pinned with a stake to her car door handle. 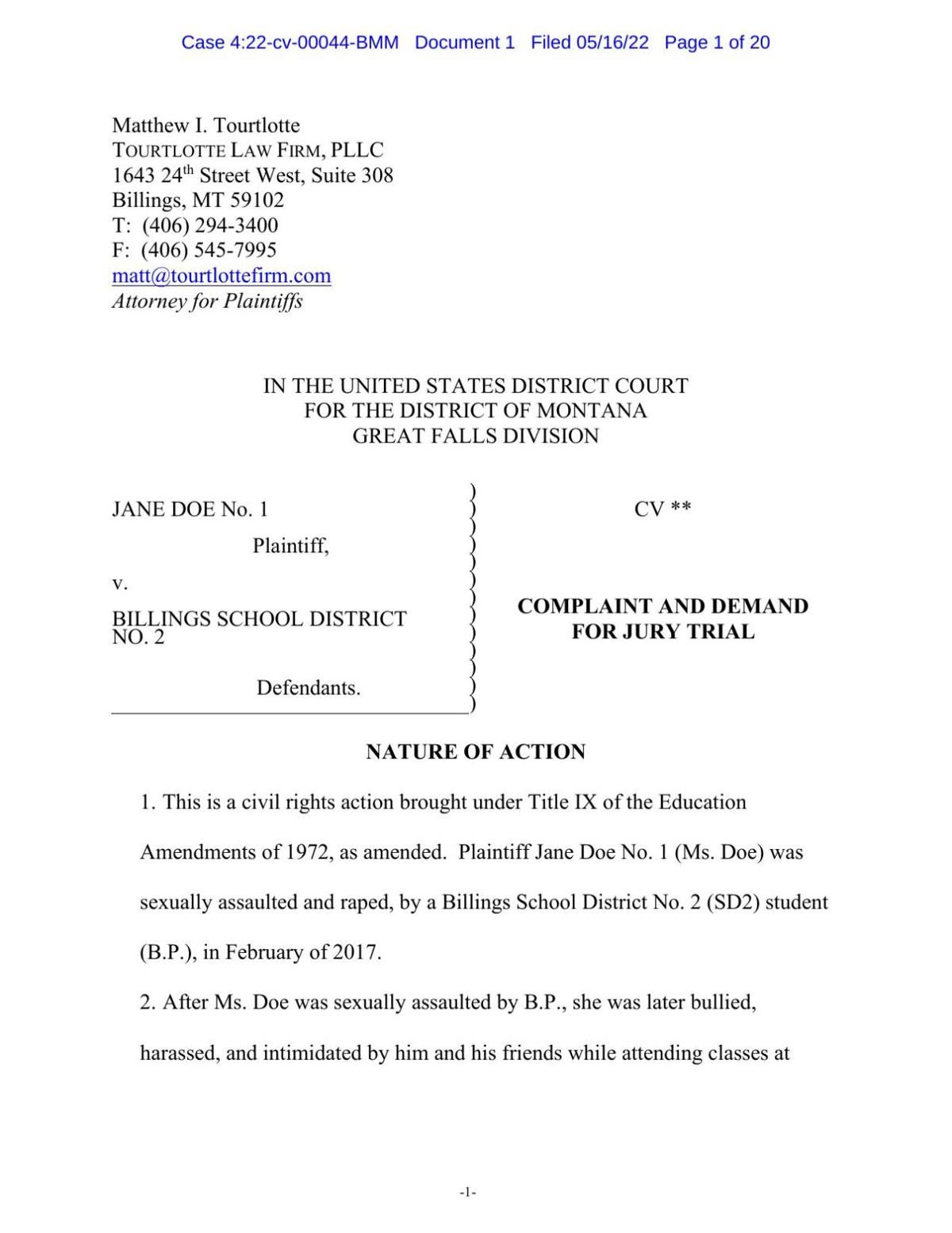 During some of that period of harassment, school officials knew of the allegations against Pond, and had been told by the girl she was being tormented by the group, the suit alleged.

The suit was filed in federal court after it was determined the nature of the case violated federal sexual discrimination laws under Title IX of the Education Amendments of 1972.

Pond, who is not named as a defendant in the suit, was sentenced to 15 years with the Department of Corrections last year after pleading guilty to raping two classmates while attending Skyview. The Billings Gazette does not generally identify victims of sexual assault.

The suit states Pond and his friends repeatedly sexually harassed, bullied and intimidated the victim, referred to in the suit as Jane Doe, for months at school after he had raped her in February 2017, according to the filing. The harassment would continue with Pond and others yelling insults at the victim suggesting she wanted to be sexually assaulted. Much of the gender-based harassment was witnessed by Skyview teachers, counselors, resource officers and administrators, the suit claims.

The victim reported the abuse to her school counselor who took no steps in protecting her from her harassers, the suit alleged. She said the repeated attacks and the lack of action overwhelmed her with anxiety, fear, humiliation, emotional distress and depression.

The plaintiff alleges that after later writing out a complaint slip to the school dean, he allegedly responded by speaking with the harassers but took no substantive actions. Over the next two years, the harassment would continue and the victim experienced increased depression, anxiety and emotional distress that resulted in her grades declining and her isolating herself from classmates.

It was only when she told her mother she was raped that together they met with the school administration. Rather than remove Pond and his friends from the classes they shared with the victim, they moved the victim, the suit stated. Pond and the other harassers were allowed to continue their regular class schedule, the suit alleged.

“In taking this course of action, SD2 caused disruption, unwanted attention, embarrassment, ridicule, humiliation, and other emotional distress to Ms. Doe by removing her from her regular classes,” the suit reads.

With the harassment continuing, the victim's mother petitioned the Justice Court for a temporary restraining order against the harassers and personally delivered it to both SD2 and the Skyview administration office. When the order was converted to a permanent restraining order, both the district and school assured the mother they were made aware of it.

In March 2018, the Yellowstone County Attorney’s Office filed numerous felony rape charges against Pond. SD2 neglected to appropriately acknowledge or respond to the rape charges filed and did nothing to enforce the protective order that had been filed with Skyview, the court filing alleged.

Following the charges, the victim was placed in a biology class with one of the specified harassers who would go on to direct demeaning comments and derogatory slurs during class before getting removed by the teacher.

Skyview’s school resource officer investigated a complaint by the victim that a rat head had been left on her car door. The SRO confirmed that the act of intimidation had been perpetrated by one of her specified harassers by reviewing camera footage. SD2 performed their own investigation and administered a three-day, in-school suspension to the student for the threat, filings alleged.

In August 2018, the victim dropped out of school upon learning that Pond would be allowed to both enroll in fall classes at Skyview and play for the  football team. Her mother contacted the dean asking how she could attend school without risk of further harassment, harm or injury. She never received a response, the suit stated.

In September 2018, SD2 Superintendent Greg Upham sent a letter to the mother stating that based on what he learned, her daughter “may have been a victim of sexual assault.”

Upham did not respond to the Gazette’s request for comment by deadline.

After being charged with multiple rapes, Pond attended both Skyview and Billings Senior high schools before being removed and educated in an alternative placement. He was able to graduate with his class while the victim felt she couldn’t, the suit said.

A court hearing for the suit is scheduled next month. Since the filing, the victim's attorney Matthew Tourtlotte said he has tried but failed to work out a resolution with SD2's attorneys.

“[We’re looking for] some accountability from School District 2,” Tourtlotte said. “And we aren't any closer to getting that at this time.”

Billings teen facing 5 rape charges to be tried as adult

Trial in the case of a 17-year-old accused of raping five other teens will be set for January 2020 at the earliest.

Another nursing home in the state announced a voluntary closure, bringing the total to eight skilled nursing facilities that shut their doors this year.

The bonds would have funded the construction of a new standalone school for the districts’ 7-12 grade students, a larger playground and improved security.

Upham has overseen the district since May 2018 and was slated to remain the district’s Superintendent up through 2024. 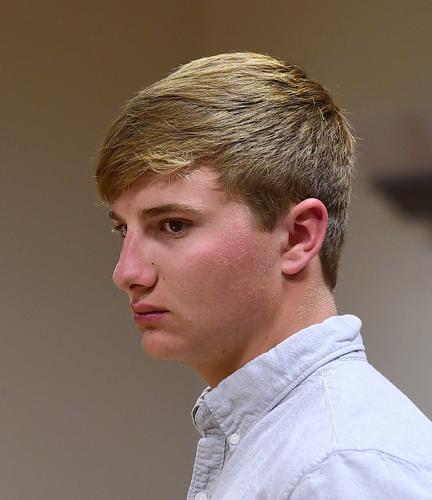 Brayden Jaymes Pond, 17, apears in court on Tuedsay. Pond is accused in court documents of assaulting five girls between 2016 and 2017. 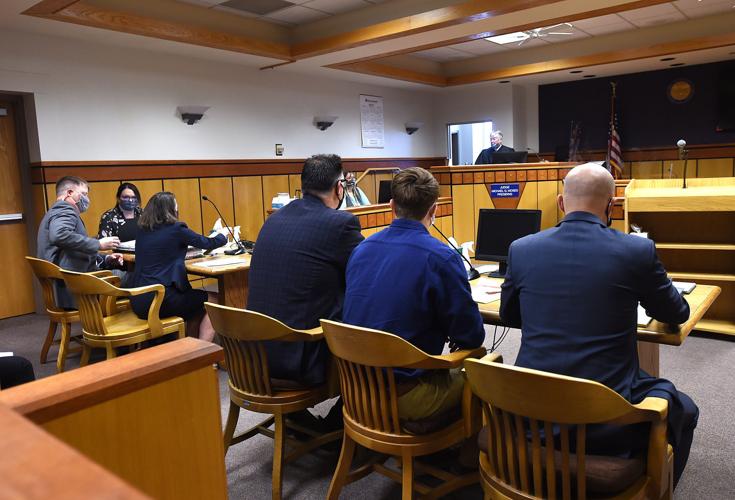 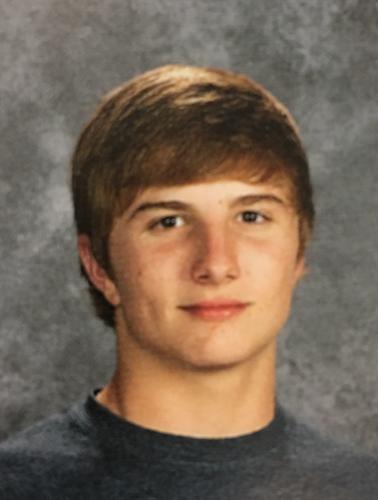