U.S. Rep. Matt Rosendale took an early lead in Montana’s Eastern U.S. House District, where the Republican has been heavily favored to win.

The 41 counties of the Montana U.S. District 2 have in the past collectively delivered 60% of the vote in congressional elections to the Republican candidate, including Rosendale in 2020 when the state had just one at-large House district. There is no Democratic committee structure in 21 of those 41 counties.

Democrats have invested very little in the eastern district. Ronning’s total fundraising for the election through Oct. 19 amounted to $157,365, less than a third of what Buchanan raised.

Consequently, Rosendale rarely debated his opponents, or ran ads on radio or television. He stuck primarily with conservative AM talk radio and rightwing cable news appealing to his base supporters.

Voters were more exposed to Ronning and Buchanan, who debated frequently without Rosendale and took risks, namely by not screening the voters with which they met, manning card tables at county fairs and taking the questions from all-comers. Rankin was less visible.

Buchanan, a career financial adviser and long-time public servant, entered the race late, prompted, he has said, by his disgust with Rosendale being one of three House members to vote against supporting Ukraine after the Russian invasion. That Montana’s only vote in the U.S. House would go against a democracy being sacked by the Russian Federation was embarrassing, he said. Buchanan was already frustrated that Rosendale introduced a bill to deny Ukraine aid unless the United States first built a steel wall, 30-feet-tall, along the U.S. border with Mexico.

To run as an Independent, Buchanan needed to gather signatures from at least 8,700 voters. He produced 13,000, officially becoming a candidate in late June. He also received endorsements from key Republicans and Democrats, including former GOP Gov. Marc Racicot and former legislator Dorothy Bradley. Racicot told voters the Republicans had become too extreme and that an independent like Buchanan was an alternative.

Ronning entered the race in late 2021. She had been a member of the Billings City Council and opted not to seek reelection. She has campaigned for U.S. House as a centrist, the daughter of a Republican father and Democratic mother.

Ronning made a name for herself as an organizer against human trafficking. In 2016, she formed the Yellowstone County Area Human Trafficking Task Force with Stephanie Baucus, focusing on massage parlors.

Rosendale’s franked material, including $61,408 in Facebook ads since taking office, does not cross the line into campaigning.

Pro gun, anti tax. The candidate who takes those positions in a Montana election, usually avoids a lot of criticism, but not this year. 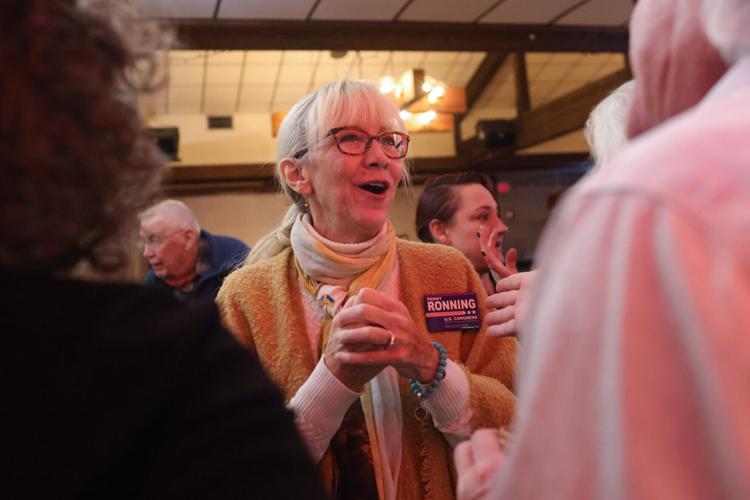 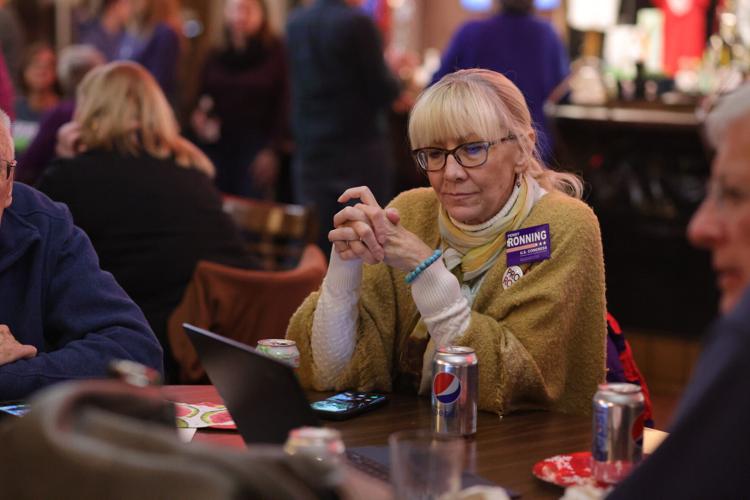 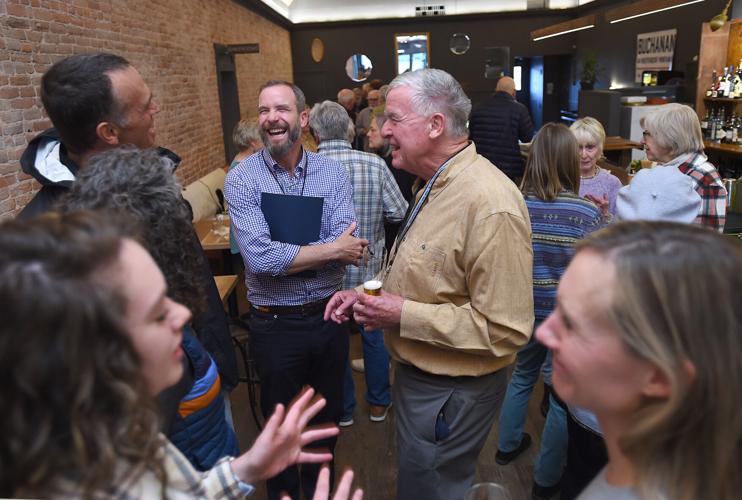 Gary Buchanan, center, in tan shirt, greets people arriving at the One Legged Magpie in Red Lodge on April 27.