An ordinary hill along the east side of Montana’s Rocky Mountain Front has once again produced extraordinary fossils.

Gopher-like mammals found together in what was likely a burrow have been unearthed from Egg Mountain, a famed dinosaur nesting site near Choteau. Details of the newly discovered fossils were recently published in the journal “Nature Ecology & Evolution.”

"These fossils are game changers," said Gregory Wilson Mantilla, professor of biology at the University of Washington, curator of vertebrate paleontology at the Burke Museum of Natural History & Culture in Seattle, and the study's senior author.

The skulls or skeletons of at least 22 individuals were excavated. The fossils were discovered in groups of two to five, according to a Yale press release. “At least 13 of the specimens were in the same rock layer within a 344-square-foot area, a space smaller than an average-sized studio apartment.” This indicates the species may have lived in colonies like prairie dogs.

"It's an exceptional set of fossils — the most complete and well-preserved mammal specimens from the Mesozoic Era ever discovered in North America," said Eric Sargis, professor of anthropology in Yale's Faculty of Arts and Sciences, and a co-author of the study.

Being found clustered together excited the researchers because it shows the animals, named Filikomys primaevus, were living in social groups containing adults and youngsters long before what had been previously recorded.

They tell us that they burrowed and nested together,” Sargis said. “It's multiple mature adults and subadults congregating, which we'd never seen before from this period."

The fossils belong to a group of mammals known as multituberculates.

"Because humans are such social animals, we tend to think that sociality is somehow unique to us, or at least to our close evolutionary relatives, but now we can see that social behavior goes way farther back in the mammalian family tree," said Luke Weaver, the study's lead author and a graduate student in biology at the University of Washington in Seattle. "Multituberculates are one of the most ancient mammal groups, and they've been extinct for 35 million years, yet in the Late Cretaceous they were apparently interacting in groups similar to what you would see in modern-day ground squirrels."

Researchers have described 200 different species of multis so far, ranging from the size of a mouse to as big as a beaver. Despite their resilience through cataclysmic changes, scientists believe they may have gone extinct after being outcompeted by the ancestors of modern rodents.

Although previous multituberculate finds have been small, such as a lower jaw or only a tooth, this assemblage of fossils appears to have been buried in place rather than carried by floodwaters or a river.

"As paleontologists working to reconstruct the biology of mammals from this time period, we're usually stuck staring at individual teeth and maybe a jaw that rolled down a river, but here we have multiple, near complete skulls and skeletons preserved in the exact place where the animals lived,” Mantilla said. “We can now credibly look at how mammals really interacted with dinosaurs and other animals that lived at this time."

In fact, none of the unusual finds at Egg Mountain appear to have been preserved by floods or covered in ash fall, said David Varricchio, a Montana State University professor of paleobiology. Instead it appears the mammals may have died underground and then were buried. Dinosaur egg fossils found on the hill may also have been buried to begin with, aiding in their preservation.

"We have this weird record of buried stuff," he said, which includes burrowing bee and wasp nests across the mountain that argue against a large pulse of sediment.

The fossils also provide the earliest evidence of burrowing behavior in multituberculates, the study stated. The skeletons indicate that F. primaevus could move its shoulders, elbows, and paws similarly to today's burrowing species, such as ground squirrels. The researchers found that its hips and knees had flexibility adapted for maneuvering in tight, confined spaces, such as burrows, rather than running on open ground.

"It was crazy finishing up this paper right as the stay-at-home orders were going into effect — here we all are trying our best to socially distance and isolate, and I'm writing about how mammals were socially interacting way back when dinosaurs were still roaming the Earth," said the University of Washington’s Weaver. "It is really powerful, I think, to see just how deeply rooted social interactions are in mammals.”

When the ancient rodents lived in Montana 75 million years ago, the eastern side of the Rocky Mountains was a flat coastal plain along the edge of the shallow Western Interior Seaway. The seaway split North America in half from the Arctic to the Gulf of Mexico.

Former MSU paleontologist Jack Horner described Egg Mountain in a 2016 story as the “richest dinosaur site in the world.” It was in 1979 that the mountain revealed the first-known dinosaur nesting site, which earned the unassuming hill its name. Varricchio said in the early 1980s evidence of mammals at the site were unearthed, but nothing like the most recent discovery.

"It's easy to redig when you know what's in there," he said. "We were lopping off the mountain in thin layers which kept the fossils more intact."

"We have some other cool stuff coming out of there," he said.

The study's other co-authors include William J. Freimuth of Montana State University, and Meng Chen of Nanjing University and the Nanjing Institute of Geology and Paleontology in China.

The research was funded by the National Science Foundation, Doris O. and Samuel P. Welles Research Fund, the UW and the Burke Museum.

It was Labor Day in 1988 when Tom and Kathy Wankel, ranchers from Angela, Mont., took their kids on a camping trip to Fork Peck, a federal reservoir located on the Missouri River.

A 400-acre wildland fire burning near Big Sky is at 30% containment as officials investigate the fire's cause.

With a lion-like tawny mane and concerned expression, a Chow-looking dog is wandering Laurie Niemi’s neighborhood, and she’s worried.

The fossil skeletons of two dinosaurs intertwined in what looks like a final death match have been donated to a North Carolina museum.

The oldest mammal footprints ever found along a beach — dated to about 58 million years ago — have been identified in south-central Wyoming rock.

A life-like reconstruction imagines Filikomys primaevus. Its powerful shoulders and elbows suggest it was a burrowing mammal.

An artistic reconstruction shows a social group of Filikomys primaevus in a burrow while dinosaurs walk above. 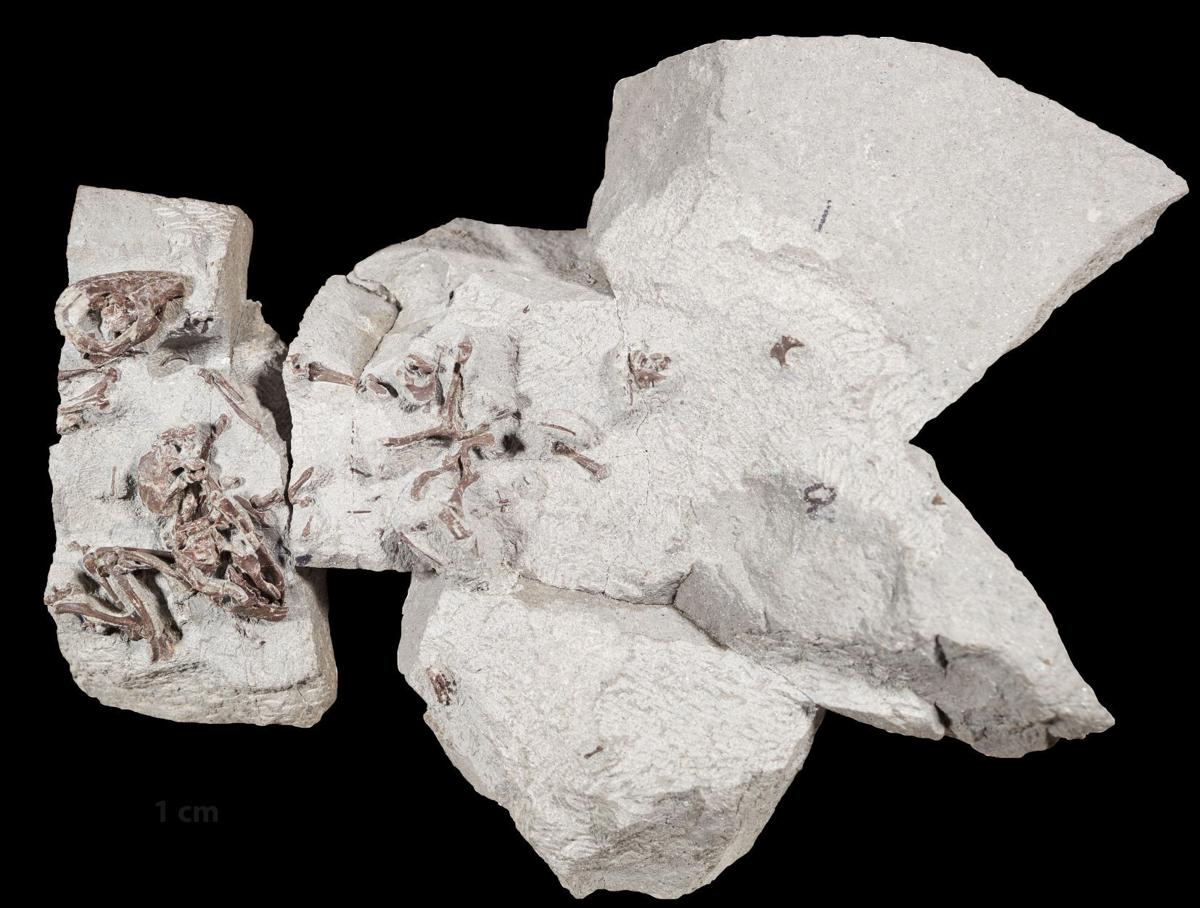 A block of Filikomys primaevus fossils analyzed from the Egg Mountain Formation in western Montana includes skulls and skeletons of two adult and one subadult. 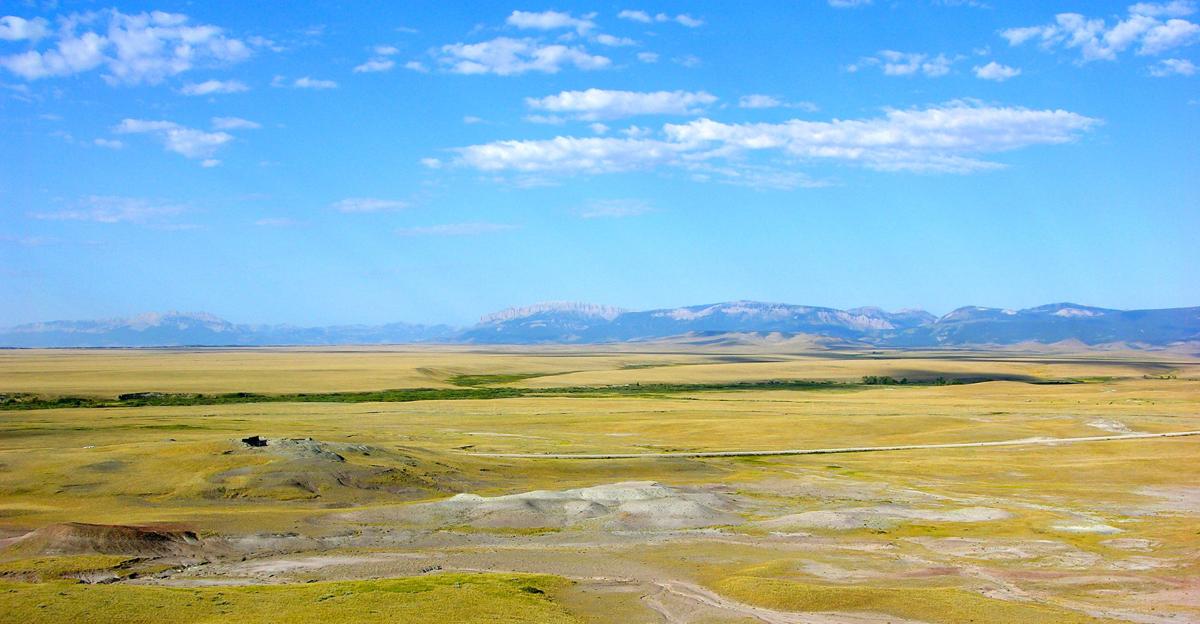 Egg Mountain is unassuming when viewed with the Rocky Mountain Front in the distance, but the hill has revealed a treasure trove of fossils to researchers mining the mound. 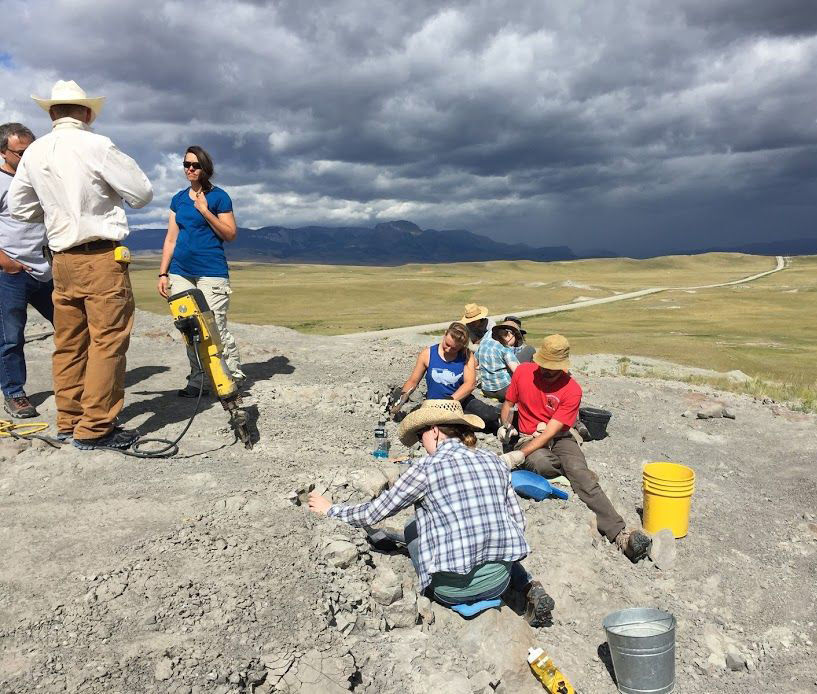 Researchers conduct a dig on Egg Mountain in this undated photo. Since 1979 when fossilized dinosaur eggs were found on the site, the location has produced some amazing discoveries.