About 60% of South Dakota prisoners have contracted COVID-19 since March while active cases at the Rapid City prison increased from 45 on Monday to 183 on Tuesday.

There have been 2,009 coronavirus cases among Department of Corrections inmates since the pandemic began and 241 are active, according to Tuesday data from the DOC. There were 3,347 DOC inmates as of Sept. 30, which means about 60% of prisoners have contracted the virus.

One prisoner has died from the virus but the DOC did not respond to a question asking about that person's identity.

The DOC and Department of Health told the Pierre Capital Journal that federal privacy law prevents them from identifying the prisoner and other details about the death. However, the federal Bureau of Prisons provides detailed timelines and narratives on prisoners who die from the virus.

The increase of cases at the Rapid City Community Work Center helped push the total DOC positivity rate to about 60%.

The Rapid City Community Work Center has a 62% positivity rate with 184 inmates testing positive and 299 testing negative since March.

The Journal spoke with Jesse Feickert and another inmate during separate conversations on Monday afternoon. The Journal confirmed the identity of the second inmate but granted anonymity because he fears retaliation for speaking out.

The increase in cases came after a mass testing event on Monday, Feickert and the other inmate said. Both men tested positive and correctly predicted cases would increase to more than 100 by Tuesday.

The men’s minimum security facility is at 2725 Creek Drive near Cambell Street on the east side of town. The second-floor windows are now boarded up on the inside with a material that looks like plywood.

The windows were covered after two prisoners fled this weekend with one of them escaping by breaking through a window, Feickert and the other inmate said.

The DOC spokesman did not respond to questions about whether an inmate escaped through a window and if the window coverings are permanent or will be replaced with a secure barrier that lets people see outside.

Feickert and the other inmate described a fearful environment where workers share little information with prisoners and are frequently changing which part of the prison is the quarantine unit. That description matches what female prisoners told the Journal in March and September, and what sources told the Argus Leader last week.​

The Rosebud Sioux Tribe council unanimously passed a resolution on Nov. 5 saying that the coronavirus outbreak and living conditions at the women's prison in Pierre are violating inmates' civil and human rights. 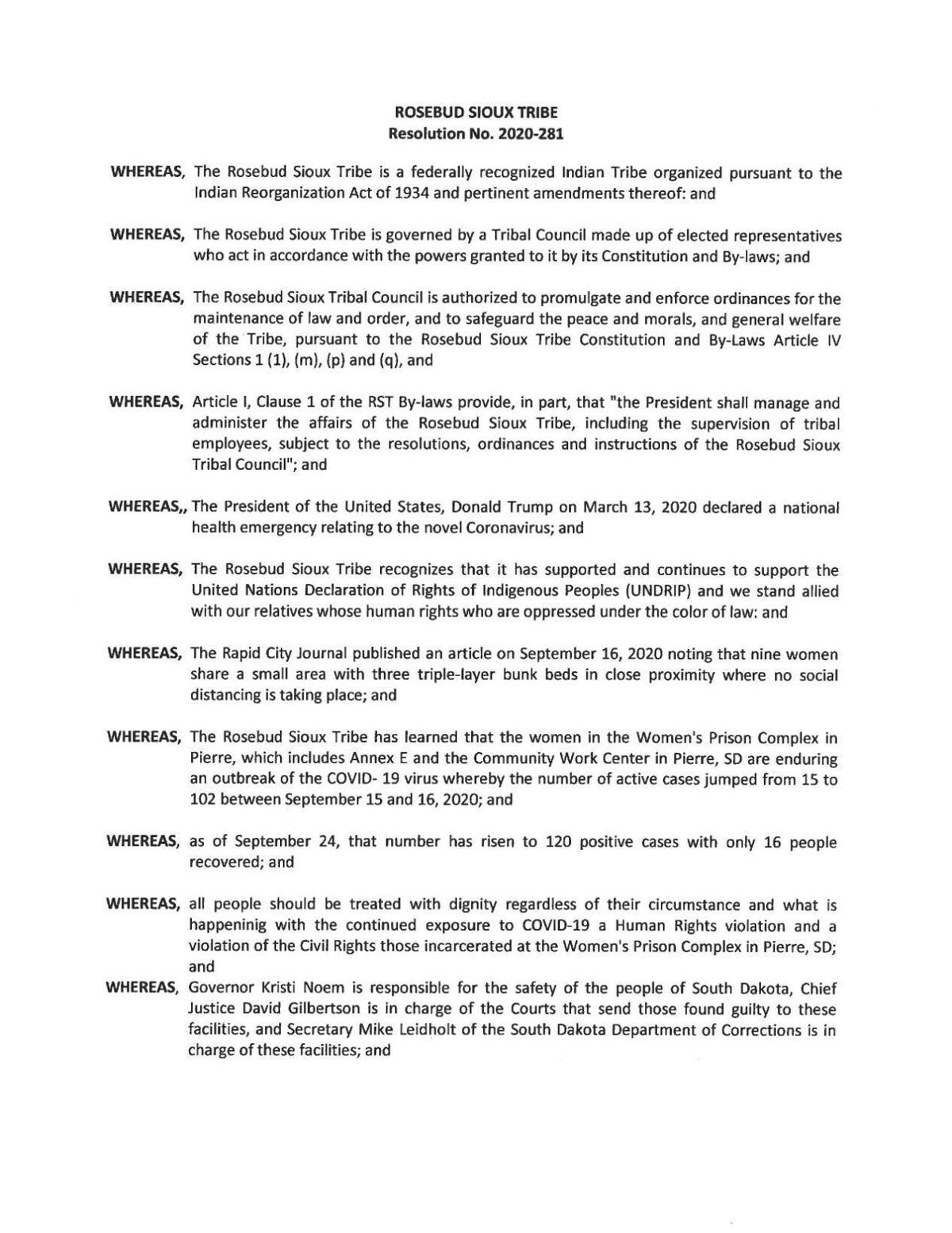 Native Americans, especially women, are over-represented in the prison system, according to Sept. 30 DOC data and 2019 Census estimates.

As of Monday, 96 residents and four staff members at the facility had tested positive for COVID-19, The GEO Group confirmed.

North Dakota health officials on Tuesday reported the deaths of 30 more people with COVID-19, one-third of them in the Bismarck-Mandan region.

The Montana Department of Corrections announced Friday that two inmates, one from Montana State Prison in Deer Lodge and another from Crossroads Correctional Center in Shelby, died recently due to COVID-19-related illness.

The number of cases of COVID-19 among both the staff and inmates at Montana State Prison continues to rise, according to the latest figures fr…

The COVID-19 at the Montana Women's Prison in Billings jumped from 5 to 48 over the weekend, according to a Montana Department of Corrections tally posted online late Monday.

Officials at the Montana State Hospital in Warm Springs are facing their largest single COVID-19 outbreak to date, with 24 active cases among patients in one wing and two more who recently died. Six hospital staff members also are positive.

South Dakota Gov. Kristi Noem on Monday showed no sign of budging from her hands-off approach to the pandemic, despite finding herself among a dwindling number of Midwest governors holding out against mask mandates.

Boarded up windows on Monday at the Rapid City Community Work Center. 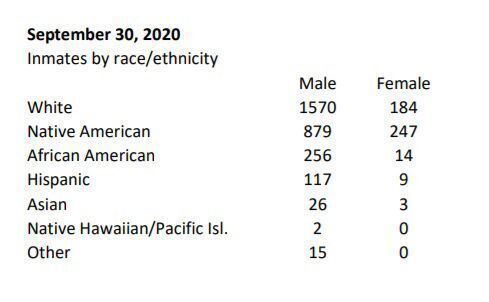 The second floor windows of the Rapid City Community Work Center have been boarded up.

Tuesday data from the DOC.

Monday data from the DOC.