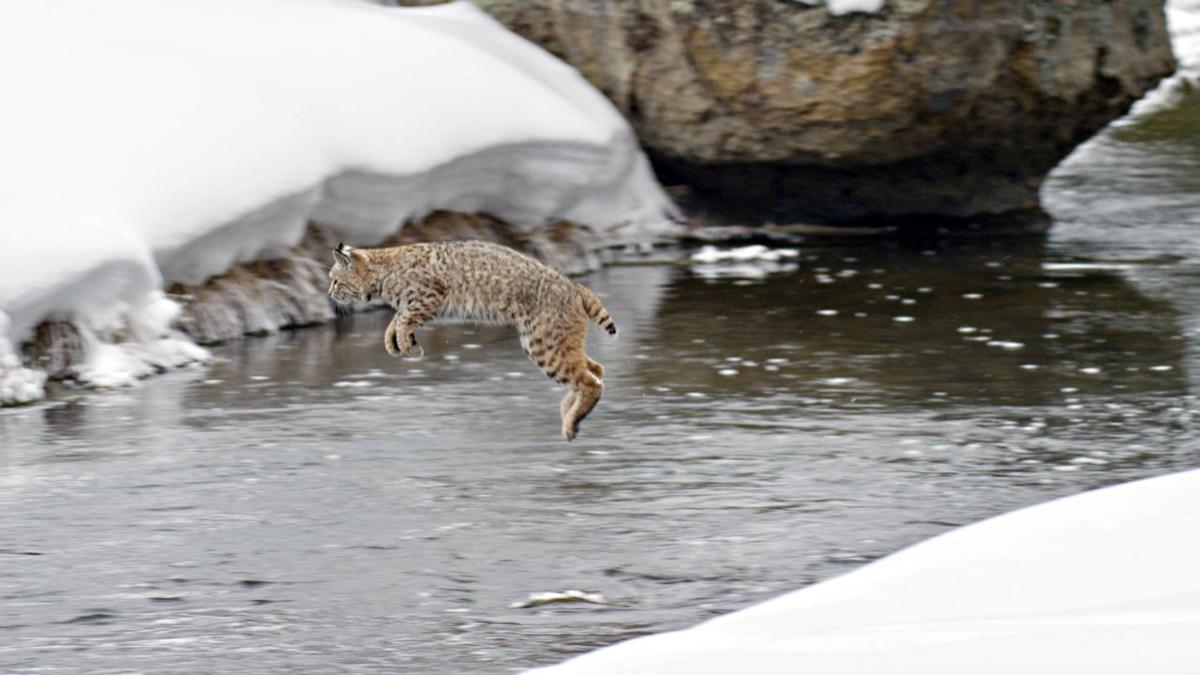 A bobcat leaps in this shot from the TV documentary series "Epic Yellowstone," which starts Sunday on the Smithsonian Channel. 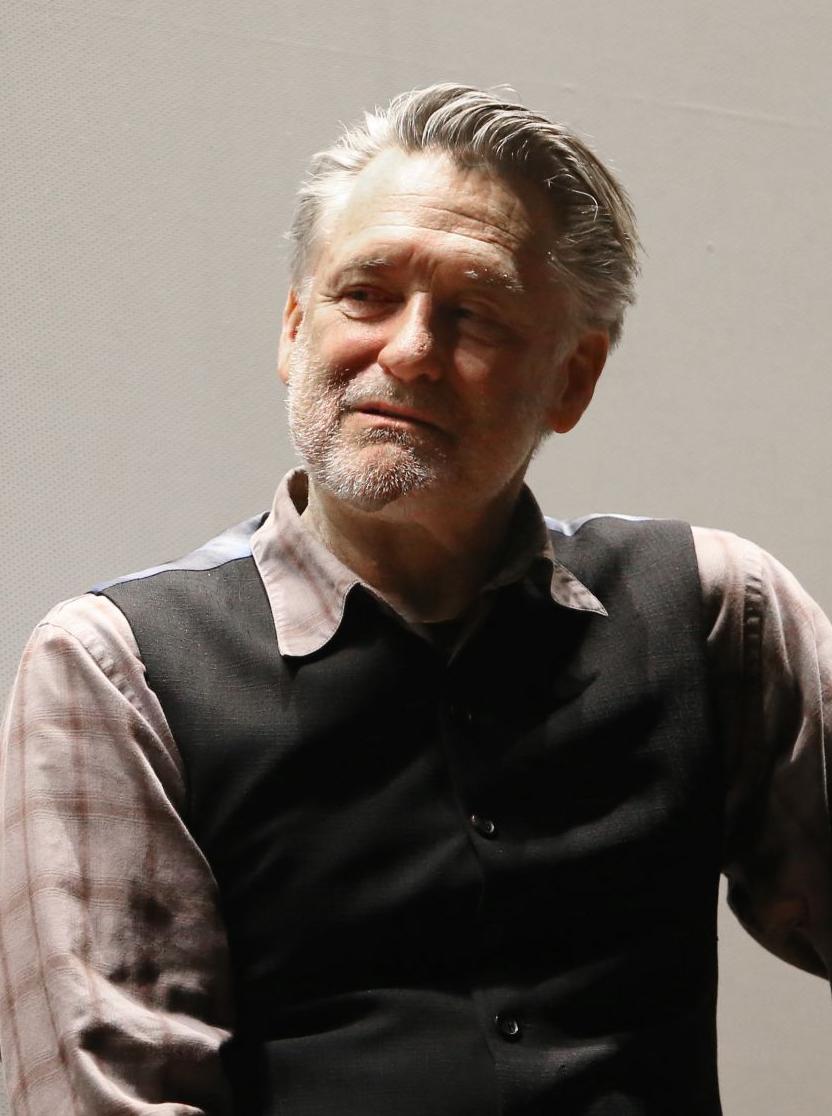 Bill Pullman answers questions from the audience after the screening of the Ballad of Lefty Brown at the Babcock Theatre in Billings on January 23, 2018.

Actor Bill Pullman, who owns a ranch outside of Cardwell and who has appeared in many major films, says narrating a new documentary series called “Epic Yellowstone" gave him “chills.”

Pullman, currently in London rehearsing with Sally Fields for a production of Arthur Miller's “Death of a Salesman” at the Old Vic Theater, told The Montana Standard by text message this week that his “awe at the filmmaking" for “Epic Yellowstone” and his awe of the story "only increased with each new installment.”

Bozeman-based filmmaker Thomas Winston, who served as the series' executive producer, said "Epic Yellowstone" stands apart from other Yellowstone National Park films and TV programs in that his team only shot actual wild animals in their natural habitat.

“Others use captive animals for close-up shots and setting up scenarios that look wild. It was really important for us to tell these stories authentically. Behavior changes in the wild. We wanted to tell the real story and keep it authentic,” Winston said.

According to Pullman, he got involved before the four films had been assembled. Winston said they chose Pullman to narrate the program because they wanted someone who would bring his or her own character to the voice-over work.

“We loved that extra layer of his character woven into our writing and voice-over,” Winston said.

Winston said Pullman was also chosen for the role because of his deep roots in Montana. He has owned his ranch outside of Cardwell for years, and before he became famous for his roles in Hollywood films such as “Space Balls” and “While You Were Sleeping,” he taught at Montana State University and joined Bozeman-based Shakespeare in the Park as a touring actor in 1977.

MSU recognized Pullman in 2018 with an honorary doctorate degree.

Pullman said the documentary gives a really close up look at wildlife in Yellowstone.

“Seeing the first one in the series gave me chills at seeing the natural world so intensely at the micro level and then, in seconds, it opens up to vast, epic and crystal clear vistas,” he said.

Winston said that because his filmmaking company, Grizzly Creek Films, is based in Bozeman, the entire team was able to film throughout the greater Yellowstone ecosystem, which covers millions of acres across three states, including Montana.

That gave the filmmakers greater freedom when shooting. They were able, for instance, to capture drone footage in natural settings outside of the park because drones are not allowed within.

Winston and co-producer Eric Bendick said that they hope their film will enlighten viewers about wildlife in Yellowstone National Park but that they didn’t make the film sound “educational.”

Pullman said celebrating the oldest and most revered of the nation’s national parks through film is a worthy endeavor.

“We can never take the world’s first national park for granted, never allow any degradation to diminish it for future generations,” he said. “We are so lucky to live within a short drive from the wonder and mysteries of life in that special spot.”

More about the series

"Fire and Ice," begins at 7 p.m. MST Sunday and will showcase Yellowstone National Park's inhabitants who survive during the coldest months.

"Return of the Predators," begins at 7 p.m. MST March 17 and features wolf and bear recovery.

"Life on the Wing," begins at 7 p.m. MST March 24. Some of Yellowstone's bird life is featured, with a bird's eye view of the greater ecosystem.

"Down the River Wild," starts at 7 p.m. MST March 31 and will take viewers along the nation's longest undammed river, Yellowstone River.

A family affair: Behind the scenes with Bill Pullman

Hollywood actor Bill Pullman said making the film "The Ballad of Lefty Brown" — being shot in southwest Montana — is unlike anything he’s ever done in the world of cinema.