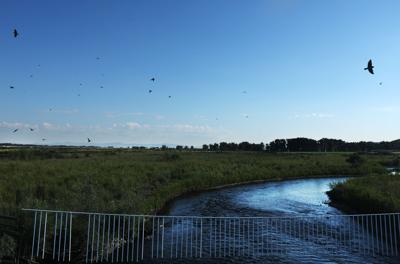 A phlebotomist pokes an arm to find a viable vein. Sometimes the subsequent stick yields nary a drop of blood.

Imagine drawing a blood sample from the brachial vein of a fidgety song sparrow.

It happened July 29 along the Clark Fork River where the stream meanders beneath the Galen Road.

It was a bird in the hand morning.

Avian ecologists Megan Fylling and Holly Garrod of the University of Montana Bird Ecology Lab, along with doctoral student Bridger Creel and others set mist nets amid streamside willows in the early morning to capture, examine and band migratory songbirds before setting them free.

They netted sparrows of different types and willow flycatchers.

They worked along a stretch of the Clark Fork River not yet remediated through federal Superfund oversight. The river and its floodplain were badly contaminated during a 1908 flood by heavy metals from tailings from mining and smelting operations in Butte and Anaconda.

River stretches both upstream and downstream where remediation has occurred have lost nearly all riparian vegetation in the course of the cleanup.

“While initial removal of the floodplain soils and vegetation feels like we’re bulldozing good habitat, within a few years we are encouraged to see a decrease in contaminants and an improvement in ecosystem health along the river,” Fylling said.

The riverbank where the avian ecologists alighted July 29 remained thick with willows and songbirds. And insects. Hatches of caddis flies and other aquatic insects emerged from the river.

“Song sparrows and willow flycatchers are indicators of good willow habitat, though the contamination likely reduces their ability to survive and successfully raise young,” Fylling said.

Songbirds eat caddis flies, mayflies, stoneflies and other insects, both aquatic and terrestrial.

Creel’s doctoral work focuses on whether the songbirds’ diet of insects reflects the contaminated river sediments or soils in which the bugs dwell or from which they emerge.

And it turns out there’s a link.

Songbird blood samples have been taken from four sites along the upper Clark Fork River Basin: at the Mill-Willow Bypass, at the Forcella Ranch stretch and at a stretch of river at the Grant-Kohrs National Historic Site, as well as farther upstream along Silver Bow Creek. In addition, reference samples have been collected from the MPG Ranch near Florence, a site without metals contamination.

The sections of river at the Mill-Willow Bypass and at Grant-Kohrs have had contamination removed and riparian vegetation has grown back in or begun to.

The songbirds sojourning along the non-remediated stretch of river on the Forcella Ranch at the Galen Bridge showed elevated levels of lead, a heavy metal, as well as arsenic and selenium, both metalloids. Lead and arsenic have long been associated with the mining and smelting pollution and related cleanup.

Biologists suspect the selenium is coming from the defunct Beal Mountain Mine, which once operated as a cyanide heap leach gold mine before its owner, Pegasus Gold, declared bankruptcy and left behind a mess for taxpayers to clean up.

Creel said researchers are studying songbirds along the remediated reaches of Silver Bow Creek. And, separately, personnel from the United States Geological Survey are studying another participant in the aquatic and terrestrial food web along the Clark Fork River — insects.

The worst streambank and floodplain pollution from the 1908 flood occurred between Butte and Garrison. But contamination washed all the way downstream to the Milltown Dam. Contaminated sediments behind the dam have been removed and transported by train to a repository in the Opportunity Ponds.

The University of Montana Bird Ecology Lab has been monitoring bird communities in the Upper Clark Fork since 2007. The songbird heavy metals research began in 2020.

Creel said songbird blood samples taken during the past two years total about 240.

Although the July 29 netting endeavor captured a host of songbirds – primarily sparrows – the only blood sample drawn was from the song sparrow. It matched the focal criteria, Creel said.

The other birds netted that morning were weighed, measured, banded for future capture, checked for fat stores and otherwise examined.

At times the avian ecologists struggled to identify with certainty what type of sparrow they literally had in hand. Was it a song sparrow, savannah sparrow, clay-colored or Brewer’s sparrow?

Sparrows can be tricky to identify.

“Sparrows are hard. Identifying any sparrow is something to be proud of,” said Kevin McGowan, author and instructor of the Sparrow Identification course from the Cornell Lab of Ornithology’s online Bird Academy. “There is no magic bullet for sparrow identification. You have to be ready to use everything in your bird identifi­cation toolkit, and you have to learn it sparrow by sparrow.”

The sparrows along the Clark Fork probably winter in the Southwest or in Mexico. The willow flycatchers winter in Mexico or Central America.

The birds migrate north for the abundant food sources and for nesting. And the thick willows along the river provide suitable habitat – at least for now.

Missoula should be targeted with any power brownouts, says Republican PSC member

If there be brownouts for NorthWestern Energy customers, let them be in the Missoula, a Montana Public Service Commissioner declared this week

Although state law does not require federal investigators to obtain approval from local law enforcement to conduct operations, the agents left the fairgrounds "reluctantly" and without issue.

A fugitive fleeing law enforcement was shot and killed Wednesday morning by officers after a foot pursuit in Montana.

In Busse's book and on the stump, he takes aim at his former industry, and himself, for an evolution he realized years ago was “really going off the rails.”

In one phone call recorded by federal authorities, the Billings contractor offered to pay a competitor $100,000 to forego state contracts in Montana and Wyoming.

Tasha Adams: “I still sometimes feel like I released him out into the world. I think of him like a grenade where I was always putting the pin back in."

Michael Burks, owner of Fuel Fitness, released a statement that alleged a Fuel Fitness employee had mishandled insurance billing, leading him to close fitness centers in Butte and Helena.

The Northeast Entrance to Yellowstone National Park is predicted to open to the public on Oct. 15, about four months after damaging floods prompted the evacuation of all tourists and a temporary closure of the entire park.

Study: The asteroid that killed the dinosaurs produced a nearly 3 mile high wave

Study: The asteroid that killed the dinosaurs produced a nearly 3 mile high wave 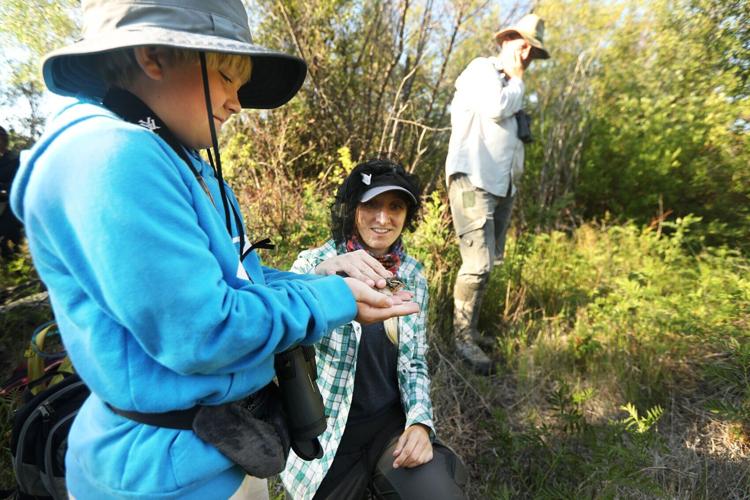 Ten-year-old Danny Richards releases a clay-colored sparrow as he and others attend a bird banding demonstration by avian ecologists from the University of Montana Bird Ecology Lab on July 29 near Galen along the Upper Clark Fork River. 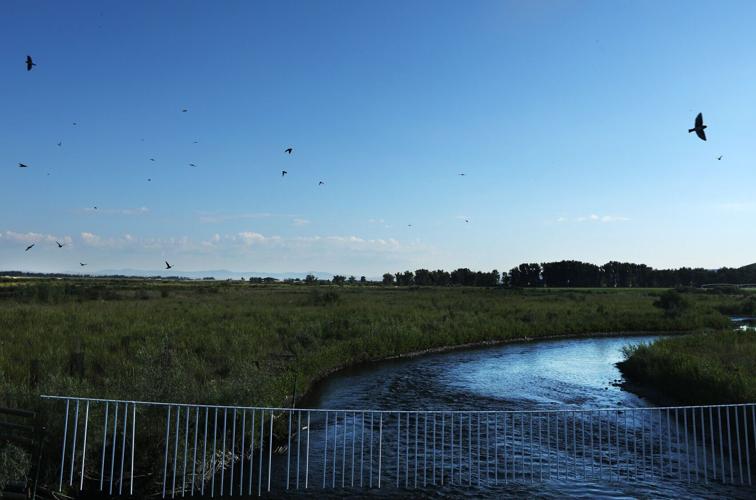 Birds fly above a remediated section of the Upper Clark Fork River on July 29. 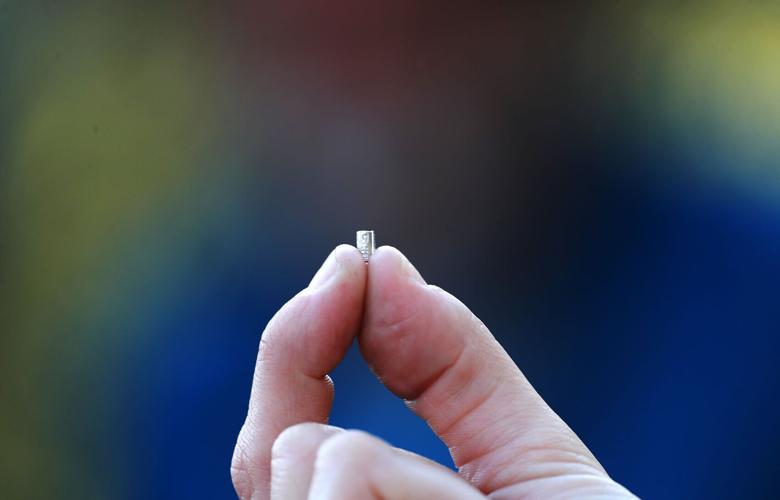 An avian ecologist from the University of Montana Bird Ecology Lab holds up a tiny, numbered band to be fastened around a songbird's leg July 29 near Galen along the Upper Clark Fork River. 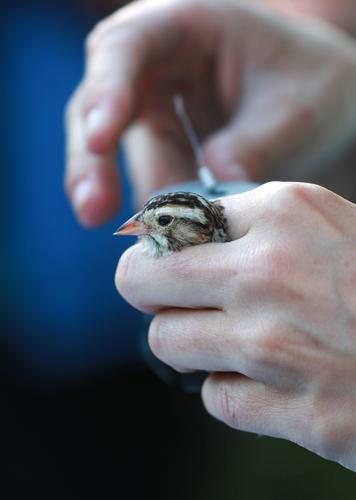 An avian ecologist from University of Montana Bird Ecology Lab places a tiny numbered band around a sparrow's leg July 29 near Galen along the Upper Clark Fork River.