Except that characterization is false, one expert says. The bill’s main purpose is to improve and secure statewide immunization databases that are already in existence.

“COVID pointed out the needs to strengthen and modernize the systems, and that’s what this bill’s doing,” said Jill Rosenthal, the director of public healthy policy at the left-leaning Center for American Progress. “It’s improving the systems that are already there.”

The Hageman camp sought to portray the matter differently.

“Wyoming Rep. Liz Cheney voted to fund the enlargement of a federal database that would track COVID-19 vaccine doses administered to private citizens and allow the federal government to contact citizens to encourage them to receive a shot,” the campaign said in a statement.

However, the bill does not create a new federal database of people’s immunization statuses, Rosenthal said.

Vaccine databases would be of particular concern in Wyoming, which is the country’s most vaccine-hesitant state and one with strong skepticism toward the federal government.

“It’s dangerous, reckless, and irresponsible for the Hageman campaign to be spreading misinformation like this. False attacks make it more likely that people will get sick. The health and safety of the people of Wyoming must be more important than daily political fights,” the statement said. “Harriet Hageman is a lawyer. She would know the truth about this bill if she read it,” the Cheney campaign said in a second statement on the topic. “Did she read it? Or did she allow her advisors to send out a false press release that misinforms the people of Wyoming?”

The Hageman campaign said it stands by the statement, adding, “If Liz Cheney trusts the federal bureaucracy to do what’s right, then that says a lot,” said Tim Murtaugh, a Hageman campaign adviser.

The bill doesn’t focus specifically on COVID-19 vaccines. Instead, the bill was spurred by a gap highlighted by the pandemic about immunizations as a whole.

The statewide immunization databases that already exist are used by providers to keep track of data such as routine childhood immunizations and communications between pharmacies and doctor’s offices about a patient’s vaccine history to ensure someone doesn’t get another dose from their doctor of something they already received at the pharmacy, for example.

Hageman issued her own statement on the vote, too.

“Taking the vaccine is a personal decision, and it is not business of the government. In the United States, we value personal privacy, and we don’t allow the federal government to identify and harass people over medical decisions they make for themselves. It is shocking that Liz Cheney would vote for this massive intrusion into most basic personal privacy, and I don’t believe Wyomingites will stand for it. This vote alone shows you how far out of step with Wyoming Liz Cheney is,” Hageman said Thursday.

“I think it’s misconstruing the purpose of it or the capacity of it to say that in any way it will be used to target people,” Rosenthal said. “It’s not a COVID-related database by any means.”

Hageman is accurate in one respect, however: Wyoming is home to a culture that opposes government getting too involved in business and personal decisions.

But the bill does protect people’s data, Rosenthal said.

The Hageman campaign’s statement is an early sign that she could be taking tips out of the Trump playbook, including standing by comments when challenged. Hageman also said that Cheney’s vote illustrates “that she has lost her mind.” Trump also likes to criticize Cheney’s state of mind, and recently called her “a psycho” and said that she’s “not the brightest person in the world.”

Cheney became one of Trump’s main targets after she voted to impeach him following the Jan. 6 attack on the Capitol. She remains one of the only Republicans who continues to regularly oppose the former president for his attempts to undermine trust in the nation’s elections system.

The Trump event is being discussed for May or June, according to a GOP document. Two sources said that Casper was being considered for the event.

Less than one in five Wyoming lawmakers are women. The state ranks sixth-worst in the nation for female representation in the statehouse.

Speculation surrounding the 2024 presidential race has already started, and Rep. Liz Cheney has sent out at least a few signals that she might be interested in a run.

Wyoming GOP votes to no longer recognize Rep. Cheney as a Republican

Wyoming Republican leaders voted this weekend to no longer recognize Rep. Liz Cheney as a member of their party following her repeated criticisms of former President Donald Trump.

There have now been 1,472 coronavirus-caused deaths in Wyoming since the pandemic arrived in March 2020.

Harriet Hageman, the Donald Trump-endorsed candidate in the U.S. House race against Rep. Liz Cheney, released her first paid ad of the campaign Wednesday as she ramps up her effort to unseat Wyoming’s lone congresswoman.

In court filings, lawyers for the defendants say the case should not be in federal court, did not sufficiently make claims for relief and failed to state its core allegations concisely.

Cheney reported her highest fundraising quarter yet, collecting $2 million. Over the entirety of 2021, the congresswoman raised $7.22 million -- a staggering sum for Wyoming politics.

An ‘Independent’ party could dominate American politics, according to study

Russian attacks around the Ukrainian town of Vuhledar

Russian attacks around the Ukrainian town of Vuhledar 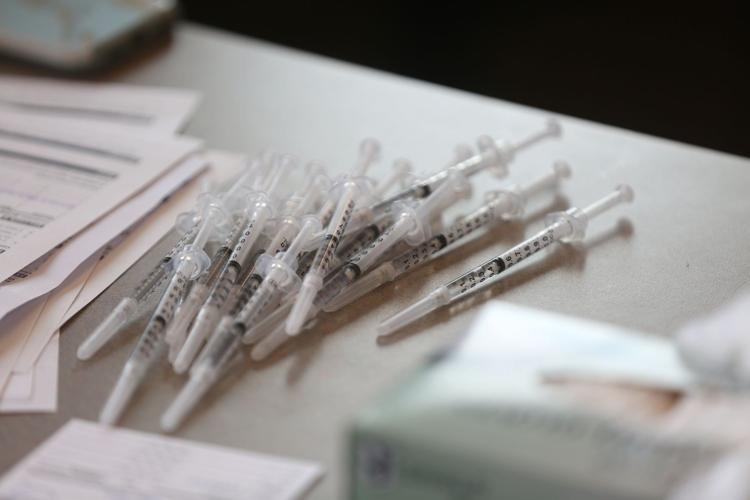 Syringes prepared with doses of the Johnson & Johnson vaccine sit on a table ready to be used at the COVID-19 vaccine clinic hosted in March at Community Health Center of Central Wyoming in Casper. 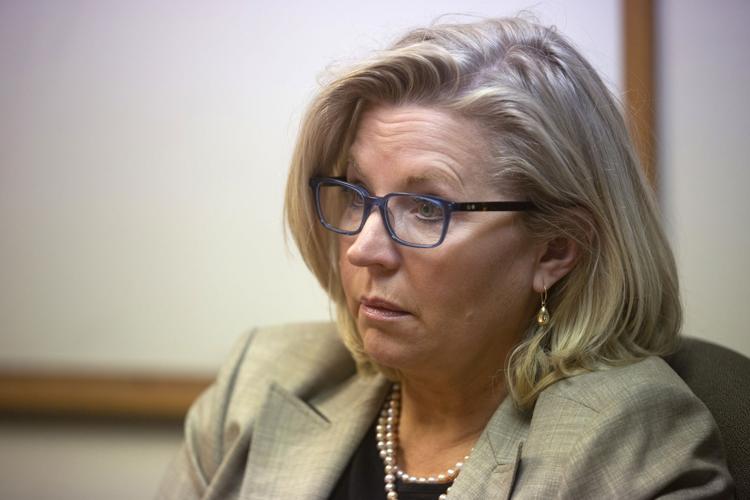 Wyoming State Representative Liz Cheney sits down for an interview with the Star-Tribune in May 2021. 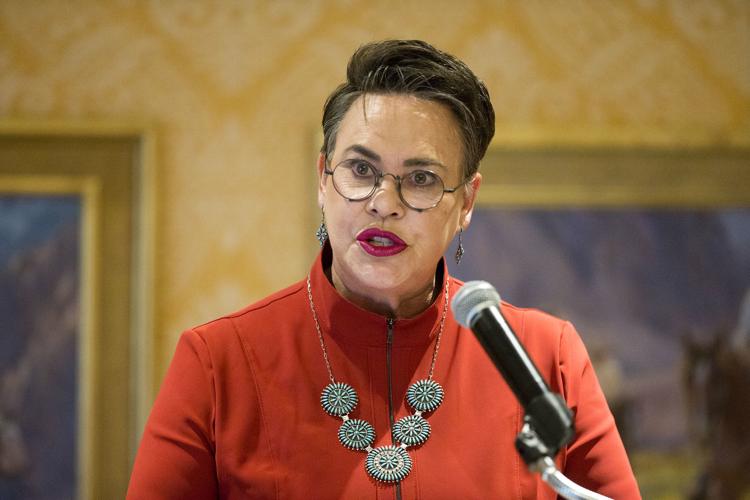 Harriet Hageman announces in front of friends and family that she will be running against Rep. Liz Cheney in the GOP primary next year.