An attorney for a mentally disabled man serving a 100-year prison term for killing a high school teacher in the Northern Plains' oil patch asked the Montana Supreme Court on Tuesday to vacate his sentence and place him under the custody of state health officials.

The killing of Sherry Arnold in the once-quiet town of Sidney called attention to a major spike in crime following an oil boom that swept eastern Montana and western North Dakota.

Arnold, 43, was killed when Michael Keith Spell of Parachute, Colorado, and an accomplice attempted to abduct her while she was jogging before dawn near her house in January 2012.

Defense attorney Wendy Holton said in Tuesday's appeal brief that Spell needs to be in a treatment setting such as Montana State Hospital in Warm Springs, not the state prison.

Spell is said to be functionally illiterate with an IQ score of 70, which "falls into the mental retardation range," according to Holton. Keeping him in prison amounts to cruel and unusual punishment in violation of the U.S. and Montana constitutions and puts him at risk of manipulation by other inmates, she said.

"Michael's disabilities require that he be placed in a facility that has training and experience in dealing with developmentally disabled adults," Holton wrote.

Prosecutors were reviewing Tuesday's court filing and had no immediate comment. The office of Attorney General Tim Fox must respond to Spell's appeal within 30 days, said spokesman Eric Sell.

Spell was convicted by a state judge last year after pleading guilty to murdering the popular math teacher. Co-defendant Lester Van Waters Jr. received 80 years in prison on a charge of deliberate homicide by accountability.

Since he arrived at Montana State Prison in April 2015, Spell has had three major disciplinary violations, said Department of Corrections communications director Judy Beck. He was found guilty by prison officials of fighting with another inmate in May 2015, flooding his cell and refusing to obey a direct order in June 2015 and assaulting another inmate this April.

After the assault, Spell was transferred from a medium security cell block to a high security area. He'll remain there until he can earn his way back with good behavior, Beck said.

During his trial, Spell was spared a potential death sentence when state health officials agreed with defense experts who said he was mentally disabled. Defense attorneys also argued that he was incompetent to stand trial, but state District Judge Richard Simonton rejected that claim.

The murder occurred as drilling for oil in the region's Bakken shale formation drew people from around the country who flooded into the rural region for work.

In the days before the crime, Spell and Waters traveled to Sidney from Colorado, looking for work in the oil patch and using crack cocaine throughout their journey.

Waters allegedly told Spell during the trip that crack "brought the devil out in him," and he began talking about kidnapping and killing a woman, according to an affidavit filed by prosecutors.

After the pair spotted Arnold along a Sidney street, Spell tried to grab her, leading to a struggle in which Arnold was choked or otherwise asphyxiated, authorities said. Spell and Waters buried her body in a field outside Williston, North Dakota, where it was found more than two months after her death.

Arnold's death galvanized state and federal law enforcement agencies to devote more resources to fighting crime in the area. Criminal offenses peaked in 2012 but have remained above historical levels, according to a report published last year by the Montana Board of Crime Control.

Fairview man gets life in prison for killing Kalispell woman

SIDNEY — A Fairview man has been sentenced to life in prison for killing a Kalispell woman that he had been dating.

The Montana Supreme Court affirmed the deliberate homicide conviction of a man who killed a law enforcement informant in 2012.

HELENA — Montana State Hospital, the state’s publicly run psychiatric facility, was set to lose its federal agreement in February because of w…

HELENA — The Montana Supreme Court has cleared Hill and Blaine county officials of discrimination in the slow, painful death of a teenager suf…

A Glasgow man was charged Monday with six felonies after allegedly attacking a Valley County undersheriff with a metal pipe last week. 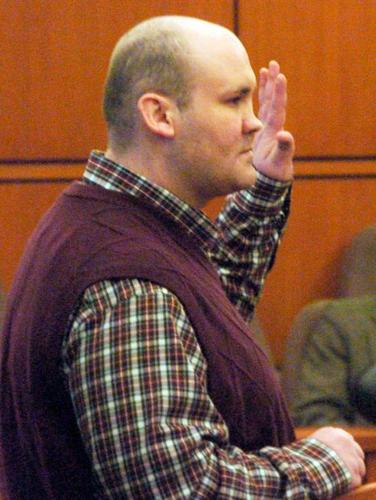 Michael Keith Spell, right, is sworn in to testify during a Wednesday, Oct. 22, 2014, hearing in Sidney, in which the 25-year-old Colorado man pleaded guilty to the 2012 murder of high school teacher Sherry Arnold. 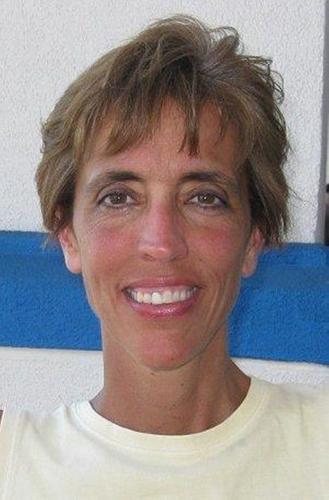