The five officers who shot and killed a man after he drove at them with a multi-ton pickup last year were justified in their use of deadly force, a coroner’s jury found Thursday.

The seven-member jury announced its verdict in the death of Preston David Bell, 24, on the second day of a coroner’s inquest. The hearing is required by Montana law anytime someone dies in police custody or in an officer-involved shooting.

Bell, who died shortly after midnight on Nov. 18, 2017, had been driving a flatbed Ford F-350 toward officers when five of them opened fire. Collectively, they fired 74 rounds in the span of six seconds.

The truck, which had been reported stolen from the Livingston area, was loaded in the bed with welding equipment and other heavy machinery.

Bell had earlier led police on two pursuits — one through midtown Billings, dodging spike strips — and had twice shown up at his ex-girlfriend’s apartment, prompting concerns about her safety, officers testified Wednesday. Bell had rammed her unoccupied car, which triggered the initial call to police that night.

After calling off the second pursuit, police tracked Bell to his mother’s home on the 400 block of Bunting Street.

In the ensuing encounter — lasting about six and a half minutes, according to Deputy Yellowstone County Attorney Ed Zink — officers approached the parked truck with Bell inside, ordered him to show his hands, sprayed pepper spray through an open window into the truck and laid a spike strip behind the truck.

Bell did not show his hands after multiple commands, according to Officer Jeff Stovall. And he rolled up his window after officers sprayed the pepper spray, despite its typically harsh effect on the body.

As more officers arrived, some took cover behind a garbage bin, while others crouched behind nearby patrol cars, they testified.

After rolling up the window, Bell turned on the truck and reversed it into the patrol car that had been parked partially behind it, multiple officers said. He then backed into a civilian’s parked SUV, which one officer had been using for cover, and pushed that vehicle over a curb onto the sidewalk. He paused, put the car in drive, and drove at two patrol cars, prompting the officers to fire.

Stovall, one of the officers on the scene, said Thursday he saw Bell driving toward the parked patrol cars other officers were using for cover, and that it would be “only seconds before he pushes through those cars and he’s on top of them,” he said.

From the vantage point of Officer Trey Malcolm, two officers appeared to be pinned between the cars Bell was driving toward. Malcolm said when the radio call came asking for officer statuses after the shooting, “I thought everyone over there was dead.”

All five officers who fired their weapons testified, as well as a use-of-force expert, the police detective who investigated the case, and the medical examiner. The officers were emotional on the stand, saying they believed Bell had killed other officers on scene.

The 74 rounds that officers fired came from three handguns and two patrol rifles. The rifle rounds are designed to pierce human flesh but shatter upon impact with metal or glass, according to Officer Tyler Bishop. That meant they were ineffective at stopping Bell from driving toward other officers.

Mike McCarthy, an instructor at the Montana Law Enforcement Academy, said the truck was being used as a weapon and that the officers were legally permitted to respond by shooting. He said if the spike strip didn’t disable the truck, shooting at the tires wouldn’t have stopped it either. He said the idea of shooting out the motor block to disable a moving or fleeing car was “TV stuff” and that the proper response at that point was for officers to disable the driver by shooting him.

McCarthy noted that officers did not begin firing after Bell hit the parked SUV because at that point Bell’s offense amounted only to a property crime. They fired when he drove at officers, using the truck as a weapon, the instructor said.

McCarthy also said on average, police officers hit their target between 15 and 25 percent of the time, and that the ratio is worse when firing from oblique angles, as in the Bell case.

McCarthy acknowledged that 74 bullets was “a large number,” but said the two officers using rifles likely fired more knowing their rounds would not penetrate the car, due to the bullet design. He said the shatter design was aimed at preventing bullets from ricocheting when they do not hit their intended target.

Bell's autopsy shows 17 bullet wounds, but the report did not distinguish whether any of those wounds were from the same bullet, Zink said after the inquest. Some wounds were to the hands and arms, while there were three wounds that were independently likely to be lethal, according to testimony from Dr. Aldo Fusaro, a state medical examiner.

Toxicology results show Bell had meth in his urine but not his blood, which Fusaro explained meant the drug had been ingested earlier and the body had already partially processed it. Bell also had an antihistamine, cough suppressant and ThC chemicals from marijuana in his system. His blood alcohol content was 0.13.

Bell's family attended the inquest but declined to be interviewed.

Frank Joey Half Jr. fired 27 or 28 rounds at officers during a 10-hour standoff at Big Bear Sports Center in November, and officers fired 116 …

Zimmerman Trail is on track for a slightly delayed reopening sometime Thanksgiving week — if the weather cooperates.

A coroner’s jury Thursday found police were justified in the shooting death of Frank Joey Half Jr. during a 10-hour standoff with law enforcem…

A man who died in a 10-hour standoff with police at Big Bear Sports in November had tried to "bait," and "lure" officers into the store, offic…

The Montana Rescue Mission continues to seek volunteers for its annual Thanksgiving meal.

Public entities shouldn't use the privacy rights of their employees as a shield against the public’s right to know, a Billings district court …

Police still searching for suspect in shooting on Billings' North Side

Police Wednesday morning were still hunting for a man who shot a second man in an alley on Billings' North Side just after midnight.

A Helena man is among three males suspected of shooting at a Jefferson County Sheriff's deputy Tuesday afternoon and hitting the patrol vehicle.

Billings police on Thursday morning were investigating a shooting on the South Side that took place just after midnight.

STANLEY, N.D. — The North Dakota Highway Patrol on Thursday released the name of a 26-year-old Parshall man who was killed after his pickup co…

Billings Police arrested a man late Monday afternoon after he fled from officers in a stolen car.

Jurors ruled an officer’s fatal shooting justified Wednesday, after he fired at a man who charged at him with what turned out to be butter knives. 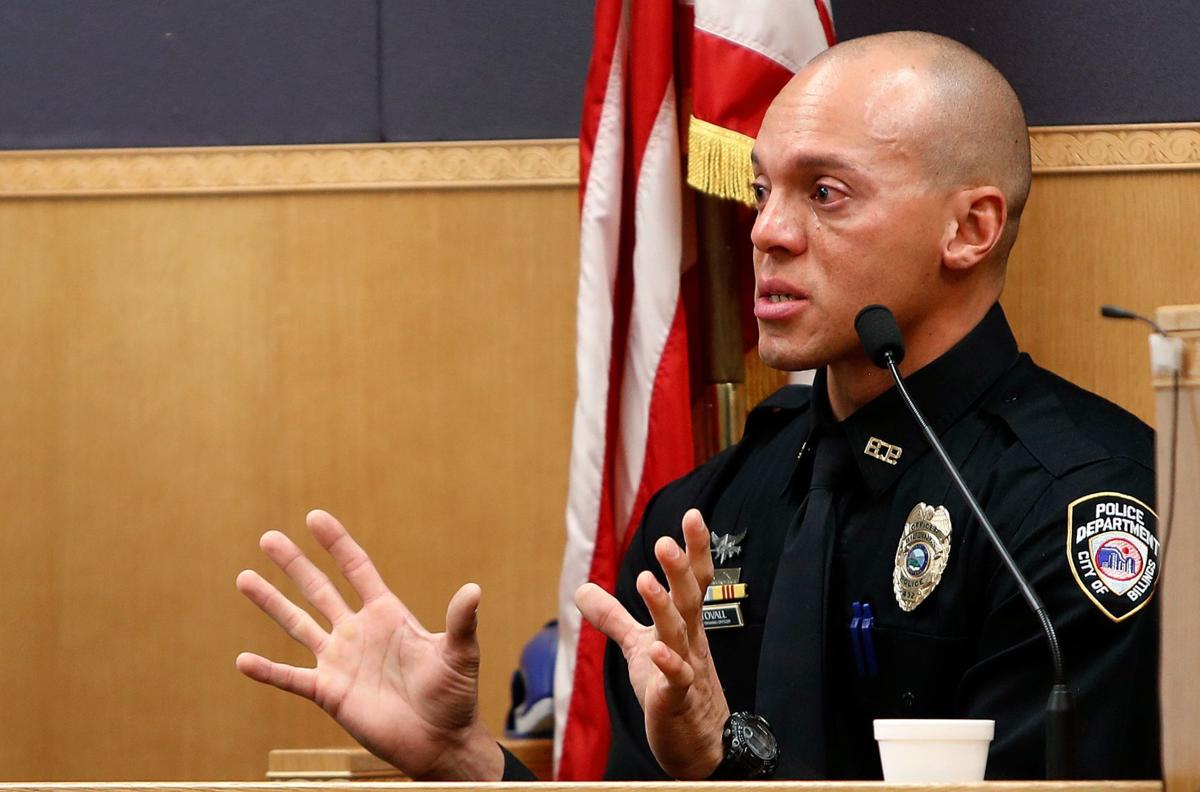 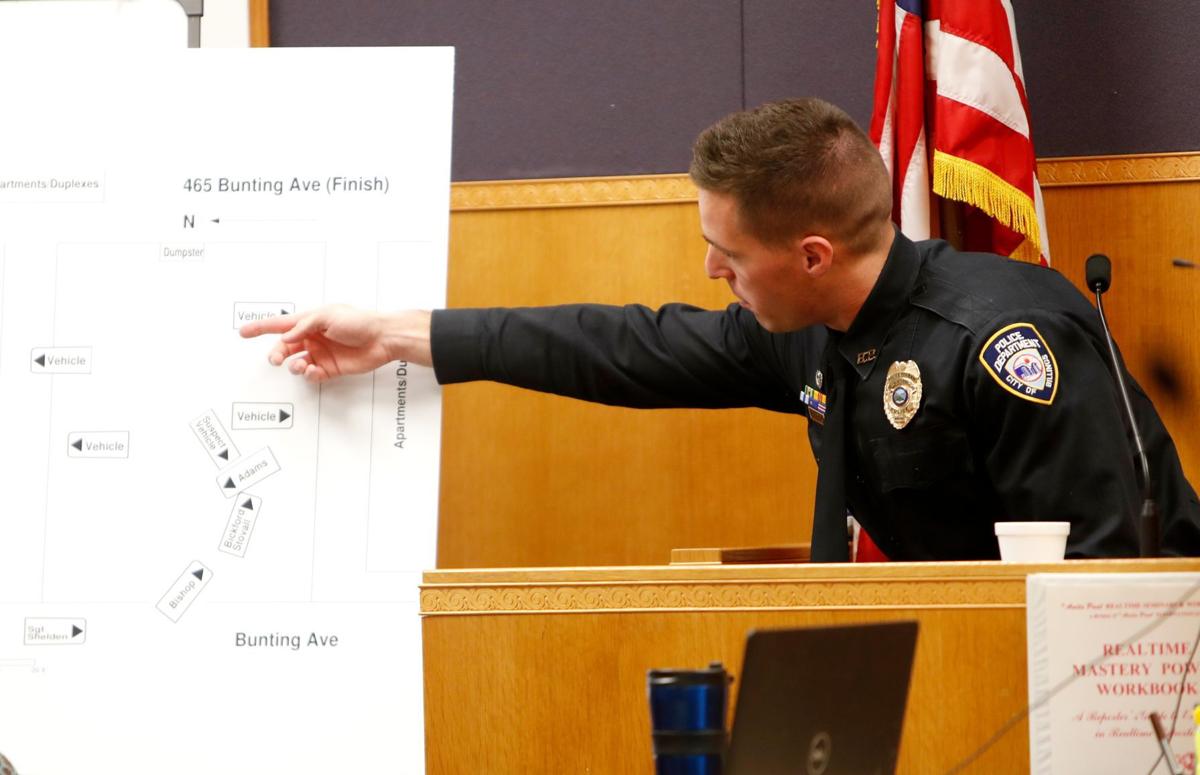 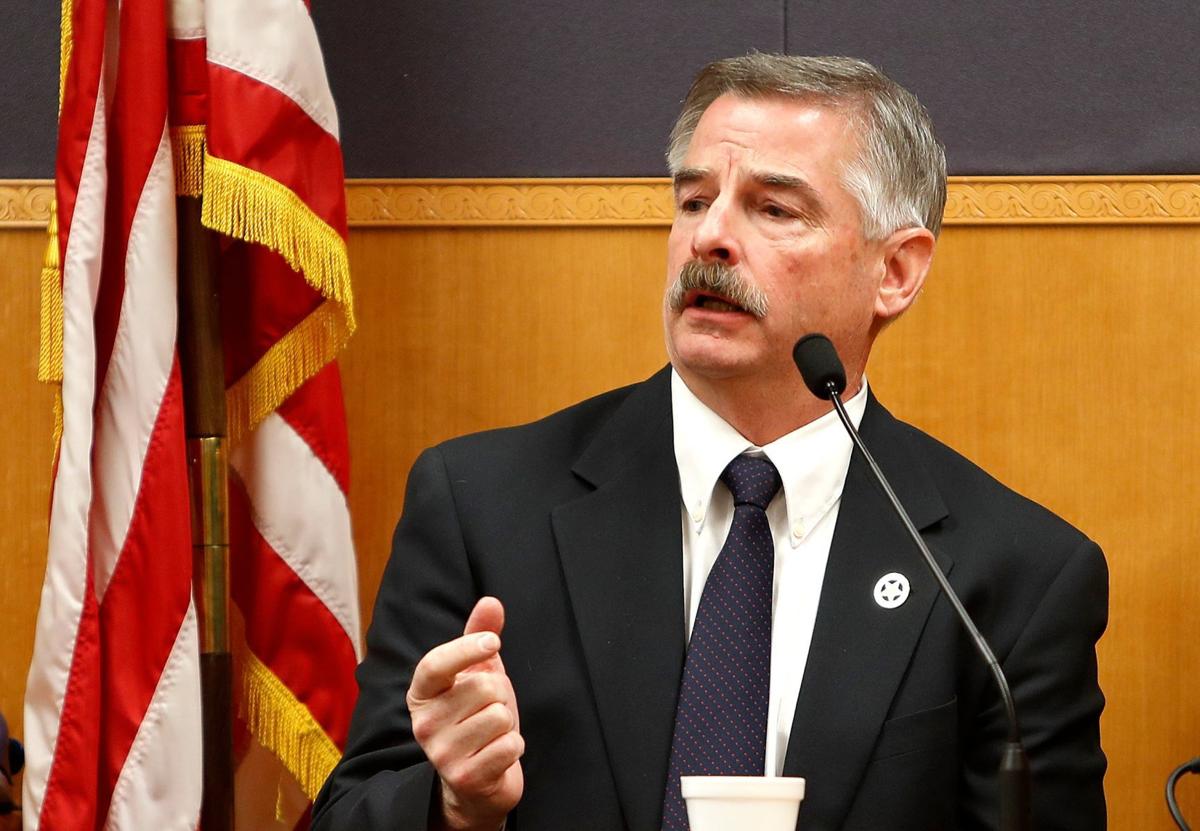 Mike McCarthy of the Montana Law Enforcement Academy talks about the 2017 officer-involved shooting death of Preston David Bell during a coroner's inquest in Yellowstone County District Court on Thursday. 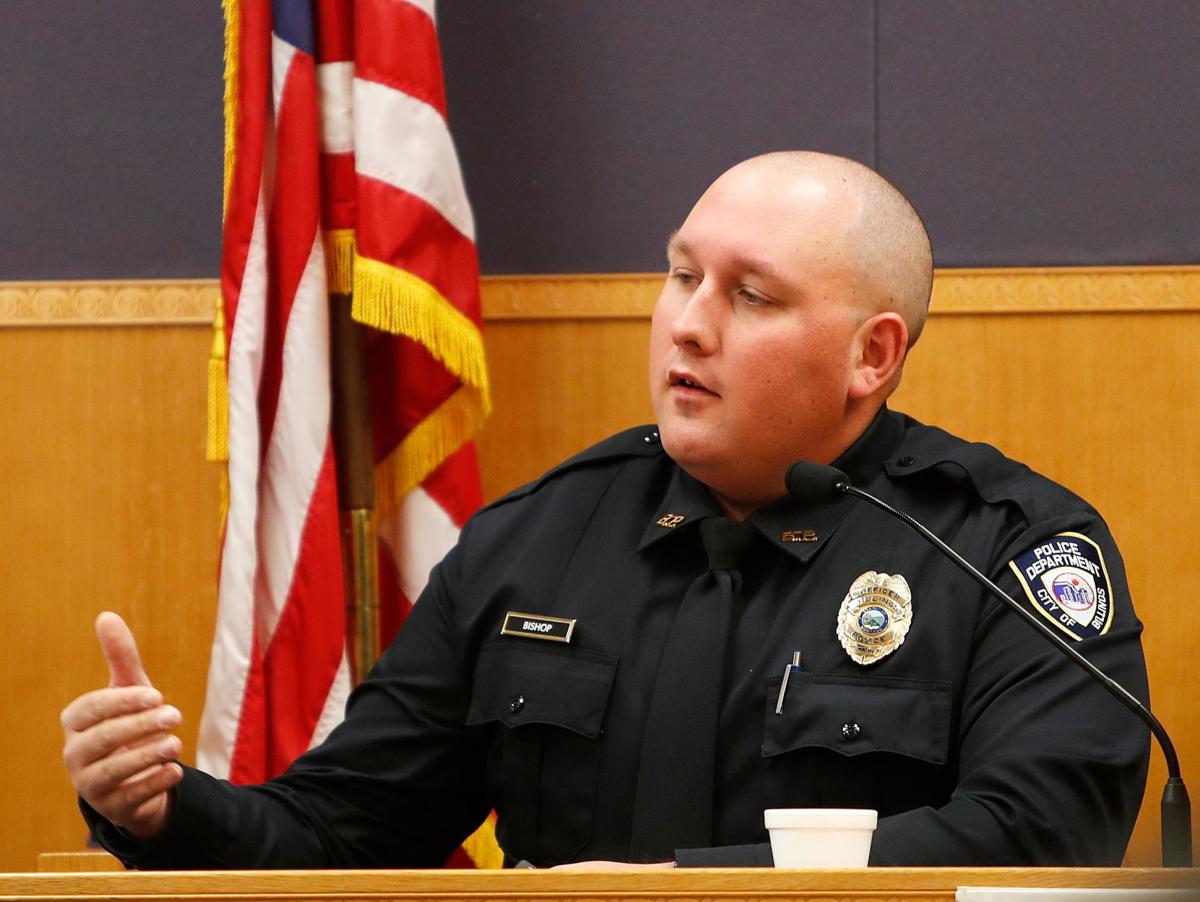