The revelation throws into question hundreds of police cases and dozens of prosecutors' cases, and prompts a major review of the department's procedures.

It is the second time in roughly three years drug cases have been affected by BPD evidence technicians stealing drugs. A second employee was fired in 2014, and later charged, after stealing drugs from the police evidence locker.

Rawlyn Strizich, 38, was fired Feb. 6 after reporting her drug thefts to her supervisor at the evidence locker, Police Chief Rich St. John said during a press conference Tuesday. Strizich was fired the day the audit was completed.

St. John called the press conference after The Billings Gazette requested information on reported evidence thefts earlier in the day.

Strizich told her supervisor Jan. 20 that she had been stealing oxycodone and other opioids. The confession came just a few days before an audit of the evidence locker was set to start.

She was suspended and then fired two and a half weeks later, after the audit was completed.

Strizich had been employed with the police department since 2013, working initially as a clerk. She became an evidence technician in 2016.

After Strizich notified her supervisor, BPD performed an initial audit of the evidence locker, focusing on drugs, cash and firearms.

That audit showed Strizich’s thefts likely affected 138 drug cases with 134 suspects. St. John said the cases were at varying stages of completion, with some still under investigation and others that had already been forwarded to the county attorney for charges.

In each case, oxycodone or other opioid pills were taken, St. John said.

The audit shows the drug thefts began appearing around July 2017, but the case is still under investigation. Opioids were missing from cases dating back to 2007, as well as cases opened as recently as 2017.

Once the BPD's investigation is complete, it will forward the case to the county attorney's office for possible charges.

About $300 in cash was also missing, along with other types of drugs, the preliminary audit found, but no connection has yet been made between those items and Strizich, St. John said.

“The M.O. was very simple,” St. John said. “Miss Strizich would search the facility’s computer system for oxycodone pills, write down the case number and location, open the package and take the pills. She would either reseal the package or simply shred it.”

BPD said there was no evidence that the drugs had been sold or traded, and BPD believes Strizich was stealing them for her own use.

The thefts occurred despite security procedures the department has in place for evidence handling, including surveillance video.

Asked whether that footage is regularly reviewed as a part of evidence security, St. John said it was impossible to assign that duty to such a small department of four — three evidence technicians and one supervisor.

A second audit of the entire evidence facility and its 61,000 items is now underway.

Yellowstone County Attorney Scott Twito estimated the evidence thefts would affect 40 felony cases in his office alone, including cases where no charges have yet been filed, cases pending disposition, and cases that have reached a disposition. A complete tally was not immediately available.

"We’re all disappointed," Twito said Tuesday. "I mean, obviously we don’t want to have a case affected because of something like this."

Twito added that he had confidence his attorneys and the police department would handle the situation properly.

“This situation underscores a conversation about our evidence operation and facility that’s been going on for two years,” St. John said.

The chief said the department was working to tighten up procedures. That will include more stringent background checks for evidence technicians, increased staffing levels at the evidence facility and possibly more frequent evidence audits. Until now, those audits have been performed once every six months.

However, the most recent full audit was performed in March 2017. It did not indicate any suspicious activity on Strizich's part, or turn up any missing drug evidence, Captain Kevin Iffland said.

Working to decrease an evidence backlog is now also a priority, St. John said. He said the evidence comes in quicker than it can be dealt of, due to lengthy investigation and judicial system procedures.

BPD is working with the city and county attorney's offices to determine next steps. It has also notified defense attorneys and local judicial officials.

St. John said he hopes Strizich gets the help she needs.

The police department is asking the city council to fund a new evidence facility to address crowding at the current site. St. John reiterated that request Tuesday but said his department also needs to double down on their operations at the same time.

“One’s facility is only as secure as the staff is honest,” he said.

In April 2016, a BPD employee was charged with stealing drugs from the police evidence locker.

Coby James Lewis was charged with felony criminal possession of dangerous drugs and misdemeanor theft of drugs. Lewis received a three-year deferred sentence and was ordered to pay $1,000 to the BPD Drug Forfeiture Fund.

In 2015, at least 15 Yellowstone County drug cases were dropped after evidence was stolen at the Montana Crime Lab in Missoula. As many as 50 cases statewide were affected by the tampering.

The thefts involved Steve Brester, a former Missoula Police lieutenant who went to work for the crime lab as a technician after retiring from the police force. Brester apparently spent only nine months working for the lab before he was fired.

“It must be noted that staff at our evidence facility are consummate professionals working in a very difficult environment,” he said. Strizich’s actions are "not consistent with nor a reflection of the professional conduct exhibited daily by that staff."

With the opening of the new Billings forensic crime lab, Eastern Montana can expect faster turn-around times when it comes to drug evidence id…

A 53-year-old Illinois man who fell to his death in Yellowstone National Park last year was looking for a supposed hidden cache of gold and jewels. Jeff Murphy of Batavia, Illinois, was looking for the treasurer that antiquities dealer Forrest Fenn says he stashed somewhere in the Rocky Mountains several years ago.

Miserable weather to continue all day in Billings

If your car actually started on the first try this morning, go buy yourself a lottery ticket.

Opponents of the Keystone XL oil pipeline from Canada are asking a judge to force the U.S. government to turn over emails and other documents related to President Donald Trump's approval of the project. Environmentalists who have sued to stop the pipeline say the documents could bolster their case that Trump's decision was arbitrary and should be overturned. Government attorneys say the documents include internal deliberations that don't have to be made public.

Carbon County law enforcement is asking for the public's help in locating a man who has been missing since Monday.

Attorneys in a decades-old child rape case revived by DNA evidence will present oral arguments before the Montana Supreme Court in April.

Wyoming native Breezy Johnson will race Tuesday night in the Olympic downhill event in South Korea. The 22-year-old Johnson is ranked 14th in the world in the discipline and is coming off back-to-back World Cup downhill top 10 finishes. Johnson raced to a career-best result of 14th in Friday's super-G during her Olympic debut.

United Airlines plane slides off runway in Wyoming, no injuries

GILLETTE, Wyo. — A passenger jet carrying 33 people slid off the runway at the Gillette-Campbell County Airport in northeast Wyoming.

Another sunny day in Billings will be slightly warmer on Wednesday, although the National Weather Service predicts wind chills as low as minus…

A shooting review panel has cleared two Yellowstone County Sheriff's deputies after they shot a Lockwood man in January. The case is now being…

First show at Bobcat Stadium in Bozeman since 1981: Imagine Dragons

Montana State University and Live Nation have confirmed a Thursday, July 26, Imagine Dragons concert at Bobcat Stadium in Bozeman as part of t…

ROCK SPRINGS, Wyo. — A Montana man pleaded not guilty in a Wyoming court to the alleged aggravated vehicular homicide of his daughter.

Wildlife official broke the law by giving grant to nonprofit his wife worked for, investigators say

Investigators say a senior official at the U.S. Fish and Wildlife Service broke the law with his involvement in awarding $324,000 in conservation grants that benefited his wife. Details on the conflict of interest finding were revealed in a report released by the Interior Department's Office of Inspector General. Investigators say that as chief of the agency's international conservation division Richard Ruggiero authorized grant awards to a nonprofit group where his wife worked as a contractor.

Federal officials must go back and review documents related to the disputed Keystone XL oil pipeline, under a Wednesday court ruling that came…

The charges are piling up against a Ballantine man suspected in a string of ATM hits.

When Billings Police employee Coby Lewis was caught stealing oxycodone pills from the evidence locker three years ago, the department could ha…

Billings attorney Brian Kohn has been suspended indefinitely by the Montana Supreme Court.

An employee accused of stealing drugs from the Montana State Crime Lab in Missoula pleaded not guilty to nine charges in Missoula County District Court on Tuesday morning.

'The only pain relief I got': Some patients mired in pain as Montana reduces opioid prescriptions

ALBERTON — Cobwebs are gathering on the 1880s jewelry display case in Dan Miller’s shop. He’s placed a dropcloth over much of the massive piece; it’s been there so long dust has gathered in the creases.

Two years ago, the federal Drug Enforcement Administration sent out a warning to law enforcement officers across the country about the deadly consequences of mishandling the powerful opioid fentanyl.

U.S. Attorney General Jeff Sessions affirmed his department's effort to reduce crime and drug trafficking during an appearance in Billings on Friday.

Billings airport upgrade scheduled to be completed in 2022

A former Billings Clinic nurse accused of using fake names to get prescription painkillers has received a deferred prosecution. 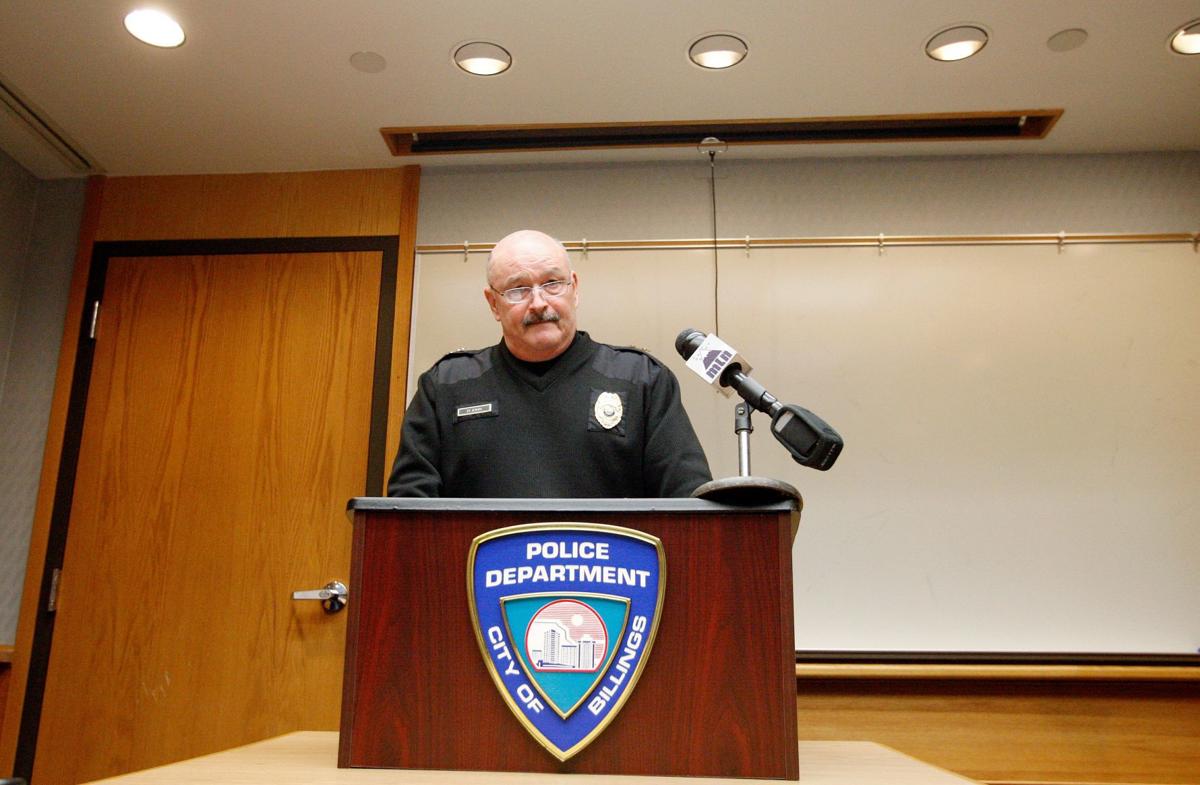 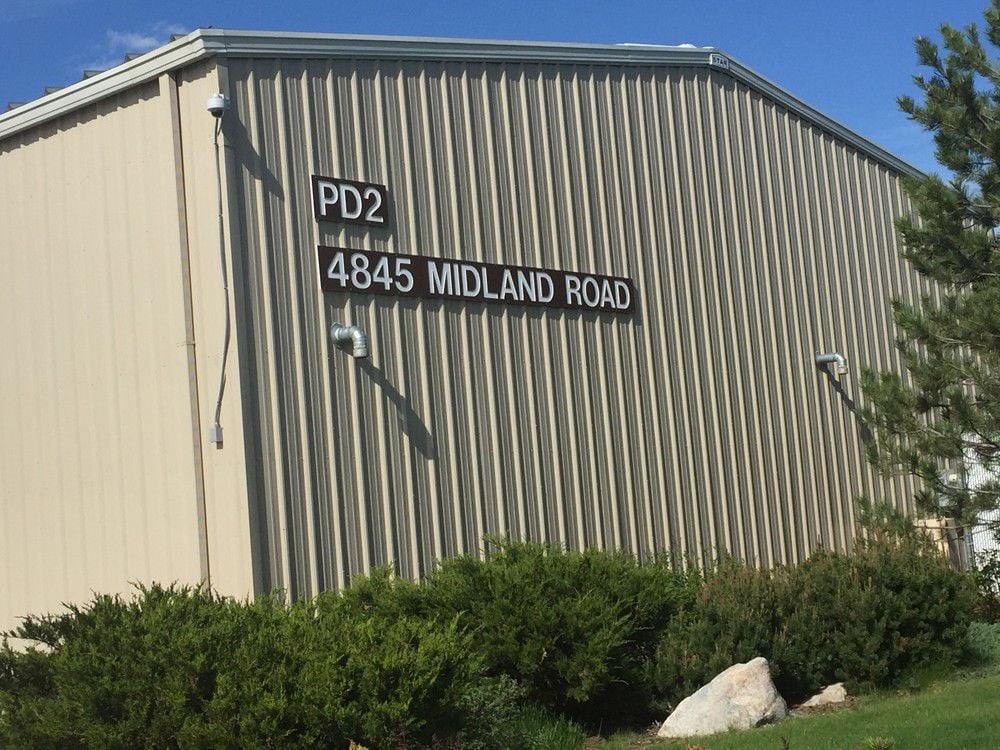 The Billings Police Evidence Building is on Midland Road. 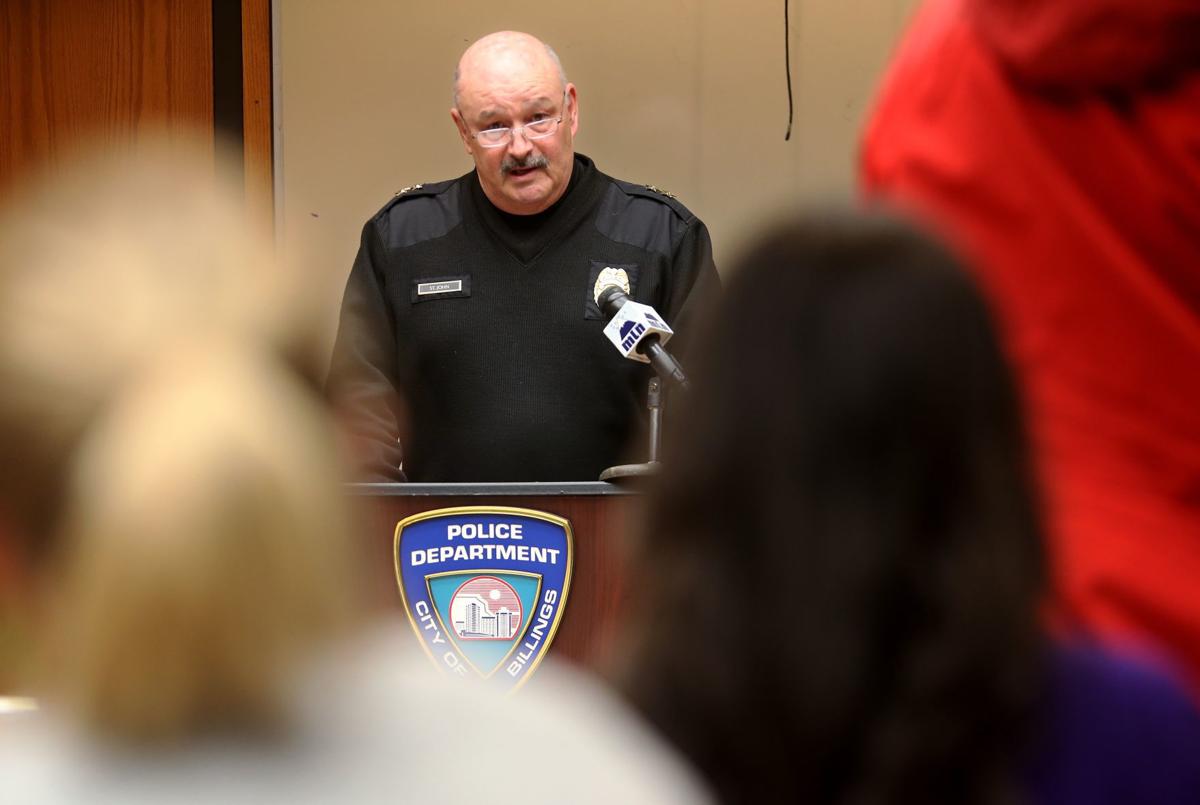